Late last year the Cinematheque Française rediscovered an early Sherlock Holmes adaptation showcasing one of the Edwardian era’s greatest stage performers of the role. Ninety-nine years and one swift restoration later, how does it play? 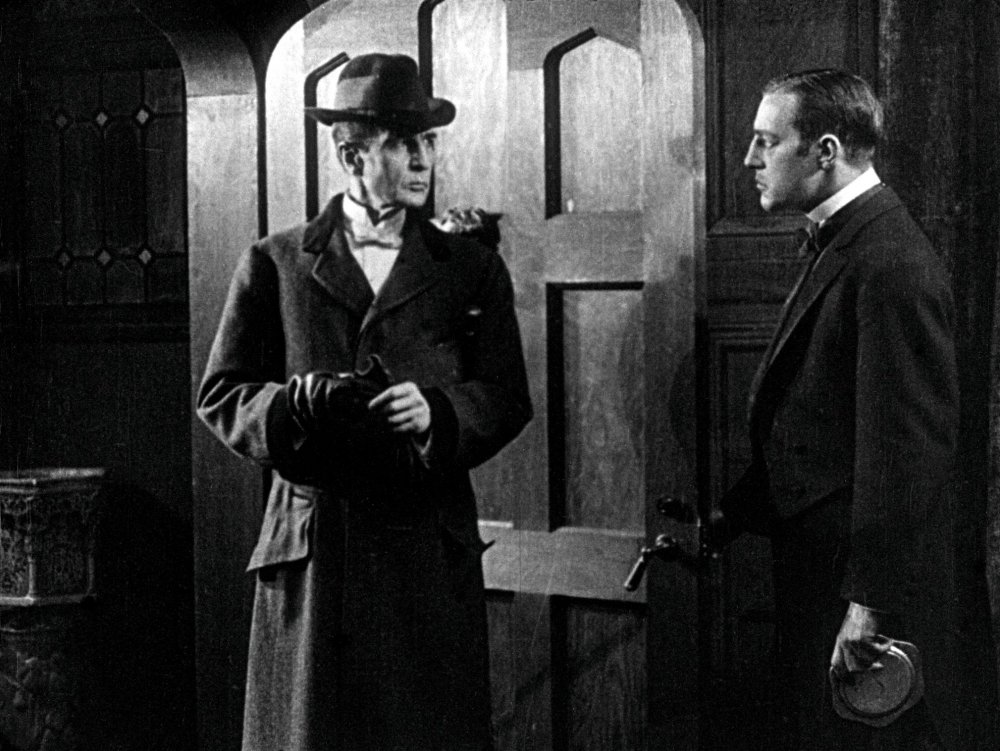 ‘A priceless record of a seminal performance’: enter William Gillette as Sherlock Holmes

In Bill Condon’s charming Mr. Holmes, scheduled for a UK release in June, Holmes pshaws the expectation that he’d be sporting a deerstalker cap while smoking a calabash pipe. Never used such props, he declares: “Mere embellishments by an illustrator, intended to give me distinction, I suppose.” 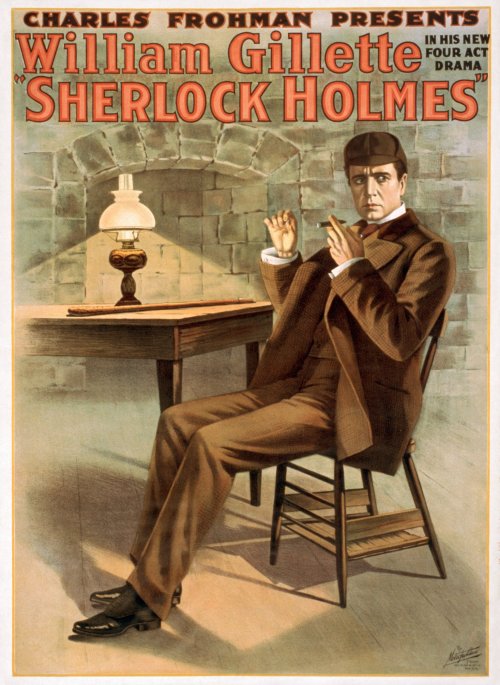 The line is only partly true – Sidney Paget, illustrator of the original Holmes stories in The Strand, did occasionally put Sherlock in a deerstalker, but his pipe was always simple and straight. It was Frederic Dorr Steele, in Collier’s magazine, who dressed the character in the style we’ve come to expect, yet Steele didn’t invent the trappings, nor did he take them from Conan Doyle. Instead he based his illustrations, including facial features, on the American actor William Gillette, the most famous Holmes of his day, said to have played the role on stage 1300 times between 1899 and 1932. That’s why Baker Street Irregulars and silent film fans let out shrieks of excitement in October when the Cinémathèque française announced it had found a nitrate print of the long-sought-after 1916 Sherlock Holmes, Gillette’s only screen appearance.

Usually lost films make the ‘most wanted’ list based on their director: Lubitsch, von Sternberg, Hitchcock. In this case, the drawing card is Gillette, since the director, Arthur Berthelet (1879-1949), was an unknown quantity. Apparently the Cinémathèque made a note that they had the film, somewhere, but the reels were mis-shelved (some reports say the canisters were mislabeled); whatever the case, preservation was sped through and the new print unveiled at a sold-out screening in Paris on 31 January, to an eager audience, some sporting said cap and pipe.

Gillette received permission from Conan Doyle to rework his most celebrated creation just when the author was tired of being solely identified with Holmes: “You may marry or murder or do what you like with him,” was the response. Largely adapting A Scandal in Bohemia, with elements from The Final Problem and A Study in Scarlet, the play Sherlock Holmes opened in New York in 1899, when Gillette was already a famed actor and playwright. (Like Conan Doyle, Gillette also became sick of his association with Holmes, yet knew better than to toss aside such a lucrative money-earner.) It was an instant hit, crossing the ocean in 1901: Edward VII attended a performance the day after the mourning period for Queen Victoria ended. 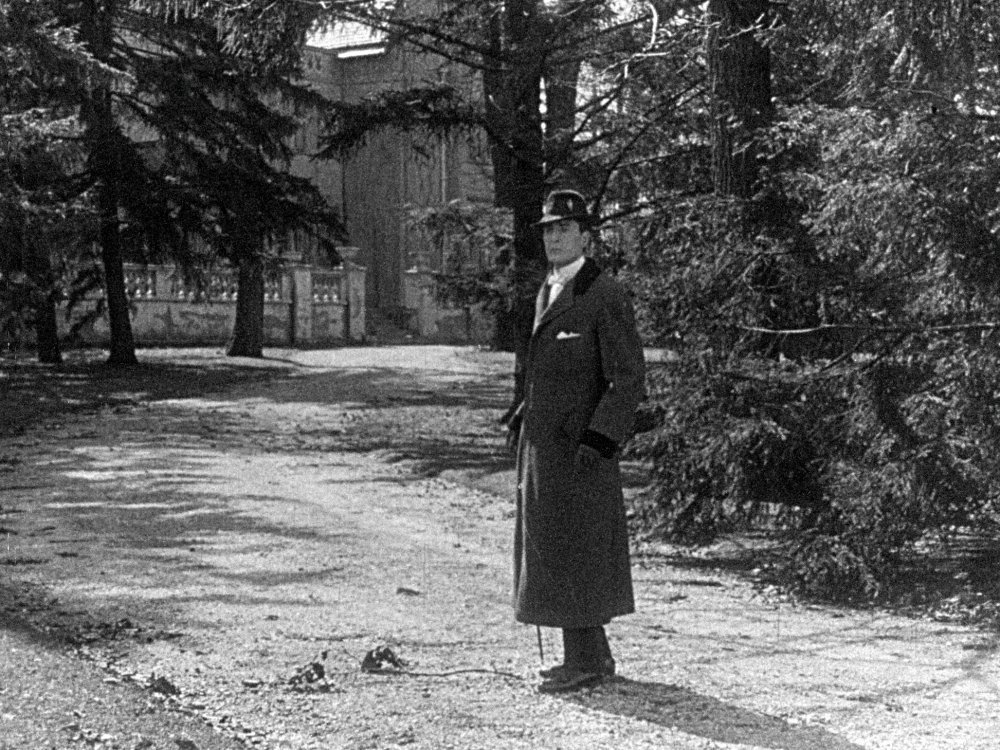 Chicago-based studio Essanay wooed Gillette to appear before the cameras in 1916, under the direction of Berthelet, a former actor and stock company manager. Contemporary accounts report that Henry B. Walthall gave Gillette tips on how to adapt his style for the screen, and Edward Arnold, in his overlooked autobiography Lorenzo Goes to Hollywood, writes that Gillette refused to take direction from Berthelet until he’d conferred with his “Man Friday.”

Did it pay off? In terms of acting, yes, for Sherlock Holmes’s value lies as a priceless record of a seminal performance. Descriptions of Gillette on stage mention his “imperturbable gravity,” his “grim masterfulness and sarcastic wit,” all elements very much on display in the film, where the actor’s ‘lethargic’ sobriety gives way to a welcome display of irony (also tangible in the radio recording available on YouTube).

Few will argue that Sherlock is a great film – Berthelet appears to be a workmanlike director unable to open out the staging beyond its theatrical origins (though there are some excellent fades). Yet cause for celebration remains, and if in retrospect Gillette seems a less human Holmes than the superb Eille Norwood, he nevertheless looms large in forming our understanding of one of the world’s most enduring literary figures.

Those wanting to know more should track down a copy of Thierry Saint-Joanis’ extraordinary labour-of-love, Le Guide du film Sherlock Holmes (1916), printed in January by the Société Sherlock Holmes en France. The final word goes to the Moving Picture World’s critic James S. McQuade, writing on the film’s release: “I did not ask whether it had been done or not, but I hope that Essanay took good negatives of this subject, so that the period of future time during which positive reproductions can be successfully made, shall be prolonged to the classic limit.”