Disney’s live-action remake of the panto classic lends the latest digital slicks to a global grab bag of song-and-dance plunder.

from our forthcoming July 2019 issue 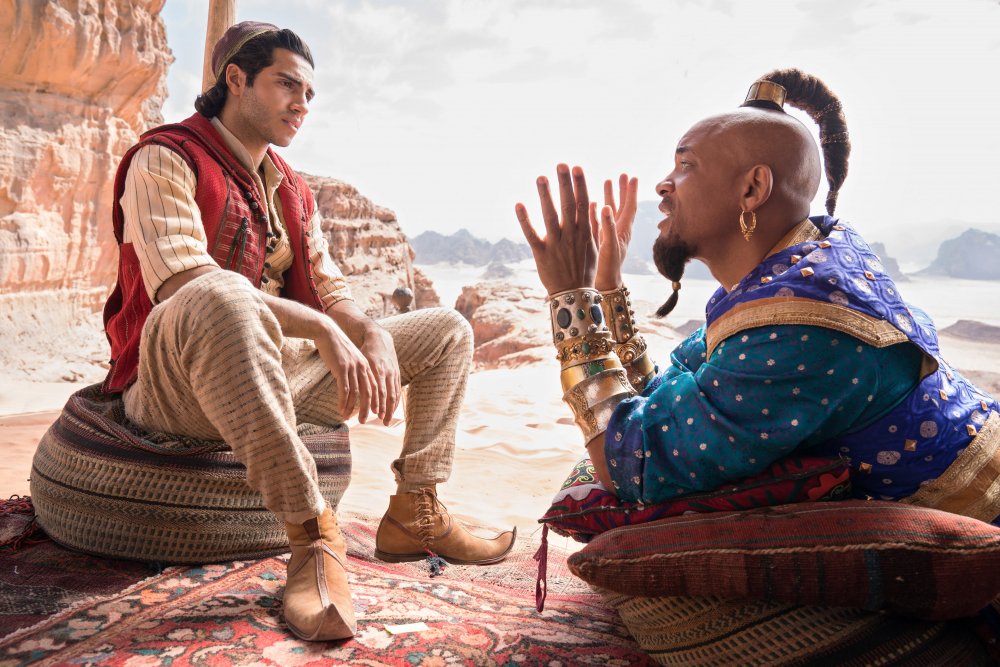 The Disney ethos has always involved frequent returns to the Cave of Magical Treasures to polish up dusty old lamps and release genies of unending profit. This latest Aladdin is another in the company’s series of live-action remakes of cartoon properties farmed out to semi-interesting auteurs (Jon Favreau’s The Jungle Book, Tim Burton’s Dumbo). It is also, as with The Lion King and Beauty and the Beast, a third stab at a property that has had an interim run as a stage musical. Maleficent (2014), first of the live-action ‘reimaginings’, was a Wicked-influenced telling of Sleeping Beauty (1959) from the viewpoint of the story’s villain – an approach abandoned here in favour of doing the same script again with expeditious trims (a contentious lyric about ear-cutting has been lost from the Arabian Nights song) and low-wattage supporting casting around a would-be showstopping star turn.

The cartoon Aladdin (1992), directed by John Musker and Ron Clements, owed a great deal to Alexander Korda’s version of The Thief of Bagdad (1940), to the extent of borrowing its villain (Conrad Veidt’s sorcerer Jafar) and replacing the ‘new lamps for old’ business with special-effects sorcery. That debt carries on here, with Will Smith’s genie looking and acting more like Rex Ingram in Korda’s film than the cartoon voiced by Robin Williams. Though CGI-ed into a blue-skinned, smoke-below-the-waist special effect, Smith – who does double duty as the teller of the tale in a frame sequence – spends much of the film in human form, involved in his own love-interest subplot and breaking several of the ‘rules’ of the story in order to nudge things along to a happy ending. He tells Aladdin (Mena Massoud) that he can’t wish for more wishes, yet grants Jafar’s wish to become a sorcerer – which, in essence, is the same thing. And he misses a trick when the villain makes a bland statement – “I wish only for glory for the kingdom of Agrabah” – that could easily be counted as one of his wishes. 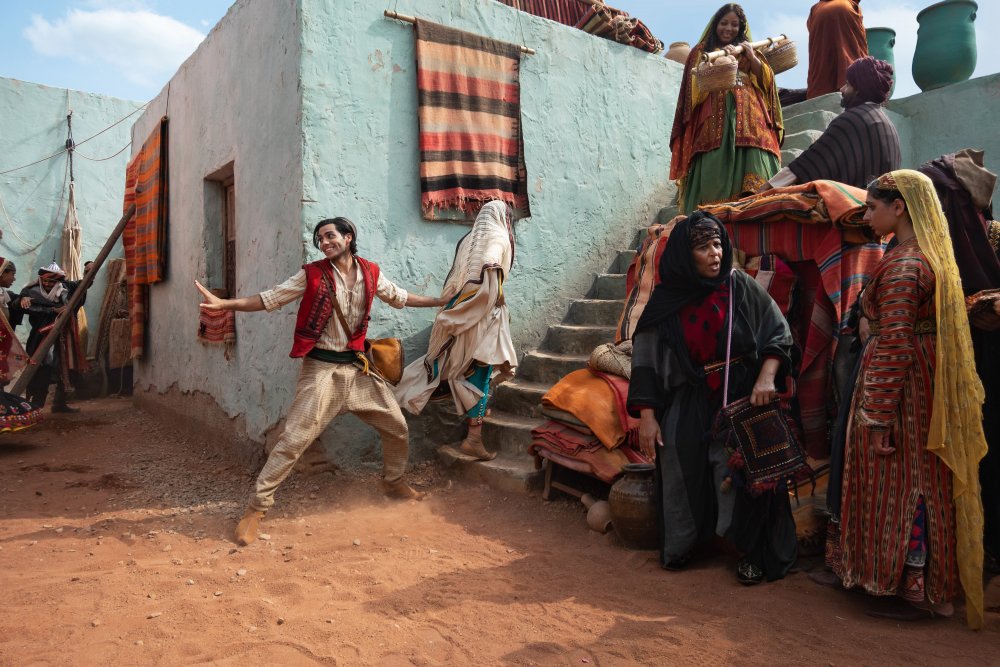 Massoud’s parkour-practising Aladdin and Naomi Scott’s glass-ceiling-smashing Princess Jasmine aren’t really allowed space to develop readings of the roles when Smith is due to pop out of a lamp at any moment to murder a song or flog a comedy routine. As with Favreau’s Mowgli, the casting ethos has advanced to the point when performers with the right skin tones get to play Middle Eastern or Asian characters… but only if their line readings sound straight from 1950s white-bread American suburbia. Even Sabu, as far back as the 1930s, was allowed to have an Indian accent.

Director Guy Ritchie comes to this after putting his own spin on Sherlock Holmes and King Arthur, and is at least invested in the story of a rascally thief and a socially conscious princess. In the meet-cute scene, he has Aladdin and Jasmine feed starving orphans at the expense of an understandably grumpy baker, expressing an aristocrat’s preference for twinkling crooks over dull working people that’s been part of the Ritchie shtick since the Lock, Stock days. Indeed, the smugness of the roguish couple suggests this might have profitably gone the Maleficent route and told the story from the viewpoint of a villain who, for all his faults, has actually bothered to run the city.

Given that this story – a Middle Eastern fable set in China, tipped into The Arabian Nights by a French translator – is unavoidably a riot of cultural appropriation and inappropriate references, Ritchie’s staging of the musical numbers with Bollywood moves makes as much sense as anything else. However, his habit of having people stand centre screen and belt out lyrics while grinning is more redolent of the Aladdins that have long been a mainstay of tattier provincial pantomimes.