Reteaming with his studio alma mater, former misfit laureate Tim Burton fails to breach the corporate glass with either wit or weird. 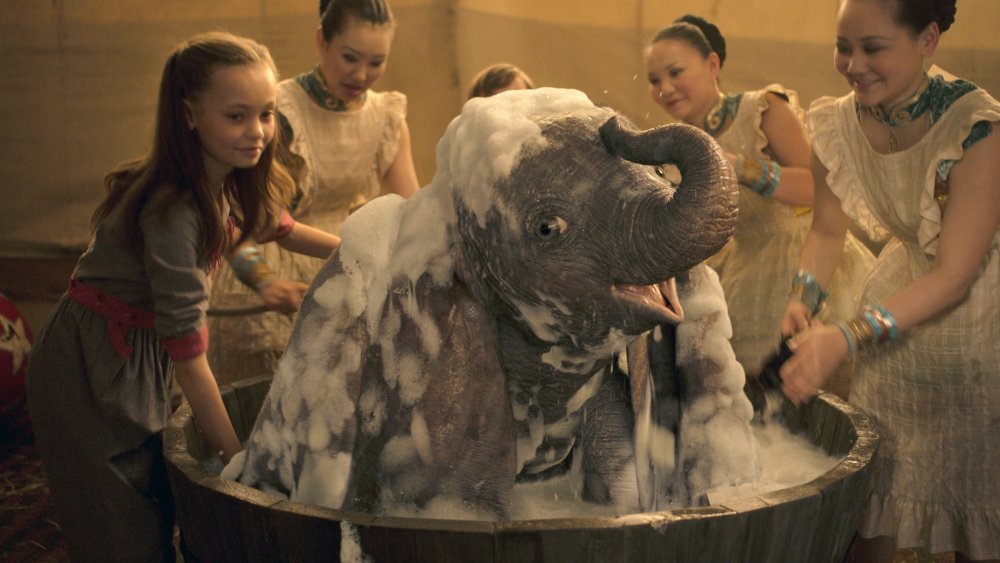 Produced on the cheap to turn around Disney’s flagging fortunes during World War II, the first Dumbo (1941) made a virtue of its circumstances. Adapted from a slender children’s book, the film told its tale with forceful economy: circus elephant is born with deformity, ostracised, then redeemed by magical skill. Big emotions and simple sentiments, all in 64 minutes.

The most that can be said for this remake, which runs to nearly twice the length, is that it isn’t just a hi-tech rerun. The original film’s story is recapped in the first act. Once Dumbo has learned to use his outsized ears to fly – and demonstrated it many, many times – he is sold to a glitzy fairground. Cue a drawn-out showdown between his stalwart keepers and avaricious new owner (an enjoyably sniffy Michael Keaton), in which the pachyderm himself is sidelined. The film has a live-action cast, with the animals rendered in hyperrealistic CGI.

This approach, presumably motivated by a desire to put stars on screen, has deep implications for the plot. Whereas humans barely feature in the 1941 version, this one is full of them, and short on things for them to do. The old Dumbo was shunned by his fellow elephants – here was a piercing indictment of how we mistreat our own misfits. In the remake, there are no elephants to mock him, and the film doubles down instead on a message that was always implicit in the story: exploiting animals is bad. 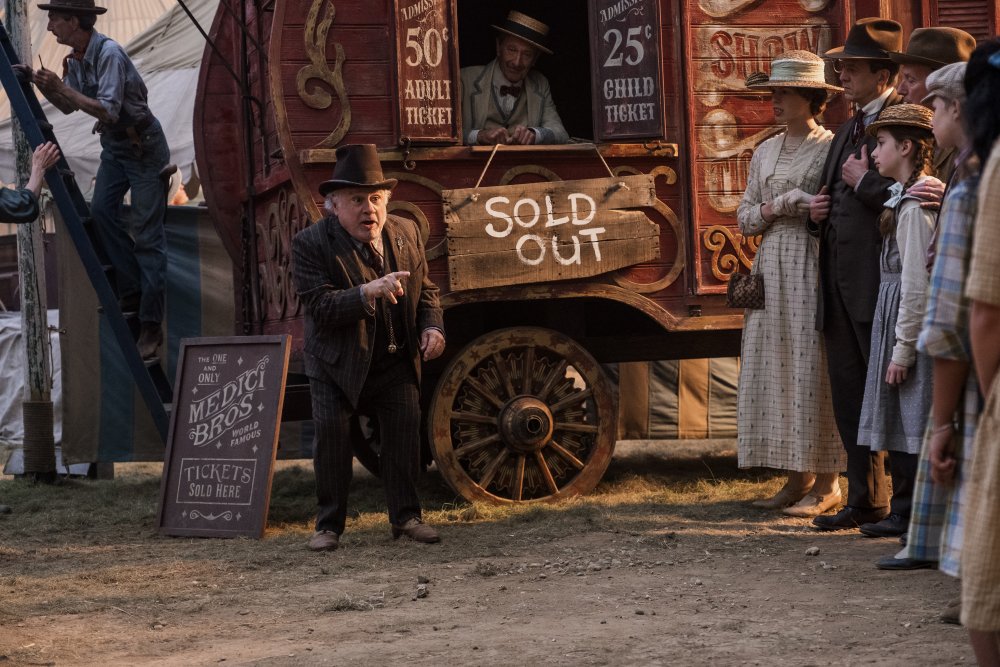 This is a worthy moral nonetheless, but it’s weakened by Ehren Kruger’s unforgivably slapdash script. Effects-laden set pieces alternate with scenes in which the humans stand around narrating Dumbo’s feelings. Colin Farrell plays his keeper Holt with a droopy melancholy and a wayward Southern accent; he scarcely seems to have feelings at all. His daughter Milly (Nico Parker) has a scientist’s inquisitive spirit (“I want to be noticed for my mind,” she announces), yet she doesn’t blink at elephants flying. Other characters, including Danny DeVito’s rumpled circus manager, become redundant long before the end, yet hang around like discarded pets.

The director is Tim Burton, a man Disney fired as an in-house artist in the 1980s because it deemed his ideas too weird. How things change. The studio rehired him to direct 2010’s Alice in Wonderland, deploying his gothic camp as a fig leaf to conceal a ploddingly conventional fantasy plot. But while Dumbo has the premise of a Burton movie – an outsider cast adrift in a carnivalesque world – it hardly feels like one, with the director’s signature visual style subsumed into a world of sunset hues and glassy CG veneers. The fairground, with all its potential for Burtonesque mischief, just looks like Disneyland. The whole thing is lathered with Danny Elfman’s treacly score. There’s a stunning moment in Burton’s last film, Miss Peregrine’s Home for Peculiar Children (2016), when a battered mechanical elephant comes to life. It hints at what this could have been, under different conditions.

Disney made the original Dumbo mid-crisis, yet still turned out a work of ingenuity and daring. Now more secure than ever, it has retreated into the safety of franchises. This is the worst instalment yet in its timid run of remakes. If the film flops like it deserves to, at least the studio will be reminded that it can always change course.