Mar Diestro-Dópido talks to an elusive Catalan film legend about his career encounters, from Buñuel to Lorca. 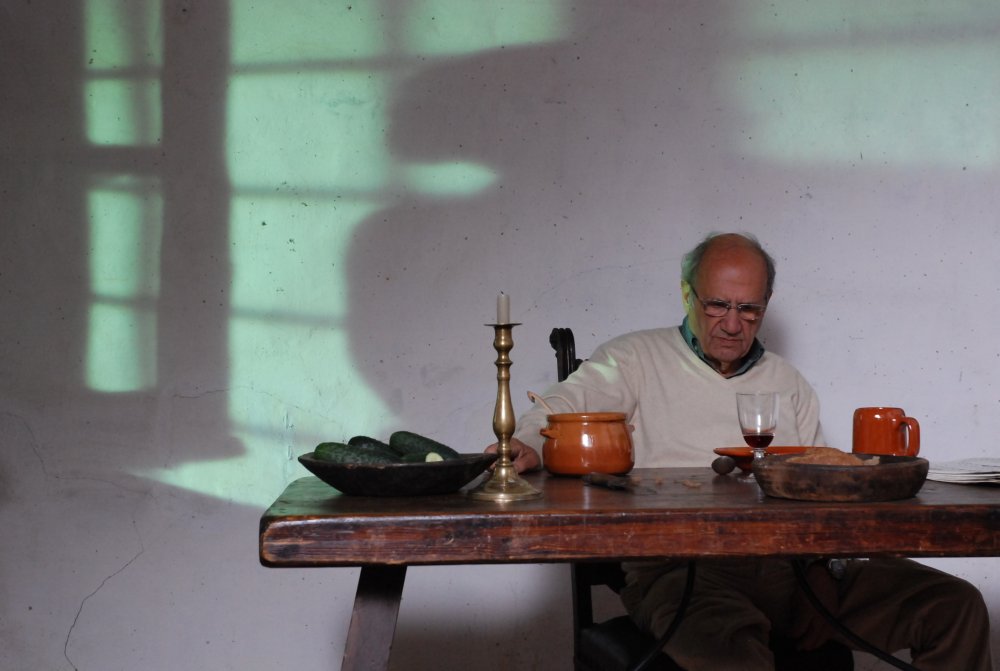 Pere Portabella on the set of his 2007 Silence Before Bach
Credit: Helena Gomà, Films 59

Artist, activist, politician and above all a brilliantly intuitive experimental filmmaker, Pere Portabella is an iconic figure in Spanish cinema, having produced and directed some of the most politically engaged and aesthetically challenging films of the last 50 years. Yet few people outside Spain have heard of him, thanks in part to the country’s isolation during the long years of the Franco dictatorship (1939-75).

Portabella began his career in cinema as the producer of Carlos Saura’s groundbreaking debut feature Los golfos (The Hooligans, 1959), and followed it with Luis Buñuel’s controversial Viridiana (1961), which was promptly banned by the Spanish authorities.

Portabella’s films are obsessed with the inner workings of cinema, constantly exploring narrative forms and the political context in which films are made. They range from a fistful of daring studies of artist Joan Miró to fiercely political films such as El sopar (The Supper, 1974), clandestinely filmed a year before Franco’s death on the night anarchist Salvador Puig Antich was executed; and from Cuadecuc Vampir (1970) and Umbracle (1971), a pair of films which challenge and undermine our expectations of Christopher Lee and the horror genre, to the poetic The Silence Before Bach (2007). His most recent work was Mudanza (2009), a mesmerising short that conjures the presence of Lorca through the silence and emptiness of his former house. All are executed with grace and a sense of humour.

With such varied interests, how did you end up in cinema?

I’d been hanging out with people from the new art avant-gardes in Spain. One day the painter Antonio Saura, a very close friend, told me about his brother Carlos, who’d made a short and had written a script that no one wanted to produce. I’m not a cinephile, I don’t go to cinematheques, but at that time we used to watch 8mm and 16mm films at Antoni Tàpies’s house. And as soon as I saw the possibility, I was attracted to getting involved in cinema. That was when I became a producer.

I moved to Madrid and produced Saura’s Los golfos. In 1960 I met Buñuel at Cannes, soon after his return from Mexico, and proposed making a film with him; the next year we went back to the festival with Viridiana, which turned into a monumental scandal and finished my career as producer, but which paradoxically has been one of my greatest successes. So after working in Italy for a while, I started making my own films. 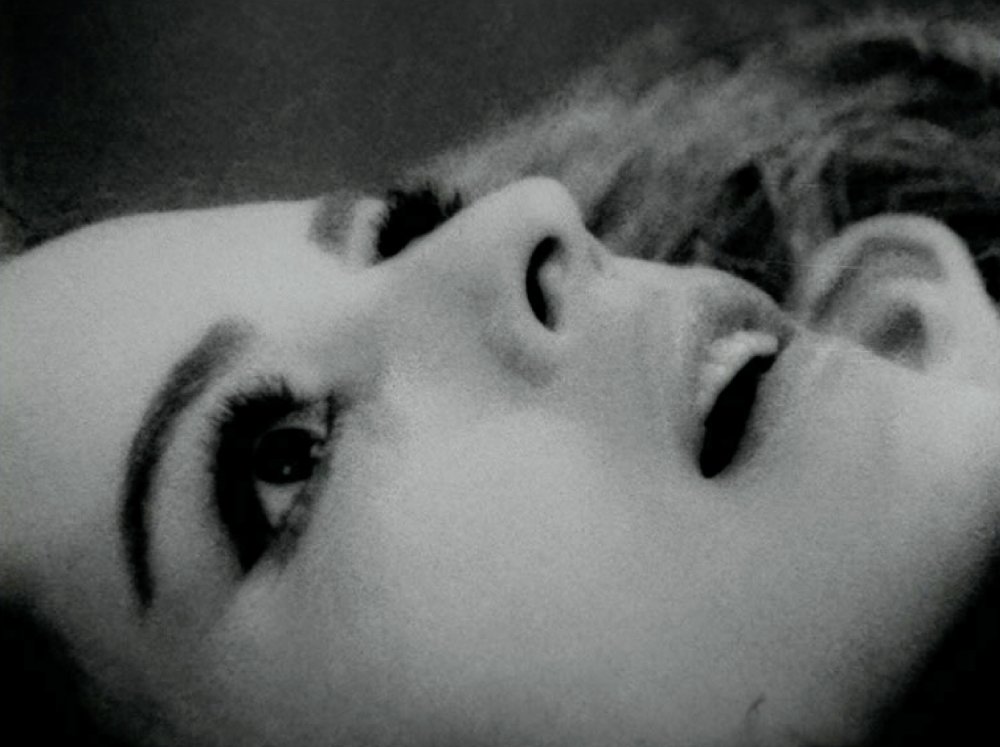 Could you talk about your relationship with Buñuel?

For me there are two aspects to Buñuel. First is the man of history: he was one of the great figures of contemporary art, and exiles from the dictatorship after the civil war in Spain.

Second, he was a very solid artisan, very firm about everything he did. Even if he’d made nothing but Un chien andalou (1928) and L’âge d’or (1930), he’d have made it into history as part of the Surrealist movement. But when he left for Mexico he adapted perfectly to their ways of production – 15 days of filming, ten to edit and a screening a month later. Disposable films! He had that tremendous capacity of saying everything between the lines. And he had an amazing sense of humour. I was very close to Luis during the making of Viridiana; we developed a father-son relationship.

How did you end up working with Joan Miró?

Like Buñuel, Miró was an exile, although he returned to Spain in 1950. We were moving in the same circle of artists and developed a close relationship.

In 1968 the dictatorship organised an exhibition of his work. And in 1969 the Barcelona School of Architects organised an exhibition in response. They invited Miró to paint on the windows of the ground floor of their building, and Miró wanted me to film it. So I came up with a very classic idea of conceptual art. If I film what he paints, it’ll be on condition that when the exhibition finishes he will erase the painting.

When I mentioned this to the board and my friends there was a small scandal. But Miró immediately thought it was a magnificent idea. Because, contrary to general belief, Miró was a very violent person; he’d burn and break his paintings. He’s written about this in his text about the assassination of painting. He was like a tremendous beast. Even the soundtrack of our film was created to forestall any audience attachment to him, and to make the whole process seem a bit unbearable.

We also made Tapiz (1974), about a tapestry he made which ended up inside the Twin Towers in New York – later to be destroyed on the infamous 11 September 2001. So the only testimonies to both these works are my films. [They’re included in the Tate Modern’s current Miró exhibition.] 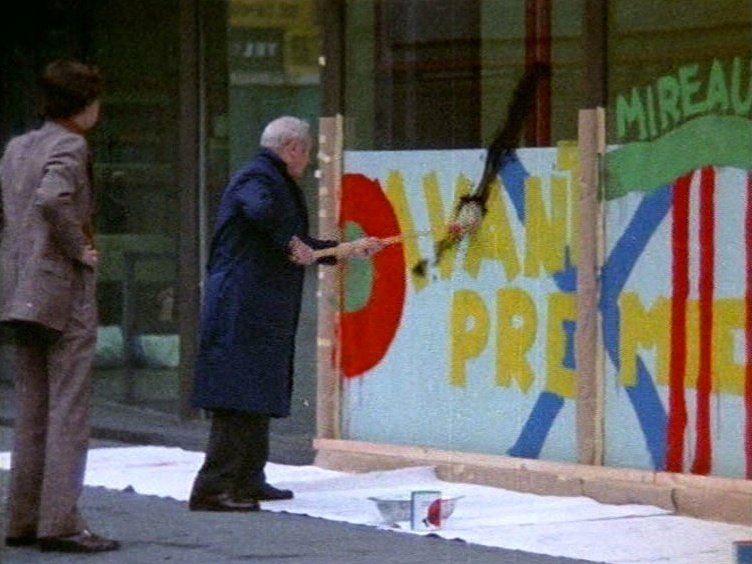 You’ve also been very involved in politics. How do politics and cinema interrelate for you?

Politics is inseparable from cinema, in a very obvious way. Even Doris Day comedy has an ideological charge to do with morals, ethics, behaviour… Rather than lock myself in an ivory tower and peek out only rarely, I jumped into the street right from the start. That’s what you need to do if you really want to get involved and question social codes in a context of change like the 1960s. Codes affect everything.

So without agitating on behalf of any party, I was an activist; I presided over political meetings, and was chosen to be a senator and a member of parliament. I was part of the institutional commission of the Senate, and of the Spanish constitution, and I have battled like mad for civil rights, the universalisation of health service and education. All this was an important part of my life.

Do you follow the likes of José Luis Guerín, José Luis de Orbe, Albert Serra and Javier Rebollo, who are considered in the vanguard of current Spanish independent cinema?

Yes, these are the most interesting. But they need a bit more courage; they need to be more radical. A period of crisis is also the only moment in which positions are radicalised and changes can be established. Being radical now is very logical.

Are new technologies having a positive influence on cinema?

New technologies have absolutely changed the way cultural products circulate. Traditional industries are in crisis: film production companies are closing, distribution companies don’t know what to do anymore and cinemas are screening fashion and sports.

So new things can be suggested now. Why? Not because they’ve changed opinions, but because new technologies have socialised the means of production and democratised information. Today you can access any fount or circuit of knowledge. You no longer need to take a book to read on a journey – you can take a million on a memory card. Buying a CD is a waste of time – you can download it, and not all the songs, just the ones you like.

The same goes for a DVD. You already have the possibility of watching everything without junk mounting up. In my opinion there’s been a fundamental change in the ascription of value. We have shifted from valuing the possession of objects – a book, a DVD, a painting – to their usage, and I think it is very good news.

Related to Pere Portabella looks back