Doc around the clock: BBC Arena celebrates 40 years in a day

The corporation’s indefatigable flagship arts programme celebrates its latest anniversary with a magnificent act of expanded television and self-repurposing. 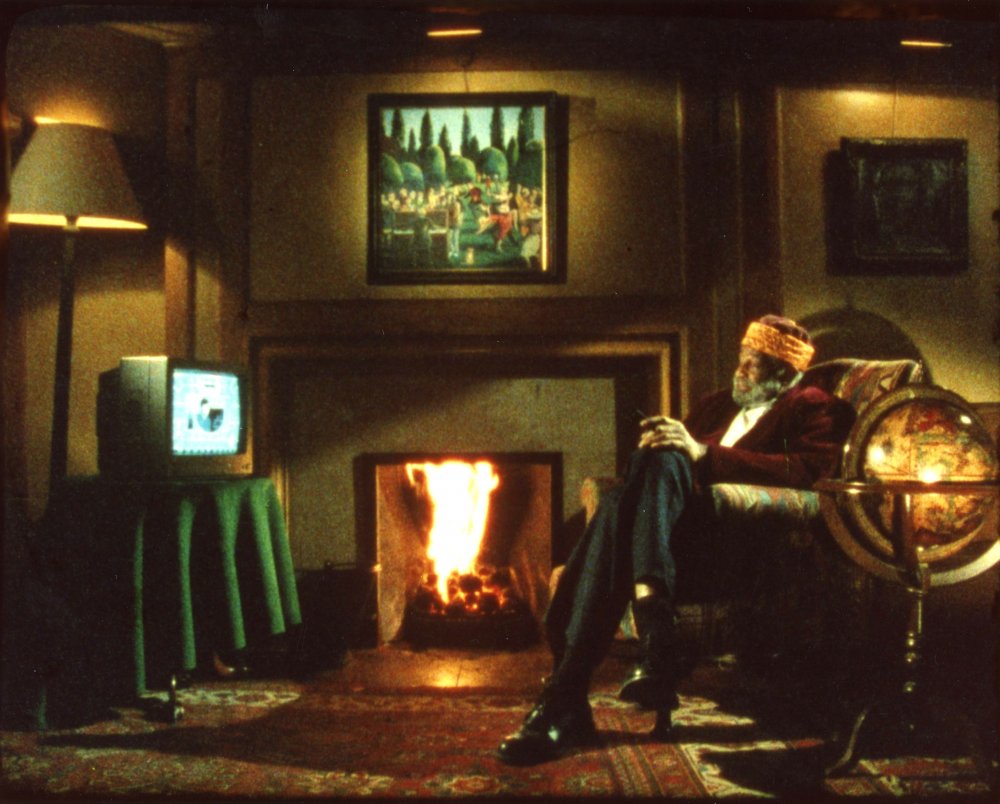 Backslapping and fake bonhomie, gummy nostalgia and empty reverence, an undemanding patchwork of best-of clips and inflated claims: television anniversaries are usually about as fun as office parties. But Arena, the BBC arts strand set up in 1975 by Humphrey Burton, has long sailed its own course. Approaching its 40th anniversary in characteristically thoughtful and ludic fashion, long-time producer Anthony Wall and editor Emma Matthews have revisited its archive of over 600 films from which they’ve terraformed a 24-hour film: Arena: Night and Day, which premieres at this year’s Cambridge Film Festival, is an associative anthology, a dawn-to-dawn experience that restructures the original material much as a jazz musician might creolise a standard or a DJ might construct a set.

Arena: Night and Day screens for 24 hours from noon on Sunday 13 September 2015 at the Cambridge Film Festival.

☞ See clips and past episodes at the Arena programme homepage
► Arena: Night and Day trailer

What an archive Arena has built up. Over the course of 40 years, the series, which has won nine BAFTA awards, has screened films by international directors such as Jonathan Demme (Stop Making Sense), Volker Schlöndorff (a rare interview with Billy Wilder), and Martin Scorsese (a George Harrison two-parter), as well as by British documentarians such as Mike Dibb, Leslie Woodhead and Adam Low. It has also birthed distinctive work from younger directors such as Paul Tickell (Punk and the Pistols, 1995), James Marsh (The Burger and The King: The Life and Cuisine of Elvis Presley, 1996; Wisconsin Death Trip, 2000) and Mary Harron (I Shot Andy Warhol, 1996). 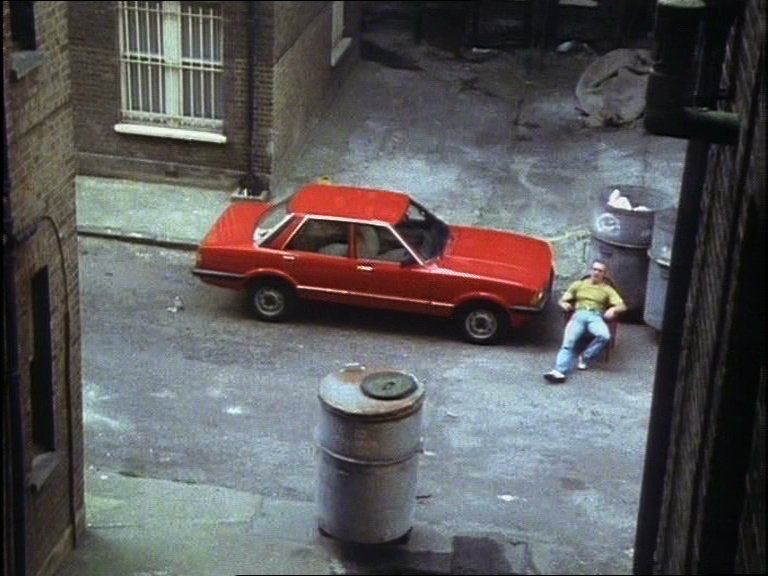 Nigel Finch’s The Private Life of the Ford Cortina (1982)

For many viewers however, Arena’s signature style was developed in the films it developed in its first two decades: My Way (1979), Nigel Finch’s exploration of the popularity of Claude Francois and Jacques Revaux’s 1967 chanson, which ended with Sid Vicious, dressed in white tux, gunning down his audience after singing a version of the song; The Private Life of the Ford Cortina (1982), also by Finch, whose combination of micro history and infra-ordinary anthropology anticipated documentary strands such as Modern Times; Masters of the Canvas (1992), Mary Dickinson’s droll, mysterious account of artist Peter Blake’s quest to paint a portrait of masked wrestler Kendo Nagasaki.

These films were informed by an expansive notion of culture that saw it as more than the sum of distinguished artefacts. They took popular culture seriously without subscribing to the belief that it was always subcultural or revolutionary. They had a lightness of touch, were subtly edited, and seemed to open up their subjects rather than pin them down. Essentially they were essay films – ones broadcast in prime time and watched by millions of people. “They were meditations on their subjects,” reflects Wall. “They didn’t think about narrative tension in terms of a story. Or a beginning, middle and an end. I prefer making films when you don’t know what you’re doing. When you’ve already decided what you’re going to do and then you do it: that’s a John Birt proposition.” 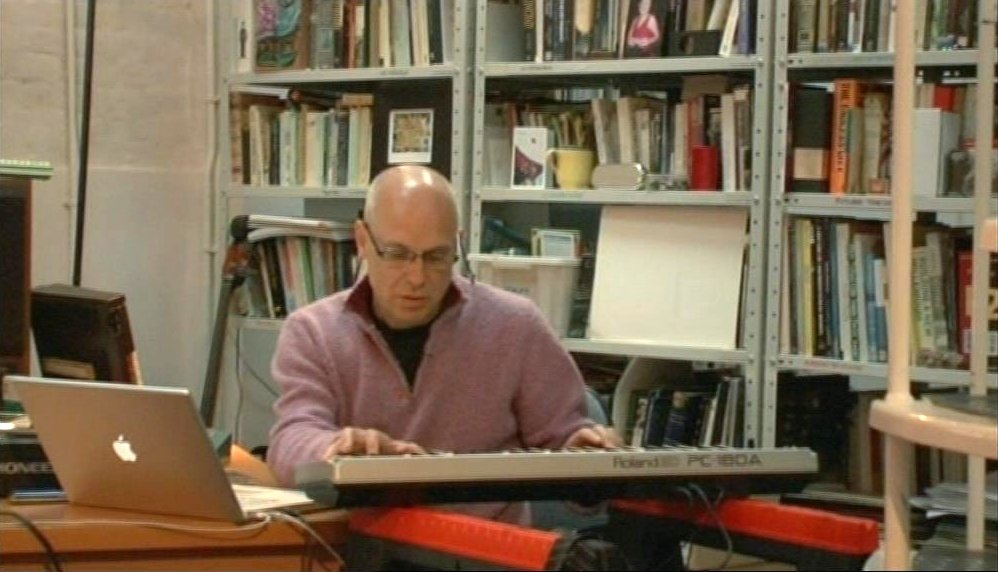 The same thought went into the making of Arena: Night and Day. “It was a classic Arena idea in that Emma and I weren’t sure what we were doing,” Wall laughs. “Film is a very bad medium for exposition, but very good for attitude, atmosphere and narrative. We thought: how can we treat the archive in an interesting way? We wondered too: what’s the most elemental thing? Night and day!” He and Matthews spent the best part of a year fast-forwarding through old episodes of the series, and notating the footage according to 15 motifs – including dawn, tea time, weird hour, darkest hour.

In the opening Dawn sequence alone, there is footage of Van Morrison’s Ireland, saxophonist Sonny Rollins on a New York rooftop, the dynamically photographed subway trains in D.A. Pennebaker’s Daybreak Express (1953), Sebastiao Salgado’s eye-scalding shots of the wretched and the displaced: there are echoes and resonances, tacit structures of feeling, melodies that translate. These are never literal or baldly signposted. The viewer is asked not so much to solve the riddle of connection, but to imagine the possibility that it exists. “I’ve always been a fan of Koyaanisqatsi,” says Wall. “The humane sensibility Godfrey Reggio brought to that is what we’re trying to do and what morally it most resembles.” 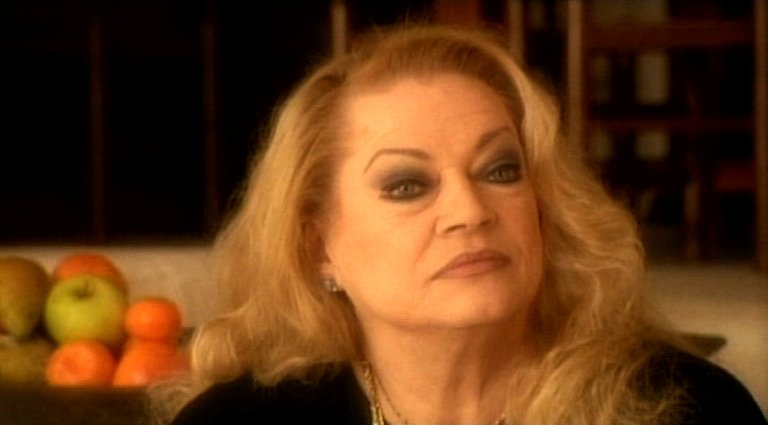 24 is an increasingly important number in art and curatorial circles. Douglas Gordon stretches out Alfred Hitchcock’s Psycho, Hans-Ulrich Obrist stages day-long themed interviews at the Serpentine Gallery, East London’s Café Oto puts on a 24-hour public reading of Slavoj Žižek’s Less Than Nothing, Pharrell Williams released a 24-hour video for his song Happy. Most famously there is Christian Marclay’s montage film The Clock. In their different ways, these durational enterprises are the antitheses of short-attention-span click culture. They generate drama, the sense of an event, collective and immersive experience at a time when on-demand and streaming platforms encourage privatised viewing.

Night and Day, as with all 24-hour events, is hard to absorb in one go. Audience members will inevitably nod off for shorter or longer stretches. Dawn, dusk, gloaming, perpetual 3am: there are extended occasions for reverie and forgetfulness and dreaming, for a rather pleasant kind of audio-visual hallucination. As the film moves from artist to artist (some debating events from the start of the 20th century), from nation to nation (some – postcolonial – simultaneously old and new), decade to decade (but not chronologically), it seems to solicit an altered, interzonal consciousness in us. As such it delivers on the eerie promise of Arena’s opening sequence in which, soundtracked by Brian Eno’s Another Green World, a bottle floats across misty water: it’s an image, like all messages in bottles, that feels as ghostly and posthumous as it does laden with future potential. 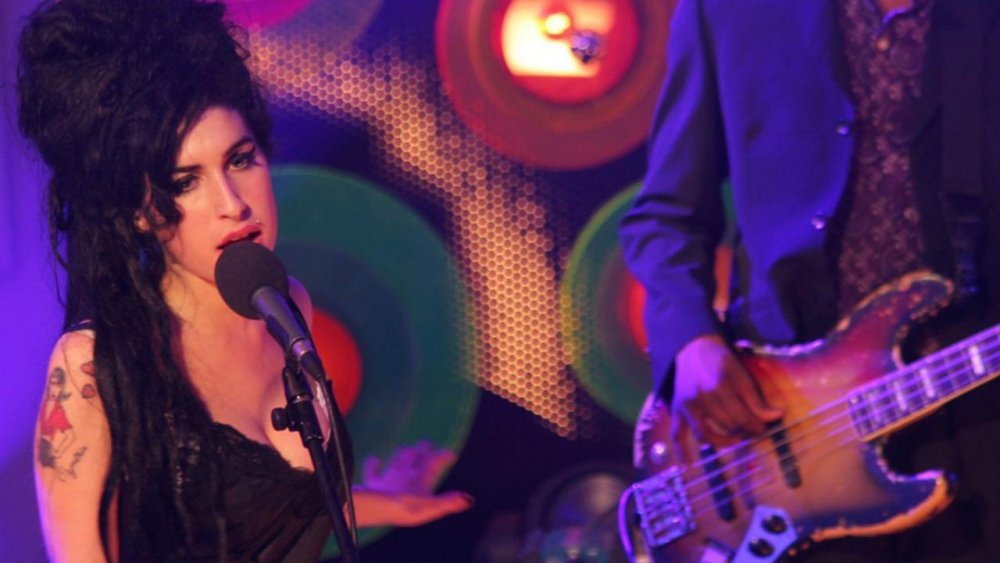 Maurice Linnane’s Amy Winehouse: the Day She Came to Dingle (1989)

On more than one occasion, it’s possible to feel a little pensive – melancholic even – when watching Night and Day. It’s hard to imagine any of today’s arts series lasting as long as Arena. Harder still to imagine them being so international, centrifugal, diasporic. Mark Kidel’s 1989 film on African New York, Michael MacIntyre’s 1987 portrait of Filipino director Lino Brocka, Jana Bokova on Cuba: it’s inconceivable that such a rich archive could be amassed for future media archaeologists to exhume. The BBC, like universities and every cultural organisation in the public sphere, is under attack as never before. Perhaps this celebratory undertaking also represents a Krapp’s Last Tape-style grand dissolution.

Then again, following the death of co-editor Nigel Finch in 1995, Wall has steered the series through various institutional, cultural and political transformations. Fewer programmes are made than before. There are more themed seasons. But, with termite-tenacity and creative guile, he has brought it to this fascinating threshold: sensing the importance of post-production and archival exploitation to contemporary art practice, applying the principles of expanded cinema and beyond-the-white-cube show-making to the televisual sphere, he and Matthews have crafted a remarkable work of art that should buoy up and serve as an imaginative passport to dispirited TV documentarians.

Related to Doc around the clock: BBC Arena celebrates 40 years in a day