Death Wish returns once more to boil our blood

Nearly half a century after Michael Winner and Charles Bronson commanded the indignation of liberal critics with their 1974 existential vigilante movie, Eli Roth and Bruce Willis have reprised its blood-crazed convulsions, if not its cultural commentary. Shall we ward off its evil eye? 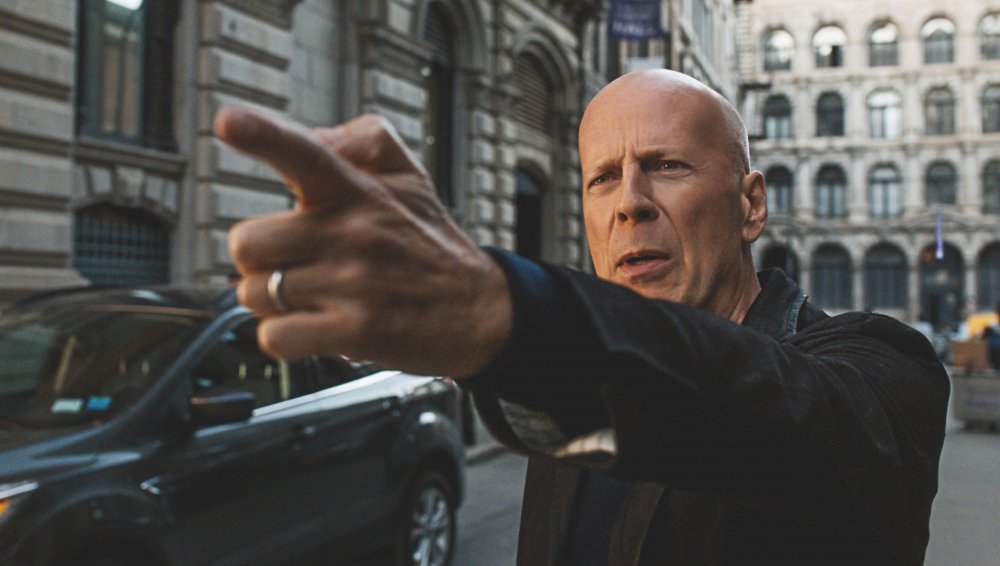 “If you try to make a work of art whose defining virtue is its virtuousness, then good luck: it’s not going to stick.”

The only solid reason to embrace recycled intellectual property is if the experience reconnects you with people worth meeting again – and who on the face of it would want to bump into Paul Kersey for another joyless cycle of violent bereavement, self-analysis down the firing range, and rebirth via a Glock 17? But here he is again anyway, Michael Winner and Wendell Mayes’ Death Wish (1974) having been remade by Eli Roth and Joe Carnahan, with Bruce Willis following the path originally trod by Charles Bronson as an upstanding white middle-class male discovering his inner vigilante.

The remake has been gestating for a decade, with credited writer Carnahan reportedly not involved in the project since 2013, so any timeliness of the film’s appearance just as opposition to US gun violence coheres into effective action for meaningful change would seem to be coincidental. But critical reaction to the new film has been so similar to the response the first time round as to make Death Wish seem a timeless item, unmoored from any specific moment, loitering around a particular strand of American cinema like an unwelcome party guest who turns out never to have left at all. Has nothing really changed in 44 years?

Paul Kersey and the disastrous events of his life have changed slightly, to pull the new film into the comfortable routines of the narrative templates now in vogue, with their unshakable emphasis on matters of identity and the path of retaliation. The awful, central aspect of Kersey’s vigilante career in 1974 was that he expressed no visible interest in tracking down the freaks who murdered his wife and raped his daughter, his adoption of a secret life with a concealed .32-caliber Colt motivated by something far more incoherent and distressing than a quest for revenge. Christopher Sorrentino’s monograph on the film invokes a mythological dimension, one certainly helped by the desiccated visual style, oddly unpopulated locales, and Winner’s standard air of having followed his first instincts for every take and roared through the script at five hundred miles per hour. But ultimately the character is engaged with trying to find a way to go on living, shunted out of his former existence as a New York architect into a state of mind and a side of the tracks he knew nothing about. 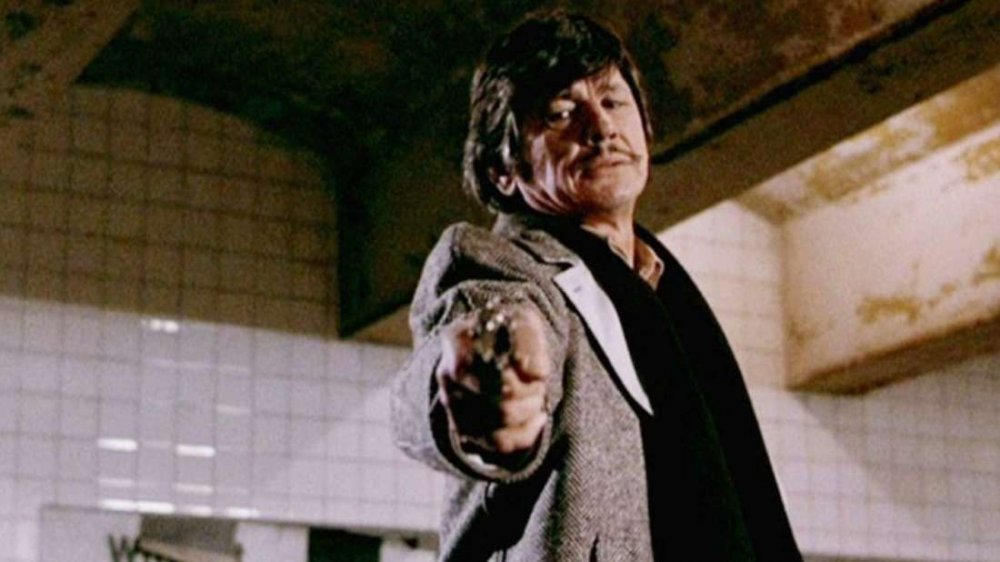 And life goes on: Charles Bronson as Paul Kersey mk 1

The new Bruce Willis incarnation is a Chicago surgeon, so already up to his elbows in the consequences of violence on a daily basis, and he has a reformer’s zeal from the off. After an abortive debut in which he can hardly shoot straight, his second outing is to murder a local drug dealer in cold blood and broad daylight. A clue to the perpetrators of his own domestic agony promptly falls into his lap, and from then on his energies are directed into wiping them out one after another.

This being an Eli Roth joint, Kersey does so in relishably sadistic ways, at one point slicing a man with a scalpel deep enough to expose the sciatic nerve and then pouring a pint of brake fluid into the hole. Guns, though, are again Kersey’s weapon of choice, and this time he goes to them directly and immediately, robbing the new film of its predecessor’s most memorably disconcerting visual. Bronson, having clobbered a mugger with $20 of quarters in a sock as a trial run, returns home in some fugue state of distress and confusion, and swings the sock around like Thor’s hammer – so violently that he abruptly spins a rapid 360-degrees on the spot, the most balletic piece of physical acting that the great stoic ever did.

Winner and Mayes’ master stroke in 1974, expanding hugely on Brian Garfield’s source novel, is to send Kersey to Tucson for an encounter with land developer and gun enthusiast Aimes Jainchill, played gloriously by Stuart Margolin, bobbing and weaving under a cowboy hat like an imp up from Kersey’s id. They visit a fake western town with fake western gunplay, laid on so tourists can witness “the outlaw life… But there were honest men who would fight.” Kersey reveals himself to have been a conscientious objector during the Korean War (he served in a medical unit, presaging the Willis version’s calling). Explicitly tying Kersey’s brand of gun violence into both the American frontier and the bloodless gunplay of its fake versions – Hollywood’s especially – indicts the audience even as it changes Kersey. What exactly is he looking at? What are you? 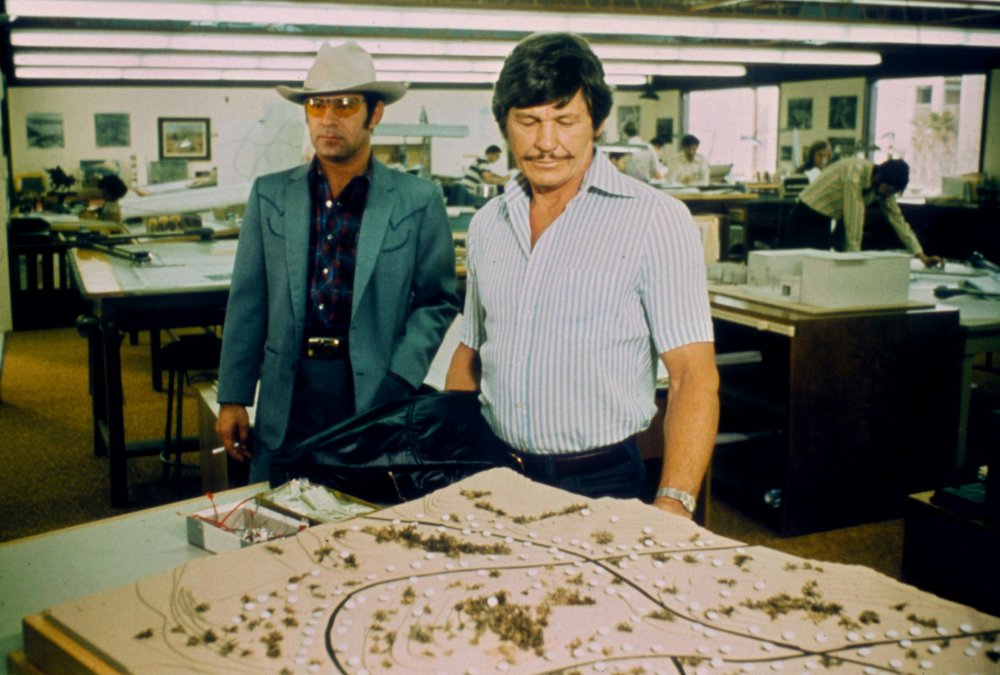 The new Kersey’s conversion to the way of the gun takes five minutes and isn’t cultural at all, merely social. Having already indicated that Kersey’s dead wife was from Texas, the film stages a conversation between her grieving father and Kersey, interrupted when the older man sees off poachers with a rifle and puts a wounded deer out of its misery, stating that a man has to do what the police should be doing. Job, apparently, done. The old Kersey sloughed off his outward self and found he was looking at something different in the mirror; the new one succumbs to some dormant infection of his family line that arrived from the South when he said “I Do”.

The first Death Wish sent several critics into a tizzy and caused a ruckus, the second has done the same – or would do if critics held the same sway now as then – and whenever that happens it’s what’s being left unspoken that matters. The 1974 Death Wish is apolitical to a fault, and the easy argument that Kersey journeys from being an explicitly liberal character to an explicitly conservative one fails at both ends, unless you subscribe to the belief that only screen liberals lay guns down and only screen conservatives pick them up. As a social comment, the new film is even more threadbare than the old one, which at least had Vincent Gardenia as an old-school cop under contradictory pressures to avoid leaving Bronson loose but to let him cleanse the urban nightmare a bit first. The new pair of detectives are an irrelevance, and the film thinks the first element of the phrase ‘law and order’ more immaterial than its predecessor did. 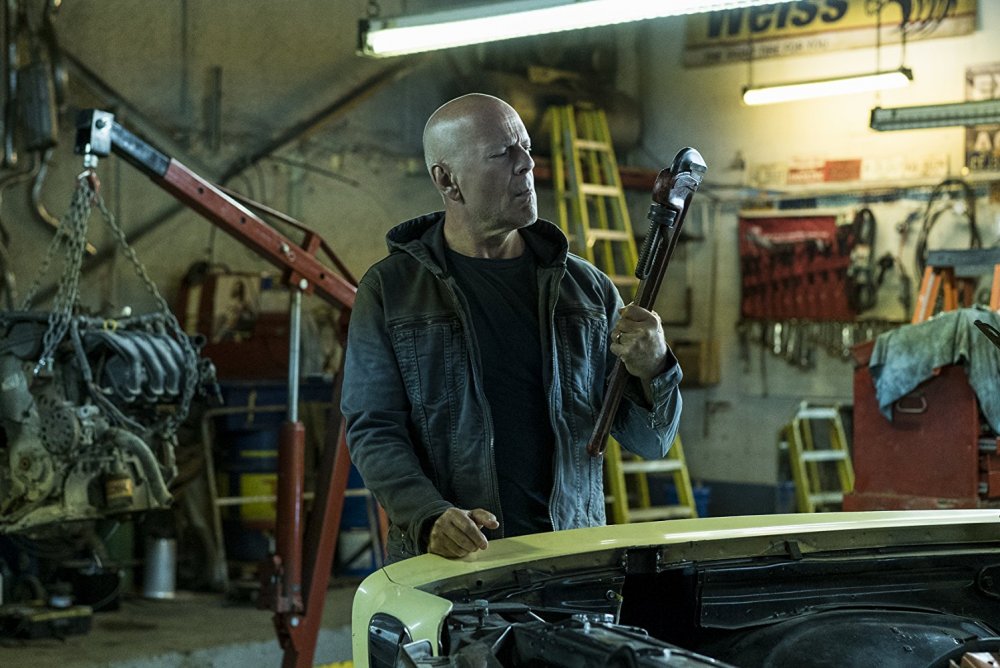 The true unspoken worry here is as old as the hills: that making immanent on screen something violent, or unlawful, or wrong, creates a Bad Object that threatens to draw some parallel wickedness out of the audience, a concern that promptly tips viewers and critics alike down some of cinema’s oldest trapdoors and straight into the deepest questions art has to offer. The founding fathers of the American nation tore it violently from the merciless wilderness, creating the endless myth of regeneration through violence – historian Richard Slotkin said that, and Charles Bronson watched some ropey actors commemorate it in a Tucson theme park before he took the myth home with him.

The belief that art should stop engaging with that myth – in case the obvious inherent invitation to register its consequences is somehow lost in the post, or it perverts someone watching who was previously sanguine about the whole thing – seems not just anti-art but a waste of a critic’s valuable time. Art is intrinsically spiritual not political, a spiritual thing that reminds us of the madness of our own consciousness – comics critic Sarah Horrocks said that, and to call for Bad Objects to go away is to want that nagging reminder to go away too, in favour of a more reassuring belief that art must be a spokesperson, a taskmaster, a lost dad and colossal father.

Paul Kersey could have come back at any time in the last ten years, anywhere during criticism’s transition from urging art to ask questions to insisting that it only speaks in answers. His adopted mission is as good a tool as any to examine the mission taken up by much current arts criticism of a left-ish persuasion: to treat Bad Objects as if they were flawed academic papers to be retracted; to scrutinise content but remain oblivious to form; to purge, to purge, to purge.

Related to Death Wish returns once more to boil our blood