Resting heavily on a powerful performance by Vincent Lindon, Stéphane Brizé’s follow-up to The Measure of a Man is another portrait of contemporary European labour relations that convinces more in the general than in the particular. 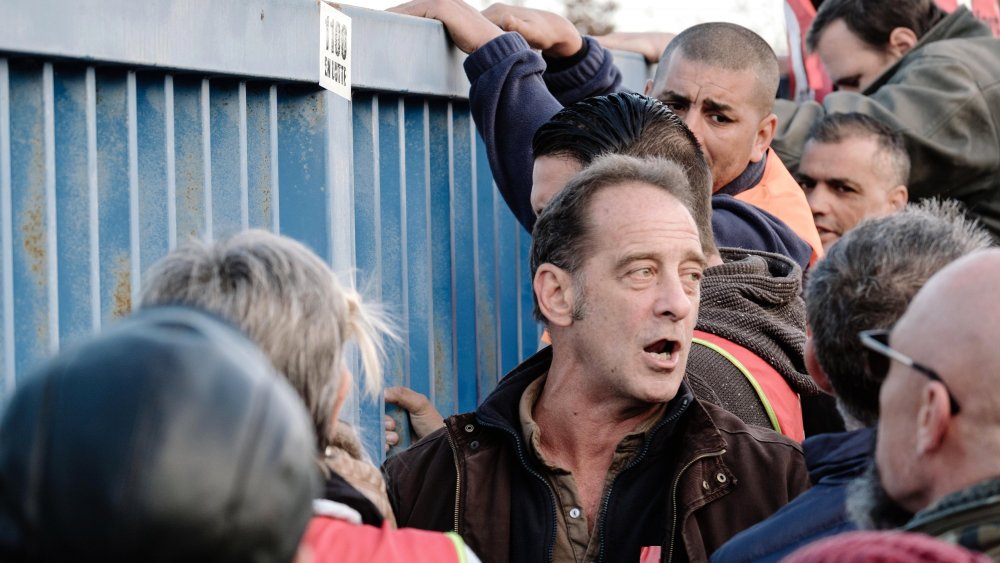 Vincent Lindon as Laurent Amédéo in At War (En Guerre)

Stéphane Brizé’s The Measure of a Man (La Loi du marché) was one of the highlights of the 2015 Cannes Film Festival, and won Vincent Lindon a well-deserved best actor award for his performance as a man finding it hard to fulfil some of the more callous requirements of his job as a supermarket security guard. At War (En Guerre), the third collaboration between the director and actor (the first having been the 2009 film Mademoiselle Chambon), is another film about labour relations, but beyond its documentary-style realist aesthetic it bears little resemblance to the 2015 film.

Where Lindon’s character in the earlier film was torn by the ethical dilemmas arising from his job, this time he plays a forceful character entirely certain of his beliefs. Laurent Amédéo works and is the chief union spokesperson at a German-owned car parts factory in Agen; the film begins with a noisily argumentative discussion between union reps and members of the management team who have just reneged on an agreement to keep the plant open for five years in return for the staff having taken a drop in pay two years earlier. Each side fires verbal tirades at the other as tempers flare; and this is more or less how the film will continue until just before the very end, with fiery debates punctuated by wordless scenes of the workers marching, hanging out together, standing on the picket line and so forth, always to the accompaniment of Bertrand Blessing’s fittingly percussive, increasingly explosive music. 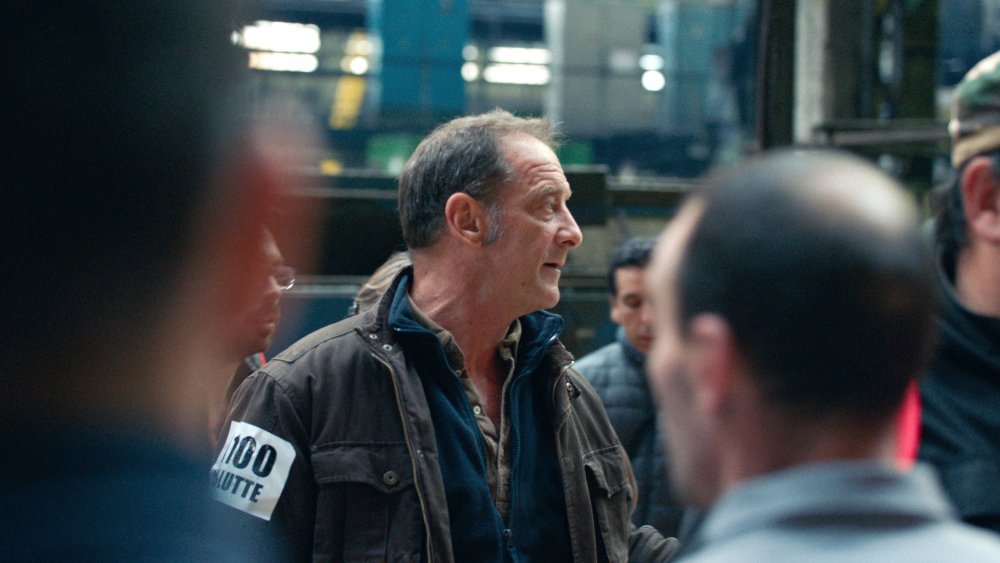 In terms of drama, the result is, inevitably, rather repetitive. Scant attention is paid to Amédéo’s (or indeed anyone else’s) personal life; all we know about him is that he is separated from his wife and that his daughter is pregnant. But so utterly credible are all the performances, and so authentic the development of the negotiations between the opposing teams, that the film becomes unexpectedly engrossing. The script is sufficiently detailed for all the arguments to ring true – not only between the representatives of capital and labour but also, once management starts to succeed in its strategy of divide-and-rule, between those workers who’d prefer to settle for a decent severance package and those, like Amédéo, determined to keep the factory open. Admittedly, some may find the tempestuous debates too similar to one another, but followed in detail they provide a highly persuasive portrait of industrial practice and labour relations in today’s Europe.

Lindon’s charismatic presence lies at the heart of the film, and he brings a real sense of political and moral conviction and staunch blue-collar values to the role of Amédéo; only the film’s rather contrived (and, to this writer, somewhat implausible) final minutes feel false, and that has little if anything to do with Lindon’s performance. He’s good at suggesting the character’s inner thoughts and his world away from work and the negotiating table, even if the film never really bothers itself with either of those aspects of his life. And it’s that lack of interest in Amédéo’s psychological make-up that makes the film rather less rewarding than The Measure of Man, which, in its close focus on a single protagonist rather than a group, succeeded in probing more deeply the ethics of the contemporary workplace. Somewhat ironically this film, for all its verisimilitude, is in the end more concerned with the workings of abstract forces than with the experiences of human individuals.