The director of such gonzo genre whammies as Tokyo Drifter and Branded to Kill made his way to the wild side, first within the Japanese studio system, then without it. 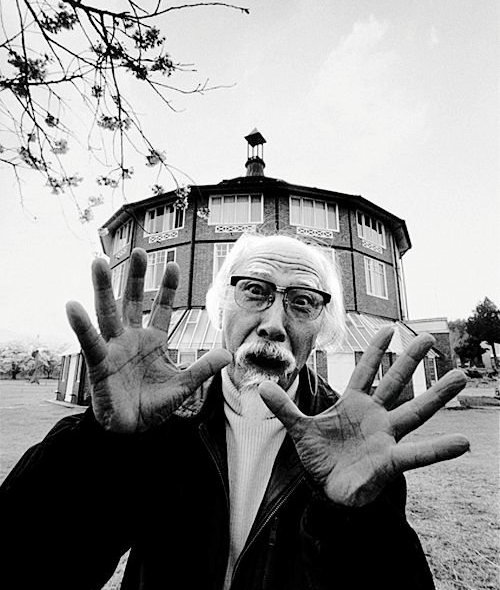 “Like fish in the deep ocean, we need to create our own light.”

Suzuki Seijun was not the only Japanese director who particularly liked that motto – he sometimes inscribed it in books he was asked to sign – but it was more relevant to him than to many others. An impish, humorous figure even in later years when he was forced to wheel an oxygen tank around with him, Suzuki was probably the best example ever of a studio hack who succeeded in reinventing himself as a wonderfully idiosyncratic talent.

The son of a Tokyo textile merchant, he had a not-quite-lustrous academic record when he was called up for military service in 1943; he was shipwrecked twice before he reached the rank of 2nd Lieutenant in the Meteorological Corps. After the war he failed the entrance exam for Tokyo University but in 1948 passed the exam to enter Shochiku, Japan’s second oldest film company, and settled into a niche as an assistant director/scriptwriter in its Ofuna Studio. In 1954 he was part of the mass exodus of Shochiku employees who signed up with the newly re-opened Nikkatsu, all hoping for greater creative freedoms under a less conservative management. He had a script filmed there in 1955, and was allowed to direct for the first time the following year. He soon established himself as a trusted director of B-movie quickies in various genres, initially under his real name, Suzuki Seitaro. 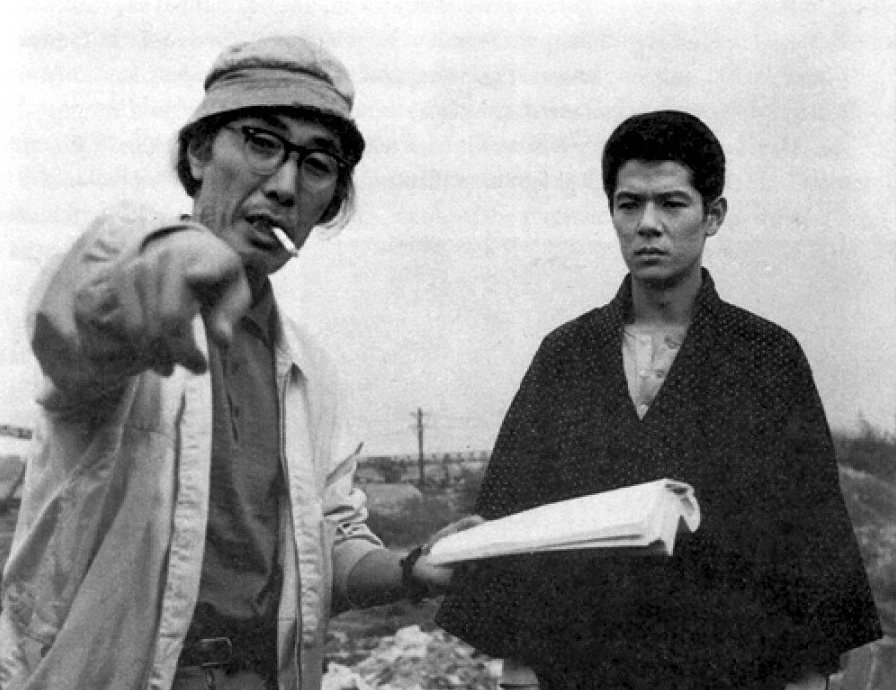 Everyone agrees that the last 13 films Suzuki made for Nikkatsu, between 1963 and 1967, were phenomenal by any measure in world cinema: genre movies raised to a still-thrilling level by astonishing visual coups and flashes of absurdist humour. Japanese critics led the way in scouring his previous 27 features for early signs of the flair to come, and Nikkatsu has latterly made all of them available on DVD (sadly without subtitles).

Suzuki himself identified The Bastard (Akutaro, 1963) as the “turning point” in his career because it marked his first collaboration with the production designer Kimura Takeo, a star of Nikkatsu’s art department. But Youth of the Beast (Yaju no Seishun, also made in 1963, immediately before Akutaro) was shot without Kimura’s help, and that was the movie in which Suzuki whipped up an unexplained sandstorm outside the room in which a sadist attacks a prostitute and had a gay yakuza park his pink limo under matching cherry blossoms. 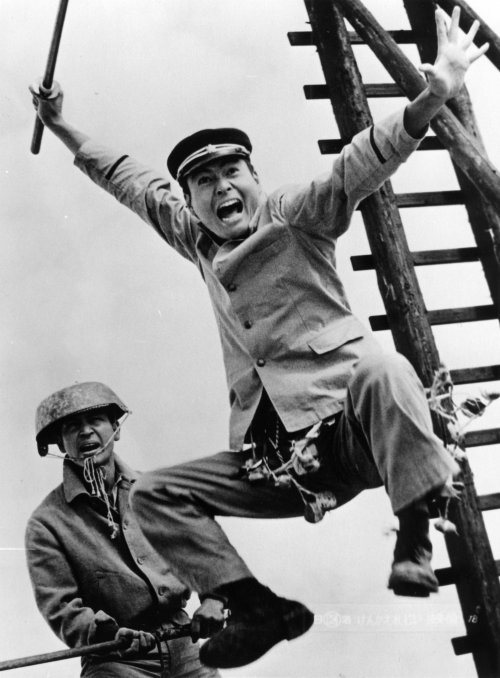 With or without Kimura, Suzuki’s aesthetic adventures were grounded in what kabuki theatre calls shikake: devices to make the fundamental illusion of the spectacle more powerful. The colour expressionism and spatial disorientations peaked in the classic Tokyo Drifter (Tokyo Nagaremono, 1966), which anthologises visual ideas Suzuki had explored over the previous three years: monochrome images studded with colour details, shots from above and below the action, sudden changes to lighting and background weather and more.

Suzuki always said that he was pushed into such florid displays by the need to separate himself from the pack; all Nikkatsu contract directors were handed generic scripts by the scenario department, and he tried to stand out by giving his films a little more oomph. He once admitted to me (in a 2005 talk-show at the ICA in London) that he was also driven by resentment of directors like Imamura Shohei, another trainee who’d transitioned from Shochiku to Nikkatsu in 1954 but who was allowed to run wild with big-budget projects after making only four B-movies. “And I’m a much better director than Imamura,” Suzuki added.

Suzuki’s grander ambitions surfaced in the literary adaptations he made at Nikkatsu. The Bastard was based on a respected autobiographical novel by Kon Toko about his psychological and sexual awakening in the 1910s; Suzuki filmed another of Kon’s novels three years later. Kanto Wanderer (Kanto Mushuku, Suzuki’s fourth film of 1963) starts from a novel by Hirabayashi Taiko, the only female writer in the proletarian literature movement of the 1920s.

Gate of Flesh (Nikutai no Mon, 1964) was an explicitly anti-American-occupation picture about prostitution and black-marketeering in the rubble of post-war Tokyo, based on a much-filmed novel by Tamura Taijiro. And Fighting Elegy (Kenka Erejii, 1966, for my money Suzuki’s anti-fascist masterpiece) uses a novel by Suzuki Takashi (no relation) and a script by Shindo Kaneto to speculate on links between male hormones and right-wing extremism. 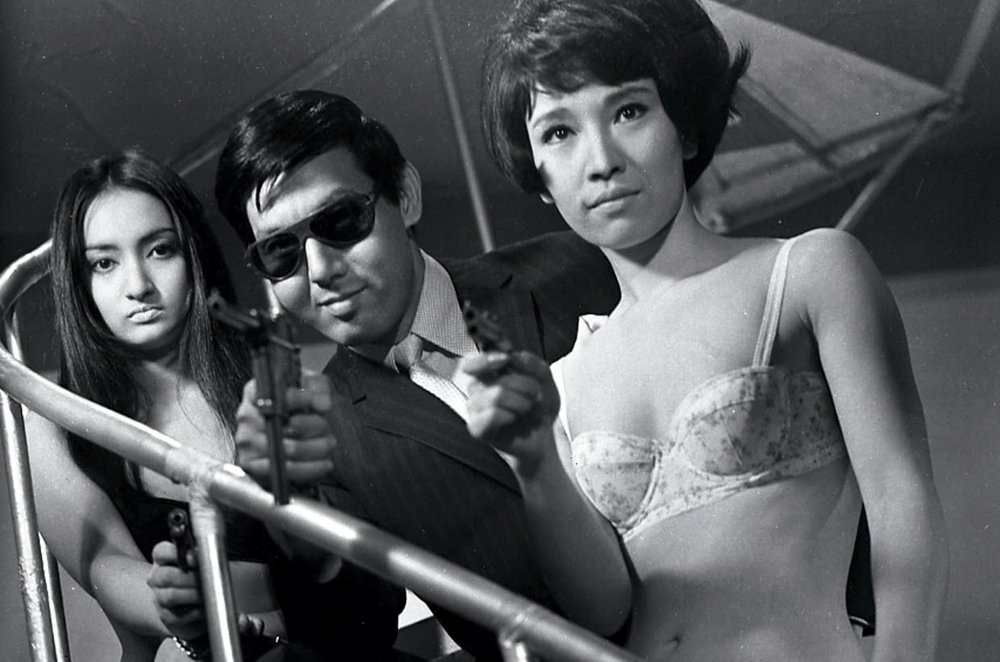 The one thing everyone seems to know about Suzuki is that he was fired by Nikkatsu after making the wild, absurdist thriller Branded to Kill (Koroshi no Rakuin) in 1967. He was not in fact fired overnight but slowly ‘let go’ by the company president Hori Kyusaku; it emerged in the eventual court-case (which Suzuki won) that the film had been dreamed up at very short notice only to help the company fill a hole in its release schedule, and that Hori had scapegoated Suzuki in an attempt to cover up concealed losses in the Nikkatsu accounts. 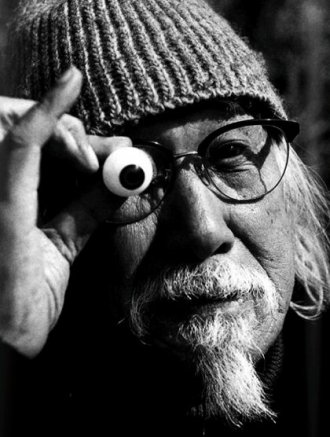 After leaving the company Suzuki was never prolific again, though he made a string of quirky essay films for TV and seven independent features, including a female-led remake of Branded to Kill. Most fans agree that the best of his post-Nikkatsu work was his ‘Taisho trilogy’ – Zigeunerweisen (1980), Kagero-za (1981) and Yumeji (1991) – a trio of ghostly, enigmatic tales set in the decadent 1920s.

Suzuki Seijun was one of very many studio-system directors who had to adapt to the disappearance of production-line filmmaking in the 1970s and he managed better than most, despite losing both job security and easy access to a talent pool and other resources. He showed his mettle when Japan’s theatre-circuits refused to screen the 145-minute Zigeunerweisen and the producer instead showed it in an inflatable dome, a traveling cinema set up on the roofs of department stores, pulling huge crowds.

From the late 1960s onwards, in fact, Suzuki enjoyed a great deal of popular support, including student demonstrations in support of his court-case against Nikkatsu and a long series of tributes and retrospectives under such titles as ‘Deep Seijun’. All completely justified: Suzuki Seijun was quintessentially an artist who made his own light.