Nick Roddick obituary: a journalist with a passion for the art and business of film

The British writer and academic was a doyen of international film festivals where his presence as both an original critic and an industry expert made him indispensable, as well as sparkling company. 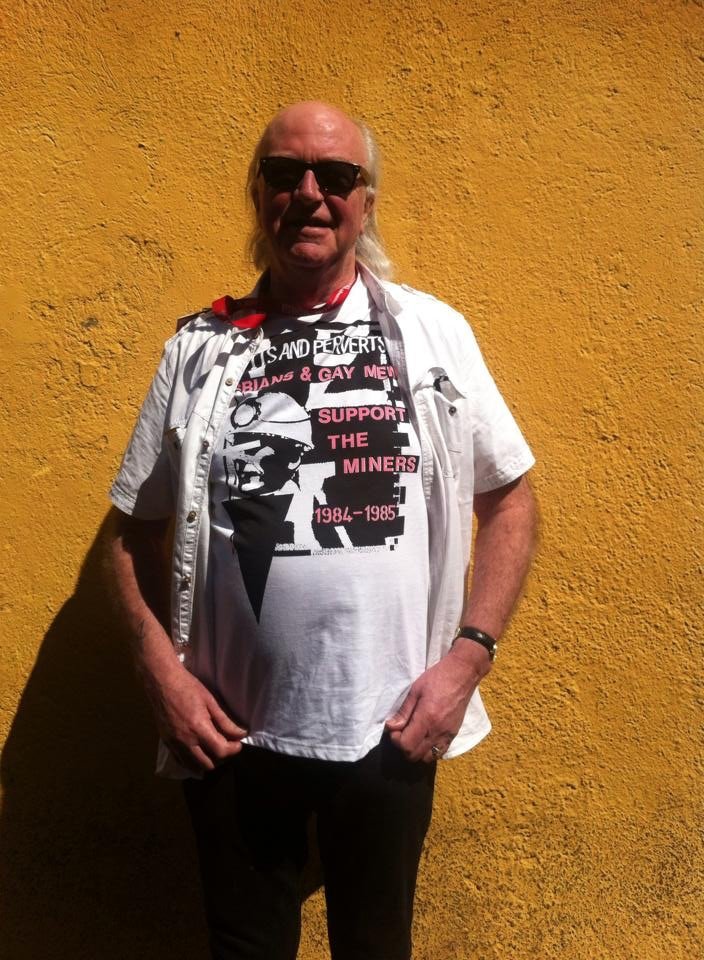 Nick Roddick at the Morelia Film Festival in Mexico in 2014
Credit: Chloë Roddick

British film journalist and academic Nick Roddick, who has died aged 73, once found himself in a lift late at night in the Sunset Marquis Hotel in Hollywood with the British rock star Joe Cocker. One of the men was unkempt, with his shirt undone, a bottle of spirits in his left hand and a cigarette in his right. The other expressed some concern about his condition. “Listen, son,” the notoriously hard-drinking, hell-raising Cocker told Roddick as they reached the floor where they were both getting off, “you should take it easy.”

During the late 1970s, when he was lecturing in the drama department at Manchester University, Roddick taught Rik Mayall, Ade Edmondson and Ben Elton (soon to be at the forefront of a new wave of British alternative comedy). He remembered advising Elton that, yes, he was a talented writer but should really avoid the jokes, because he wasn’t any good at them.

Such stories are typical of those Roddick delighted in telling against himself. An English public school boy and Oxbridge graduate, Roddick had a pronounced rebellious streak. He may have spent his formative years in the hippy era but his tastes inclined far more to punk than they did to progressive rock. With his long straggly hair and sardonic wit, he looked as if he played bass for Dr Feelgood. He was nobody’s idea of an establishment figure. “A classic British rock’n’roll type of guy,” Berlinale director Dieter Kosslick characterised him.

Yet, as anybody who ever worked with him would attest, Roddick was a consummate, ever-reliable professional. As a journalist, he hit deadlines. He was painstaking in his research and was a fluent, funny and insightful writer. As an editor, he had a natural authority. The sometimes obstreperous and eccentric correspondents from far-flung parts of the world working under him at the trade journals Screen International and Moving Pictures knew not to mess with him. A tall, imposing figure, he ran editorial meetings in a brisk, no-nonsense manner. He was pragmatic, too, once sending a bouquet of flowers to a disgruntled journalist he wanted to entice back on to the editorial team in Cannes. He was also endlessly encouraging and kind to young writers and to students. 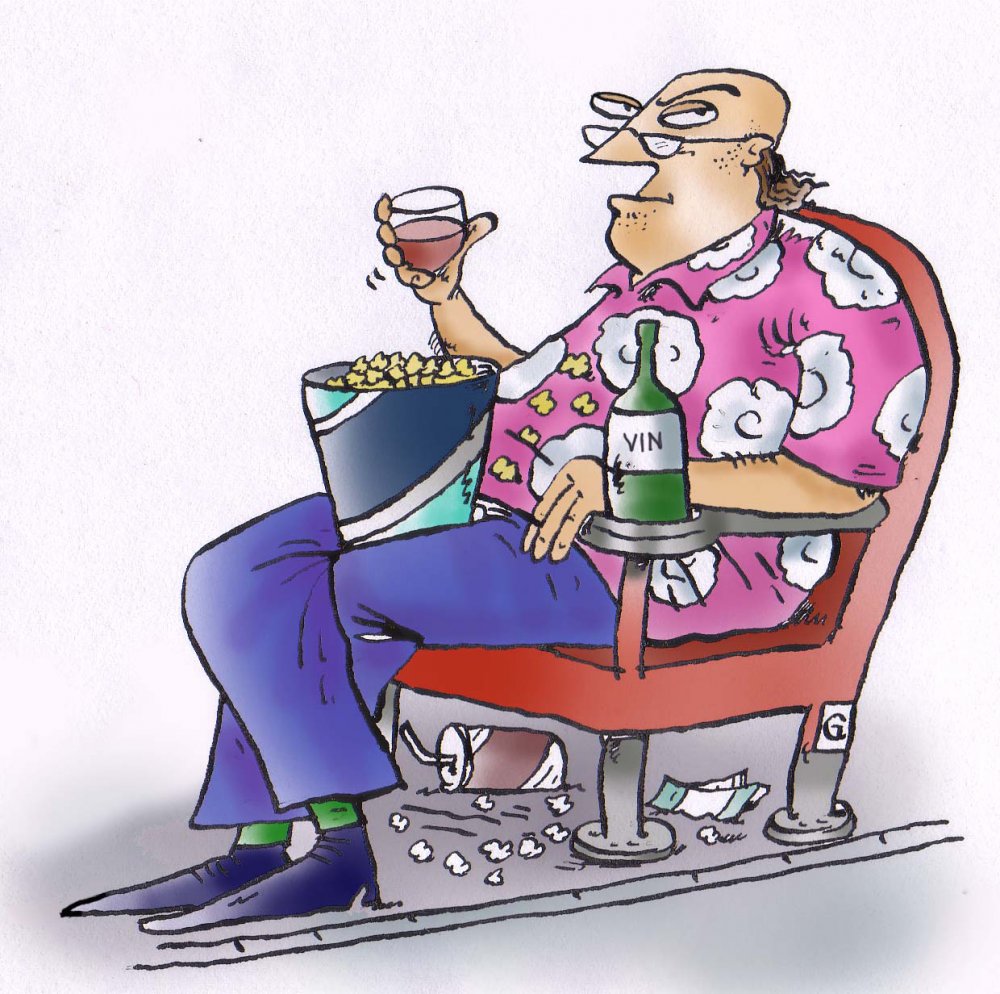 Roddick contributed to Sight & Sound for many years, under editors Penelope Houston, Philip Dodd and Nick James. He took particular pride in his Mr Busy column, a Walter Winchell-like digest of waspish industry gossip and insight combined with asides about his beloved pet dog. At first, no one realised the column (published anonymously) was written by him. He was unusual in being both a committed cinephile and someone who understood the mechanisms of the industry. He could be found writing long, scholarly articles about Antonioni, Wenders or Hitchcock one moment and selling ads for the Berlinale European Film Market Catalogue (which he edited with his wife Jo) the next.

Of the heady, jarring effect of spending 12 days at a film festival like Berlin or Cannes Roddick said, “It’s an experience a little like being on a cruise liner. You see the same people. You are contained within that time capsule.” If you pursue that comparison, he was one of the few aboard who was equally comfortable in first class, at the captain’s table and below deck in the engine room. He was as respected by the small-time hustlers, sales agents, distributors and representatives of national film bodies as he was by the festival directors and big-name auteurs. “That’s what first drew – and still draws – me to this business,” Roddick wrote in one of his Moving Pictures columns, “the fact that money and art, entertainment and creativity, Hollywood and Carl Theodor Dreyer, all co-exist within the same continuum. And that, too, is what makes Cannes unique: it is the place (maybe even the last place) where both film worlds – the auteur’s and the accountant’s – simultaneously coexist, cohabit and sometimes consort in barely decent joy.”

Terrence Malick, David Lean, Jacques Rivette and Federico Fellini films were in his top 10 in Sight & Sound’s critics’ poll, but he had an equal passion for Ed McBain novels and took pride in the fact he had read almost every single one. 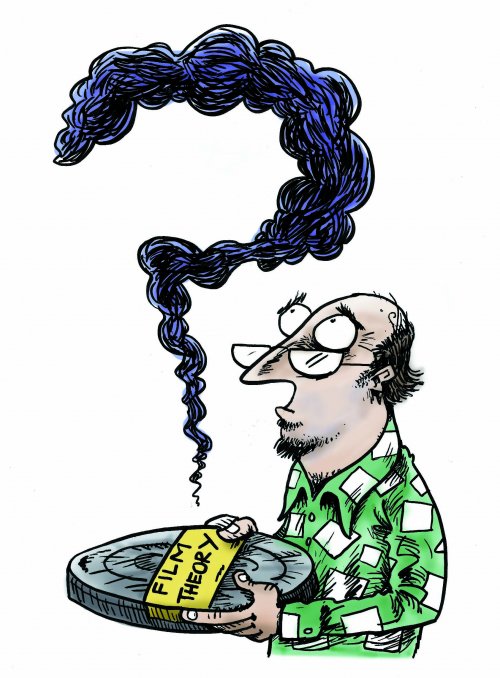 Roddick was born on 27 July 1945. His father George was a livestock importer and exporter. His mother Peggy was a housewife who had trained as a nurse. After school at Stowe, he completed his first degree, in modern languages, at Oxford University. He then did a postgraduate degree in the history of French theatre at Bristol University. His PhD was on 18th-century aesthetic and dramatic theory.

In his early student days, he worked in theatre as a set designer. (A confirmed DIY expert, Roddick used to say that if he could live his life again, he would do a job with his hands.) Early on, he looked destined for a career in academia. He was a lecturer in French at Trinity College, Dublin from 1970 to 1974, and then lectured in drama at Manchester University from 1974 to 1980, setting up a film course there. “The university didn’t want to have a film course but Nick just powered his way in there and set it up,” recalls Jo Roddick, one of his students who later became his wife.

In the early 1980s, when Roddick was researching his book A New Deal in Entertainment: Warner Brothers in the 1930s, he was visiting professor at California State University, Long Beach. In this period he met and interviewed legendary Warner Bros producer Hal Wallis, whom he regarded as one of the most inspirational figures he ever encountered. Like him, Wallis was passionate about both the art of cinema and the business of film.

The book was very well received. By then, though, Roddick was fed up with academia and moved sideways into freelance journalism. There was a brief period in the mid 1980s spent in Australia where he edited Cinema Papers. He didn’t take to being Down Under: he was a ‘pom’ and his wife Jo was a ‘kiwi’, two reasons why the locals weren’t as hospitable as they might have been.

He missed Europe and soon came back to the UK to start writing for and editing Screen International and Moving Pictures International. In the early 1990s, he became editor of Preview, a bi-monthly magazine on films in production. He and Jo ran Split Screen, a Brighton-based publishing and consultancy company specialising in the international film and television business. (This was responsible for several highly influential reports for bodies such as the UK Film Council and Film London.) 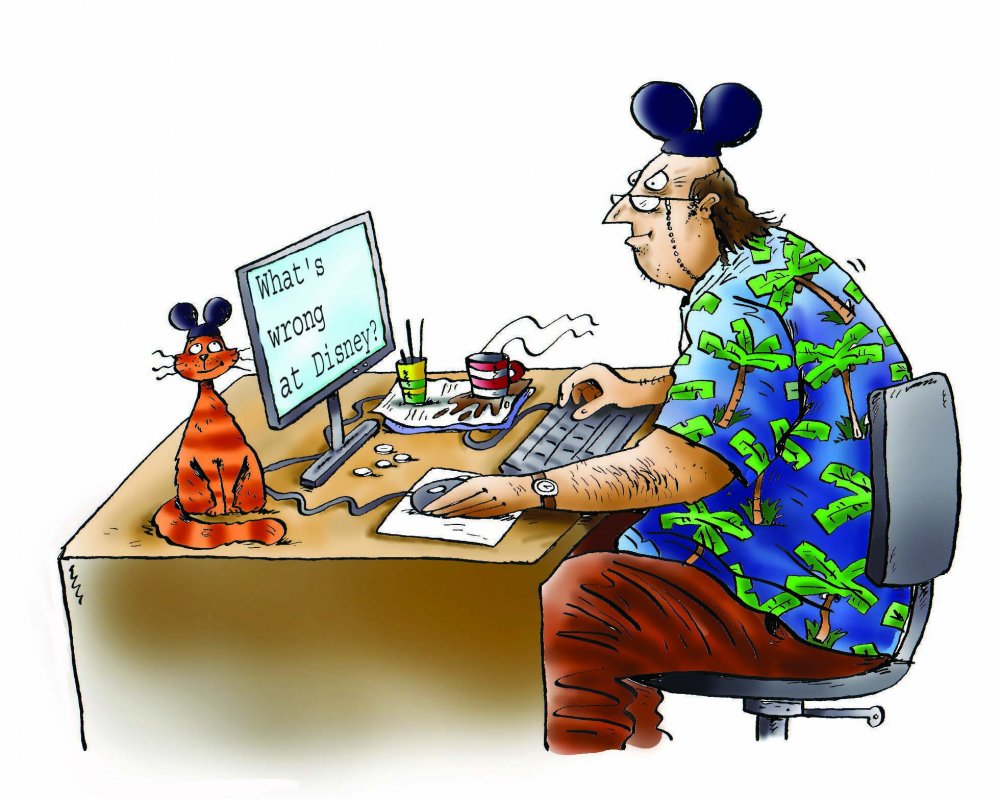 As a journalist, Roddick had an eye for the main chance.  He wrote reviews and interviews for London’s Evening Standard for many years but also managed to squeeze a glorious double-page spread out of an unlikely domestic misfortune. One summer, his daughter Saskia, then a student at Warwick University, had been diagnosed with swine flu. As hysteria about the disease grew, the family in Brighton was put under quarantine. Roddick had to forego a trip to the Karlovy Vary Festival. Instead, he wrote a funny and satirical piece about the family’s surrealistic experiences being visited by a sinister local doctor in a protective plastic apron and full face-mask who made them all feel as if they had stumbled into an episode of the Quatermass Experiment.

In recent years, Roddick’s career in the film business took him some unlikely turns. In 2010, he started running a film curating degree course for the London Consortium and London Film School. (This entailed him turning up at International Film Festival Rotterdam in the dead of winter with a dozen students who almost mutinied when they learned they were to be housed on a barge with erratic plumbing.) More recently, he was guest artistic director of the Bermuda International Film Festival and had become a beloved regular of the Morelia Film Festival in Mexico. Roddick was diagnosed with terminal cancer in the autumn and died with his family around him early on New Year’s Day.

Nick James adds: “He understood film so clearly and incisively”

As Mr Busy and as his erudite critical self, Nick Roddick was for a long while an intrinsic part of the DNA of what we do at Sight & Sound. I find it hard to imagine him not being around, he was so much a part of the scene. He understood film so clearly and incisively and he loved what he did – most of the time. The mixture of asperity and wry humour with which he viewed the film business world was unique. A smile and scowl could almost co-exist on his lips and his eyes would light up all the time at some delicious anomaly in conversation. He was often the first person I would see in a foyer after a film and he never had the conventional view of what we’d just seen. So I’ll think of him, and his singular viewpoint, every time I’m at a festival. 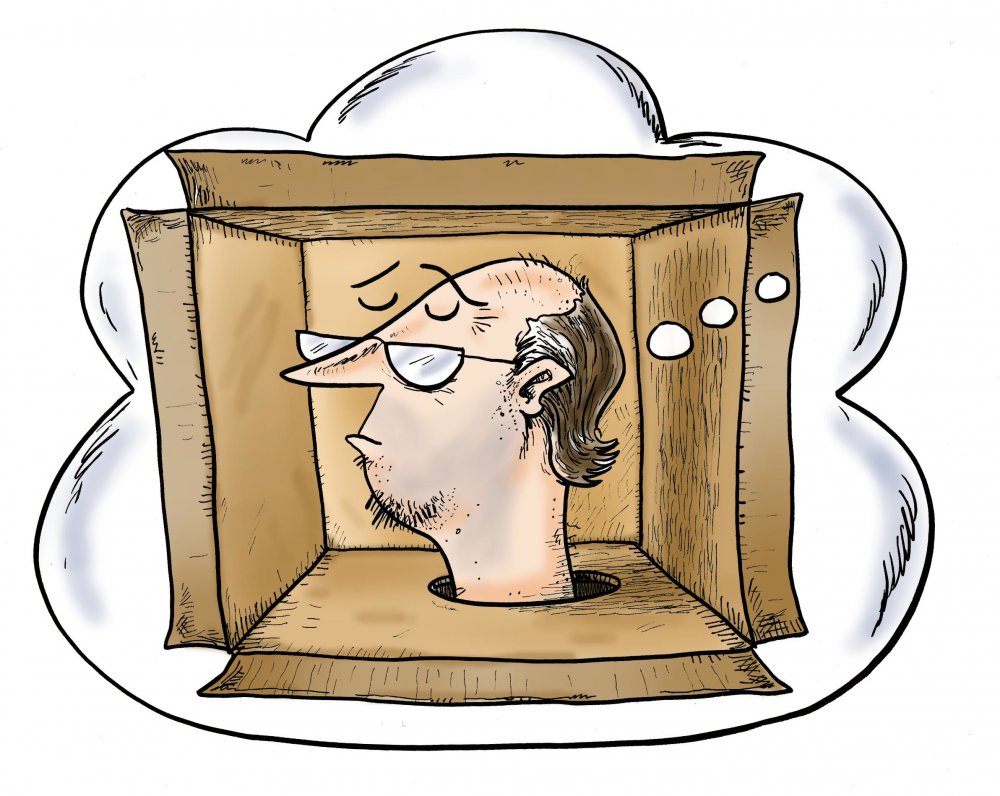 Hearing in December that Nick was seriously unwell led to me to recall all the times we had conversations both terse and amiable in rooms around Europe, usually with a glass in hand. For these I will always be thankful. Trenchant, fully informed and waspish when appropriate, Nick’s conversation was never less than worth it. I absorbed a lot of editorial knowledge from him and he was unfailingly helpful throughout my editorship of S&S. His quite ferocious concentration on a topic always impressed and amused me because it could survive several glasses more than mine. Hearing him pitch an article was always a stimulus, even on the rare occasions when I decided against running it, and he was rarely heard without a note of gleeful humour in his cajoling. I already miss him.

“Add me to the mourners,” says Mark Cousins. “When I first got into film, lots of industry people were unwelcoming. Nick Roddick was warm and wily. Unimpressed by bluster.”

“Nick was a legend,” says Warp producer Mark Herbert. “He supported Warp in the early days and was a fountain of knowledge and advice at many festivals. I remember him introducing me to so many people and giving the best insider tips on how this crazy business works.”

“Nick was a fantastic force for good,” says the BFI’s Lizzie Francke, “someone who cared very much about good practice in the film industry and the journalistic world that feeds off it. He was a very kind and patient mentor to me back in the mid-1990s when I worked for him as a cub reporter on a nascent version of a trade daily for the Marche at Cannes. Those were the days when a photocopier, a stapler and a nose for a good story were all that really mattered. He was a great boss whose dry wit kept things going even in the face of printing adversity. He also understood that bunking off to see something exquisite and rare in Directors Fortnight was ultimately more edifying than any corporate press release follow-up.”

“I was terribly saddened to hear the news,” says critic and programmer Geoff Andrew. “I first met Nick in the mid-80s, and I always enjoyed his company and always learned a lot from him. A major figure in the film world, on many levels.”