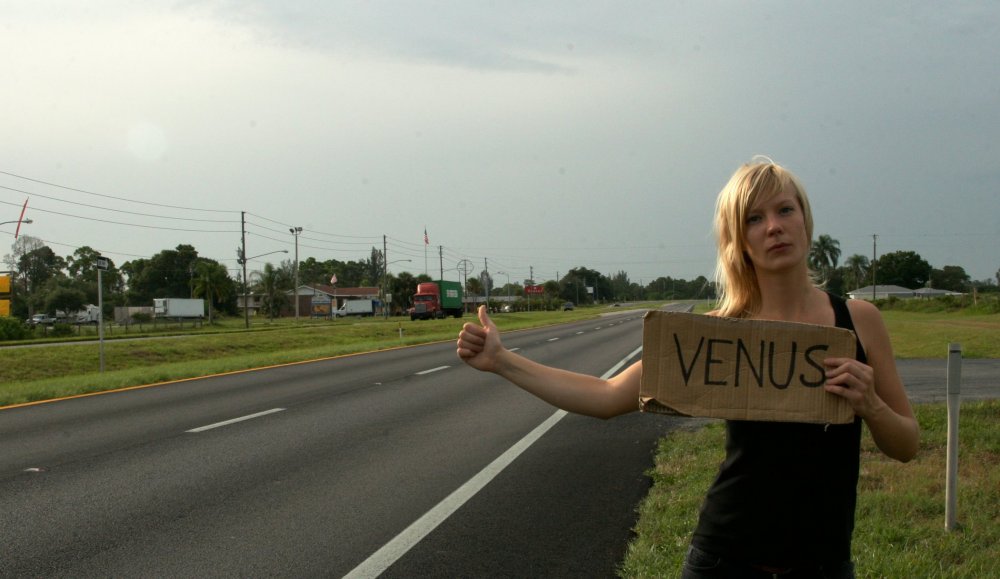 Almost certainly the longest and certainly the most geographically ambitious film festival in the world, Mexico’s Ambulante runs for 12 weeks and involves stopovers in 12 Mexican states, from Baja California in the north to Oaxaca in the south.

Devoted entirely to documentaries – the official title is Ambulante Gira de Documentales, or Documentary Tour – it plays in towns where independent cinema never existed or from which it has long since vanished. True, some of the screenings were in the local Cinépolis (one of the festival’s major sponsors), but these seem less ardently attended, perhaps because they’re the only ones you have to pay for. Mainly, the venues are impromptu – university lecture theatres, art galleries, courtyards, cafes and clubs – and free. I caught up with the tour in Chiapas, home of the Zapatistas (just beginning to become a significant political force once again following the return to power of the PRI last year), and Oaxaca, which makes the best mescal in Mexico.

The programming is an intriguing mixture of greatest hits (Beware of Mr Baker, Searching for Sugar Man, The Gatekeepers), local films treating local themes and experimental work of the sort you’d be hard put to find in any UK festival. Intriguingly, the enthusiasm of the audiences seemed (in my admittedly limited experience) to be in direct proportion to the ‘difficulty’ of the film, indicating something which we all know (or ought to know): that a young audience, raised on mainstream Macmovies, will often respond to the challenge of something cinematically different with infectious enthusiasm.

Thus it was that, turning up to introduce Maja Borg’s Future My Love – an intriguing mix of lesbian longing and theories of radical social change – in a converted café designed to hold 40, I was confronted with an audience of (I was later told) 140, lying on the floor, sitting two-to-a-chair and leaning round corners. It was the kind of experience that anyone who may have grown slightly cynical about the future of cinema should be forced to have from time to time. 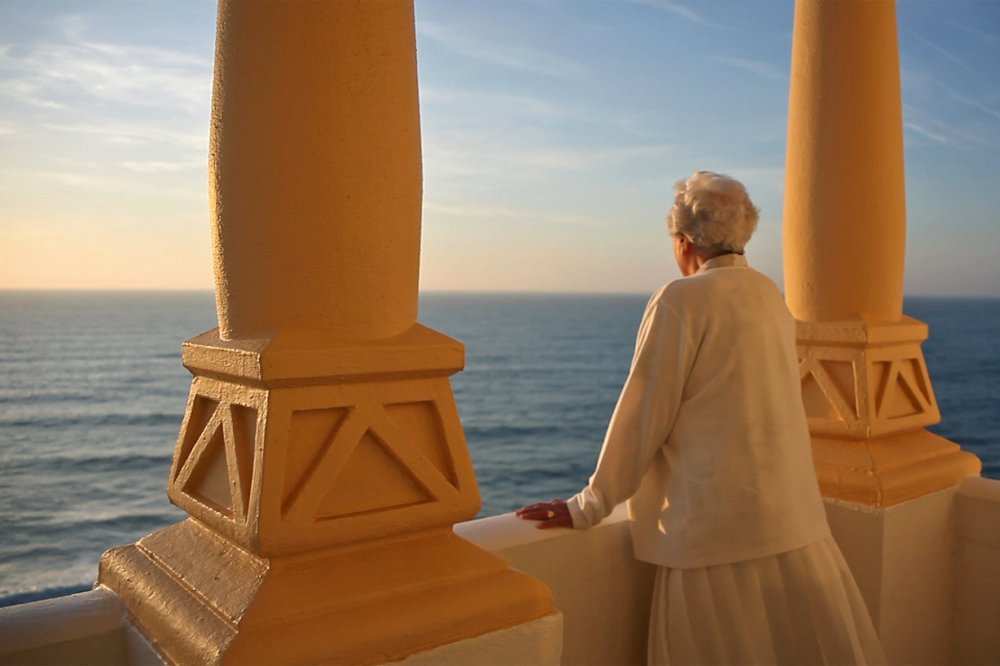 Equally enthusiastically received was Oskar Alegria’s beautiful and mysterious La casa Emak Bakia, which turned an unpromising subject – the search for the house where Man Ray shot the final part of his 1926 film of the same title – into a lyrical evocation of lost worlds, temporarily absent individuals (we visit the grave of a clown only to discover he is still very much alive) and repressed languages (the film, a few interviews apart, is entirely in Basque). Alegria, whose first feature this is, is a filmmaker with an eye for the essential that recalls the young Buñuel.

Among the more traditional documentaries – those that pass the ‘Could you say what they are about in one sentence?’ test – the shadow of Errol Morris loomed large. Morris is, of course, a giant of the genre, having helped steer the documentary back into the theatrical mainstream with his studio-style lighting and perfectly composed frames, allowing all the weight to rest on the words spoken by his subjects. 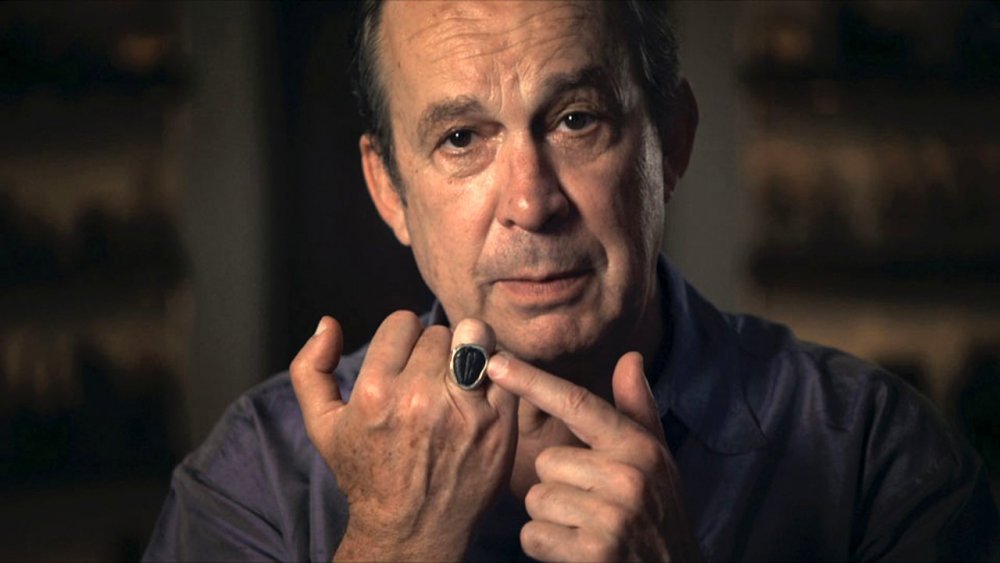 Typical of this approach in the Ambulante line-up was the most controversial film of the festival, El alcalde (The Mayor), directed by Emiliano Altuna, Carlos F Rossini and Diego E Osomo. It is ‘about’ Mauricio Fernandez, the mayor of the northern district of San Pedro Garza Garcia, in Monterrey, Nuevo Léon, right in the heart of Mexico’s drug-cartel country.

Fernandez is a complex individual from a well-off (and presumably right-wing) background who has achieved prominence with a very simple policy when it comes to the cartels: if they fuck with him, he fucks right back in spades. Assassination is met with assassination. “They’ll pay with their flesh,” is how he puts it.

Given the Morris treatment and a constant music score in the background, Fernandez comes across as charismatic, scary and politically savvy, which is probably accurate as far as it goes. But one cannot help wanting the filmmakers to go a little further – to push Fernandez (as Morris would surely have done) away from pragmatism and into the murky waters of morality. A pound (or 200 pounds) of flesh may yet prove to be an interim solution, as Fernandez himself admits, philosophically accepting that the cycle may end with his own murder. But the film has undeniable power and a horrid fascination. 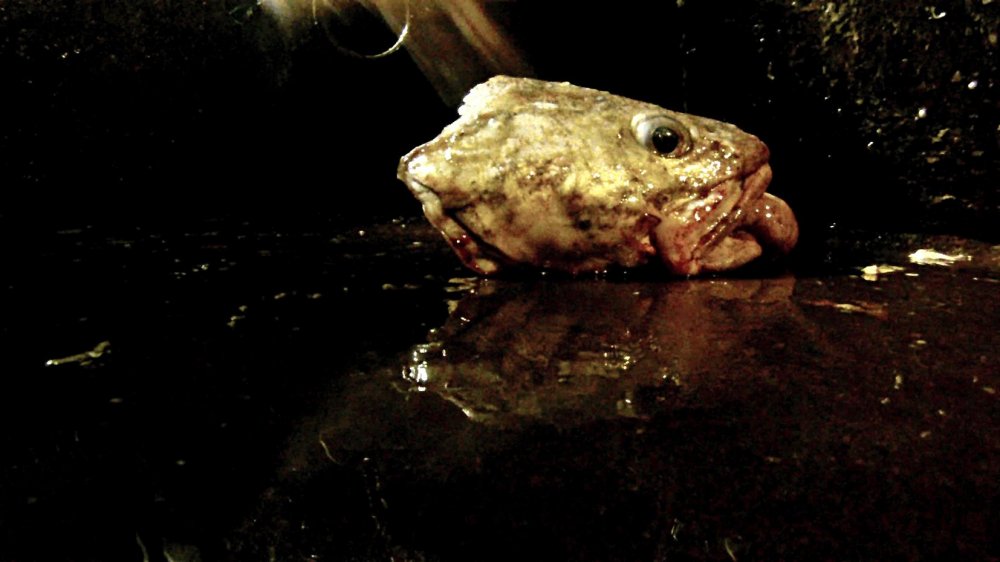 Far from such ripped-from-the-headlines fare, meanwhile, was Ambulante’s most powerful single movie, Leviathan, from Anglo-French, Boston-based filmmakers Lucien Castaing-Taylor and Véréna Paravel. Appearing to operate right on the thin line that currently divides cinema film and gallery installation, Leviathan – due at the Edinburgh Film Festival next month – is nonetheless a narrative film ‘about’ the extreme conditions experienced by fishermen working far out into the Atlantic on the Grand Banks, way off the coast of Maine, following one fishing trip through in more or less straight narrative order. It is almost entirely dialogue free, absolutely without voice-over, but brings us closer to the back-breaking work and, in a non-moral sense, brutality of the fishing business than any more traditional account could ever have done.

Working with long takes, semi-abstract compositions (which turn out to be 100 per cent realistic) and a carefully constructed music and soundtrack best described as industrial noise, Leviathan’s impact is overwhelming. Somehow the imperfect, reverberating acoustics of Oaxaca’s Museum of Contemporary Art enhanced the experience of the film, plunging the audience into a cauldron of sound. Clearly, Leviathan was a tough film to make; to say it is also a tough one to watch is, in the present context, as direct a compliment as I can pay it.

Related to The high road: Ambulante 2013