The work of Ukraine’s singular and prolific Kira Muratova – best known for 1989’s Asthenic Syndrome, but spanning the Soviet Thaw and two decades post-perestroika – remains critically neglected. Is it just too unflinching? 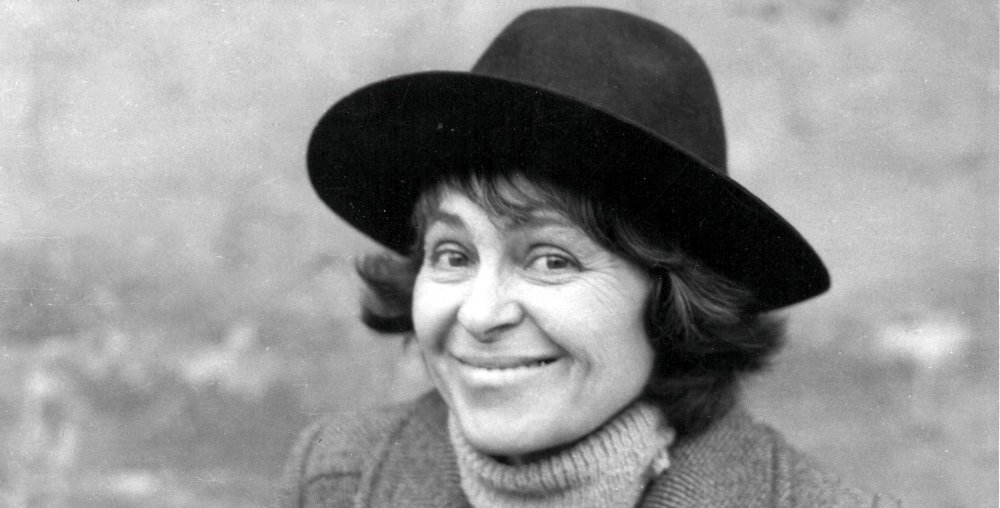 Kira Muratova was one of the most brilliant and prolific filmmakers of Soviet and post-Soviet cinema. While her oeuvre has drawn attention in the perestroika and post-perestroika period, her later work has been somewhat neglected, both in scholarship and in the international festival circuit. And yet, she would have boosted the so-much-talked about women quota, even though she would have brushed aside questions about feminism with the comment: “But we have a patriarchy!”

Maybe the inattentiveness to her work has to do with the fact that she was ‘just’ a great filmmaker, and never made a deal about being a woman filmmaker. Her films challenge contemporary life in a profound and uncomfortable way. Muratova always held her finger on the pulse, or rather poked it into the open wounds – such deep-rooted flaws of human nature as evil and cruelty. Muratova’s films possessed an inimitable lightness in a complex narrative fragmentation, seemingly stitched together with dialogues that expose the absurdity of speech.

I met Muratova in 1997 at Kinotavr, the largest and most significant Russian film festival held in Sochi, where she presented Three Stories. I remember debates about cats and children. The film’s third story opens with a cat catching and tearing apart a chicken. Following this overture, the novella proceeds with a little girl offering a concoction with rat poison to her elderly, wheelchair-using neighbour – played by the legendary Oleg Tabakov, who also passed away earlier this year. 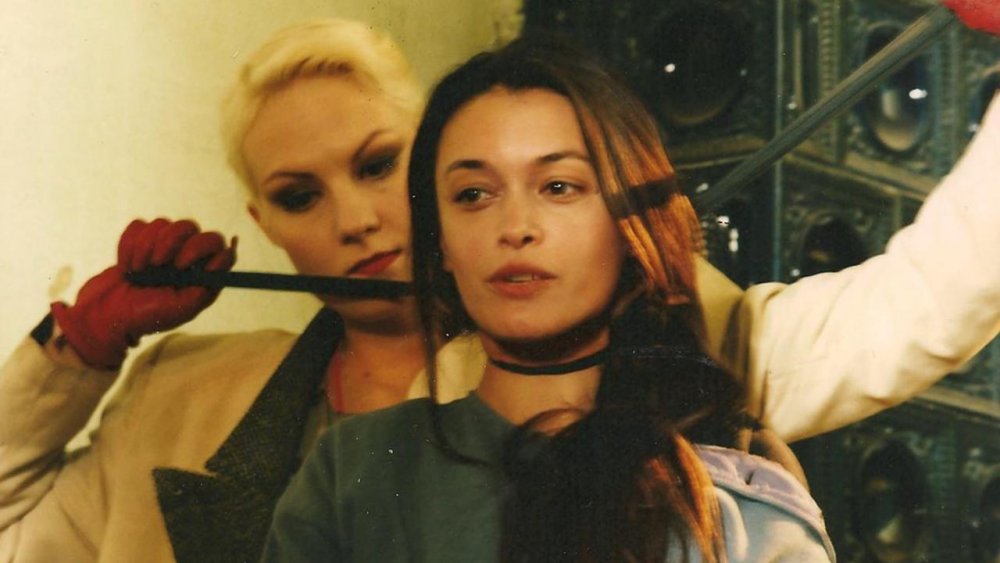 Critics and animal lovers alike were somewhat appalled, obviously for different reasons, yet the concept of human cruelty could not have been rendered more poignantly. Indeed, the theme of death not only linked the three novellas, but fascinated Muratova, here taking a penetrating look at a little murderess and exposing an uncomfortable truth behind decorative facades. Evil is hidden in a beautiful and, in this case, innocent shell, and corpses form a part of the décor. Muratova’s interiors are therefore always furbished exquisitely, not least thanks to her collaboration with production designer (and often co-scriptwriter) Eugeny Golubenko, her second husband and some 20 years her junior.

Muratova and Golubenko visited Sochi again in 2001 to present Second-Class Citizens – a film that marks a sharp turn towards the absurd, which would dominate her later films that remain little-known to the international circuit. And again, it was at this year’s edition of Kinotavr in Sochi that the news came through of Muratova’s death following a prolonged illness.

Born in Soroca, Romania (now Moldova) as Kira Georgievna Korotkova, Muratova studied in Moscow at the State Film Institute VGIK under the master Sergei Gerasimov, graduated in 1959, and received her first posting at Odessa Film Studio. She was one of the very few women who adopted the name of her first husband, the television filmmaker Aleksandr Muratov, where it is common practice in Russia for women to keep their name. She was a filmmaker positioned historically and geographically between the Kingdom of Romania, the USSR, the Russian Federation and Ukraine, but whose films (with one exception) were all shot in Odessa and in Russian. She lived in Odessa, where she raised her two grandsons after the tragically early death of her daughter Marianna. 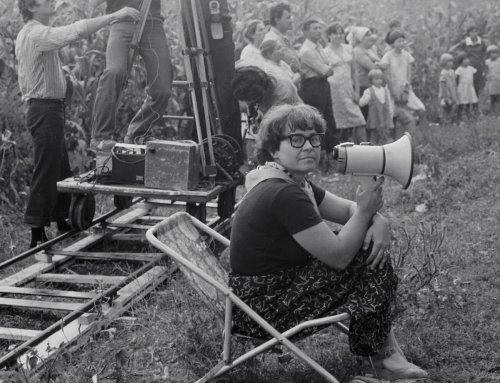 Muratova’s work stretches from the late Thaw of the 1960s through the Stagnation era into the post-Soviet period. She made her first films with her first husband: the graduation film By the Steep Ravine (1961), and their joint debut Our Honest Bread (1964). Her first two independent films, Brief Encounters (1967) and Long Farewells (1971), both created at the Odessa film studio, established her style. The first film caused controversy over the casting of the bard Vladimir Vysotsky in the role of an unsettled geographer who strays in his love-life. The second film was shelved until 1987 and cost the minister of cinema of Ukraine and the director of the Odessa film studio their posts, and led to Muratova being demoted to librarian and later transferred to Lenfilm.

In the 1970s Muratova worked with Rustam Khamdamov on Mikhail Lermontov’s Princess Mary; however, the project was closed in pre-production. After her transfer to Leningrad, she made Getting to Know the Big White World (1979), before returning to Odessa, where her film Among the Grey Stones (1983) was subjected to severe cuts by the Ukrainian cinema ministry, to the extent that Muratova removed her name from the credits: the film was released under the name ‘Ivan Sidorov’.

She returned to filmmaking only after perestroika, with Change of Fate (1987) and Asthenic Syndrome (1989), which mark a new phase in her work: she abandons musical scores in favour of rhythmical intonations and speech patterns. At the same time, her films are recognised nationally and internationally: Long Farewells was released in the USSR and received a NIKA award, while Asthenic Syndrome competed in Berlin, where it won a Special Jury Prize. In 1994 she received the Leopard of Honour at Locarno.

Her later, post-Soviet films, were mostly co-produced by Russian independent studios (Igor Tolstunov, Igor Kalenov) and Ukraine’s Culture Ministry, where Muratova had support from Anna Chmil, chairperson of Ukraine’s Goskino from 2006-10 and producer of two of her films in the early 2000s: Second-Class Citizens (2001) and Chekhovian Motifs (2002). Her last three feature films, made between 2007 and 2012, were produced solely in Ukraine by SOTA Film Group’s producer Oleg Kohan. 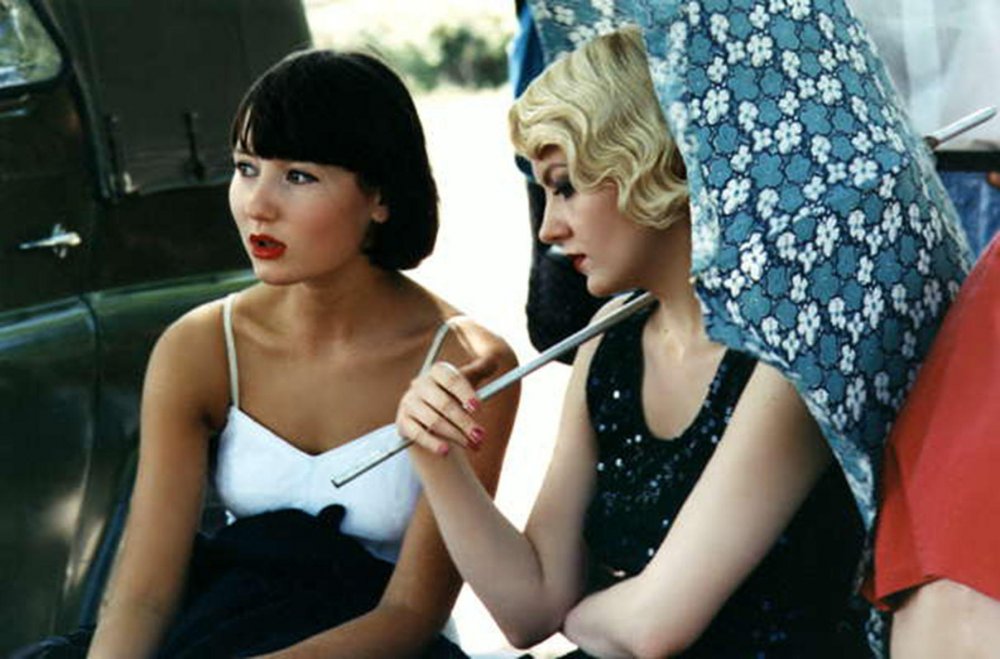 During the 1990s, she continued to receive some international attention: The Sentimental Policeman (France/Ukraine, 1992) was entered into the Venice competition, while Enthusiasms (aka Passions, Russia/Ukraine, 1994) remained locked in the Russian circuit. In the latter film, she began collaboration with writer and actress Renata Litvinova, who also co-scripted Three Stories (1997), which screened in competition in Berlin. The Tuner (2004) also starred Litvinova, as did Two in One (2007) where she appeared alongside Bogdan Stupka.

Melody for a Street Organ (2009) was the last large-scale film project; it screened at the Moscow International Film Festival. Her last film, Eternal Homecoming: The Casting (2012) was a chamber piece, shot in a pavilion and thus a-typical for Muratova; however, the film tackled issues of cinematic storytelling with her characteristic irony and mockery.

Muratova’s films were usually created by the same crew: she worked with the composer Oleg Karavaichuk for her early films, and with Valentin Silvestrov in her Lenfilm period and again on the last films. Her cameraman was Gennadi Kariuk, and for the last films Vladimir Pankov. 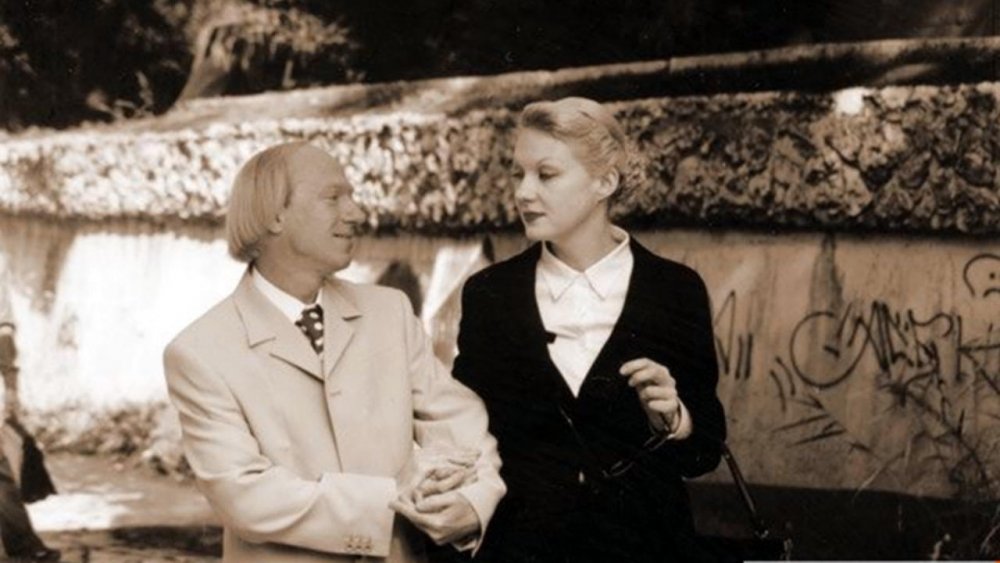 Yet more significant is her choice of actors: in her first film she worked with the singer-songwriter and poet Vladimir Vysotsky and the debutante Nina Ruslanova. For Long Farewells she cast the well-known Leningrad theatre actress Zinaida Sharko, because she suited the role with her out-of-place, clumsy demeanour. Following her collaboration with Khamdamov, Muratova went on to cast the actress Natalia Leble, who had appeared in his Unexpected Joys (1974).

Muratova then began to cast types rather than professional actors, such as Aleksandra Svenskaya, a brass musician and elevator engineer, or the performer and TV presenter Uta Kilter. In the 1990s she cast the diva and femme fatale Litvinova. The veteran actors Alla Demidova and Sergei Makovetsky appeared in Three Stories, a film she dedicated to Gerasimov, from whom she clearly took the concise work with and choice of actors. 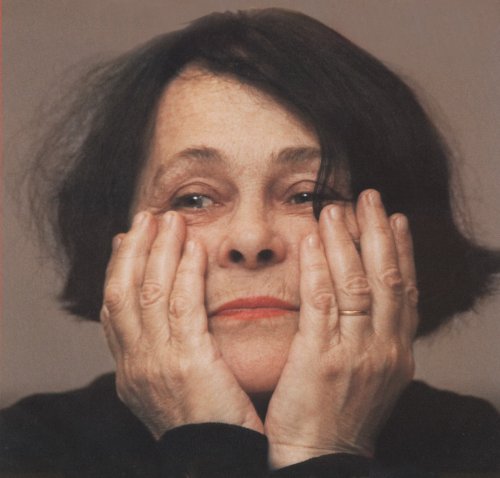 Another Muratova actor is Leonid Kushnir, who worked as a set decorator; for Second-Class Citizens she cast Filipp Panov, an administrator at the studio. In other words, Muratova used the extraordinary qualities of ordinary people, features that are closer to circus and vaudeville – in the Chekhovian sense – than to professional acting. Thus, the performers Natalia Buzko and Georgi Deliev, both comic actors with a background in mime theatre, both members of the ‘Maski’ comedy group, are regulars in Muratova’s films. So is Jean Daniel, son of deaf parents and fluent in sign language, who runs a theatre for the deaf in Tallinn. Muratova brought out a side of their personality that made their characters amusing, grotesque and eccentric – in a continuation of the 1920s tradition of the Factory of the Eccentric Actor (FEKS) in Leningrad, which also relied on circus and slapstick performances. Moreover, Muratova turns the vulgar into something beautiful, uses waste as a decorative ornament, and integrates the criminal into the everyday.

Muratova has often been accused of disliking people, both due to her brisk answers in interviews and in their screen representation, exposing foibles and showing a keen interest in morbidity. Her attitude to death would often make her victim of abuse, but she looked death in the eye with a piercing view, fearless.