Renowned for provocations like W.R. – Mysteries of the Organism and Sweet Movie made on both sides of the Iron Curtain, the Yugoslav master of the irreverent montage finally became himself a totem of a vanished era. 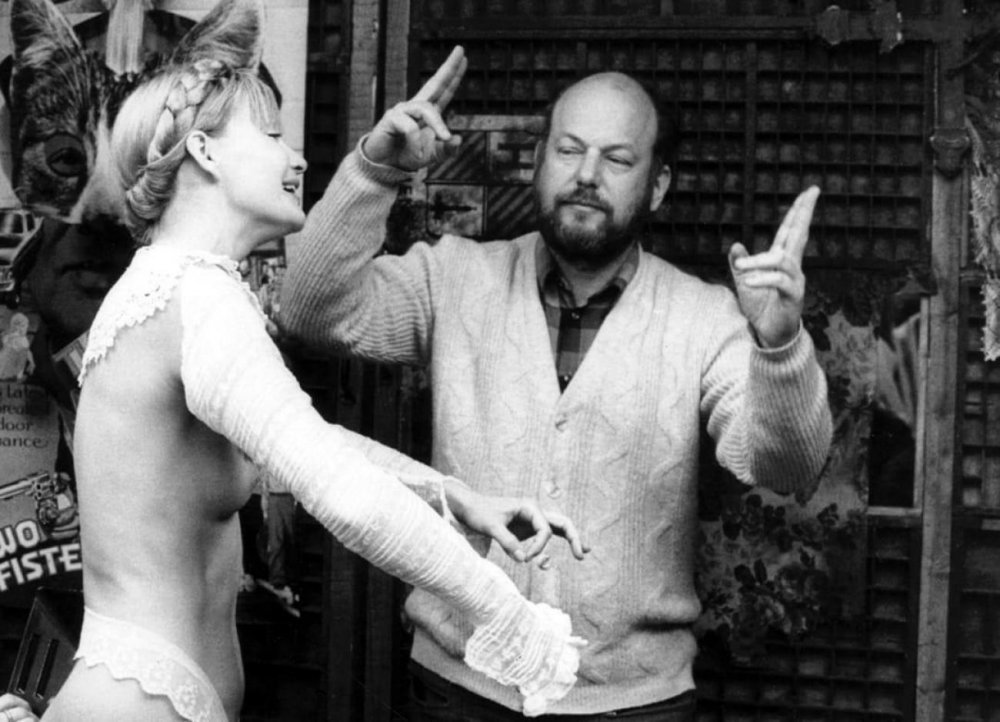 The only member of the former Yugoslavia’s audacious cinematic waves of the 1960s to become a recognised auteur worldwide, the late Dušan Makavejev was cinema’s greatest ringmaster of the ‘political circus’ – a term he used to describe his most famous film, that once-notorious essay on sexuality and revolution W.R. – Mysteries of the Organism (1971). A learned, oddly loveable provocateur, Makavejev turned political dialectics into three-ring spectacles: in his purest and wildest period of the 1960s and 70s, his films would pursue multiple paths in a dizzying variety of stylistic formats, blending fictional narrative with documentary material, archival footage, professorial lectures to camera, captions and songs. His cultural and geographical points of reference were no less expansive: even before Makavejev emigrated from Yugoslavia in the early 1970s, he was casting his inquiring gaze further afield, comparing the nominal ‘Third Way’ socialism of his native country with its Stalinist (or Maoist) equivalents and proving as wry a commentator on Western libertarianism as Eastern repression.

Behind the circus-like attractions of Makavejev’s films lies the ‘montage of attractions’ as theorised by Sergei Eisenstein – the principle of composing a film as a system of juxtapositions or ‘collisions’ between different images in order to generate new meanings. Makavejev took montage principles as far as any filmmaker of his era, yoking together disparate scenes – such as, most infamously, the plaster-casting of a penis and shots from a hagiographic Soviet film about Stalin in WR – to provoke weighty, often unorthodox ideas. Brecht has also been cited as an antecedent for Makavejev, inevitably of course for a filmmaker who fused formalist, disruptive aesthetics with radical (though in his case strictly non-doctrinaire) politics.

But Makavejev was earthier and more approachable than Brechtian contemporaries like Godard or Alexander Kluge. His streak of dark Buñuelian humour, together with his faith in the affective power of his juxtapositions and their anarchic capacity to foster multiple, conflicting responses, make him as much an heir to the surrealists as to Brecht or Eisenstein. Yet that anarchic way with meaning, just like the seemingly scattershot subject matter, were given focus by insistently recurring themes: freedom and manipulation, the promises and actualities of communism, the human body as a kind of ideological battleground that could alternately be made the object of authoritarian control, scientific dissection or autonomous (chiefly sexual) pleasure. 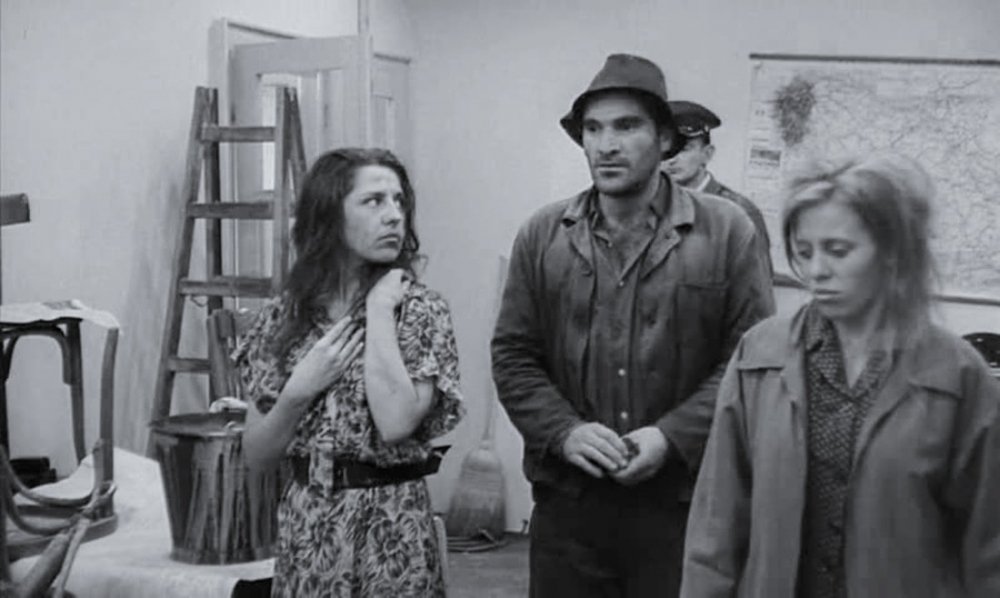 Born in Belgrade in 1932, Makavejev first studied psychology, then film directing, and in 1951 he co-founded the Belgrade Cinema Club, under whose sponsorship he began making amateur shorts. His first feature was Man is Not a Bird (1965), a story of odd and dysfunctional romantic relationships set in a small mining town. Less experimental or artistically virtuoso than Makavejev’s subsequent films of the period, the film is nonetheless distinguished by a gritty and raucous realism: the heavy-industry environment may be the stuff of socialist cliché, but the brawling, lustful proletarian world portrayed certainly isn’t. There are already some eccentric and tangential flourishes – like the book-ending of the film with the talks and routines of a travelling carnival hypnotist. 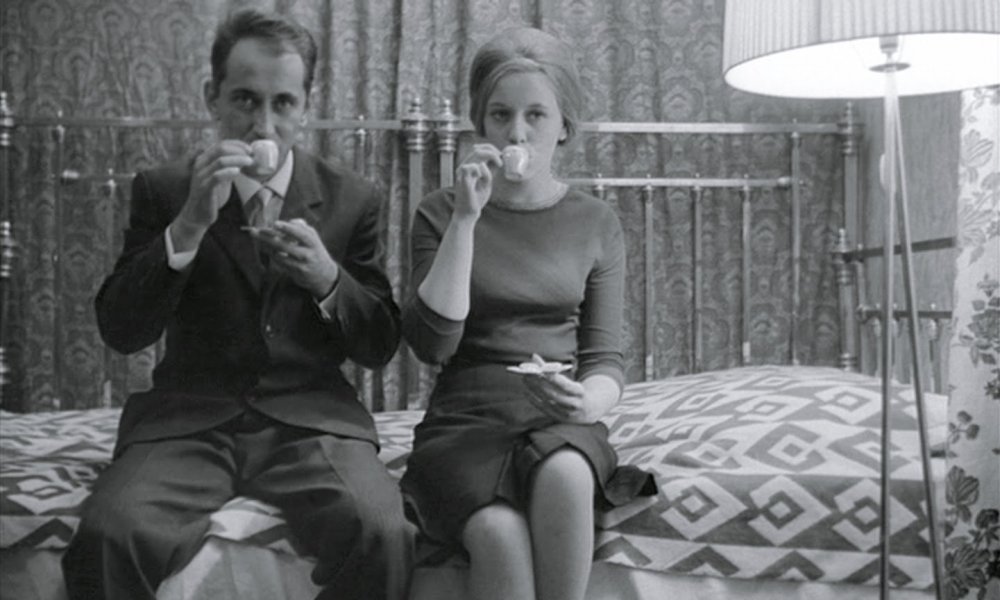 Yet it was only in his second feature, The Switchboard Operator (1967, titled Love Affair in the USA), that Makavejev first properly exploited his genius for the odd but telling tangent and made the inspired interruption a modus operandi. The Switchboard Operator was also Makavejev’s international breakthrough. Amidst a riot of digressions that encompasses everything from a poem about rat killing to some vintage pornographic tableaux vivants, this film details the romance between titular switchboard worker Izabela, a young, sensuous, ethnically Hungarian woman, and older sanitation inspector Ahmed, a Muslim of Turkish descent and Communist Party member. The couple’s differences at one level stand for wider, regional contradictions between modern and traditional attitudes, but Makavejev refuses to reduce his characters to types, and the scenes of Izabela and Ahmed’s domestic and erotic life together are shot through with tenderness, charm and a love for the everyday – qualities not even dispelled by the romance’s fatal outcome, which is explicitly signalled early on. 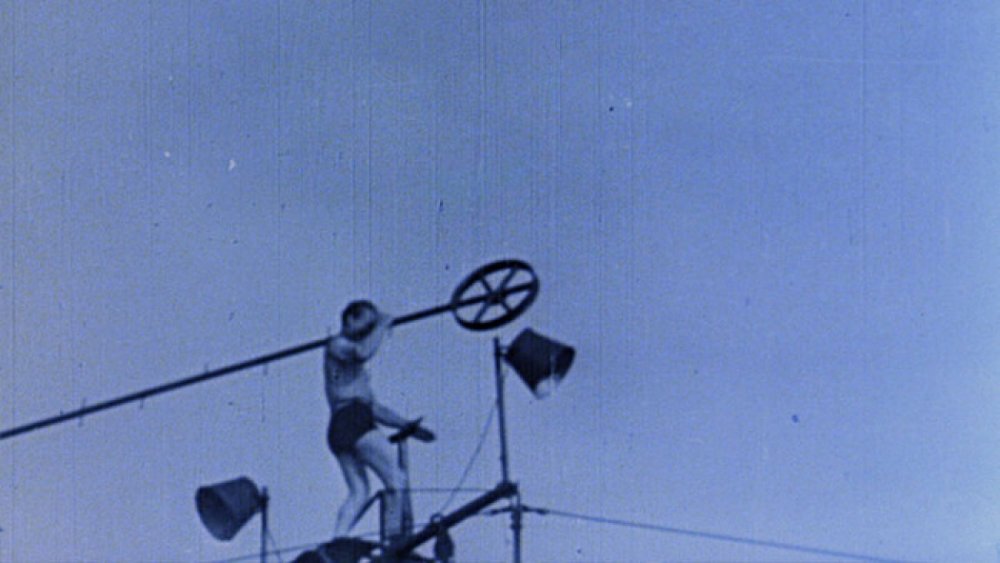 Innocence Unprotected (1968) is an ingenious, virtually sui generis work, a mix of documentary and found footage in which Makavejev refashions an existing film – the first Serbian talkie, made secretly under Nazi occupation. The original film was a crude melodrama, yet it had functioned as an act of national resistance, and Makavejev treats both the film itself and its winningly bombastic maker and star – strongman Dragoljúb Aleksić – with a mixture of irony and respect.

The most nationally rooted of Makavejev’s films, Innocence Unprotected is a break from the contemporary and controversial elements that surged to the fore in his next film, WR: Mysteries of the Organism. The initials of the title refer to renegade psychoanalyst Wilhelm Reich, but also to ‘World Revolution’. Though the film had begun life as a documentary on Reich, the resulting work is a kaleidoscopic panorama of life, politics and sex on both sides of the Iron Curtain, charting the incarnation of Reich’s sexual-liberationist principles in modern therapy, in New York’s underground and hippie culture and in the fictional Yugoslav character Milena, a preaching Reichian militant. 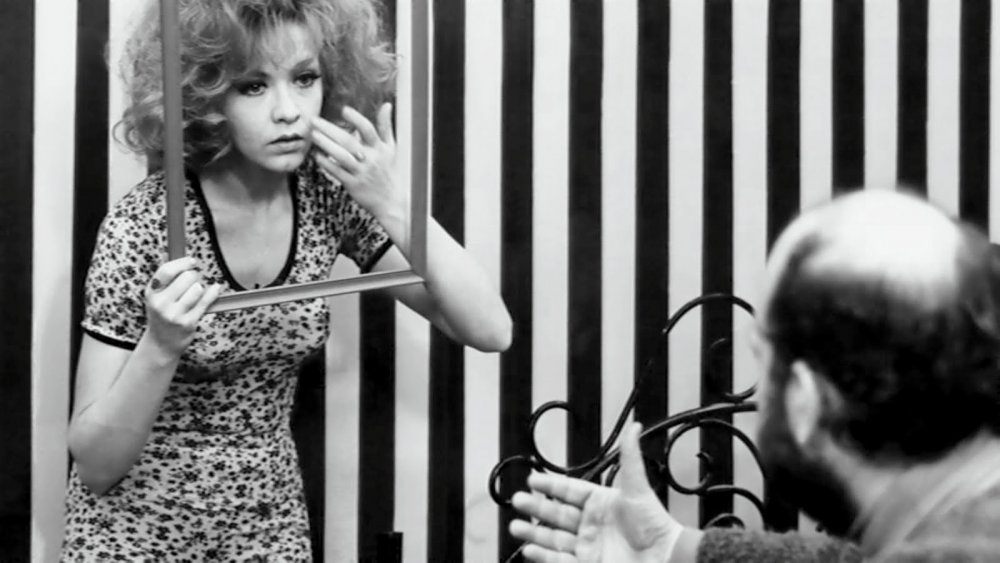 Of course, such belief in the generally emancipatory effects of sexual freedom as the film explores may now seem highly passé, fit only for a 1970s time capsule. It is thus important to note the tempering notes of scepticism that Makavejev brings to these ideas. In this dialectical confrontation of Red Square and Times Square, it is clear enough that Makavejev rejects the rigid bodily self-denial of Soviet communism, and yet his stance towards America’s self-proclaimed sexual revolutionaries – with their anatomical fixations and somewhat harrowing therapy sessions – should also not be seen as unequivocal endorsement.

WR has been said to contain something to offend censors everywhere. It certainly caused a scandal domestically, resulting in Makavejev’s expulsion from the Yugoslav Communist Party and his departure from the country. But his first film in exile, the French-German-Canadian Sweet Movie (1974), actually doubles down on WR’s provocations. 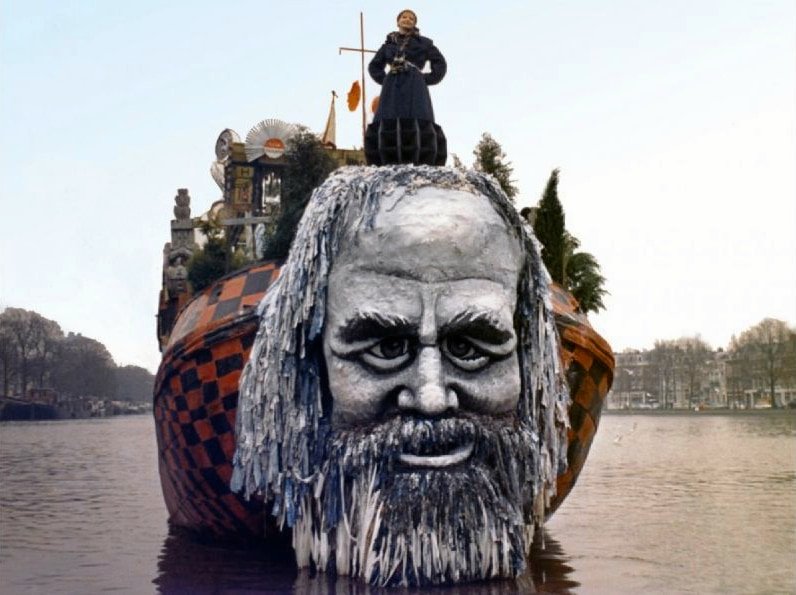 This picaresque, at times broadly comic film is divided between the exploits of two unconnected protagonists – the winner of a virgin beauty pageant and a revolutionary pirate aboard a boat with a giant Karl Marx head at its prow. Awash in sugar, chocolate and other less palatable substances, Sweet Movie is more visceral and less cerebral than WR: its more extreme onscreen transgressions seem designed to test the viewer’s own taboos and sensitivities. Despite its considerable power and complexity, this much-banned work matched WR in notoriety but not acclaim. Makavejev was unable to attract financing for the next several years, during which time he taught film at several American universities, including Harvard. 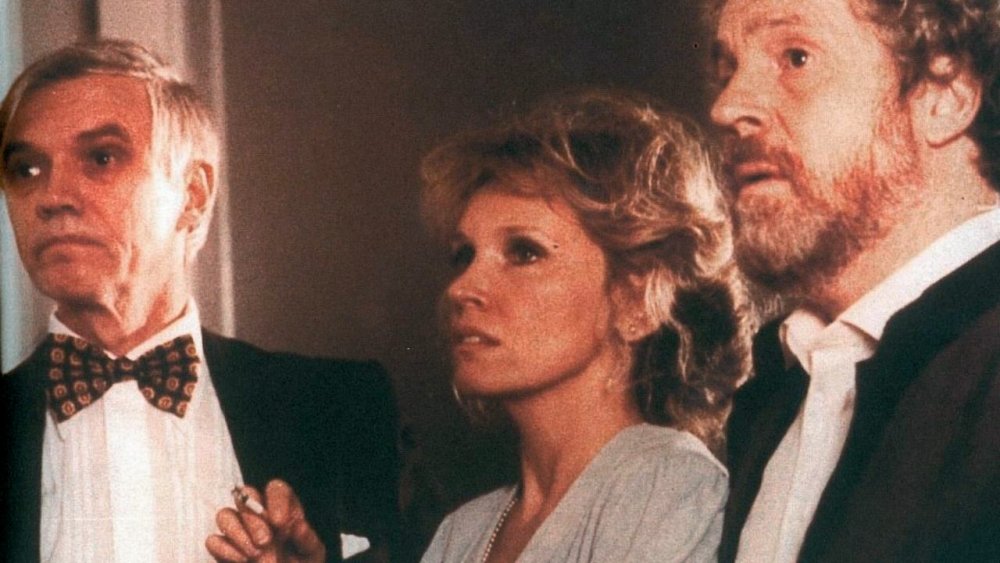 Montenegro (1981) was a decisive comeback and a cunning reinvention that proved Makavejev could accommodate his signature preoccupations to a relatively linear narrative. Filmed in Sweden and starring Susan Anspach as the frustrated American woman who ditches her plush home and negligent husband for a rambunctious troupe of Yugoslav immigrants, the film is a characteristic blend of the droll and the alarming, in which Makavejev restricts his usual adornments to a wicked, revelatory final caption. Montenegro was a Palme d’Or nominee and Makavejev’s biggest commercial success.

He maintained this more conventional manner, if without the same sharpness, in his next two films: The Coca Cola Kid (1985) was a relatively mild big-business satire that took Makavejev to rural Australia, while Manifesto (1988) was a farcical Mitteleuropa fantasy on revolution that brought him back to Yugoslavia. Both films at least continued his exploration of sexuality. 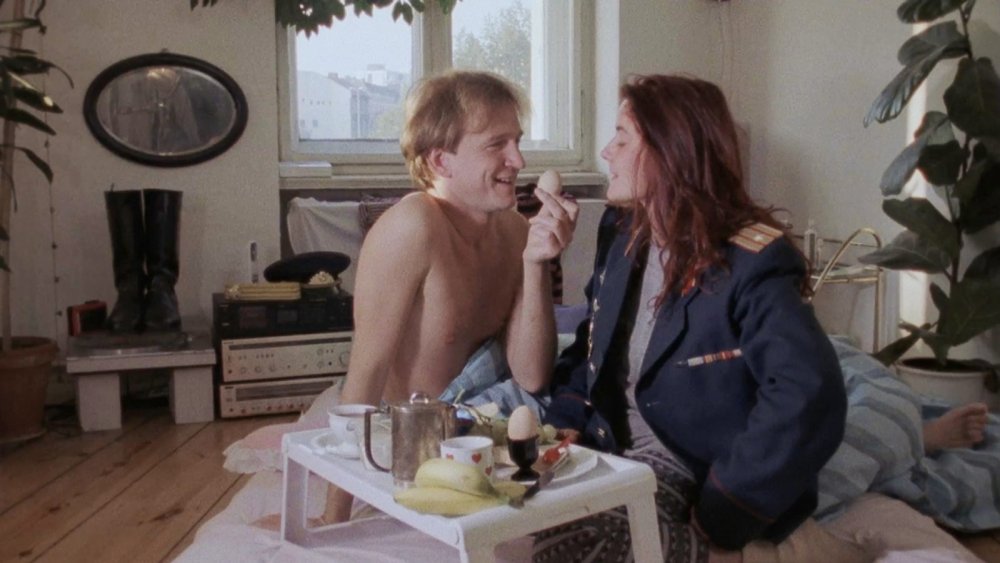 Gorilla Bathes at Noon (1993) was something of a return to form, as its tale of a Red Army soldier adrift in post-communist Berlin is juxtaposed with Soviet and Nazi propaganda footage in the old manner. But now the filmmaker’s approach to state communism was less acerbic than elegiac: Makavejev the arch-iconoclast had long cautioned us not to believe in monuments (as the title of one of his early shorts has it), but now the monuments – like the giant statue of Lenin whose destruction is shown here in documentary footage – were disappearing anyway. 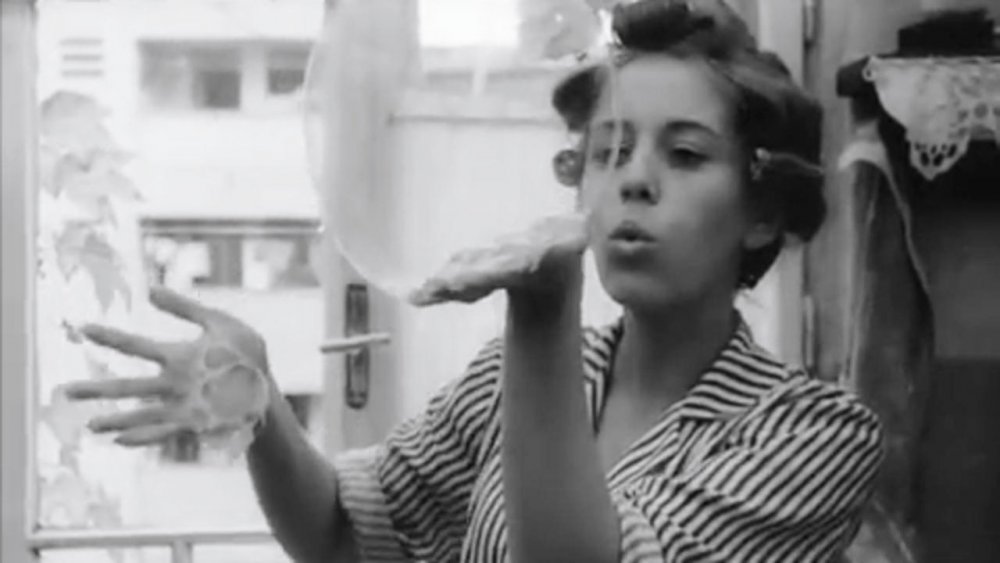 His final major work was the documentary self-portrait Hole in the Soul (1994), produced by BBC Scotland, and in this funny, quirky and illuminating film Makavejev reflects on the recent fate of his country and reveals his attempts to attain financing for a feature project called Yugoslavia. It seems fitting that Makavejev should have turned, at this late point in his career, to thinking about and identifying with that now non-existent state. For Makavejev and his work belong to a vanished terrain. Not only does the Yugoslavia in which he established himself no longer exist; neither, sadly, does the mode of filmmaking that he so brilliantly inhabited – a mode that was unashamedly experimental, intellectual, transgressive and life-affirming.

W.R. – Mysteries of the Organism trailer