Kosovo has more film festivals than cinemas. Croatia may have more than any other country in the world. Neil Young investigates DIY cinephilia in the lands of the southern Slavs. 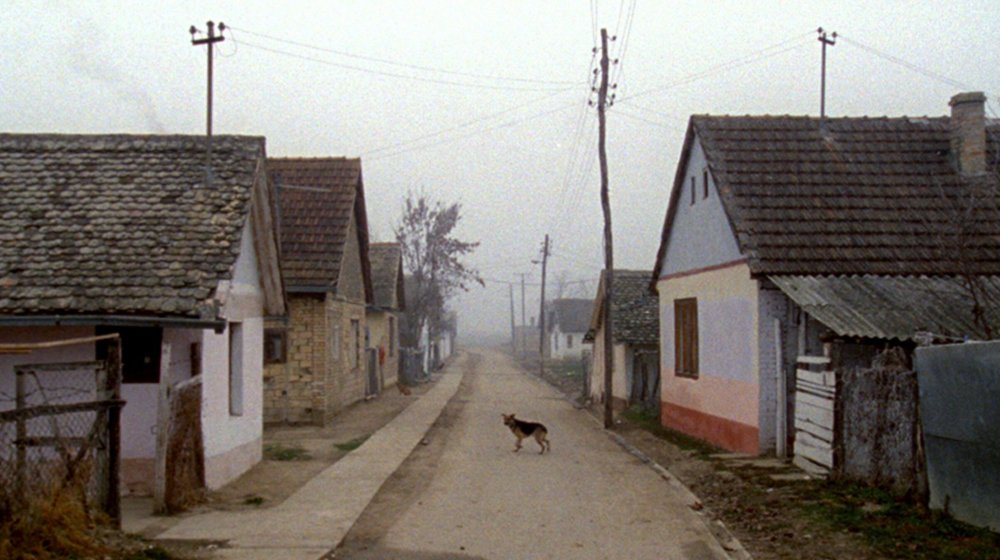 It was the most Yugoslavian of evenings. A warm Thursday in late August, on a platform above the Lumbardhi (‘White’) river that bisects Kosovo’s second city, Prizren. A paying audience of 50 or so on plastic seats, with a few dozen more watching for free atop the graffiti-adorned wall halfway up the southern bank. Neat, Roman majuscule: “CAPITALISM IS ORGANISED CRIME”.

Dokufest specialises in such dramatic outdoor settings. Most spectacularly is ‘Kalaja’, on an elaborate, temporary wooden structure that for a couple of weeks juts out from a flank of the long-ruined, ancient hilltop fort, affording panoramic views across the cityscape and over to the mountains on the Albanian border. Way down below one can just spot the inflatable ‘Pllato’ screen, in the imposing shadow of the 500-year-old, landmark Sinan Pasha Mosque.

The Lumbardhi screen’s 8pm triple bill on day six of the 13th Dokufest International Documentary and Short Film Festival kicked off with Karpo Godina’s rousingly musical ten-minute-long Healthy People for Fun (Zdravi ljudi za razonodu aka The Litany of the Healthy People, 1971), a late high-point of Yugoslavia’s satirical, subversive ‘Black Wave’ in which the cultural diversity of Serbia’s semi-autonomous northern province Vojvodina is, depending on one’s perspective, either satirically mocked or buoyantly lauded… or perhaps both at the same time.

Next up, Matjaž Ivanišin’s Karpotrotter (Karpopotnik, 2013, pictured at top), a Godina-inspired travelogue visiting present-day rural Vojvodina, and the locations where the septuagenarian doyen of Slovenian directors shot his semi-lost 1970 short I Have a House (Imam jednu kucu). Rounding off the evening: Ognjen Glavonić’s 63-minute paean to persistence Živan Makes a Punk Festival (Živan Pravi Pank Festival, 2014), in which the eponymous and hapless Živan seeks to improve the cultural opportunities in his and Glavonić’s home town of Pančevo, one of Vojvodina’s larger cities. 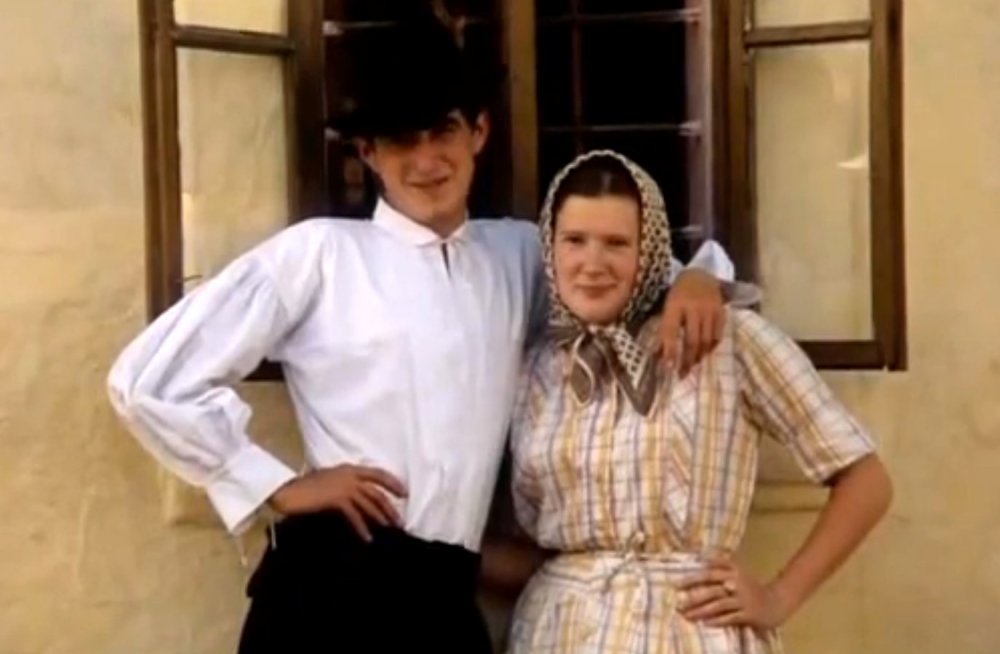 Godina (born in what’s now Macedonia), Ivanišin (Slovenia) and Glavonić (Serbia) were all in attendance for a programme aurally interrupted about an hour in when the local muezzins launched into twilight’s isha call to prayer – Prizren has 77 mosques, a total exceeding even that of the capital Prishtina some 40 miles north-east along the dusty R7 highway.

Prizren suffered much less damage than Prishtina during the 1998-9 conflict which historians now class as the fourth and final of the 1990s’ ‘Yugoslav Wars’. Every aspect of life in Tito’s former dominion was affected, few more so than the Marshal’s favourite art-form, cinema. In 1977, three years before Tito’s death, Yugoslavia had a population of 21 million and 1,267 cinema buildings (to compare: in 2013 the UK had 756 cinemas and 3,900 screens). As Yugoslavia collapsed through the 1990s, more than 70 per cent of cinemas closed.

In Kosovo the decline was particularly drastic. “Cinemas used to be the most attractive spots in almost every town in Kosovo,” reminisces Dokufest’s executive director Eroll Bilibani. “We had 30 before the conflict but afterwards there was just a single permanent cinema operating in Prishtina. Currently there are only two in the entire country” – a land of almost two million people.

Often labelled Europe’s newest, poorest and youngest state, Kosovo’s population has an average age of 26. 70 per cent are under 35; youth unemployment is over 60 per cent. Prizren, the closest thing Kosovo has got to a tourist magnet, doesn’t feel like one of the more poverty-stricken corners of the Balkans. Late into every evening the streets are full of carefully-coiffed, nattily-clad young Prizrenalis engaging in an especially chatty form of passeggiata, calling in at one of the innumerable bars for a coffee or a bottle of beer brewed in Peja (aka Peć), the fourth-biggest city.

Peja has a film festival too. The animation-focussed Anibar was founded in 2010 by a group of teenagers. Like Dokufest, it’s a bit funkier, hipper and edgier than Prishtina’s PriFest – the latter more of a red-carpet, black-tie affair which eschews the dinky ABC Kino in favour of the nearby splendours of the National Theater, and which has proceeded under the patronage of Vanessa Redgrave since it began in 2009.

With Dokufest, Anibar and PriFest – plus a handful of smaller events – Kosovo is thus in the unusual position of having more film festivals than it does cinemas. But it still has some way to go before it catches up with Croatia, which locals claim has more film festivals per capita than any other country in Europe, and probably the world. The government-backed Croatian Audiovisual Centre provides funds to around 56 “film festivals and other audio-visual manifestations” per year, this in a nation of under 4.5 million people. It’s a ratio which, if mirrored in the United Kingdom, would equate to the BFI supporting nearly 830 film festivals per annum.

Croatia is an extreme example, but it’s by no means unrepresentative. Glavonić, the director of Živan Makes a Punk Festival, typifies the younger post-Yugoslavian generations’ DIY attitude to cultural activity: as well as playing guitar in punk four-piece Nesto Najgore and travelling around Europe with his films (Živan premiered at Paris’s Cinéma du réel), he’s now running his own film festival in Pančevo.

The inaugural PAFF ran from 3-7 September and, despite slimmer-than-shoestring finances, included cinephile-endorsed fare such as Lav Diaz’s Norte, the End of History, Corneliu Porumboiu’s The Second Game and James Gray’s The Immigrant. The aim of Glavonić and company was to increase chances for local audiences to experience non-Hollywood cinema, as the only regular movie-house in town is the Cultural Centre, showing just a handful of ‘independent’ films per week.

This paucity of cinema options is a partial explanation for the film festival boom across the Balkan region. Dokufest’s artistic director Veton Nurkollari sums it up: “the distribution system in Yugoslavia was centralised, and after its disintegration… new companies were set up, mostly to distribute Hollywood blockbusters. But lately film festivals are jumping in to fill the gap, and fulfil distribution functions.”

Film festivals can also provide showcases for local and national productions which might otherwise struggle to find big-screen exposure. After Dokufest ends I embark on a 19-hour road journey through Kosovo, Albania, Montenegro, Croatia, Bosnia (briefly) and Croatia again, heading all the way up the coast to the resort-cum-fishing-village of Ičići. The Liburnia Film Festival, dedicated exclusively to Croatian documentaries, is into its 12th edition, but if anything the vibe is even more laid-back, genially unpretentious and ad-hoc than Dokufest.

Just a single, harbourside screen is used; projections begin at nightfall (around 8.30pm), there’s no admission charge and wandering tourists are welcome to check out the films as they meander along the pathway that connects Ičići with nearby Opatija, a hotel-hub of Edwardian grandeur much frequented by Audi-driving Austrians and Germans. And while the domestic Kosovo productions weren’t much to write home about – the fictional shorts playing like calling-cards for TV work, the NGO-assisted documentaries earnestly trumpeting the virtues of education – a couple of the newer Croatian titles proved worthy of wider exposure. 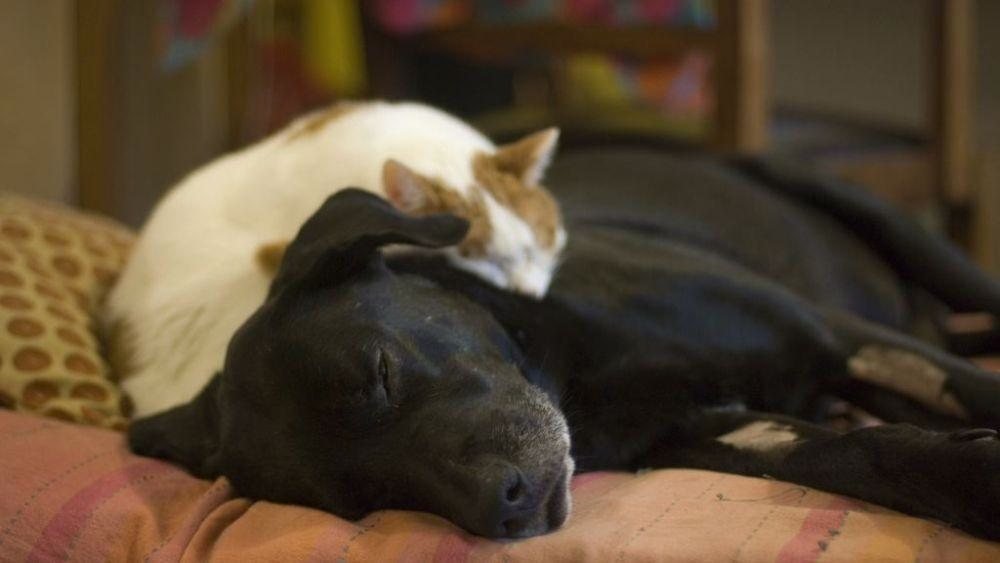 Morana Komljenović’s 36-minute The Last 100 (Posljednjih 100) is gruffly elegiac tribute to Palach, the legendary punk club in Rijeka – the booming port just along the Adriatic coast from Opatija – which closed in 2013 after 45 years in business. Sentimental retrospect is, however, not exactly in accord with proper punk principles, and in terms of formal experimentation and inventive audacity Liburnia’s rough diamond was Hux Flux, the Son of Fig (Hux Flux, Smokvin Sin) by newcomers Sunčica Ana Veldić and Martin Semenči: 19 minutes of elliptical glimpses into the squat-like lives of a bunch of crusties and their pets, one of whom – the eponymous canine – is diagnosed with cancer.

Spotted sipping local liqueur pelinkovac at the bar after the projection was the beaming figure of Karpo Godina, who’d also made the journey north to support the Balkan festival network. Godina had particular reason to celebrate: funding had just been confirmed for what will be his first proper feature film since 1990’s Artificial Paradise. Looking on from the stern of the sloop Medusa, young Croatian fishermen knocked back bottle after bottle of Slovenian Laško beer. Just another Yugoslavian evening; just another Yugoslavian night.