Courting the impossible: The Task and Bisbee ’17 at True/False 2018

A first visit to the True/False festival means stepping on to enjoyably shaky ground. Two films at this year’s event in particular offered a destabilised and fascinating view of cinematic reality. 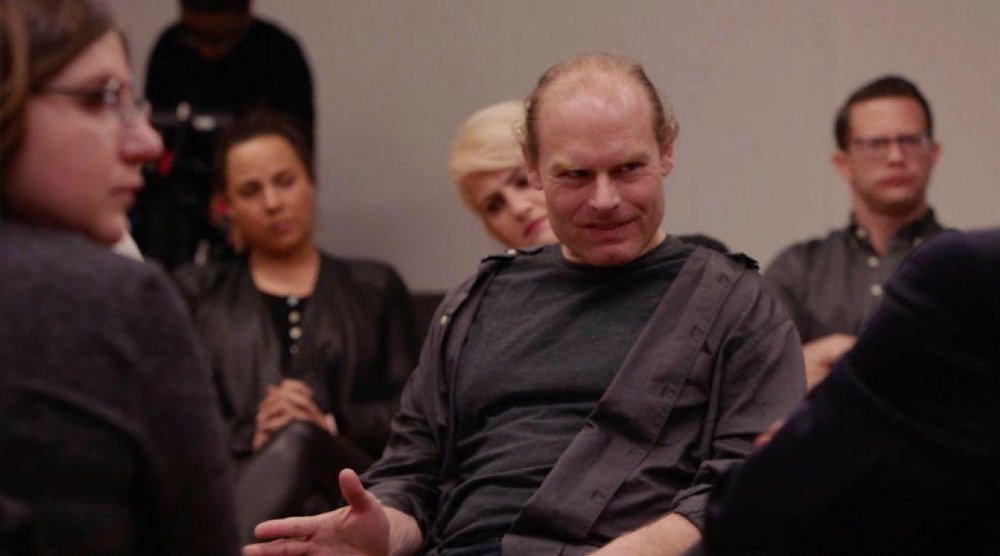 While the idea that documentaries provide a “creative treatment of actuality” had already taken shape in John Grierson’s writings before the end of the Second World War, the festival circuit has slowly caught up with recognising them as a form of art. Fiction films as personal expression are still the most sought-after commodities for the competition of A-list festivals, so that even a politically engaged event such as Berlin regularly has only one documentary in the main competition. It seems that the images on screen can engage with present-day reality, but they have to be thoroughly mediated by fiction. This inadvertently pushes to the periphery the multitude of nonfiction images that are produced in our post-digital age and heavily influence our perception of the world.

The True/False Film Festival is refreshing in making reality – and the whole spectre of its representations – the centre of its focus. It might fall within the category of a ‘small festival’ – running only four days long, in the rather isolated university city of Columbia, Missouri, aimed at the audience rather than the film market and daring to programme many films without famous names on the credit or even topic-of-the-day urgency. But it makes up for that by engaging with a supremely diverse form of cinema that is often ghettoised in many ‘big’ festivals.

Here is how the dilemma seems to present itself to the True/False programmers when working on the selection: if you take away the surefire markers of a film that draws a big audience and you don’t care about it being instantly recognisable as capital-A Art, what few items do you choose? The answer seems to lie in favouring a cinematic experience that has the spectators treading on excitingly treacherous ground.

Watching Leigh Ledare’s The Task is one such destabilising experience. It is pretty clear that it takes the form of an observational documentary – although technically, having been first shown as part of an exhibition at the Art Institute of Chicago, one could also consider it video art – but it is more difficult to pinpoint its topic or even the exact rules of what it is observing. 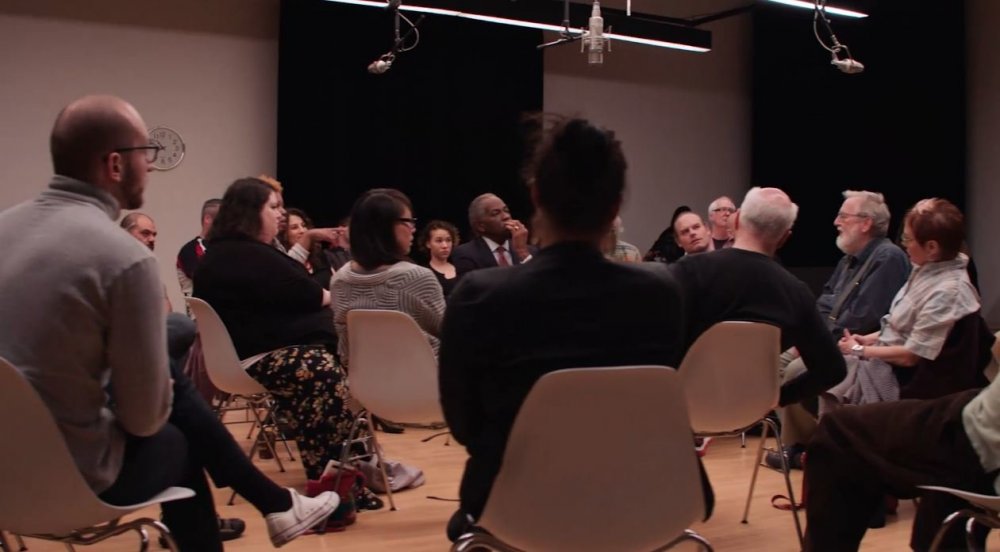 We watch a discussion group of 30-odd people sitting in concentric circles, but it is unclear what exactly is the topic or the purpose of their discussion. They take turns speaking their mind, or countering somebody else, seemingly as a means to affirm their own subjectivity, or guessing the underlying assumptions of previous speakers.

Unlike Frederick Wiseman’s fly-on-the-wall documentations of widespread/renown institutions, The Task doesn’t let on what it’s critiquing or patiently depicting. It’s not really a group debate and not quite therapy – the subject changes too often to be elucidated and nobody feels any better. Viewers cannot bring their own prejudice to watching the group interact, at least not until they figure out who those strangers are and how they got into a room together.

Ledare organised the group relations workshop and brought his crew to film it – i.e. to make an indelible recording of the often emotionally revealing conversations – which predictably interferes with the participants’ spontaneity. However, it is not that that is the innovative part of the film, but the willingness to exhaust viewers’ patience: watching free speech and political correctness play out at length and with no pragmatic corollary, it is hard to see it as being at all empowering.

The footage becomes coherent due to the fact that the people in the group read each other as spectators would read them, based on their age, gender, race, style – and they are frustratingly stuck on that level for a two-hour condensation of a three-day event. This makes a powerful point about the futility of placing high political stakes on surfaces, whether they are employed in a gratifying and regressive way or a progressive one. 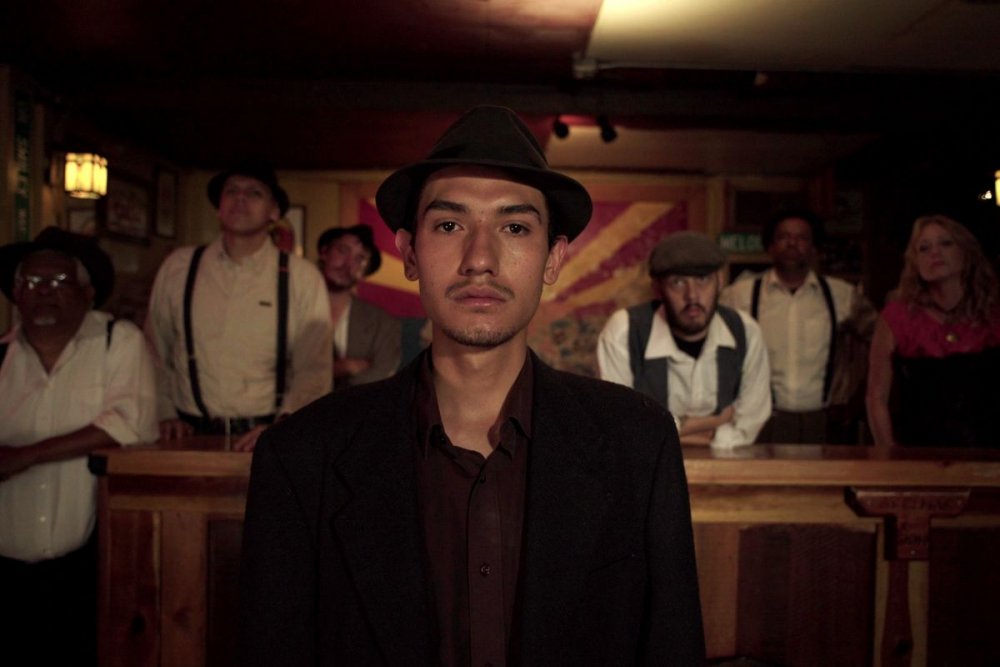 The other side of the same coin is highlighted in Robert Greene’s Bisbee ’17, which is a lot more optimistic about things coming to the surface. After a 1917 copper miners’ strike in Bisbee, Arizona which threatened the war effort, some of the strikers were rounded up in a train and deported, never to come back to the mining town again and erased even from its accounts of its own history.

In this film, the community prepares for a re-enactment a century after the incident. The local artists pool their skills with their fellow residents who volunteer to help (as extras in a staging, admittedly, but the poignancy of the real-life situation comes from everybody having been a disposable extra). It’s popular art at its most fulfilling – by the way Greene structures the documentary, he makes it obvious that the locals had been pressured into silence by the copper mines’ owners and that recuperating their history is the least they could do.

There is an obvious historical gap to be bridged by the re-enactment – one young Bisbee actor’s face, with his piercings removed when he is in character, encapsulates that in a very direct image. As with The Task, it is obvious that talking will not lead to social change – there is no bringing the dead back to town, and it will not save it from the current economic recession. However, there is greater danger in letting history be written by the powerful and there is a great amount of dignity in correcting this. By patiently chronicling the Bisbee re-enactment, Greene does more than represent a more accurate version of events, as in a standard docudrama. He captures the euphoria of reversing the way history is passed on – this time, the people of Bisbee have their say.

True/False only showed provocative works of cinema and allowed me to watch them in the exquisite company of fellow critics and filmmakers, but it also felt like a DIY festival that knows what it’s trying to achieve. On my first day in Columbia (for the 15th edition of the festival, but the first one I attended), I couldn’t find the venues on Google Maps. I soon realised that many of them weren’t actual cinemas but instead a music venue, a hotel ballroom or a church that had been furnished for the occasion.

Many of the films programmed at True/False will probably not have week-long screenings in ‘real’ cinemas or appeared in less adventurous festivals (such as Cannes, although The Rider, which screened at True/False, had its premiere in the Directors’ Fortnight). This year, however, True/False succeeded in establishing a space where creativity meant courting the impossible – attempting to put reality on the screen while knowing very well that it cannot be done without mediation; avoiding the ideological dangers of depicting the real and the hopelessness of giving up altogether; questioning our belief in moving images and yet allowing for the best-case scenario that our curiosity might lead us the right way.

Related to Courting the impossible: The Task and Bisbee ’17 at True/False 2018