The films of Márta Mészáros: power, feminism and transindividuality

A retrospective at the Berlinale revealed the radical energy running through the Hungarian director’s work, and connections both with her contemporaries and with modern cinema. 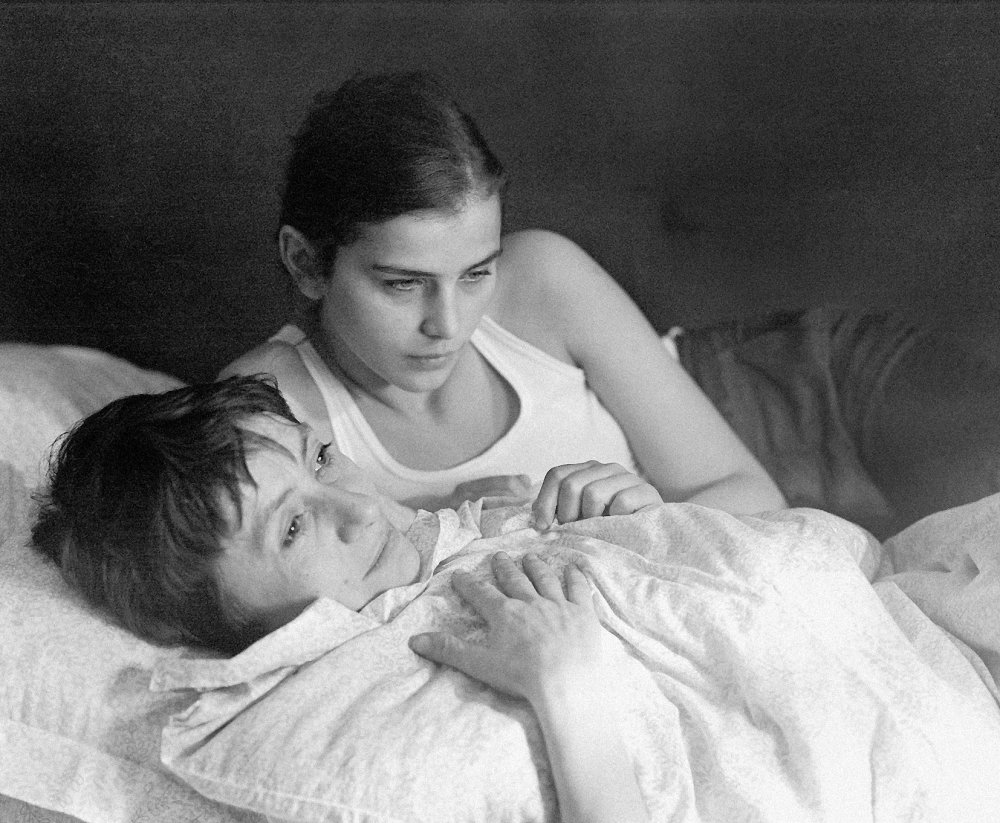 The work of Hungarian filmmaker Márta Mészáros is intricately entwined with Europe’s socio-cultural history. Mészáros, born in 1931, has been making films since the 1950s, and has over 15 features, plus numerous shorts and television films to her name. The 69th edition of the Berlin Film Festival honoured Mészáros’s importance by featuring in its Classics programme her restored film Adoption (1975), which won Mészáros a Golden Bear – the first ever by a woman director. Seen today, Adoption, which features a single woman who constantly defies expectations, is powerful not just as a refreshing counterpoint to Europe’s rising conservatism but, even more importantly, in the context of bold feminist cinema.

A restored version of Márta Mészáros’s Adoption premiered at the 2019 Berlinale, along with the retrospective Self-Determined. Perspectives of Women Filmmakers.

Feminist themes ran through this year’s festival. The Self-Determined. Perspectives of Women Filmmakers retrospective put together by Deutsche Kinemathek of German women filmmakers from the 1960s to the 80s revealed rarely seen gems by Mészáros’s contemporaries. Feminist agendas also echoed in the unveiling of the 10% for 50/50 initiative, spearheaded by the post-production company Chimney with Women in Film and Television International (WIFTI) as well as Women in Film and Television Germany, which offers discounts to companies that equally employ men and women. Also announced at Berlinale was the formation of the Alliance of Women’s Networks, a pan-European organisation dedicated to gender parity, and the festival’s general pledge to work towards this aim. Finally, the Berlin Critics Week held a Staging Feminism panel, an opportunity for younger women filmmakers to address feminism in film today.

Mészáros has been quoted saying that she is not a feminist, but that’s a bit of a misunderstanding. During our conversation in Berlin, she said that although she has never been active in the feminist movement, she has always stressed the importance of women telling their stories, and having the industry’s support. 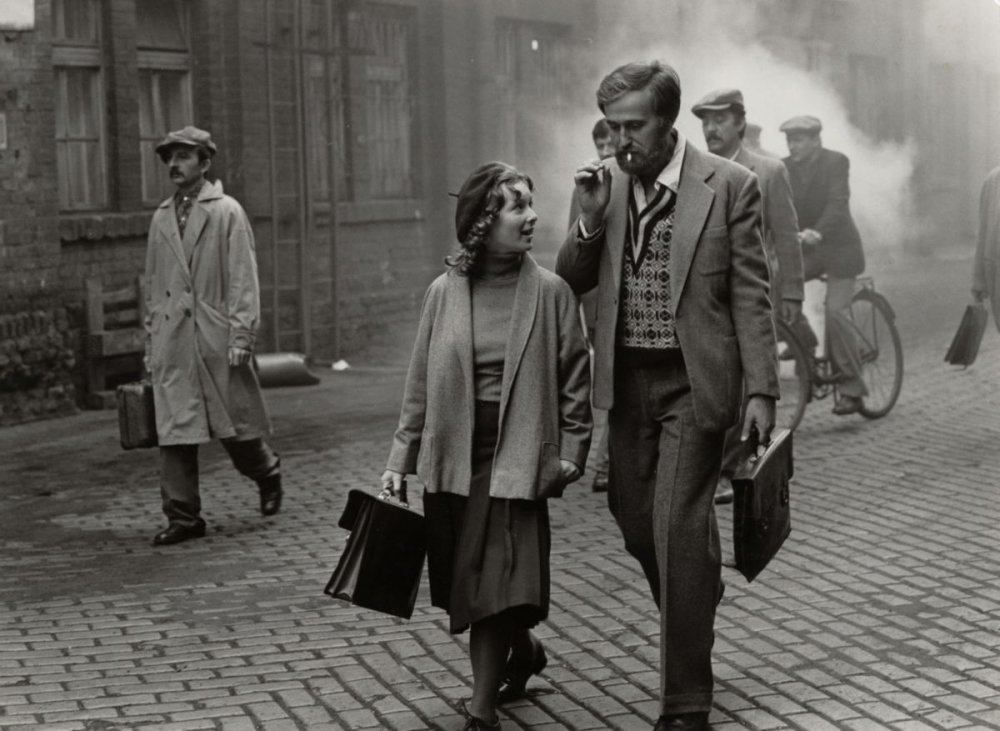 In fact, Mészáros’s own life embodies women’s artistic emancipation. Mészáros was born into a creative family; her father was a sculptor. Her parents immigrated to Kazakhstan, but as Hungarian found themselves in danger when Hungary allied itself with the Nazis. Mészáros’s father was arrested in 1936, and murdered; her mother disappeared in 1942, and died in mysterious circumstances.

Mészáros returned to Hungary. She always loved cinema, but was told that directing wasn’t a suitable profession for a woman. Unable to study in Budapest, she enrolled in the State Cinema Institute (VGIK) in Moscow, which encouraged filmmakers from new socialist countries. She was accepted on probation, because the Soviets, as Mészáros told me jokingly, thought that the Hungarian comrades had sent her by mistake. “I was 18 but looked 12,” she said (petite Mészáros retains a youthful air even now, at 87).

Upon graduation, Mészáros returned home where she had more artistic autonomy. “When I asked for technical support, the Hungarians couldn’t really refuse to help me, because I had studied in the Soviet Union, and that impressed them,” she joked. Mészáros made documentaries focusing on women, particularly lonely mothers, who at that time were rarely portrayed as protagonists.

A scene from Diary for My Children

Now that Hungarian National Film Fund is restoring most of Mészáros’s films – the project is due for completion by the end of this year – viewers will be able to trace this rich history directly via Mészáros’s cinema. Of great interest is the trilogy that Mészáros made based on her life, which begins with the black-and-white Diary for My Children (1980-83), which won her the Grand Prix at the Cannes Film Festival, and then continues with two colour films, Diary for My Loves (1987) and Diary for My Father and Mother (1990). The parts cover the war period, the post-war Stalinist years and the political trials that shook Hungary in the mid 1950s.

Throughout the trilogy, Mészáros proves herself a confident storyteller and stylist, keen on political and psychological nuances. Her crafting of the tense relationship between young orphan Juli (Zsuzsa Czinkóczi) and her aunt (Anna Polony) – an avid Stalinist who, despite her power, cannot save Juli’s father (Jan Nowicki) – is one example. Meanwhile Juli’s dogged quest to make movies mirrors Mészáros’s own.

Mészáros’s best-known film, Adoption, tells the story of a 43-year-old factory worker, Kata (Katalin Berek), who yearns to have a baby with her married lover. Kata’s desire to raise a baby on her own meets with constant rejection and patronising. 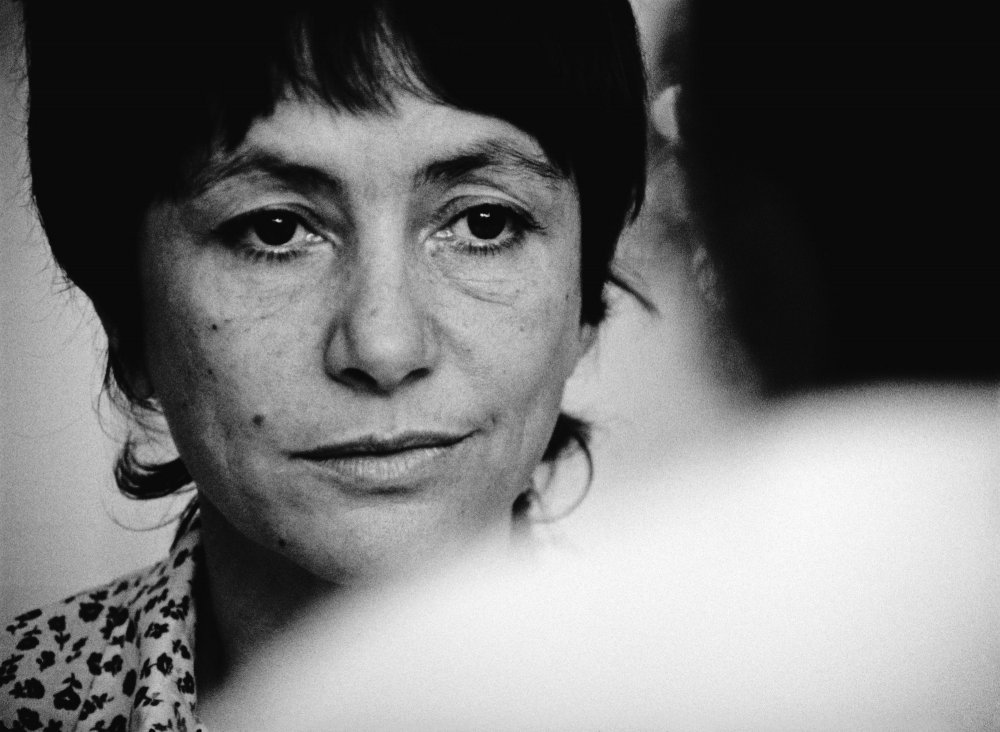 Mészáros herself avoids any moralising: the complications of the affair are just a backdrop. Mészáros instead pays close attention to her protagonist’s surroundings: her meagre apartment in the suburbs, her numbing job at the factory. Yet Kata isn’t fazed; she doesn’t judge her existence as drab or unsatisfying. Despite her short dark hair and slim figure she’s no poster-waif.

Her toughness attracts a young girl, Anna (Gyöngyvér Vigh), who has been in and out of homes for troubled teens. Their bond awakens in both a sense of solidarity. With Kata’s help, Anna marries to get away from her oppressive family. Anna’s friendship, in turn, reinforces Kata’s conviction that she’s ready for single motherhood. Like the first part of My Diary trilogy, Adoption was filmed in black-and-white, and its simplicity in setting and set design and presence of non-professional actors lend it a strong documentary feel. 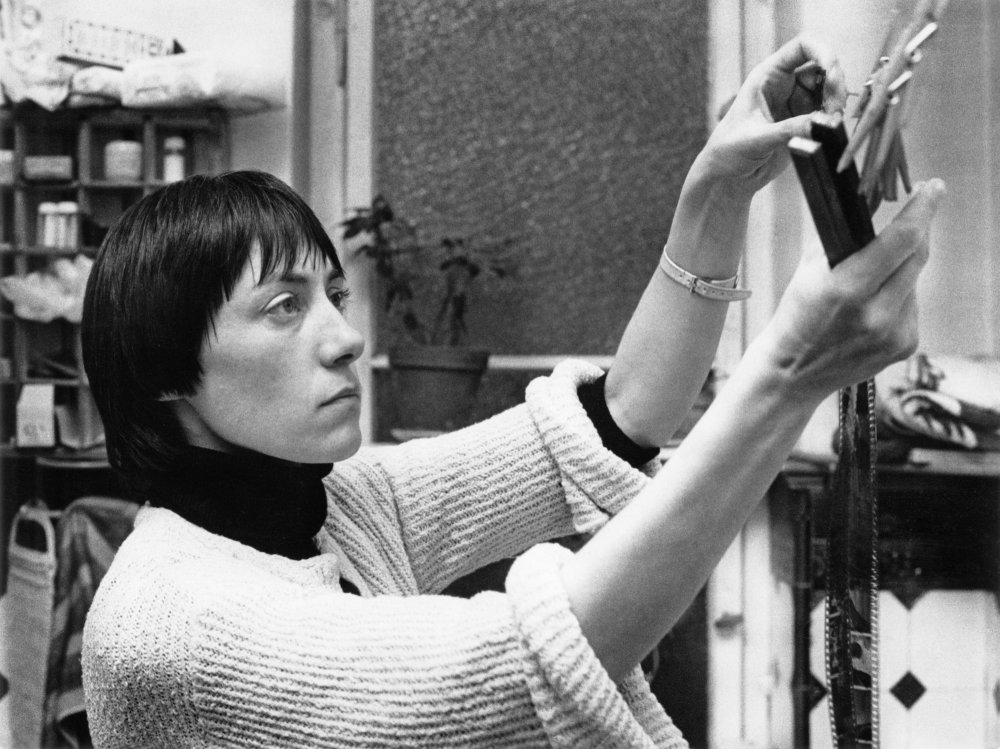 Adoption’s focus on self-realisation echoes the feminist zeitgeist of the 1970s, evoked in so many films presented in the Self-Defined retrospective. In Helke Sander’s phenomenal The All-Around Reduced Personality (1978), a single-mom photojournalist, Edda (played by Sander) organises an ambitious exhibition, with the help of a women’s photo collective. As the collective project grows in ambition so do the difficulties that the authorities put in its way.

Like Adoption, the film stresses what some critics writing about the 1970s cinema, particularly film collectives, call ‘transindividuality’, which pertains solely to neither the private nor the public sphere (see the recently published Enduring Images: A Future History of New Left Cinema, by Morgan Adamson, in which she discusses the term in a chapter on Italian women filmmaker collectives). Transindividuality stresses the creation of a new political subject, as glimpsed in Adoption, and further elaborated in The All-Around Reduced Personality. 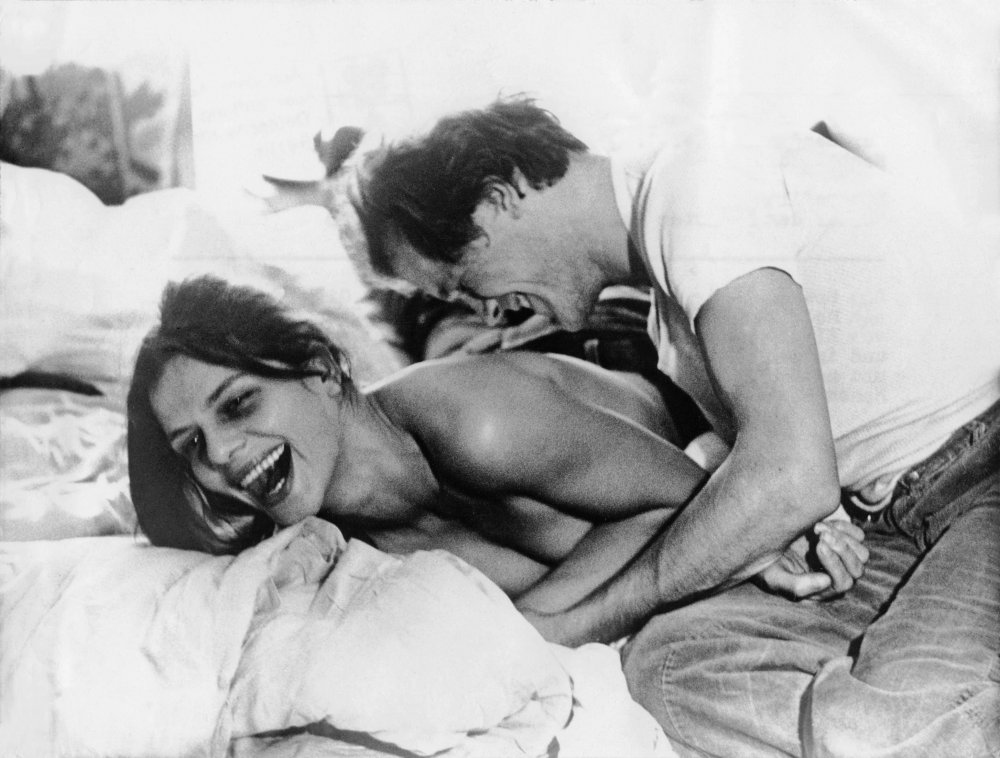 In Helma Sanders-Brahms’s Under the Pavement Lies the Strand (1975), also in the retrospective, a frustrated actress, Grischa (Grischa Huber), struggles to find transindividuality within the confines of her profession, and initiates a series of street interviews with female factory workers to connect feminist theory to daily life. The cinema of pioneer queer filmmaker Monika Treut, whose iconic documentary, Female Misbehavior (1993), played at Berlinale, expands the notion of transindividuality and self-determination to include lesbian and trans subjects. 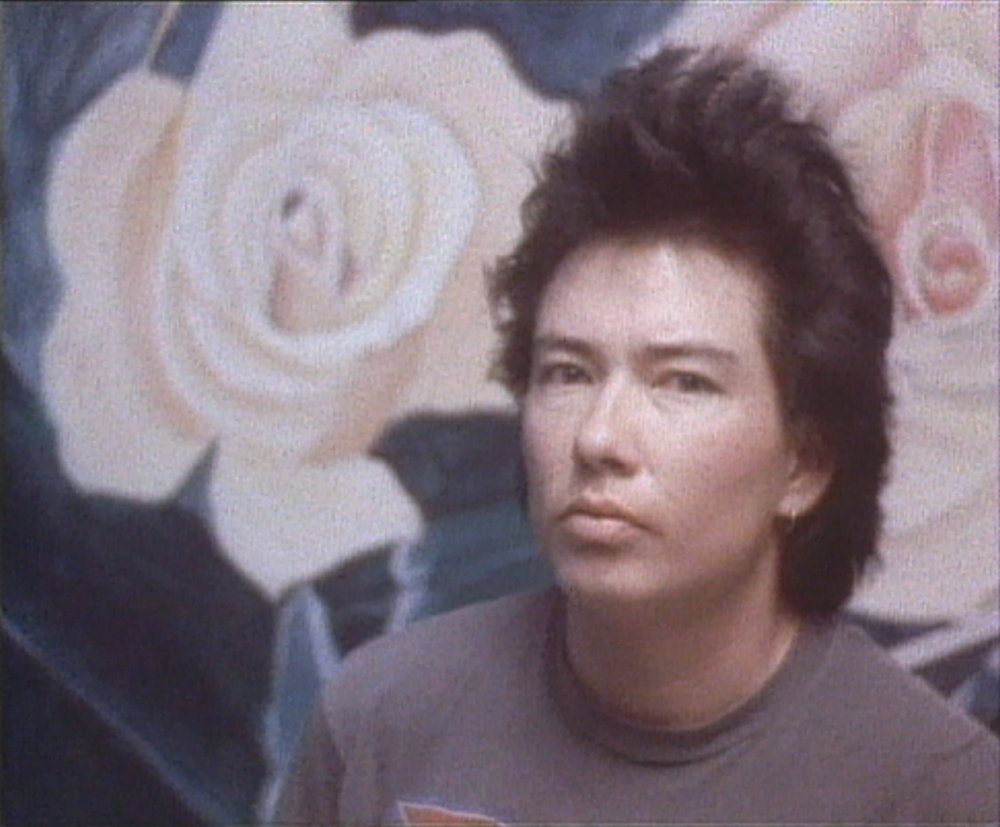 Nina Power, the author of the book One-Dimensional Woman, who joined the panel, commented how feminism has been co-opted by capitalist claims that more work for women equals more equality. The other invited speaker, filmmaker Whit Stillman, of such films as The Last Days of Disco (1998), struggled to say anything positive about the films (though he praised the use of sound in Heinrich’s work). It was an importune pairing, and the clash between the young women filmmakers’ approach versus Stillman’s defence of classical storytelling quickly gained a political edge. Watching this exchange, I asked myself what Mészáros might have made of this debacle, given that what’s so refreshing in her films is the length to which she goes to credit young women’s voice.

I was reminded of another Mészáros film: in The Two of Them (1977), Mária (Marina Vlady), a seemingly happily married middle-aged woman, who runs a centre for maladjusted young mothers, befriends the young, rebellious Juli (Lili Monori). Where Mária is steady and calm, Juli is impulsive and not a bit arrogant, attributes which make it easy to dismiss her.

Juli is married to a bright but hopelessly implosive alcoholic, Bodnár (Jan Nowicki). Yet at no point does Mészáros present her as a victim. Thanks to Juli, Mária begins to see the cracks in her own marriage and worldview, and their friendship, their transindividuality within the greater context of the women’s home, allows them to move forward.

The Two of Them is then very much a film about a clash, of generations, values and attitudes, as seen from women’s point of view. The most suggestive is the scene between Juli and Mária’s conservative, emotionally distanced husband, in which Juli’s bluntness and her firm belief that Mária’s need for self-determination has lain dormant meet with smug hostility.

Is it because Juli defies the status quo, but hasn’t articulated how to build on this knowledge? An accusation that, to some extent, echoes Stillman’s exasperation that he cannot see what Reisinger and Heinrich’s collage-like, deconstructive tactics lead to – a comment that goes to the heart of what we expect from cinema. In Mészáros’s case, I think we can say that her fictions help us see the injustices in the imbalance of power, and acknowledge that historical truth lies on young Julia’s side.

A scene from Márta Mészáros’s Adoption (1975)

The trailer for Susanne Heinrich’s Aren’t You Happy? (2019)

Related to The films of Márta Mészáros: power, feminism and transindividuality