Teona Strugar Mitevska’s first film in the main competition has proved a crowd-pleaser and no wonder, with a compelling lead performance from Zorica Nusheva as a young woman standing up to patriarchal church authorities. 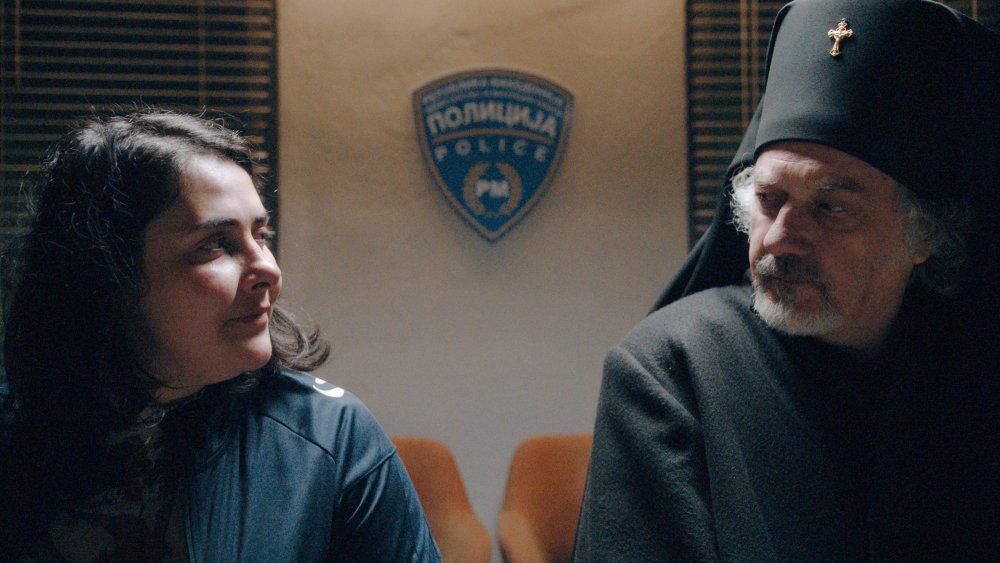 Halfway into this year’s Berlinale, the most consistently enjoyable competition film so far for this writer – and perhaps, judging by its warm reception at the press screening, for a fair few others – is by a woman director competing for the Golden Bear for the first time. Not that Macedonia’s Teona Strugar Mitevska is a stranger to the festival; an early short and three of her previous features have all screened in the Panorama strand. Whatever, the film’s crowd-pleasing appeal seems clear, and the points it makes, however familiar, are still well worth making.

The titular protagonist is an unemployed 32-year-old still living with her parents and reluctant to attend humiliating interviews for jobs she considers demeaning, given her degree in history. But after her mother – not the most readily supportive of parents, and evidently given to commenting unfavourably on her daughter’s weight and dress-sense – forces her to try for one more job, Petrunya, impulsive by nature and angry at the way she was insulted during the interview, suddenly dives into the local river to retrieve a crucifix thrown into the water by a priest as part of a local ritual traditionally participated in by men only. Cue accusations that she ‘stole’ the cross – which are proven inaccurate when a phone video of her winning the contest goes viral. 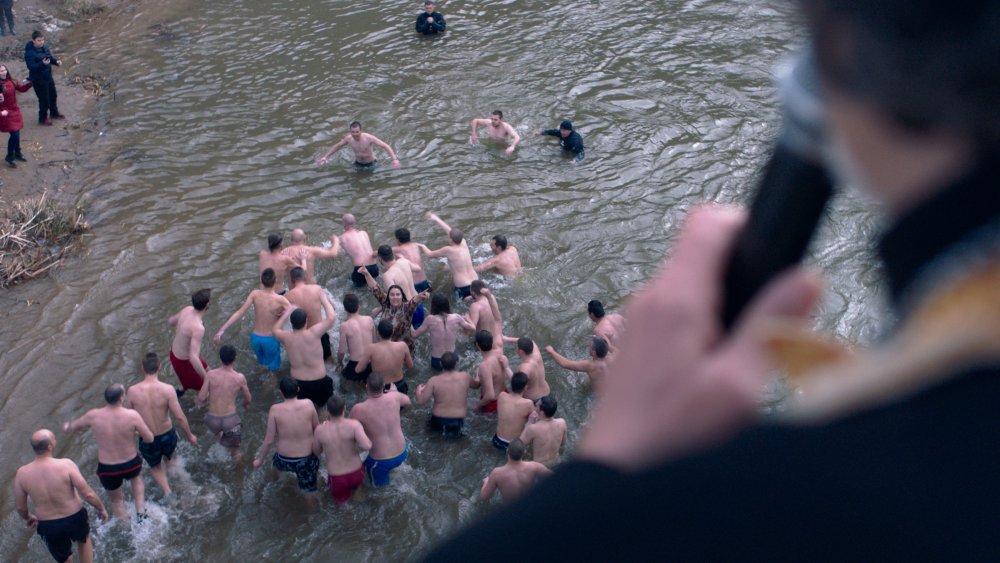 Petrunya’s determination to keep the cross for herself – as any man who had managed to grab it first would be allowed to do – soon means she’s hauled into the local police station, where various officers and the priest argue with one another about how best to resolve the situation (she hasn’t broken any laws, merely challenged patriarchal tradition); soon they are joined by an opportunistic TV reporter determined to milk the controversial story, and a noisily macho mob who feel their annual plunge into the river has been defiled by this female upstart. As afternoon turns to evening the situation gets darker and potentially more violent, but Petrunya, though clearly shaken at times, refuses to be bullied into submission.

Though the film’s script, co-written by the director and Elma Tataragic, is not especially subtle, it does strike a fruitful balance between slightly suspenseful melodrama and heartfelt acerbic satire; what’s targeted are the unquestioningly archaic patriarchal values of many Macedonians and how those values are still widely endorsed and institutionalised by the church, the law, the media and business. If it’s true that many of the characters with whom the protagonist has to interact are little more than types representing various responses to those values, that’s not a serious shortcoming in a film of such passionate energy, especially when Petrunya herself is so vividly characterised. 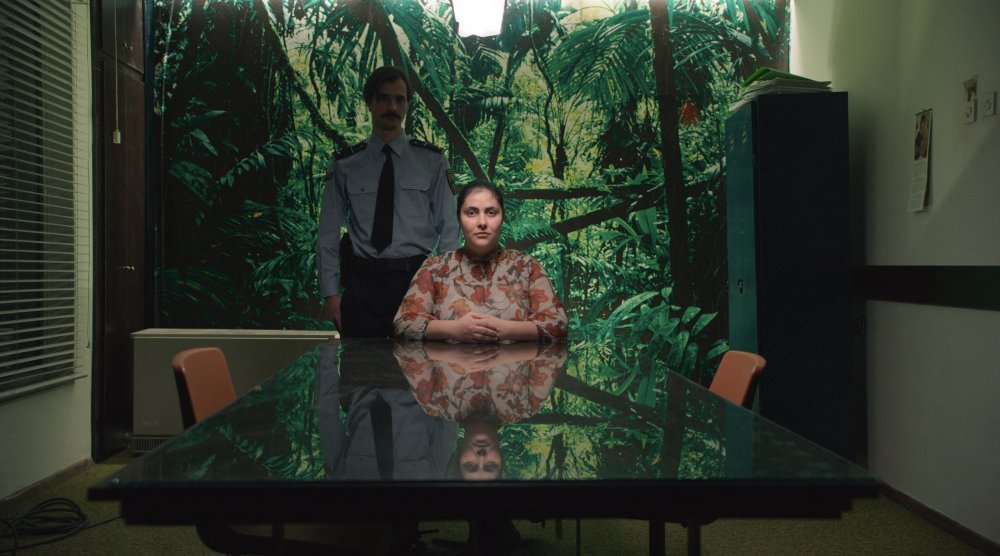 For this much of the credit must surely go to Zorica Nusheva, whose performance is thoroughly engaging (if never sentimentalised) in winning our sympathies, and deftly nuanced in terms of suggesting both Petrunya’s native wit and intelligence and her gradual transformation, by the events of the day, from low and muddled self-esteem to a sure sense of her own worth.

Related to Berlinale first look: God Exists, Her Name Is Petrunya is a vivid feminist satire