Isabel Stevens talks to LFF director Tricia Tuttle about the festival’s premieres of some of the most exciting new films around – including new titles by directors from Céline Sciamma to Martin Scorsese – as well as surprises from debut filmmakers and some forgotten gems from the archives. 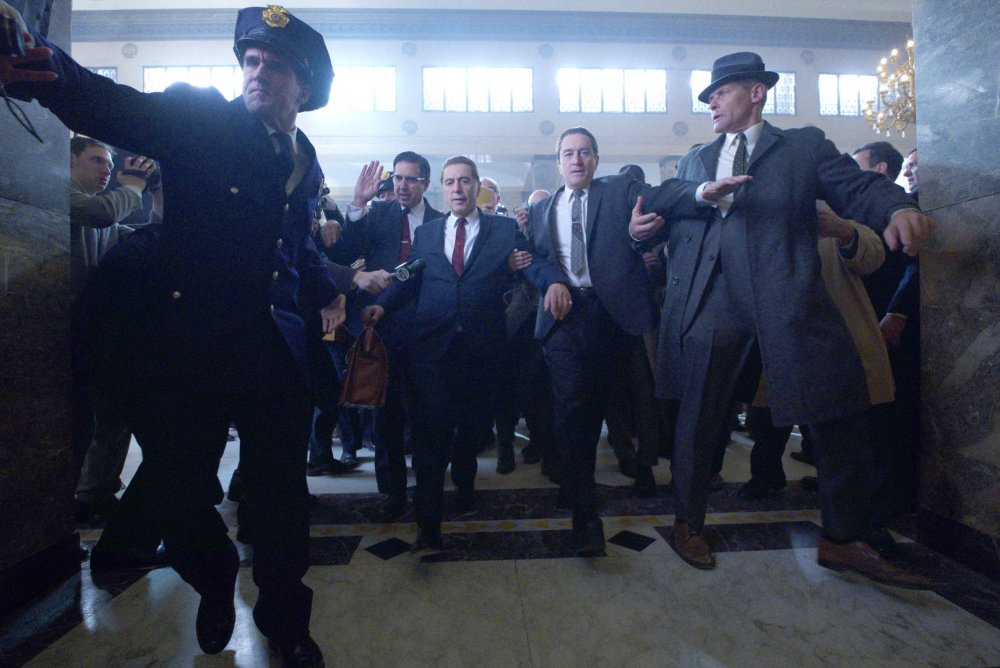 When autumn beckons it means one thing for film-loving Londoners: the LFF is on the horizon and with it the opportunity to sample the heavy hitters that will dominate debates and awards ceremonies over the coming months.

The big coup for London this year is that the most anticipated film of 2019, The Irishman [tickets], which reunites Martin Scorsese with Robert De Niro and Joe Pesci and adds Al Pacino into the mix, will close the festival. (The LFF last bowed out with Scorsese and De Niro with Raging Bull in 1980).

LFF artistic director Tricia Tuttle is full of praise for the performances in the biopic based on the lives of organised crime-linked union figures Frank Sheeran and Jimmy Hoffa and dismisses any concerns about the film’s extensive use of new-fangled digital de-ageing technology: “You forget all about it and lose yourself in this really complex story with many, many characters – only Martin Scorsese could pull this off.” 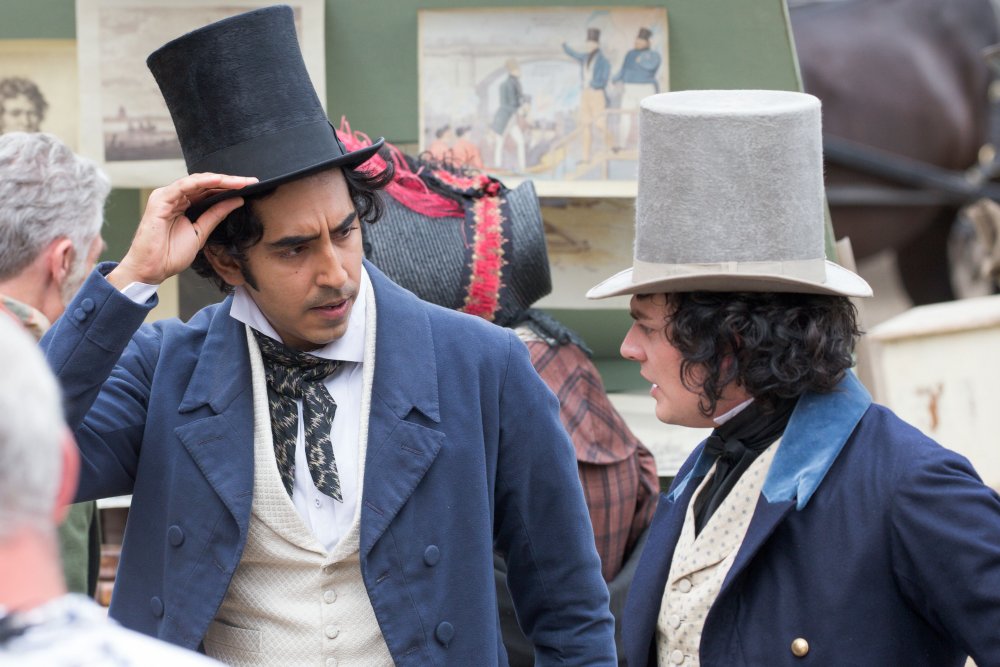 Dev Patel in The Personal History of David Copperfield

Armando Iannucci’s adaptation of David Copperfield [tickets] is the first of 345 films in the festival. Tuttle singles out Dev Patel (“I had no idea he was as funny as he is, but he has got incredible comic timing”) in a film she describes as “a period drama, unlike any you’ve seen. It’s not staid, or stuffy but really playful in its formal approach.”

Sight & Sound is proud to present another sui generis period drama – and a highlight of this year’s Cannes – as our LFF Special Presentation: Céline Sciamma’s rapturous costume romance Portrait of a Lady on Fire [tickets]. Men are banished to the background in this beautifully composed tale of a quivering love affair between a painter, Marianne (Noémie Merlant), and her unwilling subject Héloïse (Adèle Haenel). Enriched by Sciamma’s fidelity to detail, the film rebels against familiar period stories of female oppression and instead sketches a gasp of freedom for women circa 1770.

A clip from Michael Winterbottom’s Greed

Among the much-anticipated films landing in the UK for the first time are Rian Johnson’s all-star sleuth caper Knives Out [tickets] and The King [tickets], David Michôd’s full-bloodied adaptation of Shakespeare’s Henry V.

And it’s always heartening to see directors staying faithful to 35mm film, as we find with Noah Baumbach’s Marriage Story [tickets] and Robert Eggers’s horror The Lighthouse [tickets] – the latter of which is also in the boxy 1.33:1 Academy aspect ratio.

☞ The Lighthouse first look: Willem Dafoe and Robert Pattinson raise their own tempest at sea

Female directors account for 40 per cent of the films in the festival. While Marielle Heller’s A Beautiful Day in the Neighbourhood [tickets], a portrait of the celebrated American children’s TV show host Fred Rogers (Tom Hanks), is the only female-directed film among the headline galas (“It’s still the case that lots of the films which are getting big investment are not directed by women,” notes Tuttle), there are plenty of bold and beautiful female discoveries to be had everywhere else. They include Rose Glass’s Saint Maud [tickets], a British debut feature in the festival’s main competition, and Lingua Franca [tickets], a New York-based drama about an undocumented Filipina trans woman played by the film’s writer and director Isabel Sandoval.

Treasures from the archive

A clip from Life, Love and Laughter

The archival Treasures strand is also full of female filmmakers, featuring a restoration of Nina Menkes’s hallucinatory 1991 underground classic Queen of Diamonds [tickets] – one of John Cassavetes’s favourites – as well as a young Björk in her debut acting role in Nietzchka Keene’s little-seen Icelandic medieval fantasy The Juniper Tree (1990) [tickets].

Tuttle also highlights a beautiful new 35mm print of Wanda Tuchock and George Nichols Jr’s drama Finishing School (1934) [tickets], while the Archive gala offers one of the most special world premieres in the festival: British silent star Betty Balfour’s Love, Life and Laughter (1923) [tickets], which was believed missing until it was spied in the Eye archive in the Netherlands in 2014 and restored by the BFI.

Debuts and other discoveries 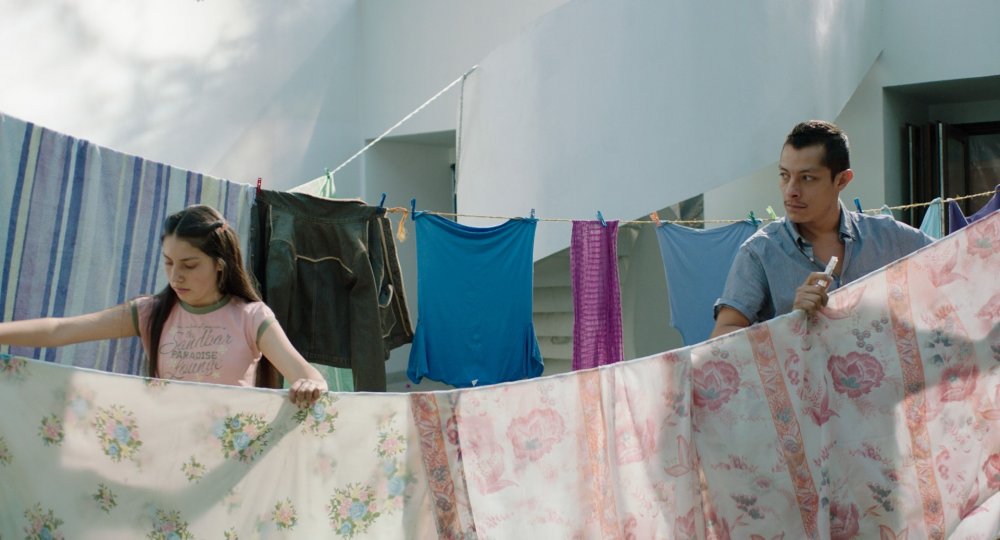 As the archive strand shows, it pays to wander off the beaten track, with the LFF always offering a fertile hunting ground for new voices.

This year you can find 19-year-old filmmaker Phillip Youmans’s Burning Cane [tickets], which is earning comparisons to the films of Terrence Malick and RaMell Ross; as well as Workforce [tickets], the debut by Mexican director David Zonana, exec-produced by Michel Franco and one of a number of particularly strong Latin America films in the festival. These include and Death Will Come and Shall Have Your Eyes [tickets] from Chilean directors Pablo Larraín and José Luis Torres Leiva, respectively, and the English-language debut of Colombia’s Ciro Guerra, Waiting for the Barbarians [tickets], an adaptation of J.M. Coetzee’s novel starring Robert Pattinson, Johnny Depp and Mark Rylance.

☞ Waiting for the Barbarians first look: a vital portrait of an empire in decline

This is Tuttle’s second year in charge and she seems as committed to the public side of the festival as to its premiere scoops. The addition of a 780-seat pop-up Thames-side cinema in 2016 has helped to make the festival more visible and accessible to Londoners, something which remains a top priority.

“We made quite a few changes last year,” Tuttle explains. “We started running the competitions differently, so rather than having a closed-door end ceremony, anyone could buy a ticket to it, with the winning film screened after – like the festival’s perennially popular surprise film. We’re going to do that again this year. It’s a really important part of making the awards feel like the rest of the festival, where people get access to all moments and there’s no: ‘This is for the industry only’.

“One initiative we are piloting this year – hopefully something we expand on,” she adds, ”is creating more opportunities for the general public to engage in dialogue around the films. So although we’re expanding our industry programme, we’ll also have more of a public hub at the BFI Southbank, where we’ll do free screenings of short and archive films, as well as talks, salons and club nights.”