Hearts and minds and mumblings: week one at Venice 2014

The extraordinary follow-up to The Act of Killing and a restored James Stewart western dwarf the otherwise slim pickings in the first few days of this year’s Biennale. 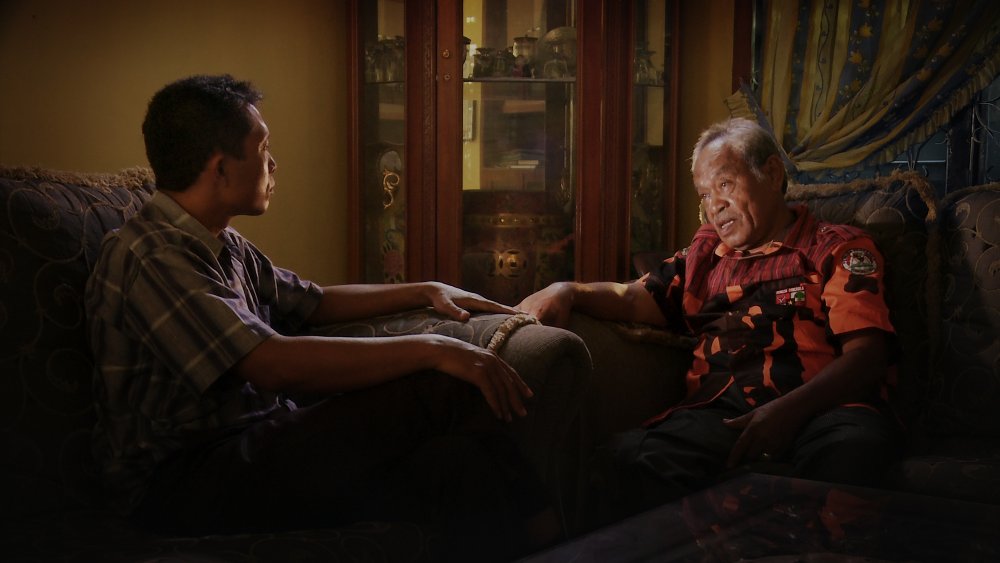 Let me briefly summarise the downside: I’ve seen thin years at Venice before in terms of outstanding films but, five days in, few thinner than this one. On paper the many-stranded programme looked strong in auteur names and curiosities; thankfully some have come through, but not nearly enough to deflect the feeling that the festival on the Lido has been the biggest collateral victim of the widely reported war for titles between Toronto and Telluride.

In terms of intelligence, craft and emotional power, The Look of Silence – Joshua Oppenheimer’s literal follow-up to The Act of Killing, his hugely well-regarded documentary about mass-slaughter in Indonesia in the 1960s – is from a different universe to most films here.  With its encouragement of murderers to re-enact what they had done, The Act of Killing came in for some trenchant criticism for being sensational, for not giving enough historical background, and for being essentially an outsider’s viewpoint. The Look of Silence seems to have internalised these critiques, focusing on Adi, a young ophthalmologist, whose much older brother Ramli was among the thousands slaughtered at Snake River.

Adi is seen at the beginning, watching the confessions of the goons on TV, as they stand on the spot where the deeds were done. He’s then taken round to meet the killers, usually under the pretext of giving them an eye test. His brother’s death is described in graphic detail, the killers talk of drinking victims’ blood to ward off madness, Adi receives scarcely veiled threats and we get much more contextual detail, as well as interludes focusing on Adi’s ancient parents (his father is blind and unable to stand). Adi was conceived to replace the slaughtered brother, but his parents are still haunted by what happened to him. The Look of Silence, then, is very much part of a diptych: more conventional than its predecessor, but, in some ways, more extraordinary yet.

Most newspaper critics regard going to see the classic films at Venice as an indulgence, but catching Anthony Mann’s eloquent 1955 western The Man from Laramie yielded at least one coincidental shiver and a comparator. The shiver came when somebody asks James Stewart’s character Will Lockhart if he had been at the battle at Snake River; the film’s usefulness as a comparator came when I saw David Oelhoffen’s Far from Men (Loin des hommes). It’s a solid virtual western, set in Algeria in 1954, adapted from Albert Camus’s short story ‘L’Hôte’ (which means both The Host and The Guest).

Viggo Mortensen is Daru, a Spanish-parented teacher of village children in the Atlas Mountains, who’s given the unwanted responsibility of looking after and escorting an arab prisoner (Reda Kateb – a dead ringer for the young Anthony Quinn) to his death. What unfolds is, of course, a relationship of respect building amid several tough moral choices. Requisite slow-cinema aesthetic attention to the harsh landscape is paid (albeit that the film was shot in Morocco), the performances are strong, there’s a very effective music score by Nick Cave and Warren Ellis, but the film lacks the character, sweep and humour of the Anthony Mann film (not that the existentialists were ever big on gags mind you).

An epic of even more sweeping, indeed continent-leaping scope was Fatih Akin’s Armenian genocide epic The Cut. Its folksy opening scenes – showing the purity of Armenian craftsmen’s culture under the Ottoman Empire – sets a tone of simplistic overstatement that endures regrettably throughout.

Once Nazaret (Tahar Rahim), the blacksmith, has been forced away from his wife and twin daughters to build roads in the desert, the film gains emotional power from portraying how the Turks went about eliminating Armenians through death marches, enslavement and leaving whole encampments to die of starvation. Having lost the use of his voice while narrowly escaping death, Nazaret makes an effective mute witness as the Ottoman empire crumbles and he goes in search of his daughters, but the decision to shoot the film in English is a major error, for the dialogue is nearly all explanatory and overburdened, with cliché after cliché building to an ever more sentimental monument.

Benoît Jacquot’s high-toned love triangle Three Hearts has a wonderful opening scene, in which meet-cute clichés are teased with subtle atmospheric touches. Hyper-ventilating tax officer Marc (Benoît Poelvoorde) misses the last train back to Paris from the quiet city of Valence, meets the enigmatic Sophie (Charlotte Gainsbourg) in a bar and asks for help to find a hotel – instead of which they both walk around all night talking. 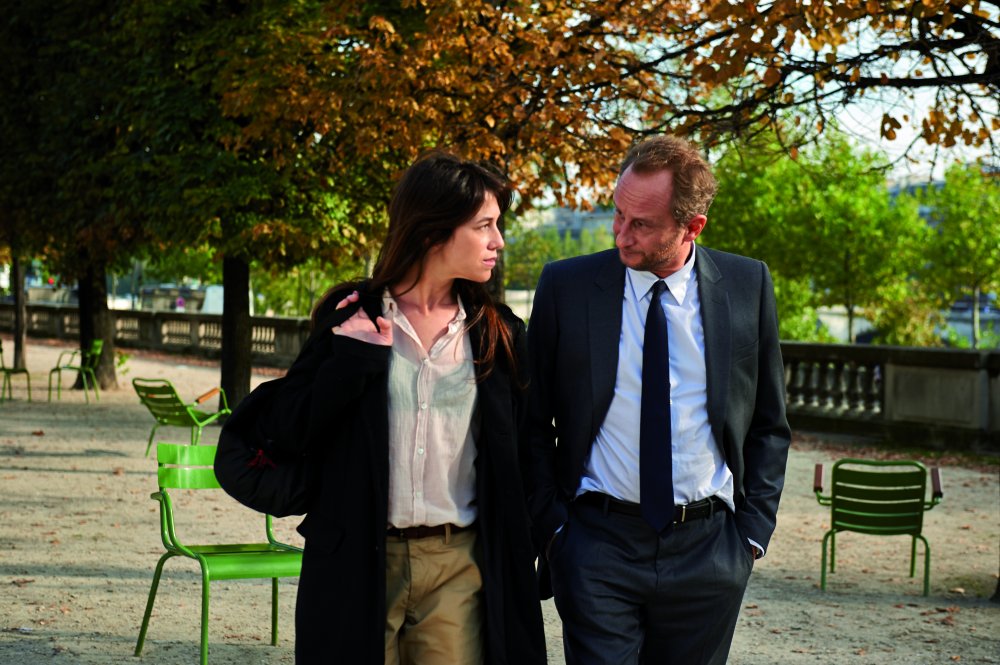 Thereafter, sadly, the subtleties evaporate. Marc faints from heart trouble on the way to their subsequent date in Paris. He goes back to Valence in search of Sophie, but she’s gone to the US with her unloved husband. Then, by accident, Marc meets Sylvie (Chiara Mastroianni), who happens to be Sophie’s beloved sister. You get the picture (their mother is even played by Catherine Deneuve). It’s a carefully made film but not a patch on, say, Claire Denis’s similar Vendredi soir.

Saverio Costanzo’s Hungry Hearts arrests attention in a more confined way. Italian Embassy worker Mina (Alba Rohrwacher) enters the small loo of a New York Chinese restaurant, realises there’s a guy having a digestional crisis, and tries to leave but the door jams. Jude (Adam Driver) is horribly embarrassed at the smell he’s made, but before you know it, they’re in a relationship. The embassy wants to transfer Mina out of New York but she gets accidentally pregnant and they marry. These early set-up scenes are superb – the acting is top notch – but when the film turns into a battle over the weight of their baby son, with Mina turning out to be a homeopathic medicine nut to the extent that she endangers the kid’s life, the characters become decreasingly plausible. The Jude we’ve been introduced to wouldn’t let the situation drift in the way he does; the Mina we fall for in the opening scene is too intelligent to end up being the very stupid woman she becomes, whatever her mental state. 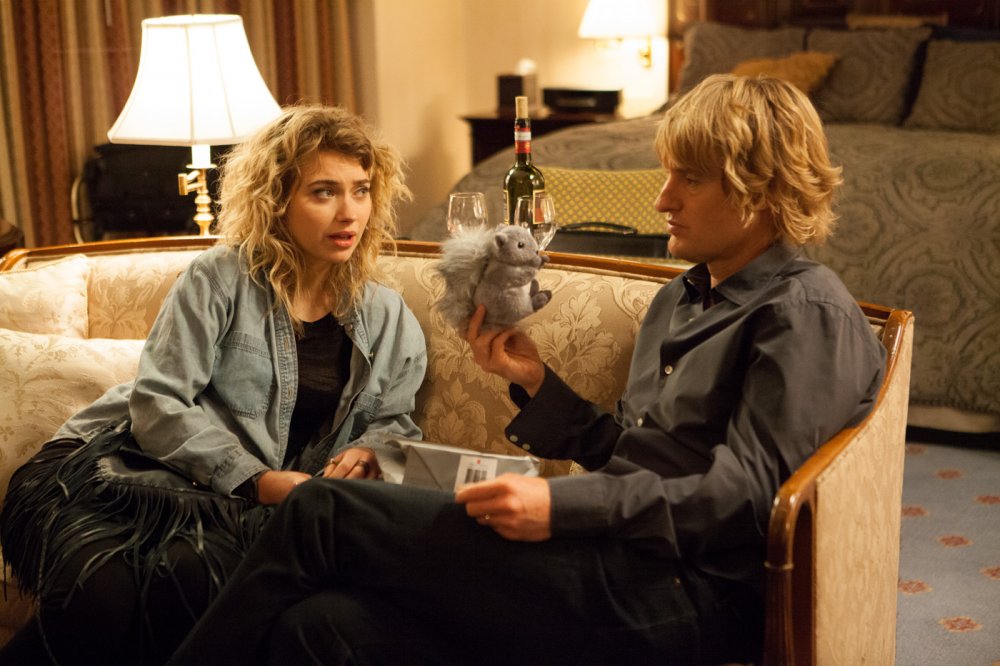 Treading heavily where others have been lightly before is also the problem with Peter Bogdanovich’s She’s Funny That Way, a long-nurtured script which comes on like a bad Woody Allen film, beginning with a voice-over from Izzy (Imogen Poots) – an ex-call girl who, yes, has a heart of gold – recalling how she got into show business via the attentions of lecherous theatre director Arnold (Owen Wilson). It’s the spirit of classic screwball comedy that Bogdanovich is really after, as he reminds us in many telegraphed knowing asides. There are fewer laughs to be had, however, and the clip from Cluny Brown (1946), Ernst Lubitsch’s final film, shown during the final credits, only illustrates the panache that’s lacking.

I was delighted to clap eyes on and listen to Al Pacino in his press conference for the Barry Levinson adaptation of Philip Roth’s novel The Humbling, though he didn’t say much out of the ordinary. Pacino also starred in David Gordon Green’s Manglehorn. Both films are about ageing and decline, both are indulgent of Pacino’s grandiloquent tendencies, and neither is a success, though the Levinson film has a good half hour of very funny multiple-irony farce in it. In The Humbling, Pacino is a retired stage actor who gets entangled in fantasy, inappropriate relationships and mixtures thereof – the main one involving Greta Gerwig as the lesbian daughter of a former co-star of his.

Manglehorn, about an ageing locksmith (symbolism a-go-go), is the poorer film, marred by sentimental gestures more suited to a supermarket or bank ad. Harmony Korine plays a speed-talking pimp (what else?). Manglehorn (Pacino) once coached him in little league Baseball. I think I may have witnessed the last gasp of American theatrical symbolism when, after Manglehorn (a 70-year-old man) has beaten him up for offering him one of his girls, Korine’s character shouts to the sky, “Why do you hate the world so much, coach. Why do you hate the world?” The film does have one great moment though, where Manglehorn receives a visit from his shit of a stock-trader son, who’s in trouble, and Pacino tells him, “Even when you’re in a dark room on your own, there’s still no-one to help.” Only Pacino could deliver that line so devastatingly.

Probably the most depressing elements of the Venice programme have been films that plough those ancient furrows of skateboarding, junk and/or teenage boy prostitution. Larry Clark’s The Smell of Us takes voyeurism and 1990s shock values precisely nowhere, or rather to Paris, where the scions of what I’m told is a very expensive lycee are nonetheless forced to peddle their bodies to get luxury items. Then there’s the Safdie brothers’ Heaven Knows What in which we’re supposed to empathise with the usual tragic narcissists because they’re still pretty despite living among filth and needing smack. There’s nothing about this film that cinema hasn’t already flushed through its veins over and over again. 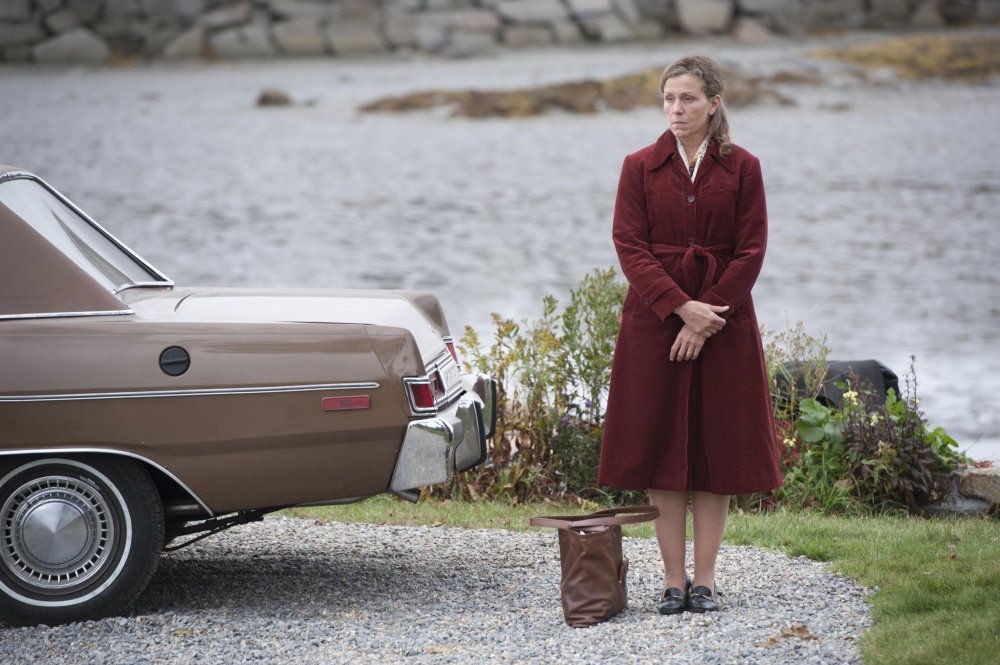 And so to a couple of brief highlights. The Lisa Cholodenko-directed Olive Kitteridge is a four-part HBO miniseries based on the book of 12 interlinked short stories by Elizabeth Strout. It’s being shown here partly in tribute to its star and executive producer Frances McDormand, who plays the titular acerbic maths teacher, and it’s full of adroit observation of coastal small-town tensions in Crosby across a couple of decades. I’m not going to go too much into it here but it is very funny and provides yet more evidence that long form television is currently more creatively satisfying than much of American cinema.

Lastly, I didn’t particularly want to end with a torture film, but Veronika Franz and Severin Fiala’s Goodnight Mommy is put together with such precision and menace I had to. Twin brothers become convinced that their putative mother, who’s recently returned from having facial surgery and whose visage is under wraps, is not really their mother but a lookalike or secret twin. She’s being very mean and refuses to talk to one of them – so they turn against her. I’d advise you to see it and not read too much about it if you want its surprises to work.

Related to Hearts and minds and mumblings: week one at Venice 2014