Mexico’s multi-location documentary showcase takes a bold and questioning approach to the film form and to the nature of festivals themselves. 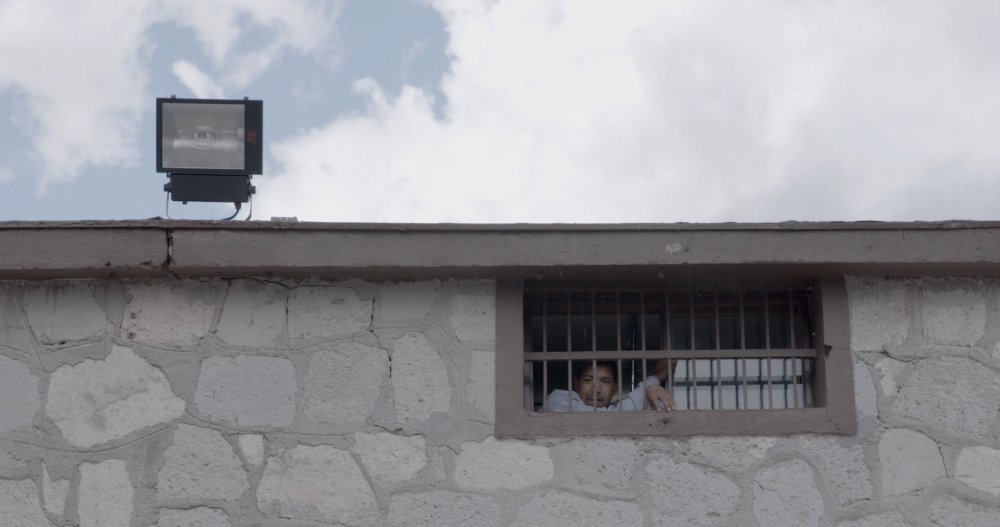 Traversing eight states across Mexico before its final stint in Mexico City, Ambulante is a shifting, progressive documentary festival that makes the journey to reach broad audiences, rather than staying in the capital. With more films in the programme made by women than men this year, and an increased participation from indigenous filmmakers, the festival is already embodying what others are striving towards. Its training and production project, Ambulante Más Allá, empowers young people with the tools to make films and presents work by local filmmakers from the different states in its Coordinates section – a selection of which show in the final week in Mexico City. The VR strand is also going homegrown; programmers hope it will comprise solely Spanish or Latin American productions in the coming years. In an effort to deconstruct power dynamics and assumptions of what audiences in these spaces want to see, the core programme mutates along the tour.

“What makes people want to experience something collectively?” asks festival director Paulina Suárez, who has been leading Ambulante for the past three years. One of her priorities is to make the festival more explicitly political and she has chosen regions where the event will have a significant social impact, such as the northern state of Chihuahua, which has been devastated by crime and violence for over a decade. More than 60 per cent of the programme is free in these states, but there are no traditions of gathering and using these public spaces because of the violence.

Several nonfiction features in the programme had Mexican politics at their core and shone a light on the tricks of the powerful elites. Writer and journalist Sergio Gonzalez Rodriguez is quoted at the beginning of Julian Elie’s Dark Suns (Soleils Noirs): “The collusion between the institutional system and organised crime exterminates everything, including memory.”

The violence at the core of this film slowly saturates like an oil spill. Beginning with the rising rates of femicide in Mexico since the 90s, the film moves on to the phenomenon of ‘the disappeared’: men and women who vanished on their way to work, having been killed or forced into working with the cartels. The violence spreads into torture, killings of journalists, union leaders, priests, and an immigrant massacre.

Despite the danger, civilians are taking action, women searching for their loved ones in deserted territories known for being unofficial graveyards – or corpse-dumping sites. The mothers and sisters of women who disappeared decades ago share their stories, and a human rights lawyer walks around the town entranced, visiting the spots where women disappeared, as if these repetitive trails will keep memory and hope alive. It feels as if this film is mapping out a constellation.

Sergio Blanco and Michelle Ibaven’s When I Shut My Eyes (Cuando Cierro Los Ojos) explores the experience of indigenous people in Mexico who have been arrested and imprisoned without translators. The mood of the film unfolds like a dream, visions of fog rolling over the hills of the forest, a wasp in a keyhole, a local parade of men in masks, that capture this sense of disconnection, waiting and being trapped.

When I Shut My Eyes trailer

The two subjects appear only a few times, poised against a black background in a traditional talking-head setup, but they never address the camera. Their voices hauntingly narrate their internal landscapes: a lonely place where the language barrier is upheld. Eighty per cent of indigenous inmates in Mexico didn’t have a translator during their trial or legal proceedings, a fact that is reflected in this powerful deconstruction of voice and presence.

This year’s programme had the theme of optical illusions. “To think of documentary as a device of illusion, as kaleidoscopes rather than microscopes,” says Suárez, “reveals to us the genre’s choreographic and dramaturgical strategies, its formal games, its hidden pact with performance and fantasy, and its capacity to produce alternative imaginaries.”

Using mixed realities, the VR piece Awavena hijacked the senses with disorientating force. Your arms melt into shimmering beams, before you journey into a tree and are enveloped in a bubble of shaman Hushuhu’s ancestors singing. The work is a collaboration between the Amazonian Yawanawa people and filmmaker Lynette Wallworth to tell the story of Hushuhu, the first female shaman, and Tata, the tribe’s visionary spiritual leader. Navigating between Augmented Reality and Virtual Reality the film transforms your perception of your own physicality in the space, as well as Hushuhu’s transformative visions. Chief Tashka wanted Wallworth to communicate that everything is alive. She quotes W.B. Yeats: “There is another world, but it is in this one.”

The concept of engaging imaginatively with our surroundings and seeing beyond conventional perceptions of reality resonated through the programme. Experimental filmmaker Jodie Mack delivered a mind-expanding and playful workshop at the festival, prior to the screening of her extraordinary animated nonfiction film The Grand Bizarre. Packed into a tiny room with a feverishly rotating fan, on a sweltering day in Mexico City, a rapt audience listened to Mack speak about the history of animation. “You have to be hungry to make cinema,” she said, conjuring the image of a projector chomping through film like eating a corncob.

In a lecture brimming with insight, Mack travelled from Freud to Plato and Aristotle and Disney. She made a case for subversive ideas of animation that defy the norms and how the form of animation can be a bridge between imagination and reality. She taught the room how to expand their sense of reality – or what is presented as reality. Her lecture was a call to broaden perception, question boundaries and reconsider how we can work together. Afterwards, attendees filed out into the courtyard to make stroboscopic films.

One of the most intriguing events of the programme was a documentary performance called Archive, by the artist Arkadi Zaides. Using footage from the video archive of B’Tselem, the Israeli information centre for human rights in the occupied territories, Zaides created a haunting embodiment of the repetitive, circular violence and aggressions enacted by Israeli settlers against Palestinians.

As footage unfolds on screen of Israeli settlers throwing stones at Palestinians, or destroying their olive trees, or drunkenly attacking their houses, Zaides begins to move with the bodies, mimicking their acts of anger and violence.

Initially he observes the screen keenly, facing the same direction as us, like a member of the audience who has clambered on stage, engrossed in the visions unfolding. His movement oscillates between dance and precise imitation, at times as if possessed with the aggressor’s energy, trying to comprehend the behaviour by embodying it – or communicating its messy aggression.

As the performance progresses his movements become looser, his shouts slurred grunts. He embodies these waves of aggression that roll into one another and swings his weight around violently and aimlessly; the flailing lunges of an angry, strong, male body fumbling for a target. He draws the onscreen energy into a palpable, four-dimensional sphere, confronting the audience with aftershocks. The motions become repetitive, as if trapped in an echo of themselves, the energy building.

The footage cuts out, but Zaides relives these bursts of rage, reviving those gestures, the filmed footage extending into his physicality, blurring together the scenes and rages. He creates a feedback loop with sounds layering towards a visceral cacophony.

The programme felt alive with experimental approaches to framing nonfiction. As a festival, Ambulante is an evolving and energetic ball of energy that engages with its audiences in an exhilarating, political way. As well as crossing physical borders, it makes nonfiction pop out of its confines, and with workshops and political campaigns, it considers how to give the films and ideas in its programme an afterlife post-festival. Beyond the wandering spirit inherent in its mission, it also wonders about the future of nonfiction, and its future creators – and that is an exciting unknown territory.