Film of the week: The Imposter

Bart Layton’s beguiling investigative doc of a French cuckoo in a broken Texan home unpicks layers of deception and pain – and still leaves an unsolved enigma at its end.

Review | from our September 2012 issue

The lost-child plot is a primal archetype, guaranteed to push emotional buttons all the way from the Old Testament to the cheesiest daytime soap. Its power comes from the double hit of fear and darkness that it carries. First there’s the terror of burning loss: what if your son went missing? And then the chill of horror: what if he came back – as someone else?

It’s no wonder that British documentary-maker Bart Layton couldn’t believe his luck when he heard about the case of Frédéric Bourdin, a 23-year-old Frenchman who managed to persuade the family of a missing boy from Texas that he was their long-lost son. Nicholas Barclay was 13 when he disappeared in 1994, and would have been 16 at the time Bourdin entered the story. The tale of Bourdin’s feat of deception is so extraordinary that it would stretch credibility in a fictionalised account, and Layton’s material is so bizarre that the film is frequently forced to confront the unreliability of any claim to authenticity, even its own. Indeed, Layton relishes the unease that permeates the piece, pulling the audience’s sympathies in incompatible directions, setting up climaxes that don’t happen and playing formal tricks like stopping the film and reversing it to start the story again from another angle.

This is American gothic at its best, and San Antonio, Texas, is the perfect setting: a bleached-out nowheresville peopled by hardbitten underdogs with careful eyes. Nicholas’s story is told via leisurely, emphatically static interviews with his sister Carey (articulate, dignified), his mother Beverley (vacant, evasive) and Carey’s ex-husband Bryan (terse, composed). They present the classic narrative: Nicholas was the golden boy, cruelly snatched away, and they are the victims of a heartless world. It’s here – at the point where they mention the phone call telling them Nicholas has been found – that the film rewinds and presents its alternative narrator: Bourdin himself.

Layton presents Bourdin very differently; he frames him tightly and allows his animated, expressive face to dominate the screen. As the trickster begins to tell his tale it’s hard not to warm to him as a mischief-maker with amazing reserves of initiative and bravado. In a sense he is a lost boy himself, a mixed-race kid abandoned by his father and rejected by his mother, someone who longs only to find a place where he can experience the loving childhood he never had.

His journey to America starts with a simple plan to inveigle himself into a Spanish children’s home by pretending to be a nameless, destitute and apparently traumatised teenager. The ruse works but unfortunately he is not allowed to stay nameless forever and, under pressure to give some kind of account of his existence, eventually begins to fish for a new identity for himself via an American agency for missing children. With time tight, he can’t be picky: the first name to come through belongs to Nicholas, and this is where the whole thing starts to go strange. How can a balding 23-year-old half-Algerian Frenchman with dark hair, brown eyes, black stubble and a strong French accent possibly be accepted as a 16-year-old blond-haired blue-eyed American boy?

This is, of course, the urgent question at the heart of the film and it’s not one that has an easy answer. With the help of the US embassy in Madrid, Carey flies to Spain to meet ‘Nicholas’ and apparently decides at once that he is her brother. Anything that doesn’t fit is explained away by the traumas he claims to have endured during his three missing years, which include kidnap, torture, serial rape, colour-changing eye injections and brainwashing. The Spanish authorities insist on an empirical test: can he identify photographs of Nicholas’s family members? Well, yes he can; Carey has shown them to him only a few minutes before and has named the various relatives in an attempt to jog his memory. Before long, the US consul is handing over a passport and Bourdin is on a plane to Texas.

Perhaps Bourdin and the Barclay family were a perfect match after all: both sides seem to have been desperate to talk themselves into a narrative from which they felt excluded – that is, the day-to-day normality of banal family life. Because as Bourdin attempts to settle into his hard-won American Dream he starts to realise that things aren’t as peachy as he’d hoped. While Carey – in her first trip outside Texas – is amazed to find homely details like Coca-Cola in a foreign Spanish city, Bourdin is surprised at how different San Antonio is from the apple-pie home he had set out to find.

The themes of estrangement and otherness that permeate the film resonate with Bourdin’s uncanny changeling presence. In this case, though, the unease cuts both ways and the shape-shifter starts to get freaked out in his turn. Even when the game is up and a renowned child psychiatrist has taken one look at the fake Nicholas and declared him to be, apart from anything else, incontrovertibly French, Bourdin is perplexed by the family’s unwillingness to give up on their belief in this strange new version of their lost boy. All we need now to complete the gothic mood is a detective digging around under the haunted house. And he duly arrives, in the not insubstantial shape of Charlie Parker, a plain-talking man in possession of a pair of fully functioning eyes, which immediately detect that Bourdin is neither blond nor blue-eyed. Between them, he and Bourdin – who can’t resist finishing off the tale himself – produce yet another alternative narrative to muddy the waters. 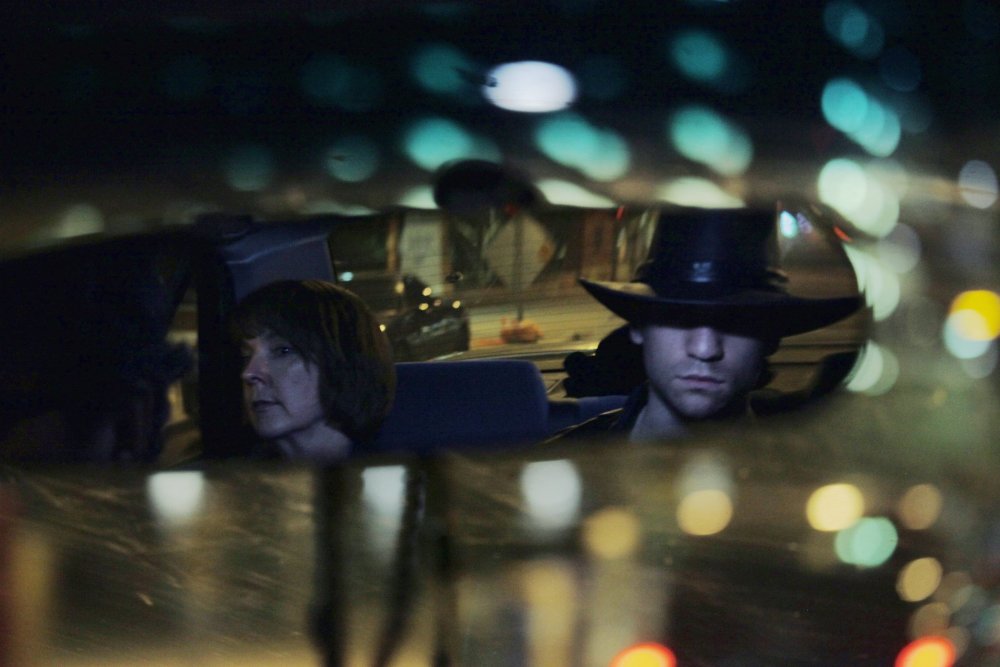 Layton has presented Bourdin as the ultimate fabulist, a ventriloquising narrator whose words are lip-synched by actors recreating key scenes, as if to emphasise his authorship of the story. Once the lies are rolling, Layton leaves it to the deceived to describe Bourdin’s ingenious tricks, cleverly intercutting wordless shots of him peering cheekily into the camera. As we listen to the family and various officials spouting his stories, we admire their ingenuity even while knowing not to believe them.

But are we wallowing in ironic distance? Or are we incriminating ourselves in the lie? On one level, the film makes a social point: Bourdin can spin his tale because it’s so easy to slip into the zone of unloved children, who are easy to impersonate because they are largely ignored. But this is not a film about hard realities – it’s a detective story, a meditation on the problems of evidence and proof. Among the interviews and reconstructions, small pieces of primary source material appear: photographs, video, news footage. As the conflicting accounts weave and bob around each other, these clues resonate with an enigmatic power: they are facts, and they must be important, yet they refuse to cough up any answers.

Most intriguing of all is a video clip filmed by Nicholas himself before he disappeared, in which he provides a running commentary about his family from behind the camera before turning it briefly on himself. Nicholas – perhaps the only really innocent victim of the piece – is also the absent storyteller, silenced mid-plot. To this day no trace of him has been found. In his place, there is his dark alter ego: the slick and ever-present narrator who finally underestimates the momentum and traction of his own tale. And beyond him, there is Layton, constructing a film as inventive and beguiling as its impish protagonist.