And Then We Danced review: finding a new rhythm as a gay man in Georgia

Radical choreography, queer resistance and national identity combine in Levan Akin’s sophisticated and rich drama about a young performer fighting to express himself on and off the dancefloor. 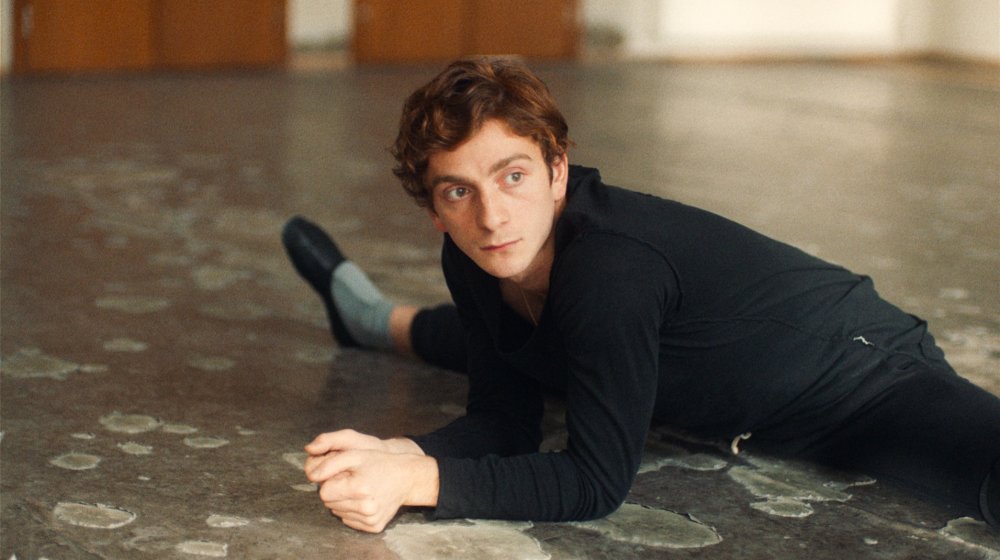 “You should be like a nail, you’re too soft,” an instructor at the National Georgian Ensemble tells aspiring young dancer Merab (Levan Gelbakhiani). “Georgian dance is based on masculinity.”

In its outlines, the film’s Bildungsroman narrative and broadly realist tone align with a cycle of recent queer dramas, such as Switzerland’s Mario (2018), which was set among aspiring footballers. And Then We Danced stands out, though, for its nuanced characterisation, powerful acting, rich attention to social context, and a sophisticated technique whose subtle balance of fluidity and stillness aligns with Merab’s sinuous style of performance.

The dance sequences in particular are captivating and propulsive, giving magnetic form to the growing chemistry between Merab and Irakli. Elsewhere, Akin choreographs lengthy, deceptively complex shots that immerse us in the intense milieu of the dance academy – part macho locker room, part cultural hothouse, part youth club – or in the modest flat shared by Merab, his brother David (Giorgi Tsereteli) and their mother and grandmother.

Such networks, often lubricated by heavy drinking, are thematically central to And Then We Danced. It’s a story about the invidious choice Merab seems to face between powerful forms of collective living (the ensemble, the family, the neighbourhood), which offer belonging and meaning while abhorring queerness, and the possibility of a subjectively fulfilled life elsewhere, apparently dependent on solitude.

Scenes featuring just one character are few, and generally show Merab in closeted distress. The film in no way sugarcoats Georgian homophobia, but nor does it deny the value of normative bonds. There’s affecting nuance to Merab’s relationships with Irakli, David and Mary (Ana Javakishvili), his dance partner since childhood. Gelbakhiani, a dancer making his acting debut here, brings a moving balance of fragility and resolve to each exchange.

There’s subtleness too in the story’s treatment of lineage and tradition. And Then We Danced recognises the layers of meaning, memory and hope that can be embedded in personal objects – an earring, a jacket – rendering them both cherished relics and engines of change.

And it attends to the forces that mould traditions, the malleable contexts shaping supposedly ageless customs. Georgian dance, it notes, was not always as inflexible as some contemporary proponents would insist.

This sense of contingency also applies to the kinds of collective life that are seen as so vital to Georgian society. When Merab is told – in a spirit of concern rather than cruelty – that there’s no place for gay people in Georgia, it seems a credible assessment.

Related to And Then We Danced review: finding a new rhythm as a gay man in Georgia