Noémie Merlant plays an artist hired to paint a woman, Adele Haenel, who refuses to be painted, in this chamberpiece of shapes, textures and female solidarity. 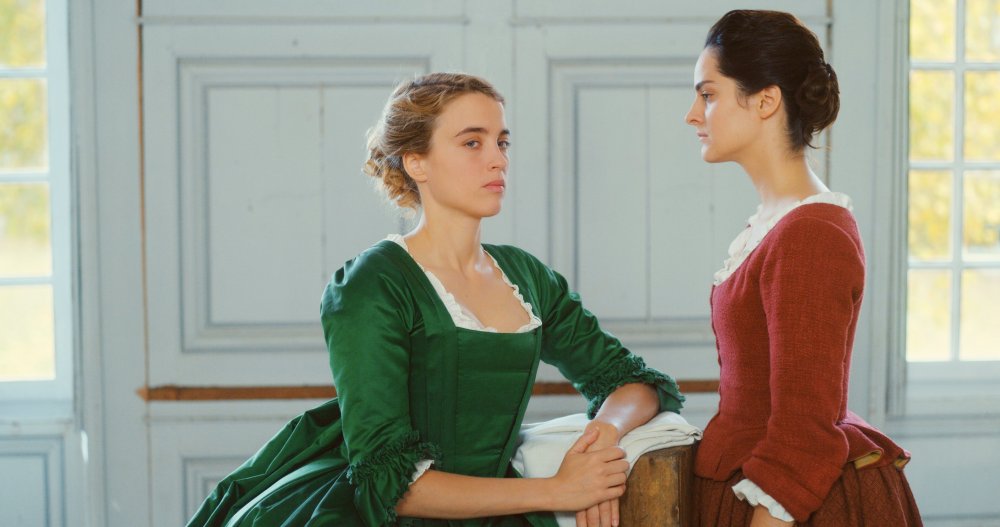 There are some films so exquisite that any attempt to put them into words feels like an act of violence. Céline Sciamma’s Portrait of a Lady on Fire (the French title translates more accurately as ‘Portrait of a Young Girl on Fire’ – the difference at the level of power and freedom matters) is just such a film. It seems spun of gossamer, at once tensile and tenuous. “Take time to look at me,” a voice commands in its opening moments. This moment is fleeting, it implies. Appreciate it while you can.

After a brief prologue, the film opens in earnest as artist Marianne (Noémie Merlant) arrives on the Brittany coast sometime in the 18th century. She is sodden and panting, having thrown herself off the skiff bringing her to shore in order to rescue her materials, which have been swept overboard in a gorgeous, wordless scene (and one of very few to feature a man). On the beach, in the dusky half-light, the rocks form a proscenium arch. She wrings out her skirts and climbs to the isolated manor house that will be her lodging for the next seven days.

Marianne has been given a week to paint the portrait of Héloïse (Adèle Haenel), the second daughter of an unseen merchant. The painting will be sent to a prospective suitor in Milan; if he likes it well enough, he will marry the girl. Héloïse’s older sister, it’s suggested, has killed herself rather than accept the same fate. Héloïse herself has chosen another form of resistance: refusing to sit for the portrait. Marianne’s assignment must be carried out in secret with the aid of maid Sophie (Luàna Bajrami), while she poses as a chaperone to the young woman.

The film’s compositions, meanwhile, recall artworks both timely and anachronistic: turning in the candlelit kitchen, Sophie looks like Vermeer’s Girl with a Pearl Earring; Héloïse, her hair escaping from its pins, resembles Gerhard Richter’s Betty; a portrait spoiled with turps becomes a Francis Bacon portrait. Repeated inserts of a ghostly Héloïse in a wedding dress add a dash of gothic symbolism. 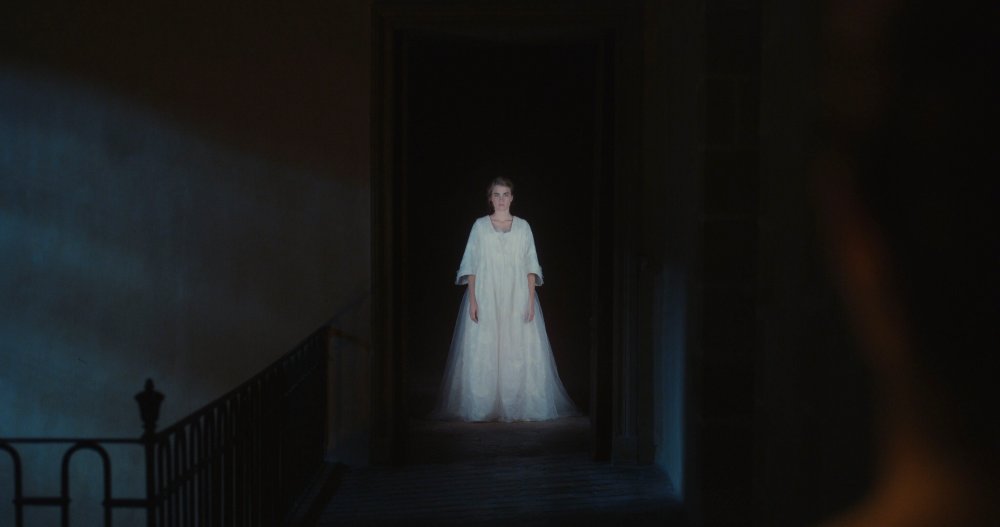 Merlant has the air of a beautiful small animal, an ermine or a mink. Her eyes are quick, dark, darting. Haenel is slower, with the dazed look of an animal bred in captivity. Their very physiques capture the contrast in the two women’s freedoms and fates. This is a film of shapes and textures: the seashell curve of a perfect pink ear, the stiff folds of a brocade dress, the scratching of charcoal over crisp cream paper.

Much of the film is a chamber piece, centring on the three women (four if we count Valeria Golino’s ambivalent matriarch) within the confines of the house. There are excursions to the exterior, but even here the women struggle to breathe freely. Their corsets pinch, and they wrap scarves around their faces to protect them from the wind and sand and salty air – all those coarse elements they secretly long for. Time and again these women return to the beach and the boundless horizon. Cinematographer Claire Mathon, who also shot Mati Diop’s Atlantics (2019) and Alain Guiraudie’s Stranger by the Lake (2013), once more demonstrates an affinity for water: for rushing sea tides and the foaming crests of waves.

The film’s most indelible scene takes place on the beach, as the three protagonists stand around a bonfire with other local women. An uncanny, thrumming sound starts up, one that seems to come from below the world itself and to resonate within our bodies. It is like something from Lucile Hadžihalilovic or Gaspar Noé. Gradually it resolves into the sound of these women singing: “Fugere non possum” – we cannot escape. There is a paradoxical beauty here. None of these women can flee their fate, but here, in their connection to one another, there is consolation – and something like freedom.