Debut director Lila Avilés and lead actress Gabriel Cartol have crafted a subtle and compelling story about a young hotel worker, with wry humour and a keen understanding of exploitative labour economics. 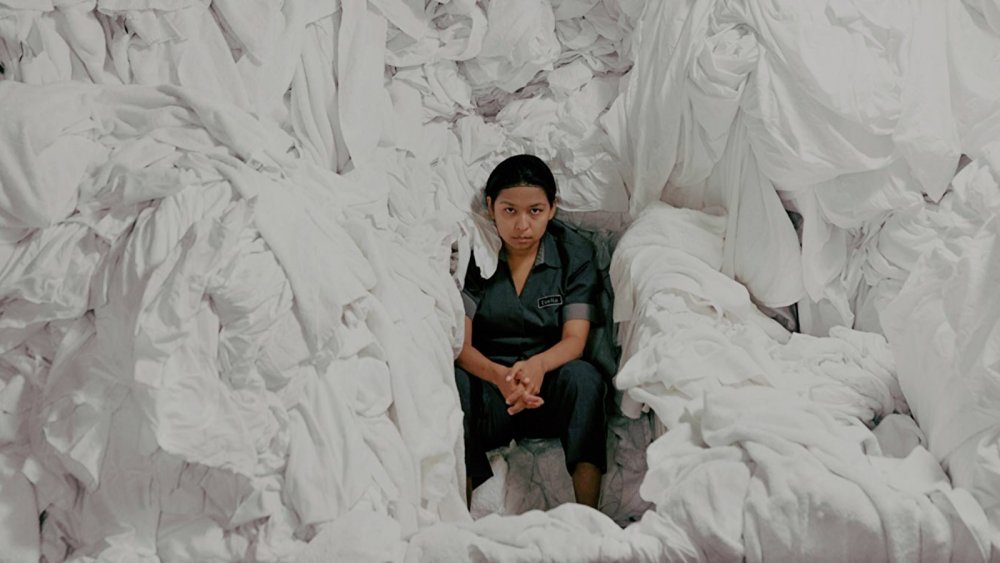 The viewer first sees 24-year-old chambermaid Eve (Gabriela Cartol) as she opens the blinds to survey the mess of a hotel room strewn with clothes, bedding and other items that are never specifically identified. Even when she stumbles on a man’s body on the floor, unsure initially as to whether he is dead or asleep, she is unfazed. It’s a fitting introduction to the film’s enterprising protagonist: professional, polite and largely unflappable.

Cartol’s Eve gives little away as she diligently undertakes her daily tasks, going from the spacious ‘upstairs’ hotel rooms with their spectacular skyline views of the city to the ‘downstairs’ laundry room and maintenance spaces, which are presented in colder colours, with little or no natural light, and framed in a tighter fashion. The film frequently features characters around Eve shifting in out of focus as they go about their work or take a break in the cramped staff areas. Lucrecia Martel’s regular sound designer Guido Berenblum creates a sonic poetry to accompany the visuals: the mundane rattling of the lift, the noise of the air conditioning, the plates in the canteen and the soft bed linen being shifted into place.

For most of the running time, Eve remains within the confines of the hotel (it is never named, but the film was shot in Mexico City’s luxurious InterContinental Presidente hotel). Trapped in a never-ending present of grindingly repetitive tasks, she may clock off at close of day, but the next scene always sees her back at work. Only at the film’s end does she leave the hotel, in what might be read as a liberating moment. Is she leaving never to return? Or will she be back in the morning? It is to director Lila Avilés’s credit that the ending is left so open.

The Chambermaid has a keenly sociopolitical edge. The staff work long hours for what looks to be little pay. The persistent Tita, who covers for her sister in handling the staff uniforms, and the smiley Miriam both try to sell Eve items – plastic containers and children’s toys respectively – in the hope of making extra money on the side. The hotel’s ecosystem functions on bargained labour: the chambermaids all negotiate cover for each other when they need time off or have to leave early. It’s a system that Eve doesn’t quite understand, but the consequences of having been exploited by her colleagues as well as her bosses are made all too clear to her by the film’s end. This is a movie about the have-nots in Mexican society: vulnerable and all too easily open to abuse.

For the most part, Eve remains invisible to the hotel guests – who shoo her away or ignore her as she goes about her chores. There are exceptions – a needy Argentine mother struggling with a small baby, who dangles the possibility of a job in Buenos Aires; a Jewish man who requests her help in pressing the lift’s buttons on the Sabbath; and the odd guest who says hello along one of the hotel’s endless corridors. Eve’s four-year-old son similarly remains an invisible presence, evidenced only through her affectionate but fleeting phone conversations with him. Through these, as well as off-the-cuff comments to work colleagues, the precarity of her home situation – far from the hotel in an abode with no running hot water – becomes evident. 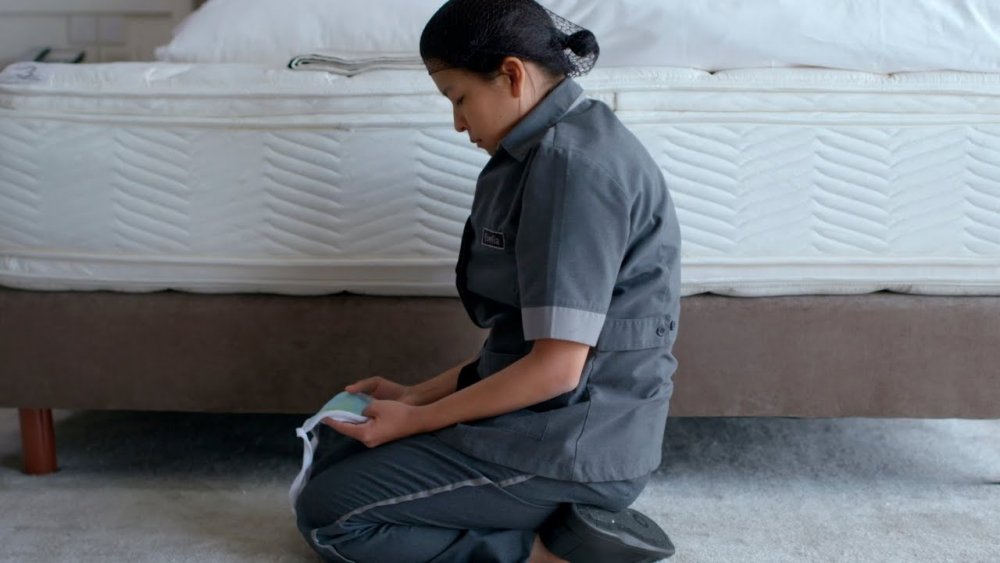 The shy Eve begins to acquire greater agency as the film progresses. Catching the eye of one of the hotel’s window cleaners, she returns his gaze, inviting him up to a room, where she performs a striptease before masturbating on the bed. It’s a sequence that ruptures the pseudo-documentary tone of the film but it fits perfectly into the narrative arc of Eve’s journey – in which she moves from the shy newcomer in her union-sponsored evening course to the confident, conscientious student at the top of the group. Eve’s assiduousness is apparent in the way she flattens bed sheets and places pillows with meticulous precision; she takes a pride in her work that isn’t shared by her more opportunistic colleagues. Eve may also be seeking to get ahead – she hopes to be promoted to work on the 42nd floor, which would give her enough money to pay her son’s childminder.

Cartol is hugely impressive as the enterprising and unassuming Eve, with her keen smile and calm demeanour. Her emotionless features give little away and she remains an enigma to the film’s end. When she finally gets her hands on a red dress that she had handed in to lost property, she finds out via the staff noticeboard that Miriam has been handed the coveted 42nd-floor job. As she beats the dress on to the floor in the laundry room, her anger pours out. She then composes herself and goes back to see the housekeeper and calmly make her case for the 42nd-floor position.

In her directorial debut, actor and stage director Avilés expertly negotiates these contrasting moments with precision and understatement. Like Alfonso Cuarón’s Roma (2018), her film gives cinematic form to the emotional life of an indigenous Mexican woman who is exploited by those who employ her. The Chambermaid’s wry humour and its ability to capture the cadences and implications of overheard conversations and incidental details mark out Avilés as a director to watch.

Lila Avilés’s The Chambermaid offers a dryly comic commentary on class and race, in a portrait of working life in a luxury hotel in Mexico City. By Jonathan Romney.+ New directors: Harry Wootliff