Kim Longinotto weaves together the life story of a remarkable woman with an acute social portrait of Italy’s struggle with the Mafia. 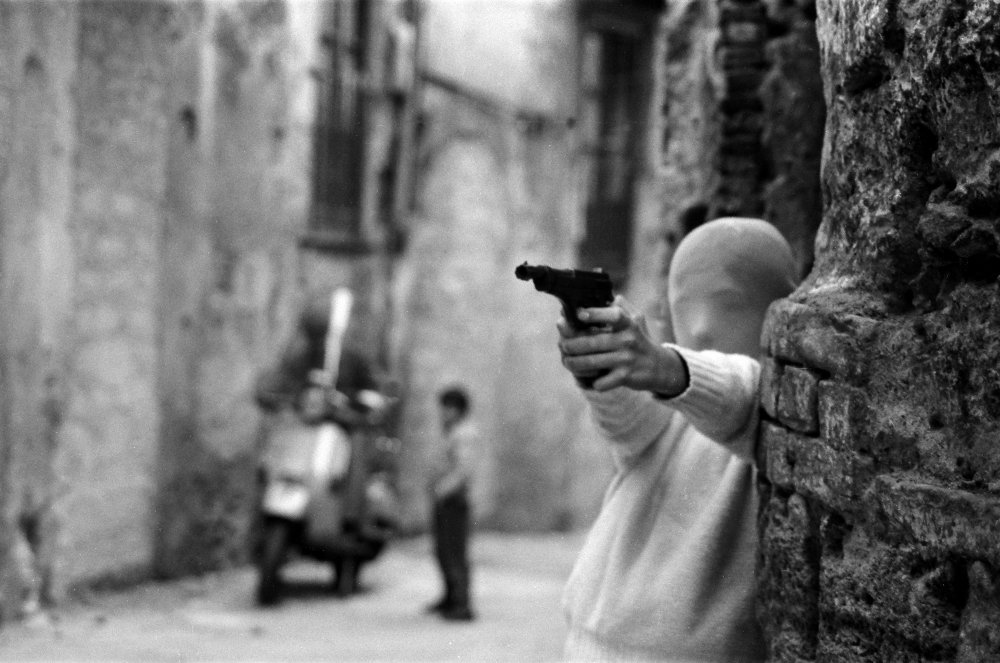 The life story of an extraordinarily charismatic and resolute woman interweaves with the bloody melodrama of Italy’s battle against its enemy within, in Shooting the Mafia, a meld of portraiture and social history that is as tender, humane and generous as it is harrowing. Either story – that of Letizia Battaglia, Italy’s first female photojournalist, or that of the Sicilian Mafia, whose images she dauntlessly collected – could have been riveting on its own. Combined, they form an exceptionally complex evocation of what it is to live as a woman, an artist, a journalist and a moral being in the world.

Early on there’s an overreliance on clips from fiction films, with Silvana Mangano in Anna (1951) serving as a stand-in for our youthful heroine; it’s one way of papering over a lack of footage, but it feels a touch trivialising, and also confusing, since the films aren’t identified on screen. As the documentary hits its stride, however, the personality of the now 84-year-old Battaglia asserts itself beyond question, as does the theme of how we construct our own stories. Battalgia’s fierce, solemn intelligence and bohemian glamour leap off the screen at every stage of her life – one of the film’s striking achievements is the simple chronicling of a working woman’s various self-reinventions over the bulk of the 20th century.

However, director Kim Longinotto doesn’t hype up or overpraise Battaglia so much as let her spin her own myth and allow us to draw our own conclusions. That there is a flip side to her personal story is apparent: her daughters are thanked in the credits but not interviewed, and Battaglia won’t go further than to acknowledge the “damage” she caused them. “I could talk about it, but I don’t want to,” she says. Elsewhere, she castigates her interviewer for raising painful memories – “Why are you making me think about this?” – and memory itself for the hurt it causes. “Why do small things make us suffer our whole lives?” she asks. Of the Mafia wars she witnessed, which at their height could claim five lives a day in Palermo, she says, “You can never be truly happy when you’ve lived through that horror.”

Later, in the chilling figures of high-ranking mafiosi, we glimpse a dark mirror of Battaglia’s self-mythologisation. “Killers suffer, not victims,” claims a grinning Luciano Leggio, while Totò Riina musters tears as he claims to be a simple farmer unjustly hounded by the law. Leggio is jailed in 1992, at the conclusion of the ‘Maxi Trial’, but the moment is bittersweet: both the beloved judge Giovanni Falcone and his friend and fellow prosecuting magistrate Paolo Borsellino are murdered soon afterwards. Riina is apprehended the following year, but Battaglia calls his arrest “a sham”: he has been living for decades in Palermo with the police apparently turning a blind eye.

Here Longinotto pulls into focus just how much injustice Battaglia has witnessed, has internalised and has chosen not to turn away from. Yet there is joy here too – often embodied by Battaglia’s former lovers, who join her to reminisce for the camera. “I often want to see you, to sleep with you,” says Santi Caleca, a boyfriend almost 50 years ago. “We can’t,” she demurs, to which he zips back, “We could do it in secret?” At the end of the film, there’s a new lover, artist Roberto Timperi, 38 years her junior. “People who disapprove,” Battaglia says, “can fuck off.”