Film of the week: Dreamcatcher

Far from the clichés of both ‘happy hookers’ and tragic victims, the women of Kim Longinotto’s latest game-changing documentary are helping themselves out of helplessness – together. 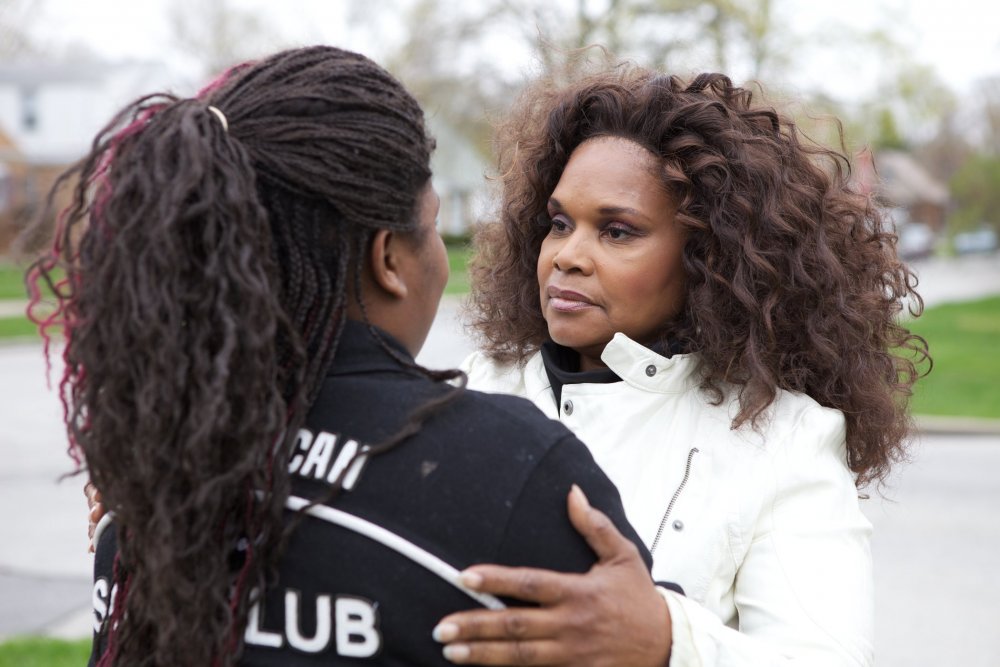 In the US, Kim Longinotto is celebrated as one of our most important contemporary documentarians. Her 2008 film Rough Aunties, about the BobbiBear anti-child-abuse organisation in South Africa, won the World Cinema Jury Prize at Sundance, and 2013’s Salma, an intimate portrait of the Tamil poet and politician battling patriarchy, was rapturously received.

Dreamcatcher, about an organisation that enables women to leave sex work, is the fourth of Longinotto’s films to be selected for the World Documentary section at Sundance. Achingly moving and incredibly timely, it’s likely to garner coverage and plaudits – and hopefully will also inspire change. It’s shot on the streets of Chicago, where Brenda Myers-Powell and Stephanie Daniels-Wilson, co-founders of the Dreamcatcher Foundation, offer support to sex workers, equipped only with an SUV, condoms, cell phones and their own experiences of sex work.

Longinotto has a uniquely internationalist outlook and commitment to politically radical stories based on outsider subjects, captured in a film language whose unobtrusive precision conveys her warmth and respect for her subjects. Yet the filmmaker who Mark Cousins calls “the greatest documentary classicist working in Britain today” is, despite Second Run’s best efforts, a prophet without due honour in her homeland. Neither Rough Aunties nor Salma received a theatrical release in the UK, and both the BBC and ITV passed on the chance to fund Dreamcatcher. It was turned down by the BBC, Longinotto told Variety, on the grounds that the corporation didn’t want to fund “another film about prostitutes”. Given recent news in the UK – particularly the stories of grooming and child sexual abuse in Rotherham, Rochdale and Bristol – Dreamcatcher is exactly what the BBC needs. In the end the film was supported by non-profit foundations and women’s documentary producers Chicken & Egg. 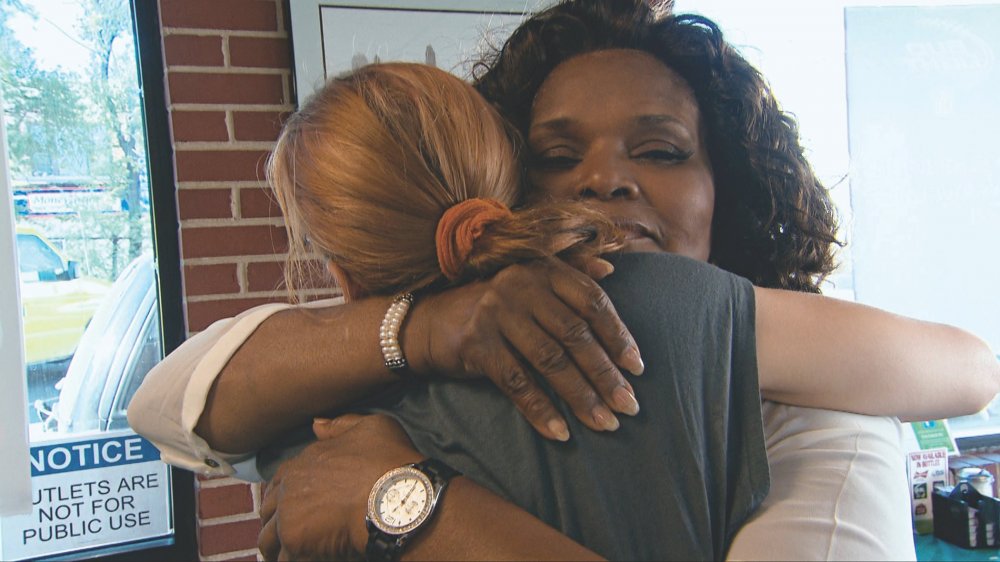 As an editorial judiciously pointed out in last November’s Sight & Sound, mainstream media still loves a ‘happy hooker’ but has no interest in the socioeconomic truth or individual impact of sex work. Dreamcatcher shatters any illusions: again and again, Longinotto bears witness to women describing sexual assaults that occurred during childhood and adolescence, often accompanied by strategies (both gifts and threats) to knot the survivor into a world of sex work. In an incendiary central scene in an after-school workshop at Paul Robeson High, student after student testifies to incidents of assault and abuse, accompanied by adult disbelief and an economic and judicial system that offers few options. As Dianah, a convicted sex worker only slightly older than the students, puts it, “I was molested to the point that I thought it was OK.”

The film confidently walks an ethical line, never re-assaulting its subjects. In an interview, Longinotto described working with the students, telling them: “We’re doing [this] together; I’m relying on you. I’m not going to interview any of you. This is your film, so you do whatever you want.” Months of building trust crystallise in the clarity and confidence of framing, achieving an intimacy that is never invasive – something that’s especially apparent in the long interview with Myers-Powell’s former pimp, Homer, now a speaker for her organisation. Crucially, we see both Homer and Myers-Powell in their home environments as well as at conferences and at the school workshop, and driving from one to the other, hip-hop on the car stereo, making the hope of social mobility explicit for the young students who seem trapped in an abusive cycle.

Even as extraordinary stories are told, Longinotto is attentive to ordinariness, repeated visual emblems that inscribe a history of economic deprivation: the scatter of fast-food wrappers and cups in a classroom; the dilapidation of blocks of brownstone warehouses. Nothing is extraneous or wallpaper: every detail relates to the central argument. From street to cell, this is a precise, thoroughgoing indictment of the systemic sexism, racism and classism that creates a climate of endemic sex work, and it combines this with bold and revelatory strategies for making change. 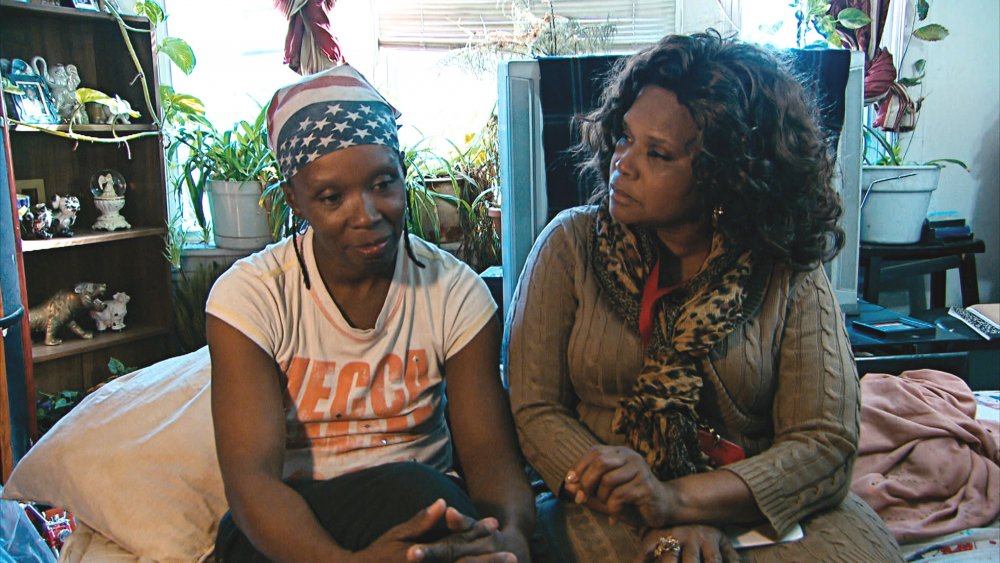 What’s more, it’s not about change being delivered top-down but rather – like Rough Aunties, The Day I Will Never Forget (2002) and Pink Saris (2010) – a classic Longinotto tribute to unorthodox grassroots activists, women changing their community from within. Sisters, to quote Cousins on Sisters in Law (2006), doing it for themselves. Myers-Powell and Daniels-Wilson’s ‘dreamcatcher’ is a network of collaboration that releases women from the bonds of sex work and offers them a new, sustaining community.

This act of solidarity is, as Myers-Powell notes in a characteristically pithy observation, revolutionary in itself. “It’s hard to have a sister… That’s Rule Number 8 in the pimp’s handbook: never let a ho trust a ho.” Such fraught but tensile activist relationships, forged on the ground, often across barriers of race and class, are the unique hallmark of Longinotto’s films, and Myers-Powell’s gift for making connections is Dreamcatcher’s narrative motor.

The film opens with Myers-Powell and Daniels-Wilson in action, offering counselling to women working on the streets. We see Myers-Powell, in freezing winter weather, supporting a sex worker called Marie, who is pregnant and being pimped by her boyfriend to support them, an unbearably complex knot to untie. Myers-Powell returns to see Marie on the street again and again, finally learning that she has entered Sex Workers Anonymous and has refused an invitation from her first child’s father to co-manage a sex-work service. It’s not the fairytale ending of Pretty Woman, but rather evidence of the real efficacy of the Dreamcatcher process.

Myers-Powell’s own journey through the legal system provides the most illuminating evidence. She challenged a conviction for soliciting, which led to a state bill decriminalising prostitution; although it was not passed, the case has changed the situation for the women and girls with whom Dreamcatcher works. 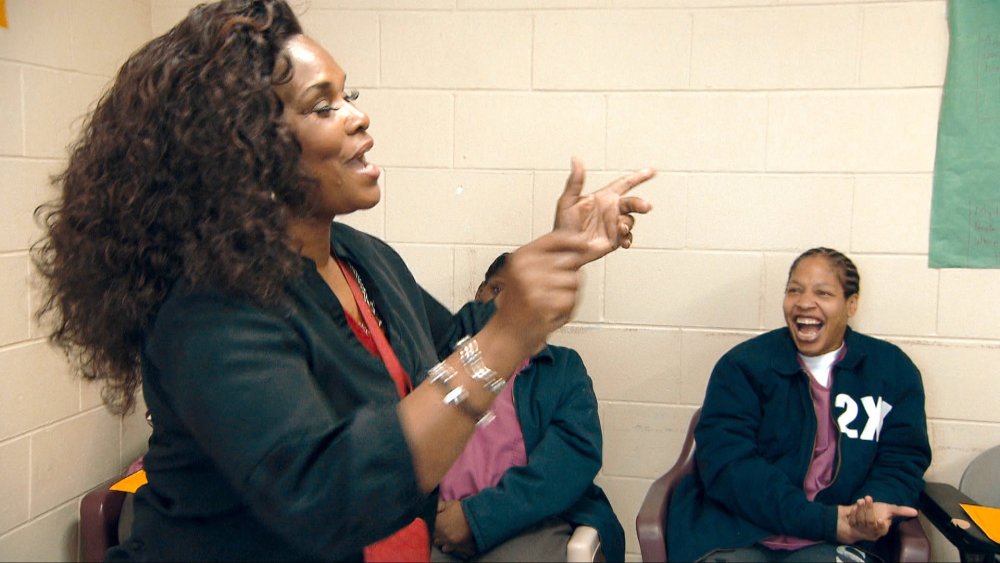 Myers-Powell is not only a symbol of legislative change, however, but also a whirlwind force for change herself, visiting prisons and leading workshops with at-risk groups in high schools, speaking at conferences with Homer, and picking up the phone late at night to distressed, pregnant teenagers. She lives and breathes her commitment and its painful relation to her own past. Early on, she relates the case history of a woman entering sex work after a long period of sexual abuse, only revealing at the end that it’s her own story. Dreamcatcher is very much about Myers-Powell’s control of her own life, image, project and being. The counter-narrative to the ‘happy hooker’ is the tragic victim, and conventional narrative struggles to allow for the idea of a survivor who has agency without erasing the disempowerment of the circumstances that engender sex work.

It’s far from being an alien notion to the film’s subjects, however. “This time,” a woman named Keena tells Myers-Powell during one of her prison visits, “I’m telling him anything I have to so he won’t kill me.” Keena’s words resound throughout the film, as we witness rather than judge so many women making desperate choices in the vanishingly narrow spaces available in underclass urban America. It is this ability to choose that we hear Myers-Powell draw out in conversations with Marie, Dianah and others, leading them to see that if they can make choices within this narrow compass, they can choose to take Dreamcatcher’s help to exit it.

Whether she is literally self-fashioning at home – choosing her wig and makeup – or negotiating a reconciliation between Dianah and her family in prison, what Myers-Powell demonstrates are the skills and strengths she herself learnt on the street. As well as having resilience and determination, she is a fantastic performer, making the high-school girls she works with laugh amid the narration of horrors, and finishing the film with a hip-swaying, full-voiced performance of her favourite song. Longinotto’s documentaries often, subtly and brilliantly, create such a stage on which her subjects can be their best selves, for themselves.

“If you want somebody who’s going to care for you unconditionally, T, we’re here for you.” The offer of unconditional witness and acceptance that Myers-Powell makes to Temeka, a 15-year-old already working on the street, is also the offer made by Longinotto, camera in hand, to her subjects. Dreamcatcher is a film that cares for both its subjects and its audience, unconditionally, an incredible and urgent reinvention of the documentary, and social, contract.

Related to Film of the week: Dreamcatcher