Warners DC follow Captain Marvel with their own version of the neglected comics property about an oversized super-kid, and play up the goofy. 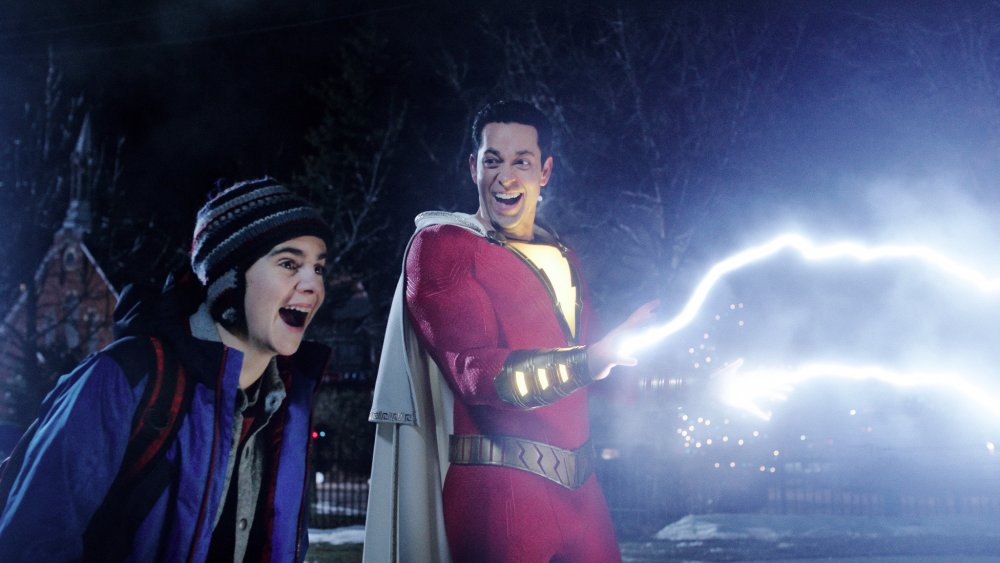 It’s a quirk of comic-book IP that two films are on release this season featuring characters called Captain Marvel – neither of which can actually use the name ‘Captain Marvel’ in dialogue. Lesser champions at their respective comics houses, Captain Marvel and Shazam! are origin stories that prioritise fun over introspection, but both turn on an interesting minor plot point – Carol Danvers and Billy Batson are rejected by biological parents and forge extended, unconventional families in a quietly affecting way that gives these adventures heart without going the romcom route.

This Captain Marvel – whose hero name wavers between the semi-serious Red Cyclone and the useless Captain Sparklefingers – can claim to be the original, debuting (under the soon-ditched name Captain Thunder) in 1940. Published by Fawcett Comics, whose founder was ‘Captain Billy’ Fawcett, Captain Marvel was originally drawn by C.C. Beck and scripted by Bill Parker, with Otto Binder taking over writing duties to infuse a sense of whimsy that matched Beck’s simple, pleasing art. Though he has languished on the C-list for decades – during which jumped-up Spider-Man villain the Punisher has had four major screen adaptations – Captain Marvel was once a huge deal. Not only did his titles outsell DC’s Superman, but he also made his live-action screen debut (in the 1941 serial Adventures of Captain Marvel) well before Batman or Superman.

Flying so high drew flak, and DC brought a lawsuit alleging that “the world’s mightiest mortal” plagiarised its Man of Steel. When DC won the case, it gained the rights to the character, though it later lost the rights to the name – to, of course, Marvel Comics. 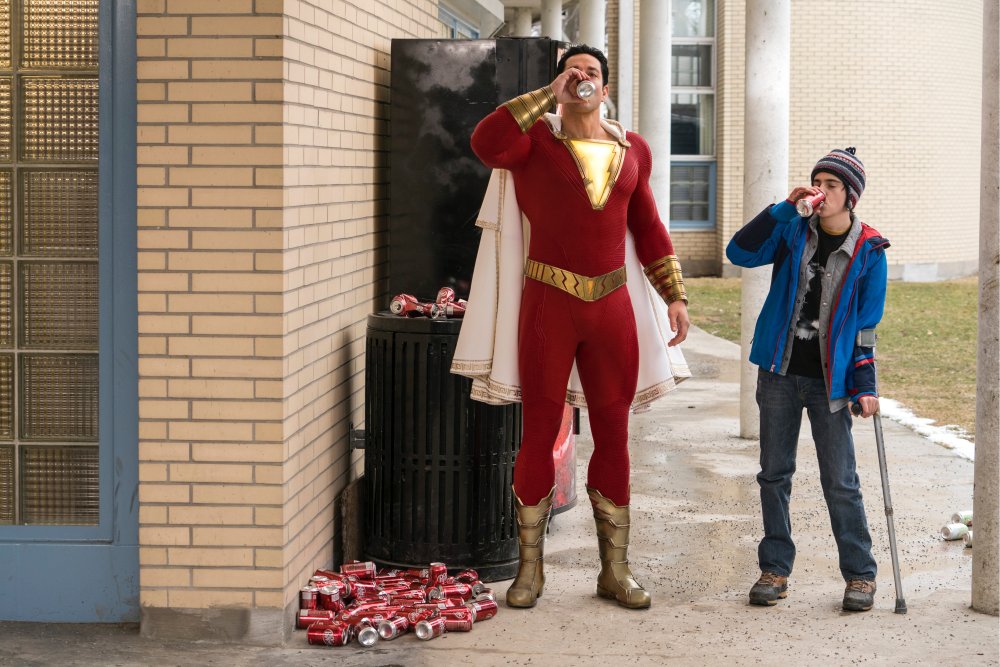 The irony is that Captain Marvel is like Superman (cape, flight, super-speed, ‘bullet invulnerability’), but alter ego Billy Batson is refreshingly different from Clark Kent. That this grown-up-seeming hero is really a big kid (transforming himself into a superpowered adult on uttering the magic word ‘shazam’) is the unique selling point of all iterations of the character (there was a dud 1970s live-action TV Shazam!).

Director David F. Sandberg, coming to the heroic field after jobbing horror (Annabelle: Creation), and writers Henry Gayden and Darren Lemke position Shazam! as ‘Big with superpowers’, to the extent of referencing a key scene from Penny Marshall’s 1988 film. There’s a hint of dark in the fact that abandoned Billy Batson, as played by Asher Angel, is a stroppy little shit whose instinct is to do the right thing only after he’s tried to get out of it. Zachary Levi plays big Billy as a sweet-natured goof, using his newfound abilities to fight crime (not always helpfully) and buy beer (which makes him sick). Beck originally drew Captain Marvel to look like actor Fred MacMurray, and Levi channels some of the charm and eccentricity that MacMurray showed in Disney’s The Absent-Minded Professor (1961). 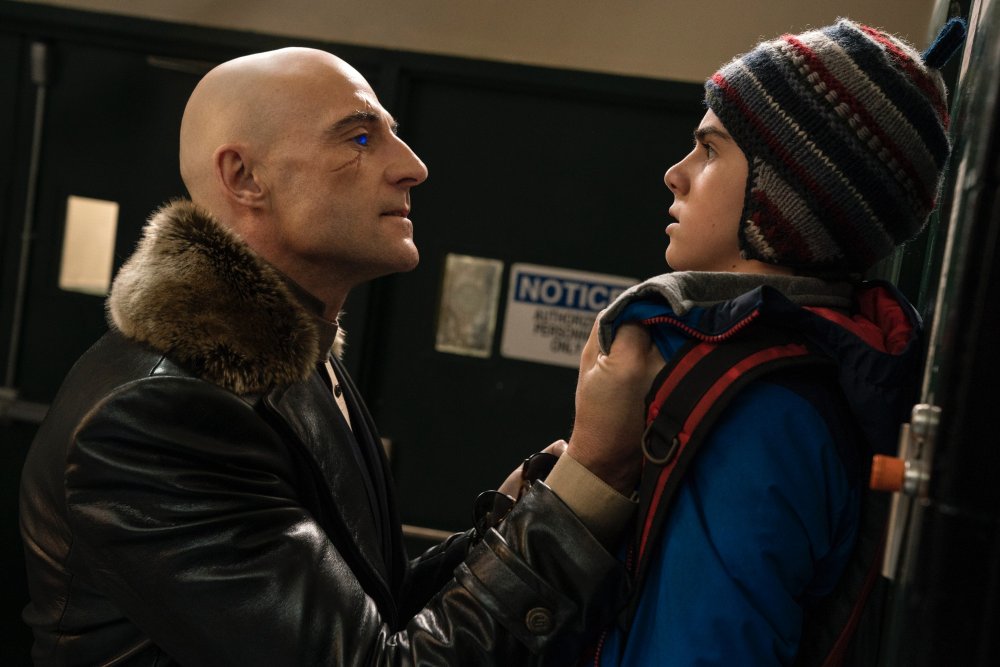 The plot motor, as so often, is the villain. Mark Strong patiently plodded through 2011’s Green Lantern in the hope of being promoted to main menace in a sequel that never came, and finally gets to play arch-nemesis here, killing a few people to indicate that this isn’t just a fun-and-games picture. Drawing from a wealth of material with more supporting Marvels and hangers-on than can be accommodated in one film, Shazam! picks and mixes with confidence: there’s an inspired rethink of Billy’s amiably useless Uncle Dudley as scene-stealing orphan Darla (Faithe Herman); the climax cleverly expands the team (and the story potential); and the inevitable mid-credits tag scene introduces one of the weirdest villains in comic-book history.

A prize for self-referentiality goes to the scene where a kid re-enacting the big fight from 2016’s dour, disenchanted Batman v Superman: Dawn of Justice with action figures looks out of the window to see the lightning emblem of a real hero shining through clouds and reacts with awe.