Brie Larson’s amnesiac super woman Carol Danvers falls (back) to a pre-millennial homeland in a belated female-centred interstice in the Marvel cinematic odyssey.

from our forthcoming May 2019 issue 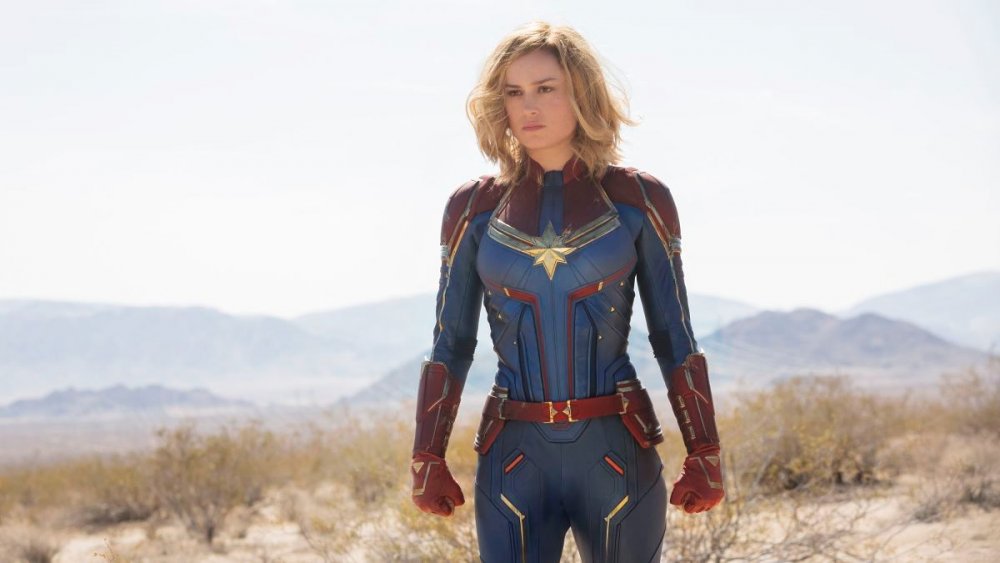 For a comic that exists primarily to secure copyright on the title, Captain Marvel has had several surprisingly interesting runs under a variety of creators. The original Captain Marvel, from the 1940s, was published by Fawcett, which lost a lengthy battle with DC after the latter alleged “the world’s mightiest mortal” was a plagiarism of Superman – and then picked up the rights. DC’s Captain also has a film out this year – though it has had to be called Shazam! because, in the late 1960s, Marvel – deciding that it was going to be the one to publish any book with ‘Captain Marvel’ on the cover – created its own Captain, passing on the name, rank and a variable set of superpowers to a succession of alter egos.

It’s an irony lawyers will relish that no one in Captain Marvel actually calls themself by that name – the character played by Annette Bening has the strongest claim to it until the end credits. Promoted to the rank is Carol Danvers, originally Captain Marvel’s love interest, who had a bewildering run of looks and names (Ms Marvel and Binary) before gaining the logo. She isn’t even the first female Captain Marvel – that would be Monica Rambeau, played here by Akira Akbar and billed as “Monica Rambeau (11 Years Old)” in an implicit promise that she’ll grow into superhero status and will feature in a future Marvel movie.

Given the unholy mess of Carol’s continuity, the film’s multi-authored script makes a fair fist of delivering fragments of backstory as recovered memory, as Brie Larson’s amnesiac warrior finds herself stranded back on an Earth she doesn’t remember. Larson handles the indomitability in a smart but practical flight-or-fight suit, occasionally blowing a stray hair off her face to show the human streak that means she’ll inevitably break away from the Kree, who have been set up by two Guardians of the Galaxy volumes and a season of Agents of SHIELD as one of the MCU’s baddie races. 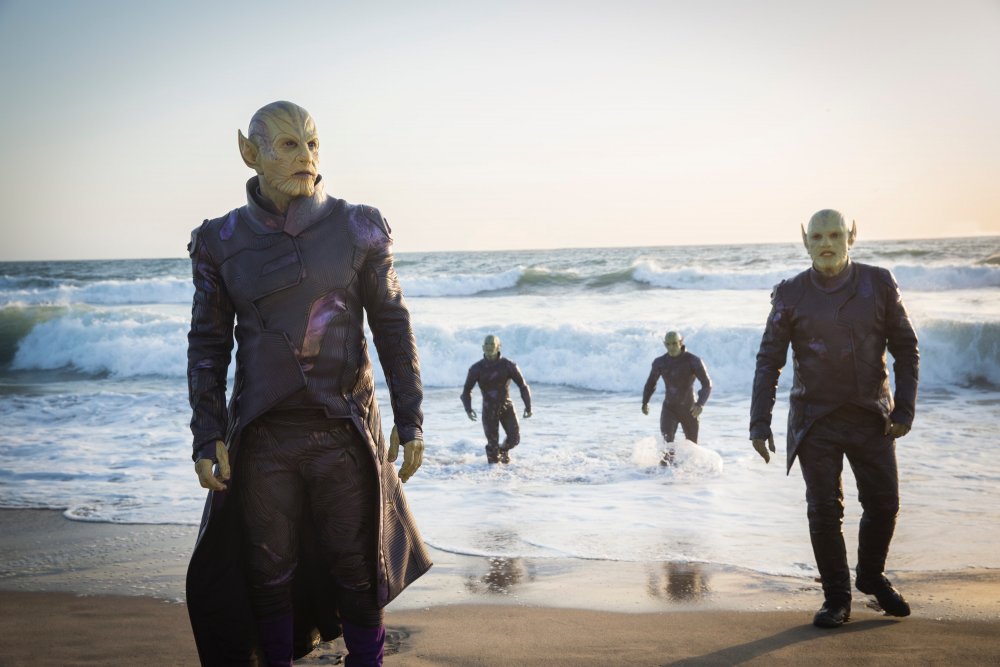 Co-directed by Anna Boden and Ryan Fleck, the latest recruits to the wider universe of Disney-Marvel from the backwater planet of inspirational indie dramas (Sugar, It’s Kind of a Funny Story), Captain Marvel relies a lot on Larson’s instant rapport with an array of possible father/best-friend figures – it’s implied that Carol doesn’t get on with her real family – who play at being two-faced even when they’re not shifting shape (Ben Mendelsohn and Jude Law seesaw between playing to and against type as mortal-enemy aliens).

Samuel L. Jackson is digitally de-aged for the film’s 1990s setting, to fill in bits of MCU plottage – including the long-in-the-works reveal of how he lost his eye – and to evoke such period-appropriate romps as Die Hard with a Vengeance and (especially) The Long Kiss Goodnight. Like the Guardians films, this riffs on nostalgia to play up an appeal to grown-ups who count comics among the loved ephemera of their childhoods – with Carol crashlanding in a Blockbuster video store (a double VHS pack of The Right Stuff catches her eye) and gags about slow-loading computer files.

There’s charm and grit in Carol’s reunion with Earth friends and remembering that her defining characteristic is a refusal to be told who she is by even well-intentioned men. However, the character stuff goes on hold when the Captain takes flight to become Marvel’s prime female icon in the same way that Wonder Woman is at DC. That’s a relatively recent aspect of the comic-book Carol – though she did edit a feminist magazine back when she was Ms Marvel in the 1970s – and there’s a sense that the success of Patty Jenkins’s Wonder Woman (Jenkins was eased off of a Marvel project, the troubled Thor: The Dark World) has forced its rival’s hand to make a female-centred film.

It’s hard for a character whose fluid identity is inherent in the story to compete with a pop-culture icon who’s lasted since 1941… but when the space battles start, this Captain Marvel at least stays in the game.