The director of anarchic ‘action documentary’ classics Extreme Private Eros and The Emperor’s Naked Army Marches On didn’t find such singular agitators for his long-unfolding study of asbestos victims demanding redress from a heartless state, but rather a model of mutual purpose. 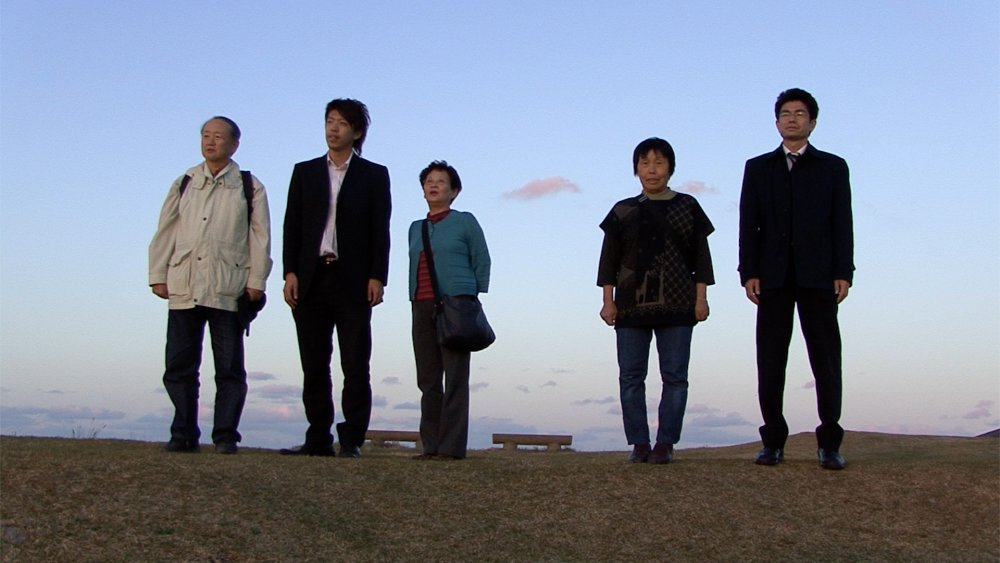 In his 2000 nonfiction book Underground, about the Tokyo gas attacks of 1995, Haruki Murakami included a personal essay about his response to the interviews he conducted with people affected by the attacks. In this, he states that while the legal process will have a part to play, unless “we Japanese absorb those facts into our metabolism and integrate them into our field of vision, all will be lost in a mass of meaningless detail, court-case gossip, and obscure forgotten corner of history”. The same warning could perhaps be made regarding the subject of Hara Kazuo’s first film in over ten years, Sennan Asbestos Disaster (which is screening alongside two of the director’s older pictures at Open City Documentary Festival this week).

The similarities between Murakami and Hara’s respective works is stark. Though the nature of the catastrophes differ vastly, both authors are using their chosen medium to craft an ensemble account of national disasters in Japan that have far-reaching effects. In Hara’s case, he combines testimonial interviews akin to those conducted by Murakami to tell the history of a group of asbestos victims, combining these with candid observational footage to capture their ongoing decade-long struggle for justice. The result is a three-and-a-half-hour epic that blends traditions of direct cinema documentaries about political campaigns and court cases with intimate glimpses of chronic suffering. 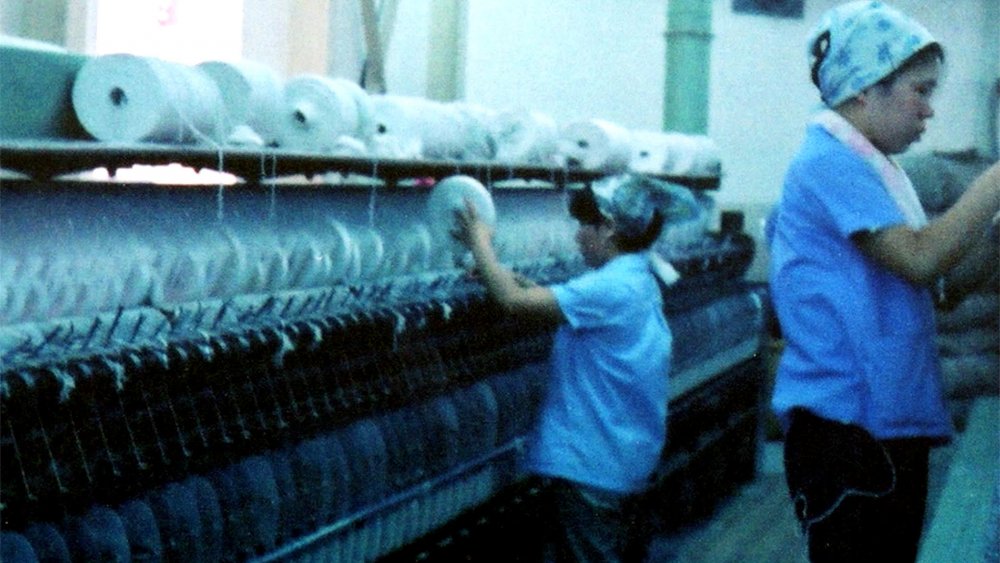 In some respects this chimes with the rest of Hara’s oeuvre, which has always focussed on characters somewhat on the margins of society who actively challenge authority, injustice and perceived wisdom. This is most famous in the case of the aggressively combative Okuzaki Kenzo in Hara’s highly regarded 1987 film The Emperor’s Naked Army Marches On. In the case of his new film, the injustice is the government’s refusal to accept responsibility for the asbestos-related illnesses (asbestosis, lung cancer, mesothelioma and others) contracted by workers at asbestos factories as well as their families and other local residents. The original title translates to something like ‘Japanese state vs Sennan asbestos village’. Besides this underlying premise, however, this Disaster feels like a departure from the director’s infamous prior work.

Hara has himself described his previous style as ‘action documentary’ and he revelled in finding radical and strong-willed characters on which to focus his story. The expanded cast of characters in Disaster, and their protracted legal battle and the “quiet time bomb” of their illnesses, are a world from Okuzaki Kenzo. 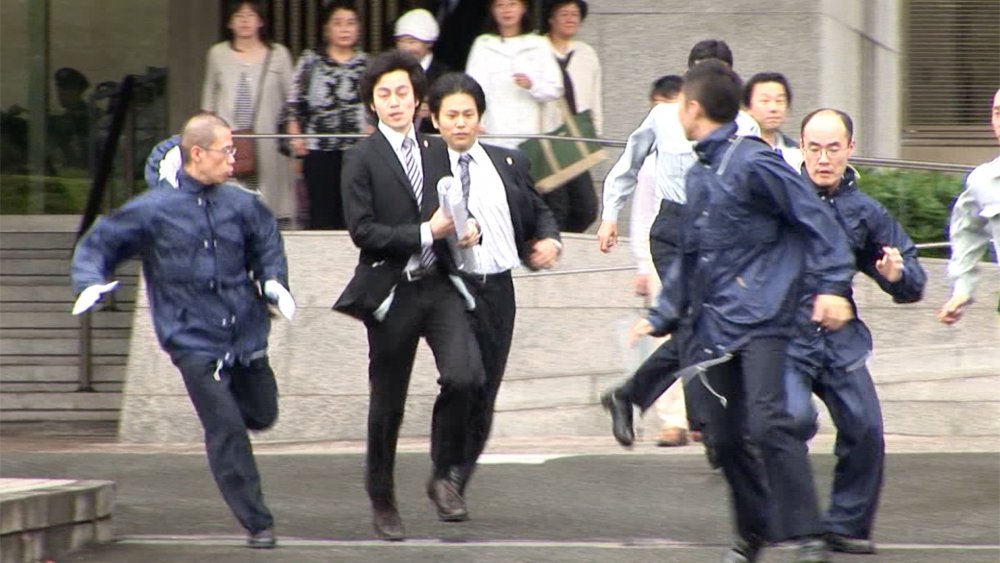 This is perfectly illustrated in a scene – one of many – that sees the support group for asbestos victims, made up of the numerous plaintiffs, handing out flyers. In the rain they bow and hold out their wares for passers-by, hoping to raise awareness about their plight. This scene prompts memories of other Hara protagonists who flyered: Hiroshi Yokota, a cerebral palsy victim in Goodbye CP (1972); the aforementioned Okuzaki, who notoriously distributed pornographic images of the Emperor prior to filming. In these other instances the acts were in themselves provocative, challenging, even rebellious. That is not the world, the Japan, of the new film. There is mention of taking real action, but the closest the group comes is an almost-tussle with security guards when they’re attempting to deliver a government petition – it hardly compares to the febrile energy of his older work.

Although he was always apparently hoping that an individual like Okuzaki, Hiroshi or novelist Inoue Mitsuharu (the subject of 1994’s A Dedicated Life) to take the story by the horns and give him a hard wall to butt up against, this instead resonates more as a combined struggle. As plaintiffs pass away and the government stalls, appealing repeated incontrovertible court decisions, victims’ loved ones take up their mantle or provide additional supportive strength. It’s funny that Hara was looking for a new Okuzaki because, in The Emperor’s Naked Army Marches On, Okuzaki himself says that “nation is a wall between men. It’s a big wall that prevents us from joining together.” While the complainants in Sennan Asbestos Disaster might not be quite so compelling, they turn those words around and join together in confronting the apparently unbreachable wall of an unrepentant Japanese nation.