Permission review: an Iranian woman fights for the right to footie

A talented footballer kicks back against her misogynist husband in order to progress her career in Soheil Beiraghi’s portrait of Iran’s rigged separation game. 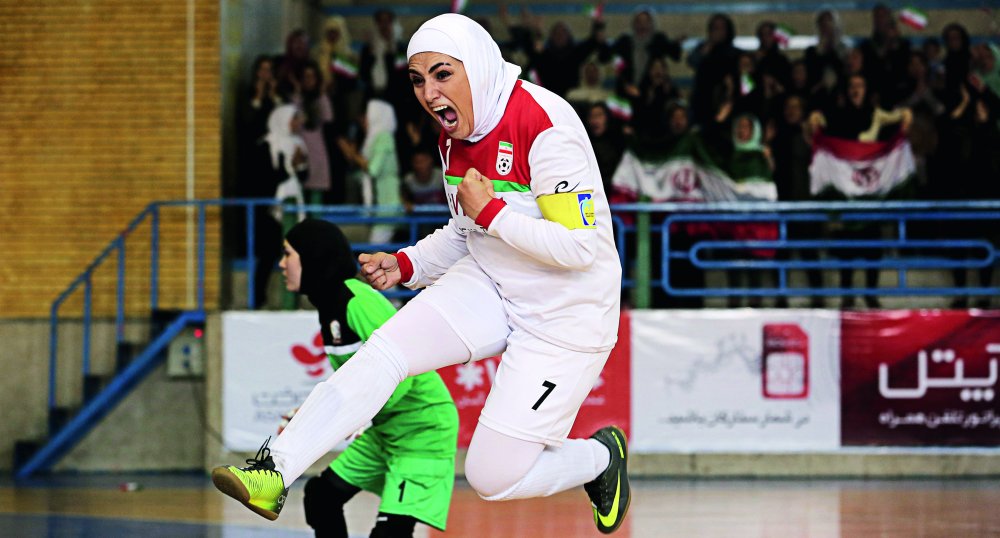 Earlier this year, Saudi Arabia announced that a Saudi woman would no longer need the permission of her husband, father or male guardian to travel abroad. Iran, it seems, is still lagging behind on this. According to an end title in Soheil Beiraghi’s film, in 2017 eight Iranian female athletes were banned by their menfolk from leaving the country. And that was just the athletes.

Permission was inspired by the real-life case of Niloufar Ardalan, star midfielder with one of Iran’s top football teams, who couldn’t attend an important tournament in Malaysia when her husband refused to sign the form she needed to renew her passport. But the film isn’t a dramatisation of Ardalan’s story; apart from anything else, the real-life case and the fiction reach very different endings.

Nor is this a sports movie. As team captain, Afrooz’s life centres on football – or rather futsal, a form of indoor five-a-side – but we see only one match, at the very start, filmed with infectious vigour and excitement.

After that, the contest isn’t on the sports pitch but between Afrooz (Baran Kosari) and her estranged husband Yaser (Amir Jadidi), whose ban on her leaving Iran she only discovers when she and the rest of the team arrive at Tehran’s Imam Khomeini airport to catch a flight to Kuala Lumpur.

With the help of lawyer Pante’ea (Leili Rashidi) and the support of her friend and fellow teammate Masi (Hoda Zeinolabedin), she tries every tactic, from abjectly begging Yaser to publicly denouncing him on the internet; but Yaser, knowing that the law is implacably on his side, smugly sees off all her efforts and refuses her a divorce.

There’s little doubt whose side we’re expected to be on. Afrooz is at the height of her sporting powers, but as an athlete her career is likely to be short. Yaser’s malicious action will curtail it abruptly. As if this weren’t enough, he attacks her at night with his car – or seems to, though we never actually see him at the wheel – rips up in front of her the agreement to lift his ban that he’s just signed, and evicts her from the apartment she shares with Masi, throwing her possessions into the street.

Even so, Beiraghi doesn’t show Yaser as an unredeemed villain; we’re allowed to glimpse a man whose pride has been damaged, and confidence shaken, by his wife’s leaving him. And there’s ambiguity to Kosari’s portrayal of Afrooz as well: though she clearly has right on her side, her tendency to yell and hector when anyone disagrees with her doesn’t do her any favours.

Permission marks something of a break from Beiraghi’s previous film, Me (2016), another portrait of a strong-minded woman, though in that case a crime boss smuggling alcohol and selling fake passports. But the new film carries a hint of thriller elements too, especially in the car chase.

It also links back to two previous Iranian films highlighting the absurd, doctrinaire treatment of women in the ayatollah-run state. In Jafar Panahi’s Offside (2006), a young woman has to disguise herself as a man to attend a World Cup match. And the scenes in Permission where the passport officer at the airport and the judge at the divorce appeal are never seen, only heard, recalls the long fixed camera sequence that opens Asghar Farhadi’s A Separation (2011). Iranian justice is faceless, implacable and rigidly skewed against women.

Related to Permission review: an Iranian woman fights for the right to footie