Ali Jaberansari’s deadpan, downbeat tapestry of romantic manners mixes wry social commentary with arch arthouse humour – but did it have to be so down on its characters? 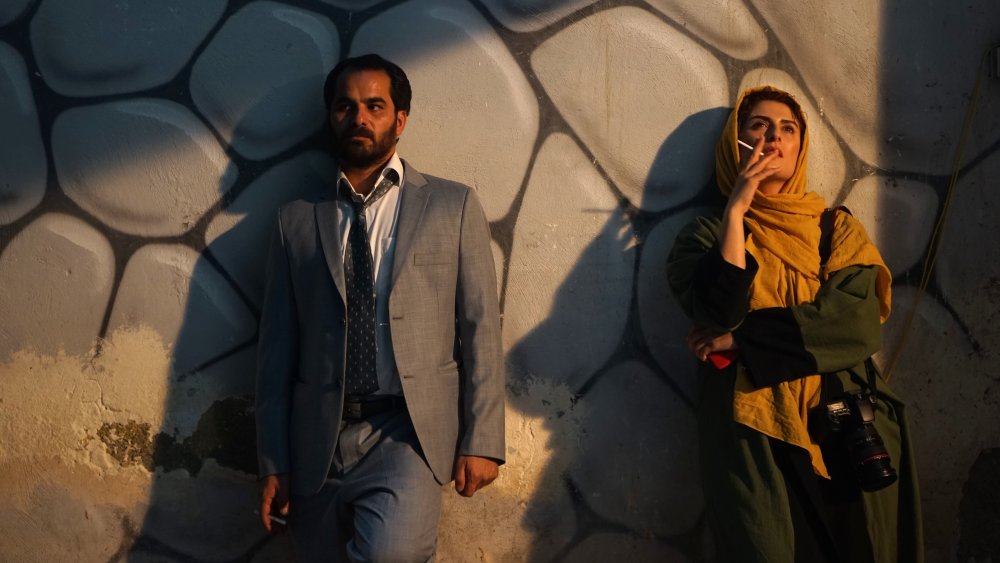 Lost souls submit to or seek to subvert the tyranny of beauty in this dry, low-key comedy, which attempts to reflect the recent dramatic rise in cosmetic surgery and bodybuilding in a city that’s been referred to as ‘the nose-job capital of the world’ for a number of years now.

Mina (Forough Ghajabagli) works in a beauty clinic that sculpts people into idealised forms, but defiantly maintains her own generous shape with a diet heavily dependent on ice cream. Her hobby is prank-calling the clinic’s male clients in the guise of a seductress, making dates with them and then standing them up. Resistant to her bait is personal trainer and actor Hessam (Amir Hessam Bakhtiari), who only has eyes for a young male client, Arshia. Then there’s Vahid (Mehdi Saki), who has been singing at funerals long enough to have absorbed dangerous levels of lugubriousness and can’t get a girlfriend as a result, but spies hope on the horizon when he meets Mina’s poised and sparky friend Niloufar (Behnaz Jafari).

The structure of Tehran: City of Love is one of successive bittersweet vignettes, and the mood and staging staunchly deadpan and mannered, making clear homage to Aki Kaurismäki, Roy Andersson and early Jim Jarmusch. The sort of self-conscious quirks that mark a film out as being laser-focused on the festival circuit abound: a running gag about Louis Garrel being “the most famous actor in France”; the morose cutesiness of a sad character dragging around an enormous teddy bear. Each actor has terrific presence – with Bakhtiari’s juxtaposition of awe-inspiring bulk and unassuming sensitivity a particularly striking find – and some sequences successfully align the absurdity of oppressive beauty standards with the characters’ minor humiliations and perpetually thwarted expectations.

With the showy entitlement of the beautiful, Niloufar orders fruit salad for dessert, only to dig into Mina’s ice cream; Mina watches her with delightfully undisguised affront, but says nothing. Hessam, confused by the information that the slight and feminine Garrel is France’s prime box-office draw, wonders if his local toy shop carries a jigsaw of the actor’s face; a confused assistant can only offer him puzzles of “Scarface, Godfather or Rocky”. Bridging sequences showing groups of men exercising at Hessam’s gym, meanwhile, border on dance, and add texture to the film.

The storytelling has a punitive quality, however, with each of these characters not only facing adversity but being absolutely affirmed in his or her chief source of sadness. Mina, despite the knowing wit that Ghajabagli brings to her performance and the early transgressive promise of the prank-call idea, is unattractive and therefore unlovable. Hessam does need to keep his homosexuality under wraps. Vahid is too sad to sing at weddings and too odd for Niloufar.

We’re left with the limited choice of either a very conservative interpretation (these peculiar people can’t expect the social reward of happiness) or a very nihilistic one (they might deserve happiness, but they’re absolutely not going to get it). There’s a sense of energy bubbling under but being quashed by restrictive tone and format. This may, of course, be the point; but it’s a bit of a sad and hollow one.