No Fathers in Kashmir review: a deeply felt film about a region blighted by violence

Ashvin Kumar directs, stars and more in this urgent and beautiful story, in which two youngsters uncover the true horror of their country’s recent past. 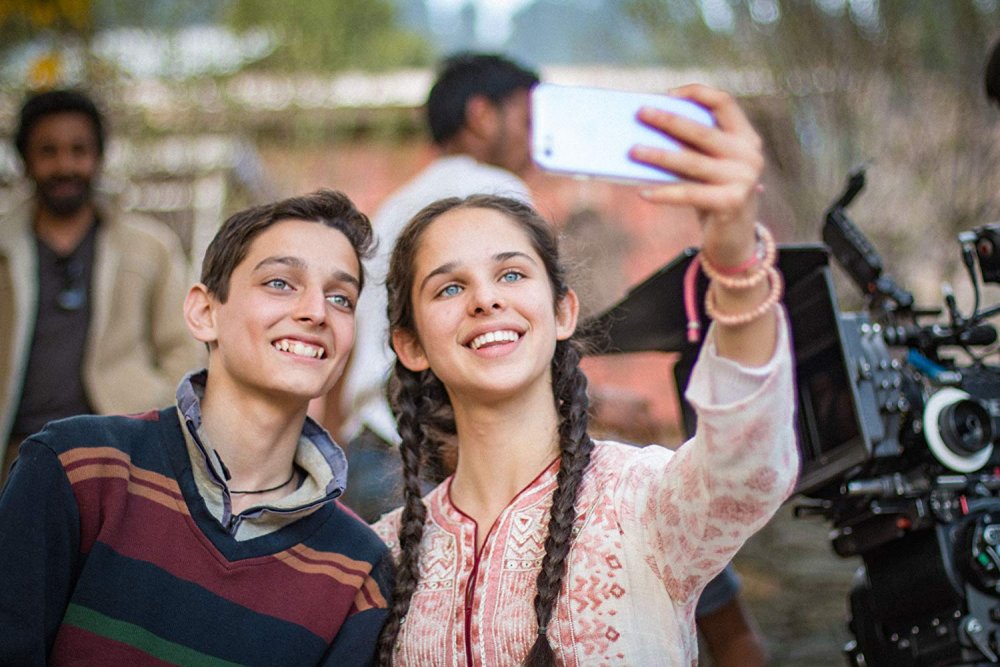 India’s recent move to tighten its grip on the sector of Kashmir under its control (for 72 years the state has been uneasily split between India, Pakistan and, since the mid-1950s, China) makes Ashvin Kumar’s deeply felt film even more urgently relevant. Since 1947, an opening title tells us, 100,000 Kashmiris have been killed in the conflict; a closing title adds that more than 10,000 men have disappeared, leaving “half-widows” and “half-orphans”. No fathers indeed – or at least, far fewer.

We’re shown this fraught situation through the naive eyes of teenage outsider Noor (Zara Webb, making her feature debut), Kashmiri-born but brought up in England. Her own father, Basheer, is one of the ‘disappeared’ – as is the father of Majid (Shivam Rania, another debut performance), the boy she meets in her grandparents’ village and infects with her own dangerous curiosity. Persuading him to take her to the remote forested region where their fathers are supposed to have vanished, she finds there are things even more terrifying than hidden massacre sites.

Kashmir is still a highly sensitive subject in India, and the film hit problems with the CBFC (India’s Central Board of Film Certification), which wanted to tone down its political elements. But No Fathers is far from propagandist, and Kumar is scrupulous in giving various sides their own voice. The occupying Indian army is shown as heavy-handed and brutal, but it’s an army officer, Major Pandey (Anshuman Jha), who states the solders’ dilemma: “Every villager is an enemy – and a countryman. Who do I protect? Who do I fight?”

The film’s most complex character is played by Kumar himself. (He also produces, scripts, co-edits and operates second-unit camera.) We meet Arshid, who runs the local madrasa, in dispute with Noor’s grandfather Abdul, when he comes across as bigoted and censorious. A former friend of Basheer and Majid’s father, he’s believed to have betrayed them both, and while concealing militants he’s also taking bribes from the army. But it was under torture, rendering him impotent, that he was induced to talk; and when Majid is held by the army, it’s Arshid who leads the villagers’ protest demanding the boy be released.

If one viewpoint is missing it’s that of Pakistan, but to have included it would have overloaded the film intolerably (and probably got it vetoed by the CBFC). Webb and Raina as the two reckless youngsters give appealingly fresh-faced, convincing performances, and the multi-layered score from Loïk Dury and Christophe Minck, blending tabla and tanpura with guitar and ondes martenot, adds a level of cultural intricacy. As for Kashmir itself, its landscape captured by DPs Jean-Marc Selva and Jean Marie Delorme, it stands as one of the world’s most sublimely beautiful and tragically sundered regions.

Related to No Fathers in Kashmir review: a deeply felt film about a region blighted by violence