A family of refugees record their own perilous flight from Afghanistan to Europe on their mobile phones in this haunting, but very human documentary. 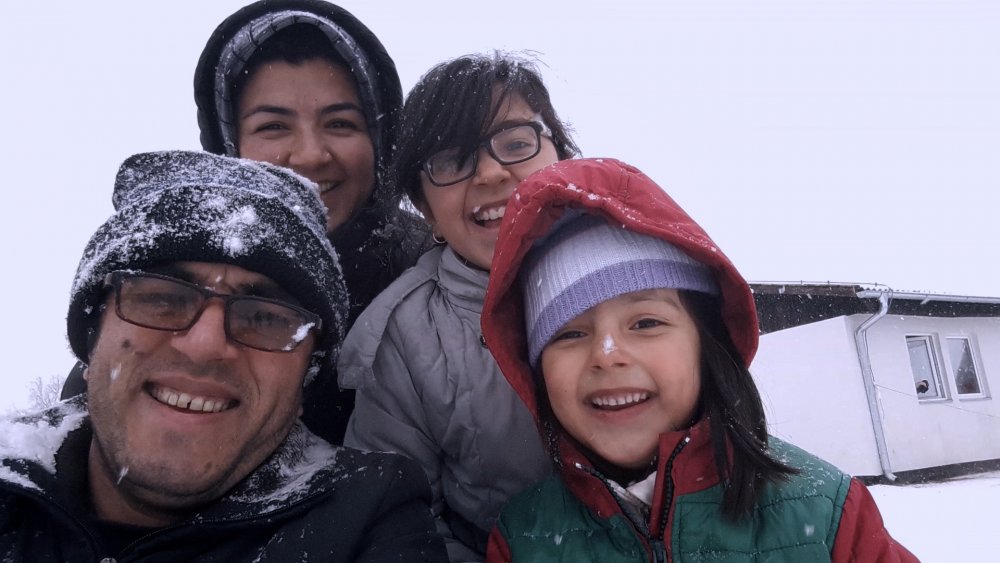 As the international refugee crisis continues to worsen, myriad documentaries have explored the plight of millions of displaced individuals across the globe. While many are observational, an increasing number are being filmed by those living in the eye of the storm. Midnight Traveller is one such work, and it widens the horizons of this experience even further as it follows a family as they cross Europe in search of safety. In the process, it shows that atrocities are not limited to the familiar Middle Eastern hot zones, and that intolerance is a common language.

In 2015, married couple Hassan Fazili and Fatima Hossaini were forced to flee Afghanistan, after their creative endeavours – and their establishment of the freethinking Kabul’s Art Café and Restaurant – saw the Taliban put a price on their head. After a year in Tajikistan, and having had multiple asylum claims denied, the couple decide to strike out to Europe with their two young daughters, Nargis and Zahra, in tow. The life of the illegal immigrant is arduous and dangerous, and the family religiously document their experiences – cold nights in forests, months spent in the unwelcoming confines of refugee camps, violent attacks from locals – on their mobile phones.

But while Fazili and Hossaini are refugees, buffeted by forces beyond their control, they are also filmmakers, able to frame their experiences with an expert eye and, in some small way, take control of their story. The expanse of sky, for example, is a recurring motif, as are birds in flight, the girls at play – sequences promising freedom, opportunity. The editing, by Emelie Mahdavian, is exceptional, stitching together years of footage into a tight, chronological narrative while retaining the turbulent sense of uncertainty that accompanies every step.

A late-stage sequence, in which Fazili recalls his desire to film the search for youngest daughter Zahra, when she went missing for a couple of hours (later to be found alive and well), is a striking acknowledgement of the tension that exists between life and art, and the powerful pull of cinema even in the darkest of times. His voice cracking, Fazili admits to thinking that he should be filming the search, that if he was to find her body on camera it would be the best scene in the film. It’s an intimate, telling and deeply human moment.

Indeed, one of the greatest strengths of the film is its central vein of humanity and, surprisingly, hope. Despite their horrific experiences, Fazili and Hossaini remain supportive and loving, their onscreen banter a light in the darkness. The girls are seen at play more often than in tears. Which makes the horrors, when they come, even more unbearable. Midnight Traveller puts a human face on the refugee crisis. The idea that there are millions more stories just like this one is too appalling for words.