Make Me Up review: Rachel Maclean takes a cyber cleaver to art history

Multimedia artist Rachel Maclean offers a digital twist on the suffragette assault on art-historical misogyny – a sherbert-fountain-screened unmasking of cultural command and control. 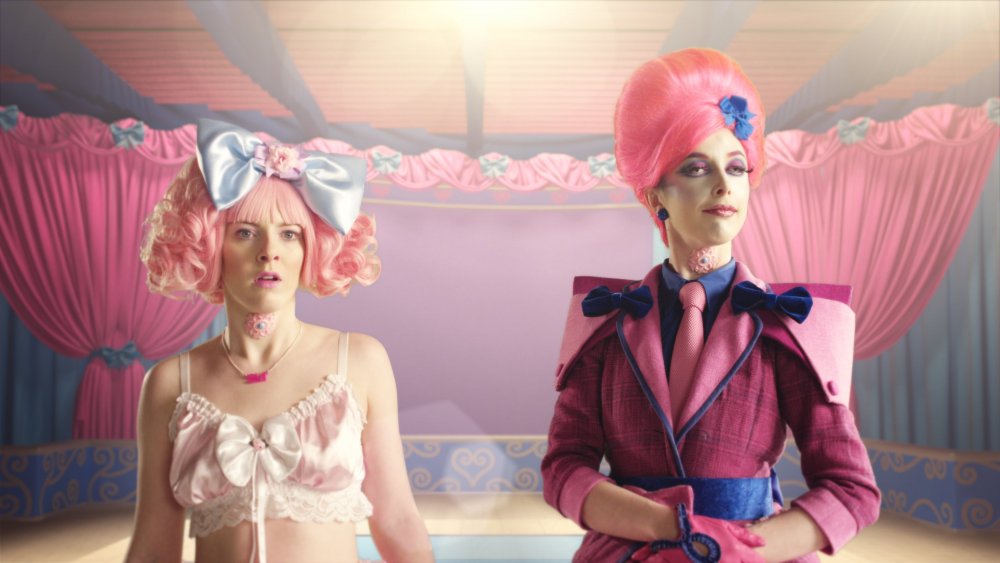 Multimedia artist Rachel Maclean goes for the throat in Make Me Up, a savage satire on the systemic misogyny of historical narrative, with European art history as her exemplar. Her detailed and neo-baroque art design, in a saccharine pastel palette, looks like candy floss exploded onto the screen. Levels of flair match excess in her exposé of sinister ideologies embedded in the mini and maxi narratives of gender and beauty. For Maclean, this stuff is everywhere, from advertising and pop culture to politics. Building, then, on the themes and tropes from her first feature film, Feed Me (2015), Maclean attacks the insidious agenda of the art world by (re)presenting its narrative. With an eye on centenary celebrations of suffrage, she harks back to historical interrupters with a 21st century twist: the glitch.

Our protagonist, Siri (Christina Gordon), finds herself at the centre of what appears to be an impossible game show, helmed by Figurehead, an ornately dressed Maclean lip-syncing to Kenneth Clark’s Civilisation. Constituting a beauty clinic-cum-brainwashing cult, Siri and her fellow cohort are dressed in scant yet elaborately adorned outfits, competing against one another in a heteropatriarchal, capitalist clamour for top place in the symbolic order of a Lacanian nightmare. Maclean shows us how women looking back at art are forced to see and model themselves in its mythic image.

From mythologies to fairy tales, Maclean plumbs a rich well of collective cultural thought control. There is no doubt about it, this world is Grimm. Inside the gingerbread walls is an Orwellian all-seeing eye that never sleeps. Siri’s only hope is an ally. Befriending a fellow captive, Alexa (Colette Dalal Tchantcho), she realises that the only way to change the narrative is to glitch it, in the hopes that it will interrupt the (Amazon) echo and stop the feedback loop that upholds Figurehead’s narrative. 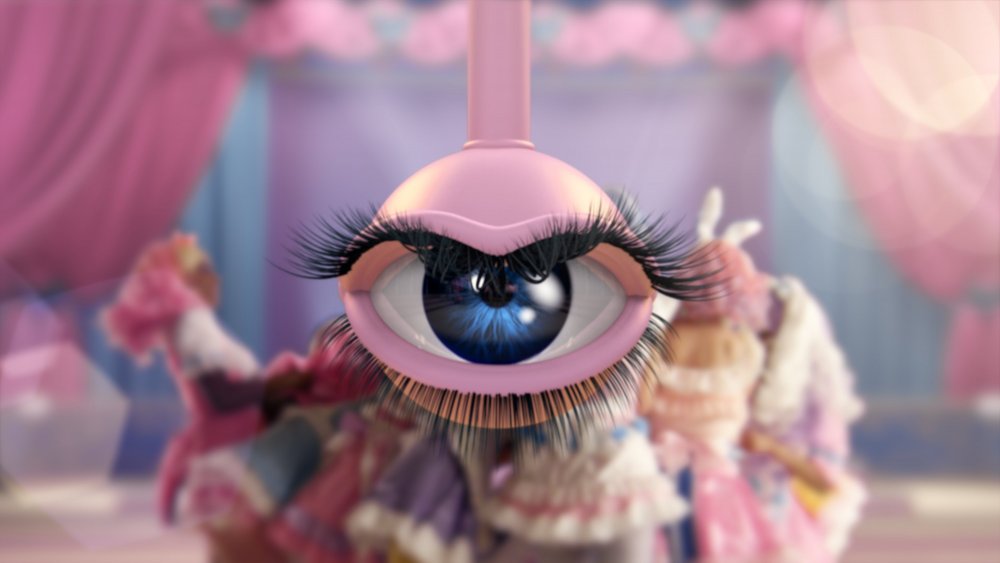 Commissioned by the BBC, Creative Scotland and 14-18 NOW: WWI Centenary Art Commissions, Maclean’s film is ambitious, weaving suffrage into the fabric of contemporary feminist issues, with the glitch as Maclean’s contemporary take on suffragette Mary Richardson’s attack on the Rokeby Venus in the National Gallery, 104 years ago. Richardson attacked the painting with a meat cleaver. Slicing the nude female form in the image, she was enacting violence on and destroying the mythology of women’s beauty, one day after the government had violently arrested Emmeline Pankhurst, who Richardson revered as “the most beautiful character in modern history”.

Using a truly astounding wealth of archive audio to build on these references and the issues facing contemporary feminist movements, the film crescendos with a mesmerising montage of the women lip syncing, as if they were starring in a music video, to the varied likes of Rose McGowan, Tessa Gorman and Margaret Thatcher, Katy Perry, Amy Poehler, Germaine Greer, Taylor Swift, Nicki Minaj, Emma Thompson and Cilla Black.

The affect is as hyper-intense as the sugary treats that lured Hansel and Gretel to the cannibal’s lair. With blood, sweat, paint, fabric and tears, Maclean moulds a sublime anti-narrative to the mythologised and canonised oppression of art history.

Related to Make Me Up review: Rachel Maclean takes a cyber cleaver to art history