In Noé’s blitziest blitzkrieg yet – a featurette that cries out for big-screen viewing – Beatrice Dallé and Charlotte Gainsbourg play an embattled film director and her star preparing a witch-burning scene. Then Noé unleashes a proper meltdown. 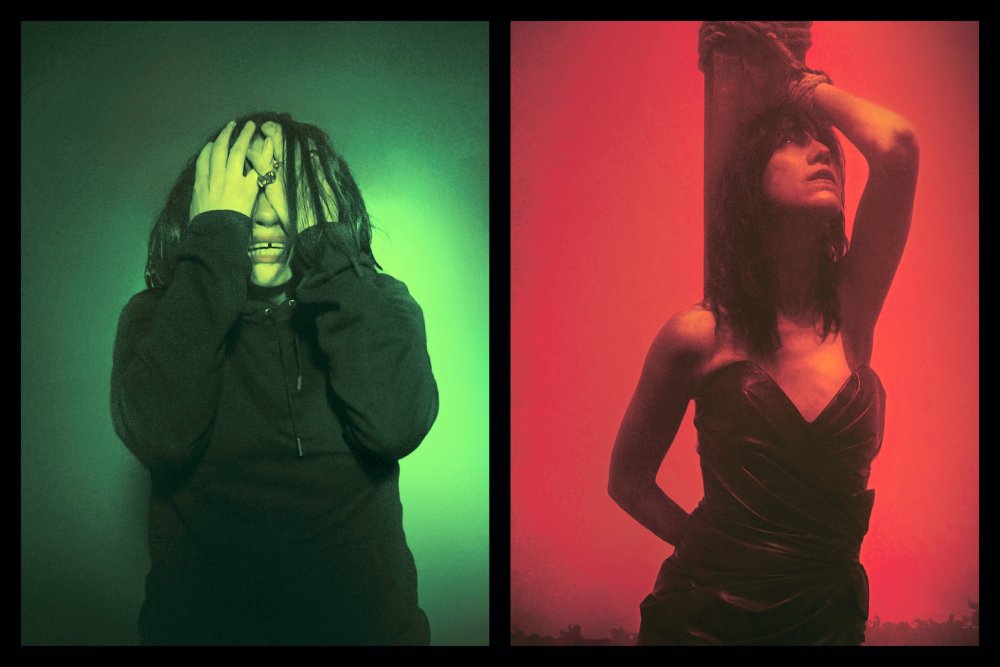 Despite the ominous prelude – a Dostoyevsky quote extolling the extreme joy felt by epileptics ahead of a seizure, followed by clips drawn from Dreyer’s Day of Wrath of witches being tortured and burned at the stake – Gaspar Noé starts Lux Æterna in an uncharacteristically warm and welcoming vein. On a very cheap-looking film set, sitting next to each other but framed in separate medium shots juxtaposed in split screen, Béatrice Dalle and Charlotte Gainsbourg discuss previous film roles, set experiences and sexual partners while waiting for the crew to prepare the next scene. The conversation, captured in static long takes, has an improvisational fluidity and it’s a delight to watch two of the sexiest, most charismatic women in French cinema simply shoot the breeze for ten minutes.

Of course, this being a Noé film, such a laid-back state of affairs cannot last. Once the two are called over to start the scene, Lux Æterna switches gears from genial to assaultive, revealing itself as Noé’s contribution to the long and variegated tradition of films about film shoots.

Dalle is the director, embattled with virtually everyone except Gainsbourg, who has agreed to act in a witch-burning scene as a favour. The producer and DP are conspiring to fire Dalle and have recruited the set photographer to follow and record her every move, only enraging her more. The other actresses are furious about being asked to perform topless without contractual agreement. The makeup artist is scrambling to run after Gainsbourg, who is trying to solve a crisis at home via phone while dodging a young film director who wants to enlist her in his debut. A critic keeps butting in, asking for quotes from the various crew members.

Offering a real-time analogue to the screaming, narcissistic madness of Fassbinder’s Beware of a Holy Whore, Noé has his regular DP Benoît Debie pursue the characters in lengthy handheld and Steadicam shots as they race through the film set’s different rooms engaging in various altercations. The split-screen, which is maintained most of the time, alternates between showing the same scene from different perspectives or two separate ones unfolding in different rooms, with the incessant clamour on the respective soundtracks competing for dominance. At intervals, titles appear on the screen bearing bombastic quotes about filmmaking from some of Noé’s cinematic heroes, credited as Rainer W., Carl Th., Jean-Luc and Luis. (As with much of Noé’s cinema, one’s enjoyment of Lux Æterna will in large part depend on whether one is amused by such knowingly silly self-indulgence.)

Eventually, Gainsbourg is tied to the stake and the scene can finally start shooting. Having sufficiently frayed the viewer’s nerves, Noé attempts to make good on the promise of the Dostoyevsky quote by concluding Lux Æterna with yet another, and to date his greatest, homage to 2001: A Space Odyssey’s ‘Star Gate’ sequence. As the witch-burning begins, the image gradually dissolves into a stroboscopic onslaught of neon colours accompanied by rapid, high-pitched ringing and a thundering drone. Likely inspired by the flicker films of Tony Conrad and Paul Sharits, this sequence intensifies over several minutes and the effect is phenomenal, as the sensory overload becomes so extreme it actually succeeds in inducing a trance-like state.

In this regard, Lux Æterna’s 50-minute running time is regrettable, as it will inevitably curtail the film’s chances of playing in a cinema and it’s not something that could be watched at home. The entire finale would only be incredibly irritating and without it there’s not much point to suffering through the deliberately exhausting build-up. If watched on a giant screen with a muscular sound system, on the other hand, it offers a sublime realisation of the notion of cinema as a collective and transcendent experience.