With J.A. Bayona in charge, the living fossils finally escape the island for an enjoyably sinister location, even if the family-friendly franchise occasionally cramps the director’s style.

from our forthcoming August 2018 issue 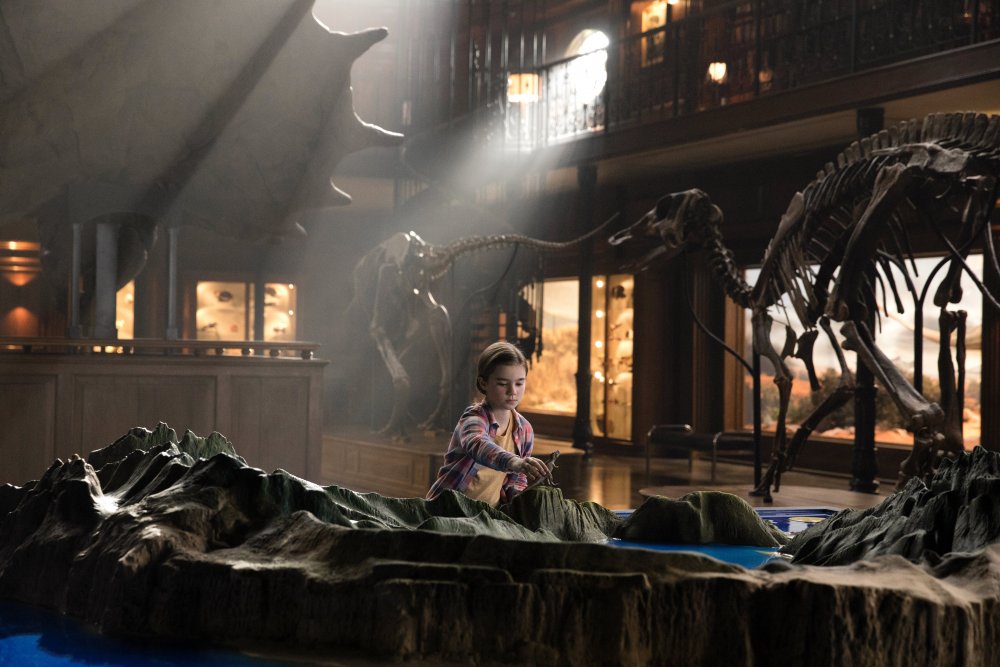 It’s a critical commonplace to reference recurring sceptic Ian Malcolm (Jeff Goldblum), who has been issuing warnings about genetically engineering dinosaurs for the purposes of entertainment ever since Jurassic Park (1993), to decry the whole project of this franchise. Since Steven Spielberg’s bloated sequel The Lost World: Jurassic Park (1997), each entry has had to scupper credibility in order to find a reason for folk to go back to the island where the dinosaurs live and then deliver some fresh example of hubris or cock-up to sic the monsters on a fresh batch of victims. As with the Die Hard series, later episodes test the patience of audiences with the contrivances required to get the rickety vehicle on the road again – with even characters inside the films complaining about how many times the same basic scenario can be justified.

Colin Trevorrow’s distinctly average 2015 ‘soft reboot’ Jurassic World was an unexpected commercial blockbuster, leaping the industry fence at which Terminator Genisys (2015) and even Blade Runner 2049 (2017) fell. Therefore, a fifth go-round was inevitable, overruling any Malcolm-like voices accusing franchise-holders of being “so preoccupied with whether or not they could, they didn’t stop to think if they should”. Goldblum’s Malcolm returns here, top-and-tailing the film and staying well away from anything with teeth, but the most significant character is newcomer Maisie, a little girl whose kinship with monsters runs deeper than the dino-fandom of previous Jurassic child characters, and whose interestingly motivated actions in the finale seem to open the doors on many more movies.

Trevorrow and Derek Connolly stay on as screenwriters, and it’s still a struggle to warm up to the Jurassic World lead characters, Claire (Bryce Dallas Howard) and Owen (Chris Pratt), whose rote bickering attraction is below the par set by all those Japanese reporters, scientists, pilots and generals who scuttle around between the money scenes of the average Godzilla movie. But the arrival of J.A. Bayona (The Orphanage, A Monster Calls) as director helpfully shakes things up.

The first act of the film includes a few decent suspense sequences, and it piles on the agony as characters are imperilled simultaneously by an erupting volcano and maddened saurians – with Pratt briefly demonstrating his comic chops as he tries to evade lava while partially paralysed from a tranquilliser dart. The film doesn’t really show any of Bayona’s style until – finally! – the dinosaurs get off the island and are let loose in a setting new to the series, a spooky old house with an evil lair in the sub-basement. 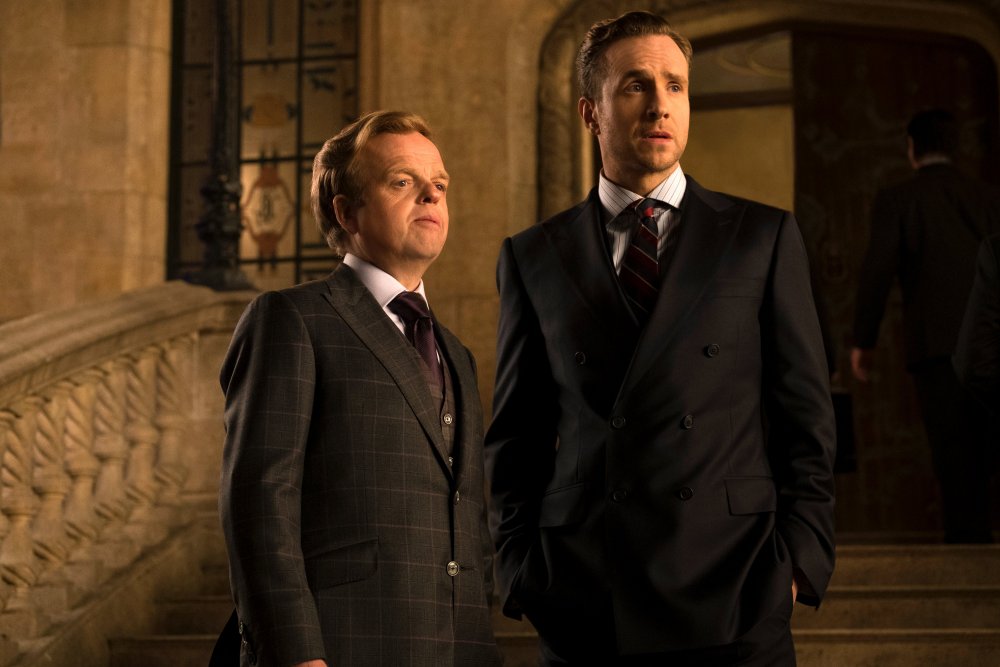 Previously, monster victims have mostly been simply unsympathetic – the lawyer eaten on the toilet in Jurassic Park, the PA swallowed in Jurassic World – but this offers actual villains, who are deservedly done in: Ted Levine as a treacherous mercenary collecting dino-teeth for a necklace, Toby Jones as a sinister auctioneer with a Tintin-gone-to-seed cowlick, and Rafe Spall as an unctuous minion with grandiose evil plans to tailor-make dinosaur soldiers. The 12A certificate slightly hampers proceedings – shuffling one key plot point off screen, and severely crimping scenes that could do with the grue associated with Roger Corman’s knock-off Carnosaur series, a parasite that surprisingly remains dormant while the host is active again.

What Bayona brings – along with Geraldine Chaplin as a sinister but sympathetic governess – is a sense of gothic glee. Here, nightmare-clawed creatures invade a lonely little girl’s bedroom, rampage through cramped corridors or a darkened museum, and battle on rainswept rooftops. It’s a different look for the series, but also a welcome change.