And life shall have no dominion: this latest millenarian retread is a plastic self-pastiche that underscores the drudgery of post-modern spectacle.

from our forthcoming September 2015 issue

Think Abbott and Costello Meets Terminator. Think Terminator & Robin. Think, in other words, the point at which a franchise subsides, perhaps finally, into self-parody.

If the underrated Terminator Salvation (2009) drew on – and extended – all the machinic darkness of the first film, then Terminator Genisys returns to the playful PoMo of Terminator 2 Judgment Day (1991). Indeed, the film is so mired in self-reference and in-jokes, you almost suspect that its writers and director must have been closely consulting Fredric Jameson’s remarks on pastiche in Postmodernism, or, the Cultural Logic of Late Capitalism.

In retrospect, Terminator 2’s already irritating combination of cutesy smart alecry (“Hasta la vista, baby”) and apocalyptic foreboding laid out the formula for the 1990s postmodern thriller in the way that the Bond films did for the thrillers of the 60s. The form was a kind of have-your-cake-and-eat-it mix of send-up and portentous melodrama (Linda Hamilton’s performance was so OTT that you wanted to say, “Chill out, it’s just a nuclear apocalypse”).

That shtick feels played out far past the point of exhaustion now, and Terminator Genisys goes even more lightweight. It acts as if Terminator Salvation had never happened, emphatically rejecting its style and tone, and gorging on all the time travel paradoxes that the previous film had sidelined. 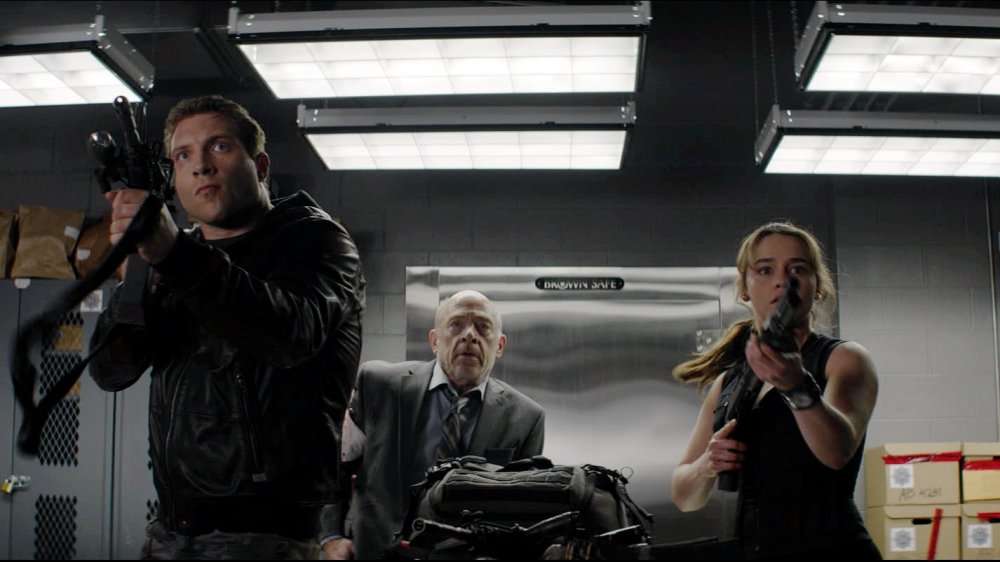 The set up returns us to the scenario of the first film. It sees Kyle Reese sent back into 1984 from the future. But Reese meets a Sarah Connor who is not at all what he expected. Rather than the disbelieving naif who has to be traumatically persuaded that she will become the mother of humanity’s future saviour, this already battle-hardened Connor knows more than Reese does. Aha, an alternative time line: an excuse to run through so many remixed versions of the best-known sequences from the first two films, like so much microwave-reheated comfort food.

By this point, we’ve already seen the original 1984 model of the Arnie Terminator blown away by an older Terminator (conveniently, it turns out that the Terminator skin and hair ages). This Terminator – whom Connor calls Pops – is essentially an older version of the protective-patriarch Terminator of Terminator 2, but – you see – he always talks in very technical jargon, which makes for some deeply unfunny would-be humorous exchanges with Reese, who keeps asking if there is a switch he can use to turn this dialogue off.

The presiding metaphysic here – a vision of total plasticity, in which nothing is final, everything can be redone – is, like everything else in this film, completely familiar. If the Terminator in the first film – a musclebound humanoid with metallic-robotic skeleton – was an image of work and technology in the Fordist era, then the T1000 gave us our first taste of the forms of capital and labour which were then emerging. No doubt, the T100’s protean capacity to adopt any form whatsoever initially seemed exciting – reflecting the promises of a new digital technologies, and of an unleashed capitalism, recently freed up from conflict with the Soviet empire. 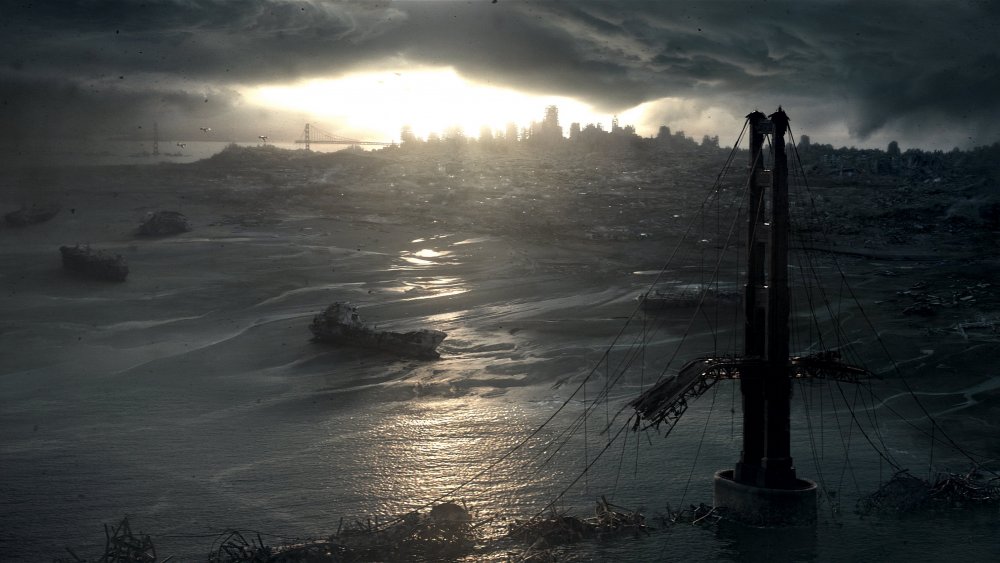 But by 2015 that excitement has long since flatlined. As with so much contemporary culture, Terminator Genisys feels simultaneously self-satisfied and desperate, frenzied and boring. It is at one and the same time a desecration and plundering of the series’ past that is also pathetically reverential towards it. This sense of decadence makes the Batman & Robin parallel inevitable – with Arnie’s Pops uncomfortably recalling his iconically disastrous performance as Mr Freeze. It isn’t only the presence of Matt Smith that makes one think of the smugly baroque narrative excrescences of recent Dr Who.

In the end, however, what Terminator Genisys most resembles is something like a cross between the Back to the Future movies and The Butterfly Effect, but with none of the wit and ingenuity of the former, and little of the grim fatalism of the latter. In fact, it is the film’s absolute refusal of fatalism – its embracing, indeed, of a kind of radically open reality, in which nothing is fixed, everything can be redone – which gives Terminator Genisys its deeply affectless quality. The uncanny charge of the first film’s time loop – in which characters perform, apparently for the first time, acts that in some sense have always-already happened, is dissipated. No time loops here; just fuzzy and flabby spirals, which trail off into inconsequence, and which might very well be incoherent, if you could be bothered to care about them.

But this is the problem – a film whose reality is this plastic, this recomposable, is simply impossible to care about on any level. As such, Terminator Genisys becomes a kind of dumb, unintentional parable about restructuring in late capitalism. Since anything can and will change soon, why bother to care about what is happening now? The whole film feels like a monument to pointless hard work. We’re left somewhat stupefied and perturbed by the vast amount of digital labour that has gone into something that is almost completely devoid of interest, and which it certainly feels like very hard work to watch.

Correction (6 July 2015): This reviewed originally referred to a “Batman Forever parallel”. Arnold Schwarzenegger played Mr Freeze in Batman & Robin, so the reference has been amended.