Kornél Mundruczó’s have-a-go superhero spin on Europe’s refugee crisis gives wings to a Syrian migrant martyred in Hungary, but doesn’t have the wherewithall to make the idea fly.

Hungarian director Kornél Mundruczó returns to Cannes after taking home the Un Certain Regard prize for the canine cautionary tale White God in 2014. Part social satire, part superhero origin story, Jupiter’s Moon finds Mundruczó reshaping the familiar DC/Marvel mythos in his own auteurist image, offering up a musing on faith, the refugee crisis and society’s fear of the Other, mixed into a genre-blend gumbo. White God co-writer Kata Webér’s screenplay cribs its compromised, corrupted characters from noir thrillers, and its political details from the most topical of social-realist dramas, while the film’s VFX-heavy spectacle recalls mainstream Hollywood cinema.

Aryan, a young migrant fleeing Syria for the relative safety of Hungary, is shot down in haste by a trigger-happy cop, only to rise from the dead both figuratively and literally. Unfazed by his bullet wounds, Aryan soars out of immediate danger and into the dubious care of shady, disgraced Doctor Stern – who sees the financial benefit of having a charge who can perform miracles on command, and immediately takes him on his rounds, offering succour and salvation to patients in exchange for an extra fee (“Do you believe in angels?”). It’s a double act straight out of Children of Men or, perhaps more appropriately, pre-millennial Arnold Schwarzenegger vehicle End of Days: the innocent placed under the wing of the fallen and the faithless, finding purpose and redemption against the backdrop of a degraded society.

There’s undeniable potential here: a retelling of Superman with the grit and relevance of European art cinema would be a perfect counterpoint to the slick industrial process that continues to craft the English-language superhero pantheon. But Jupiter’s Moon shows its hand rather too eagerly and, as Aryan’s Hungarian adventure continues, Mundruczó and Webér have little else to add to the form, instead peppering the plot with satirical snapshots of contemporary social ills, including racist thugs, the moneyed upper classes and selfie culture (a common target at Cannes this year). Doctor Stern, after two acts of artful dodger wheeler-dealing, finally comes to a near-religious (if thuddingly trite) conclusion: “We forget to look up.”

Mundruczó has his sights set firmly on Hollywood-scale genre filmmaking, but, either due to lack of funds or vision, his stylistic box of tricks is very limited, and the director is content to show off these few flourishes early and deploy them often. Long, winding, eventful tracking shots of the Emmanuel Lubezki mould crop up constantly, adding quickly-diminishing hyperreal tension to scenes ranging from the refugees’ perilous flight (a powerful sequence that does for migrants what Saving Private Ryan did for Omaha Beach), to simple, mild-simmer thriller-by-numbers dialogue scenes. 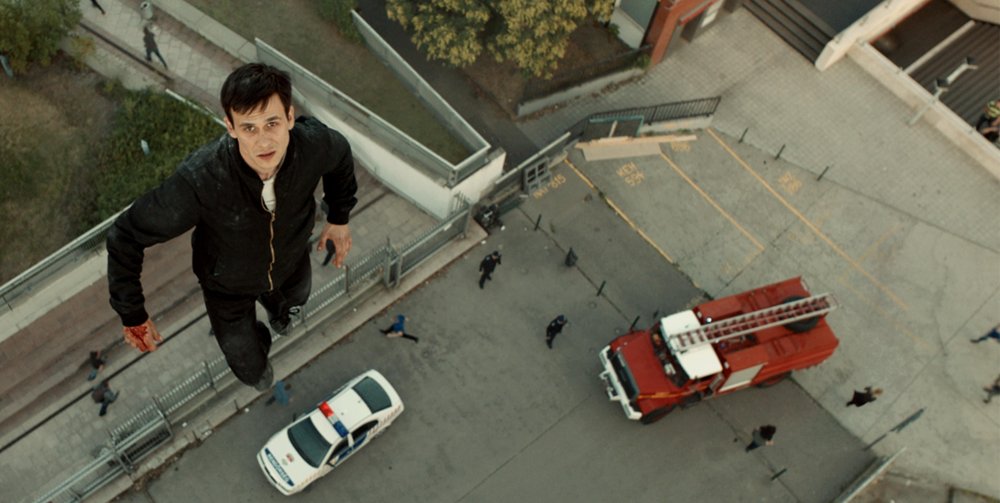 Aryan’s superpowers, a sort of mixture of levitation and localised gravity-control, are framed with graceful, divine camera moves that glide around our hero, providing impossible angles and perspectives. These scenes, while meticulously crafted and often quite effective, are also wholesale lifts from a long list of precursors, from Josh Trank’s Chronicle to Christopher Nolan’s Inception. A recent use of such techniques came just this month, in the promotional music video for Harry Styles’ Sign of the Times, which sees the former One Direction singer showing off eerily similar supernatural abilities to Aryan. What is intended to inspire awe has rarely seemed so generic.