If Beale Street Could Talk review: a thwarted romance in slow-motion

Barry Jenkins’s languorous follow-up to Moonlight is a lovingly observed story of two young people who come together in a hazy 1970s New York, before being torn apart by rough justice. 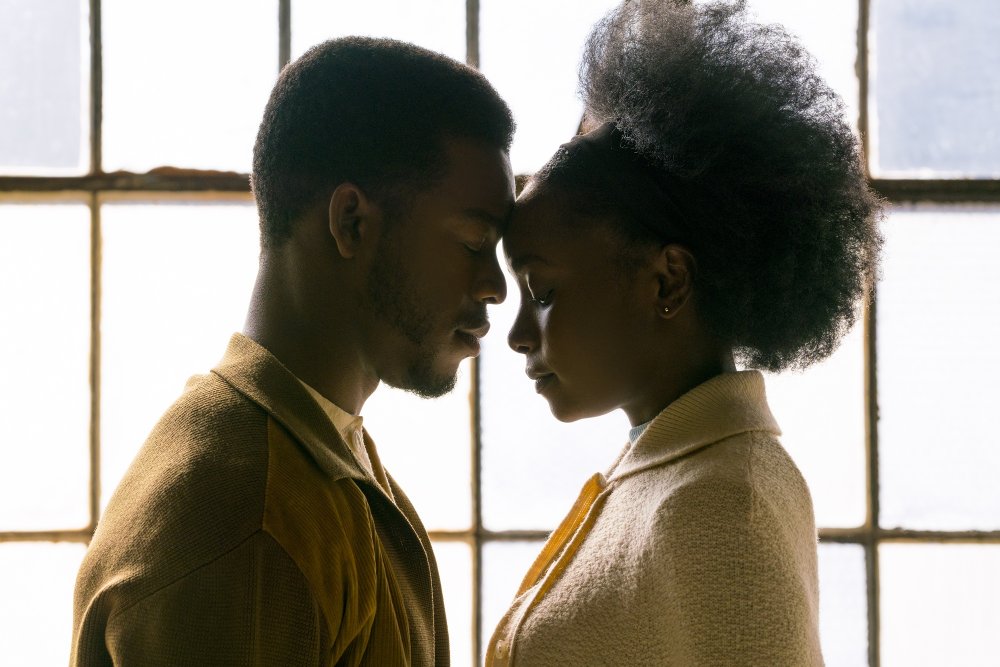 Early on in Barry Jenkins’s If Beale Street Could Talk, there’s a gathering in the Harlem home of the Rivers family that proceeds with an almost hypnotic ceremoniousness, as a bottle of Hennessy is handed down from a high kitchen cabinet to be poured in preparation for the delivery of big news. In the use of long lenses and shallow depth of field, in the precision of gesture and the hushed attention to the minutiae of domestic ritual, the moment resembles nothing so much as the work of one of Jenkins’s avowed models, Hou Hsiao-hsien, and establishes the tempo for the movie to come. If Beale Street Could Talk, Jenkins’s follow-up to Moonlight (2016), has as its engine a suspense plot of sorts, taken from the 1974 source novel by James Baldwin: the struggle to exonerate jailed Fonny Hunt (Stephan James) from a rape charge ginned up by a racist cop and a complicit DA’s office. But it is, almost counter-intuitively, a wilfully slow film, moving at the pace of an amble, a caress, a swirl and sip of that celebratory cognac.

Set in the early 1970s, the movie toggles between two timelines. In the first, Fonny is in jail awaiting trial while his girlfriend Tish Rivers (KiKi Layne), her family and Fonny’s father (Michael Beach) join forces to scrape together the money for a lawyer and try to find the victim who, under pressure, has falsely testified to Fonny’s guilt. The second is the recent-but-all-too-distant period before this, when we see the gradual awakening of feeling between childhood friends Tish and Fonny and the hesitant, delicate beginning of their life together as lovers.

Tish is placed in the privileged position of narrator; and so, since many of the film’s flashback scenes unfold at a slow-motion pace that lends an agonising languor to the crossing of each threshold of growing intimacy, we are perhaps looking at subjective memories of what was for her an incomparably momentous union. But the sense that the past is being filtered through Tish’s point of view is compromised by a scene where she appears only on the fringes of the action: a visit from an old friend (Brian Tyree Henry) during the very time that the crime for which Fonny will be accused was committed – an alibi rendered useless because the friend is an ex-con, and therefore not to be trusted in the eyes of the law. 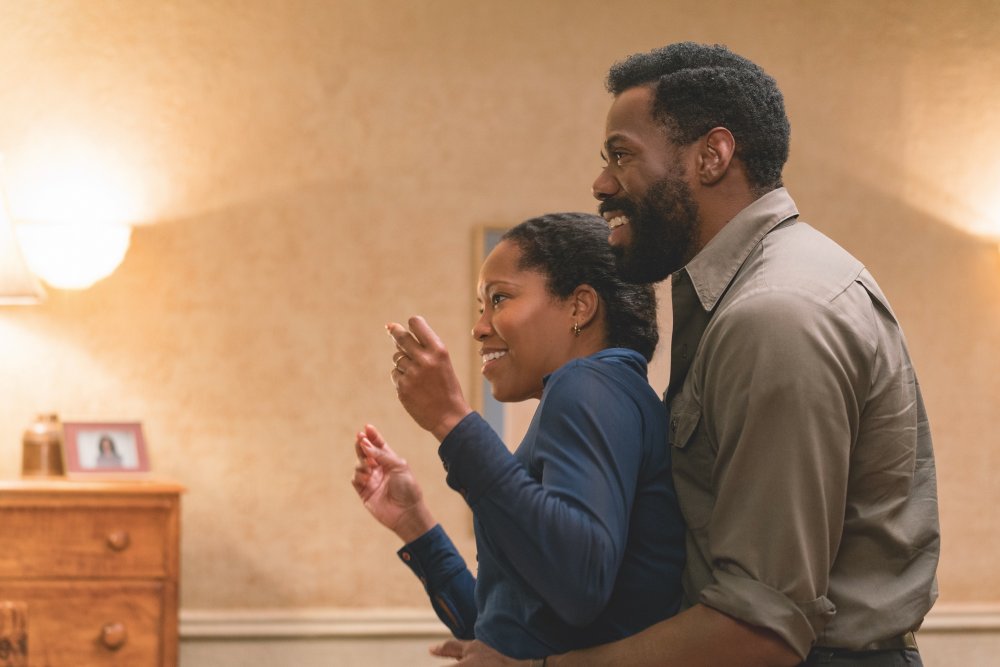 This scene of reunion – set in a subterranean shelter on Bank Street that feels like a surviving corner of Ashcan School New York in the rayon 1970s – proceeds in time with beers drained and Newports sparked, an unhurried shooting-the-shit session that ever so slowly transforms into a confessional. Jenkins has put together a loaded ensemble here, though this is mostly a movie of person-to-person scenes – Tish and Fonny, a barroom conference between their fathers (the latter played by Colman Domingo as the very embodiment of working-class stoicism) – and it goes oddly out of joint whenever he has more characters to work with, as in the overwrought confrontation between the lovers’ families following Tish’s announcement of her pregnancy.

A slap is thrown in this living-room face-off, but violence is otherwise relegated to offscreen space – the whispered-of savagery of the prison yard, say – or the still image. Jenkins’s drama is periodically interrupted by inserts of black-and-white archive photographs, which supply the sense of street life otherwise lacking in this distinctly underpopulated New York City – staccato assertions of a harsh documentary reality in a film that, in colour-coordinated lovers’-idyll scenes such as the opening crane shot following Tish and Fonny’s measured stroll together, might be mistaken for a Ross Hunter melodrama. 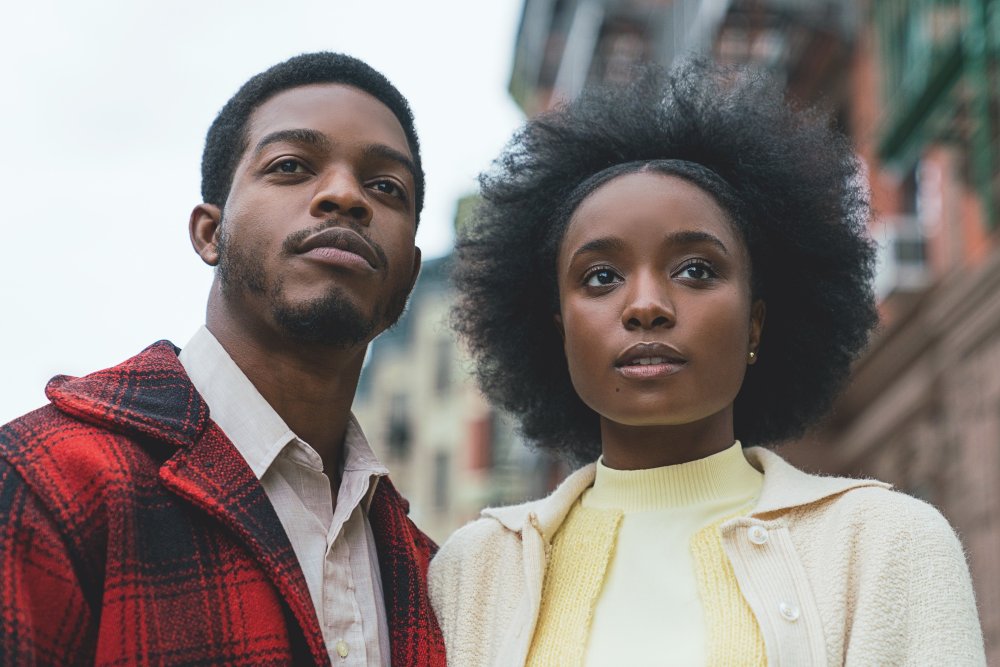 Keeping up its leisurely pace, If Beale Street Could Talk is out of step with the average run of commercial films – but as it proceeds, a tension develops, gears grinding between Jenkins’s steady, stately way of scene-making and the script’s race-against-the-clock imperatives. The film’s slowness pulls both sensuous slink and deep dolour from Tish and Fonny’s story, but the persistent solemnity dampens any suggestion of transporting bliss – there’s laughter but no real mirth, no release.

Jenkins’s film is a compendium of marvellous moments, lovingly observed vignettes of black working-class life, but the unvarying tempo with which they are laid out for the viewer eventually creates a certain monotony. Monotony is not unsuitable for a movie invested in the clock-punching rhythms of working-class life – at times I found myself thinking, curiously, of Peter Yates’s The Friends of Eddie Coyle (1973), though If Beale Street Could Talk is a very different animal, stretched between austere and expressionistic impulses. It makes for fascinating and frustrating viewing, a film of so many affecting, intently observed moments that arrives at a strangely remote, enervating close, leading you to ask yourself if a movie can ever, really, be less than the sum of its parts. 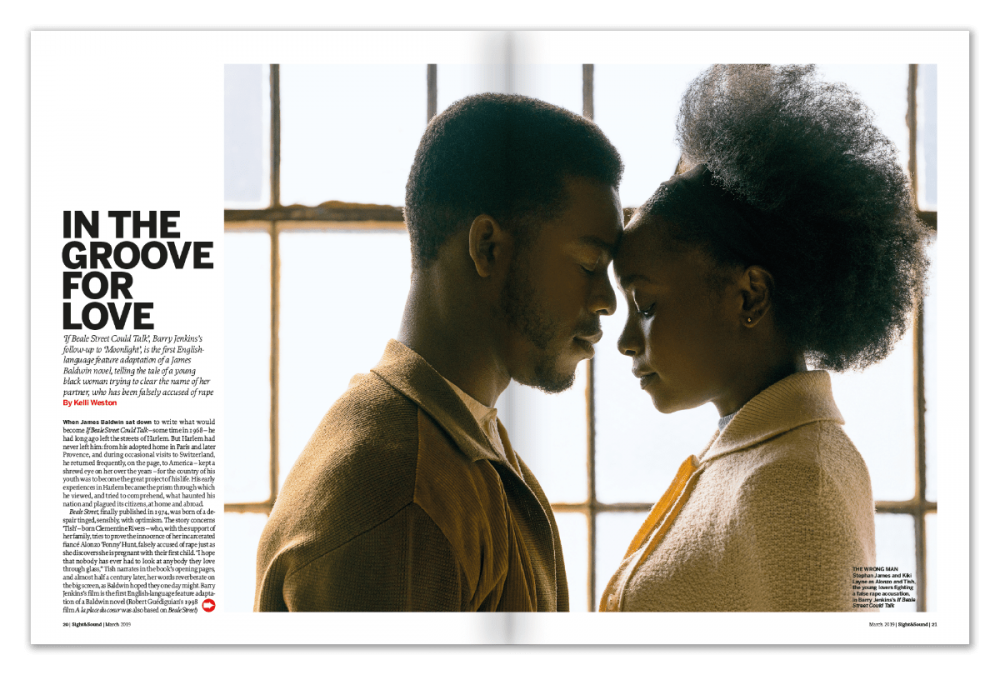 In the groove for love

If Beale Street Could Talk, Barry Jenkins’s follow-up to Moonlight, is the first English-language feature adaptation of a James Baldwin novel, telling the tale of a young black woman trying to clear the name of her partner, who has been falsely accused of rape. By Kelli Weston.

Related to If Beale Street Could Talk review: a thwarted romance in slow-motion