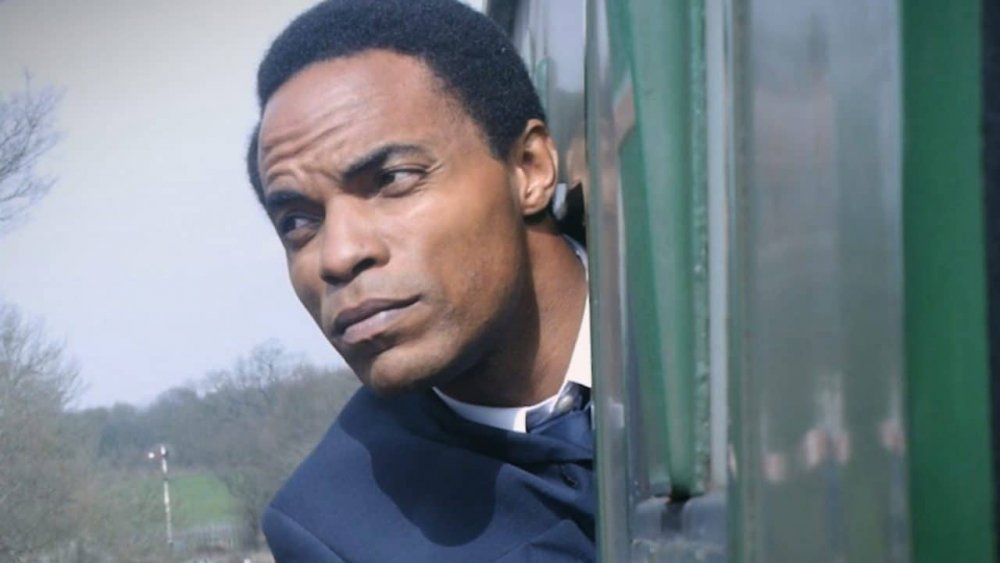 Trinidadian lawyer and war hero Ulric Cross is not a name known to the public, but this engrossing biographical drama-documentary shows how his life and times joined the dots between WWII valour and the tricky post-colonial transition for several new African republics. There’s a little footage of Cross himself, resilient though ailing towards the end of his life – he passed away in 2013 at the age of 96 – but to a great extent this is a reconstruction, scripted for actors, using a wealth of cannily chosen archive footage to fill in the backgrounds. Anglo-Trinidadian filmmaker Frances-Anne Solomon evidently had to work with modest budgetary means, but she deftly integrates newly shot interiors and car and train journeys within the fabric of vintage newsreel in a way that, while not exactly seamless, nevertheless draws us into the reality of these events and Cross’s place in them.

For a bright boy from Trinidad, the coming of the war offered him an escape to Britain – a country that was to provide and thwart opportunities for advancement. With ‘colonials’ apparently not deemed capable of piloting aircraft, Cross worked his way into the cockpit as the navigator on dangerous pathfinder missions, where Mosquito planes flew close to the ground to illuminate targets for following bombers.

Awarded the DSO and DFC, Cross was reputedly the most-decorated West Indian in the force, but even though he passed his bar exams after the war, there was simply no way into the legal profession in Britain for someone from his background. However, myriad factors offered him a way forward, not least his job producing talks for the BBC’s Caribbean radio service.

This brought him into contact with thinkers C.L.R. James and George Padmore, whose Afrocentric work anticipated African independence movements before Ghana become the trailblazer in 1957. Thanks to Padmore’s role in helping President Nkrumah gain power, Cross was to join the new administration, and soon found himself facing hard lessons about the continuing sway of tribal loyalties and former imperial powers who were not about to relinquish their economic interests so easily.

Much of this unfolds via dialogue-driven scenes, but Solomon knows to keep the pace up, and Nickolai Salcedo, playing the younger Cross, has enough screen presence to keep us involved, generating a palpable sense of thwarted idealism as someone who’s been on the frontline against fascism and has a grounding in British legal practice yet finds himself struggling with realpolitik. From Ghana to Cameroon and eventually Tanzania, he sees nationalist dreams floundering, partly for the lack of legal expertise in newly formed regimes, but also because of local power struggles and the activities of imperialist forces for whom Cold War anti-communism makes a convenient cover for nefarious meddling.

The whole process is fascinating in its complexity, and since the struggle of post-colonial transition is a relatively rare cinematic subject matter, it gives the film genuine cachet, even though the narrative structure rather falls away towards the end. Jessica B. Hill doesn’t have much to do as Cross’s daughter Nichola except to look soulfully at family photos, but her presence as keeper of the flame does tie in the real-life footage of Ulric and his white English spouse Ann (whose experiences possibly warrant a film in themselves), even if the notion of her father as inspirational freedom fighter is represented by a catch-all closing montage linking Castro, black power and today’s LGBT activists under a too broad banner of resistance. Still, the title gets it right: Ulric Cross was indeed a hero, and it’s more than worthwhile making his acquaintance.