Neil Marshall’s new stab at putting Mike Mignola’s comic-book demons on screen invokes Arthurian legend wanly – though there is fun in the margins. 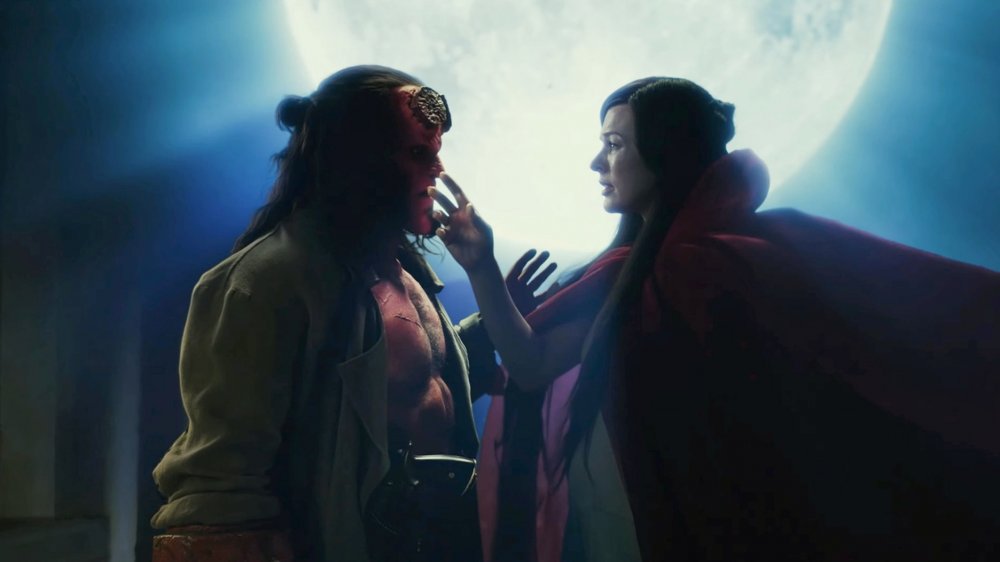 Mike Mignola’s ambitious pulp gothic Hellboy comics universe first came to the screen in Guillermo del Toro’s spirited Hellboy (2004), which featured an ideally cast Ron Perlman as the down-to-earth demon hero. That promising start petered out after the larger-scale, slightly unfocused Hellboy II: The Golden Army (2008) and a couple of animated spin-offs. This new Hellboy – which doesn’t feel the need for a subtitle to differentiate it from del Toro’s film – counts as a soft reboot for the series.

It features a very different take on a key moment in the hero’s career (the death of his mentor/foster father) and crams in a précis of his WWII origin (which involves Nazi magic, Rasputin and Leni Riefenstahl, plus Thomas Haden Church as Nazi hunter Lobster Johnson). In fact, too many characters get narrated précis-flashback origins that interrupt the wonky forward momentum of a familiar run-up-to-an-apocalypse plot. Arguments full of dud, would-be snappy lines in secret bases that feel as if they’ve just been vacated by the Kingsman franchise punctuate big-scale CGI-effects battles, which recall old-school second-unit scenes in that they don’t often involve the principal cast.

Perhaps thanks to the involvement of British genre specialist Neil Marshall as director, the film tackles the Matter of Britain, recruiting seldom-seen Arthurian villainess Nimue as the big bad but sadly not letting Milla Jovovich indulge her penchant for lunatic camp (evidenced by her crazed reading of the role of Milady de Winter in 2011’s The Three Musketeers). With Hellboy revealed as the Excalibur-wielding demon descendent of King Arthur and wading into battle like the protagonists of King Arthur Legend of the Sword and The Kid Who Would Be King, it’s easy to conclude that times that could be construed as Albion’s hour of greatest need (which scarcely needs to be explicated) prompt the culture to look to Arthur to return and save the land. 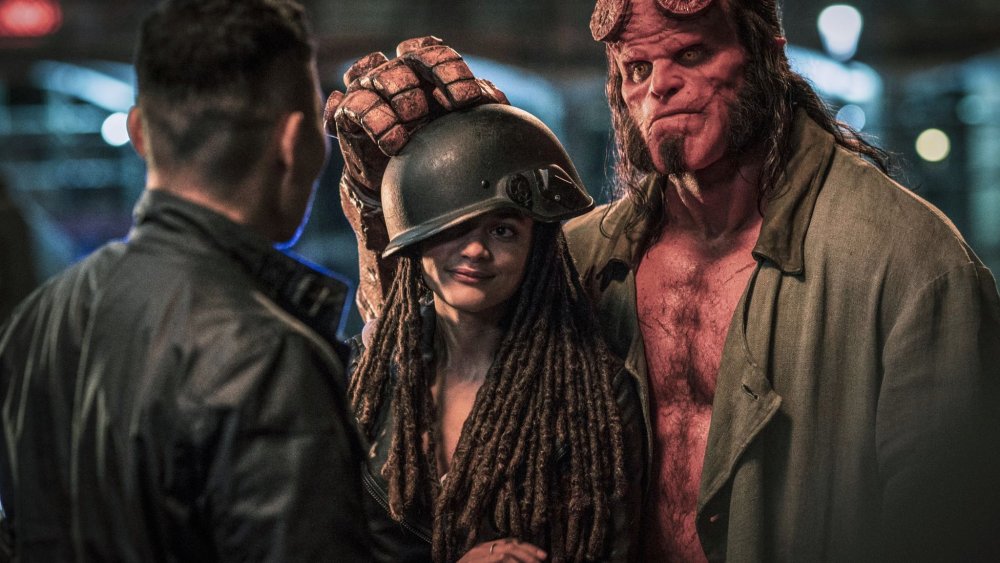 The endurance of the myth is obvious, but the spell seems to be wearing off. All three of these Arthurian efforts set themselves up to kickstart franchises but turn out to be messy one-offs scarcely likely to yield sequels to pick up dangling plot threads on the Marvel-movies model (Hellboy runs to a mid-credits and a post-credits sting).

David Harbour is a decent enough Hellboy, though the film ups the gore quotient while being a little prissy about the hero’s personal habits – heads roll frequently and with a lot of splatter, but Hellboy has ditched his trademark cigars, and the leading lady (Sasha Lane, from American Honey) isn’t a beauty-for-the-beast love interest but a daughter figure.

A film this crowded has to have some pleasures, but they mostly come in incidental details of art direction, mythological footnote or British character acting. Stephen Graham, who voices the boar-headed failed changeling Gruagach, gives this secondary thug so much character that he upstages bigger bads Nimue and Baba Yaga (the Russian witch, positioned as Hellboy’s continuing nemesis in cutaway scenes).

Some of the monster design is terrific, drawing on the wilder stretches of Mignola’s art and not merely imitating del Toro’s style. It might be a nod to Hellboy’s previous auteur that a James Bond-style introductory sequence offers a checklist of Mexican horror obsessions (a masked wrestler vampire), while one of four or five epilogues teases the fish-man Abe Sapien, whose image was refined by del Toro beyond his Hellboy films into the romantic lead of 2017’s The Shape of Water.

Marshall has been working steadily in genre television (Westworld, Game of Thrones, Lost in Space, Hannibal) since his last theatrical outing (Centurion) nearly ten years ago. Though it covers a lot of ground – with punch-ups staged on significant sites of British magic, from Pendle Hill to St Paul’s – this is fairly anonymous, with little of the distinctive grit of Marshall’s strongest works, the squaddies-vs-werewolves movie Dog Soldiers (2002) and the female-skewing survival horror The Descent (2005).