Kasi Lemmons’ long overdue Harriet Tubman biopic focuses on her courageous missions to free slaves from their monstrous captors, but adds a compelling spiritual dimension to the action.

► Harriet is now available to stream on BFI Player and many digital platforms, and on DVD. 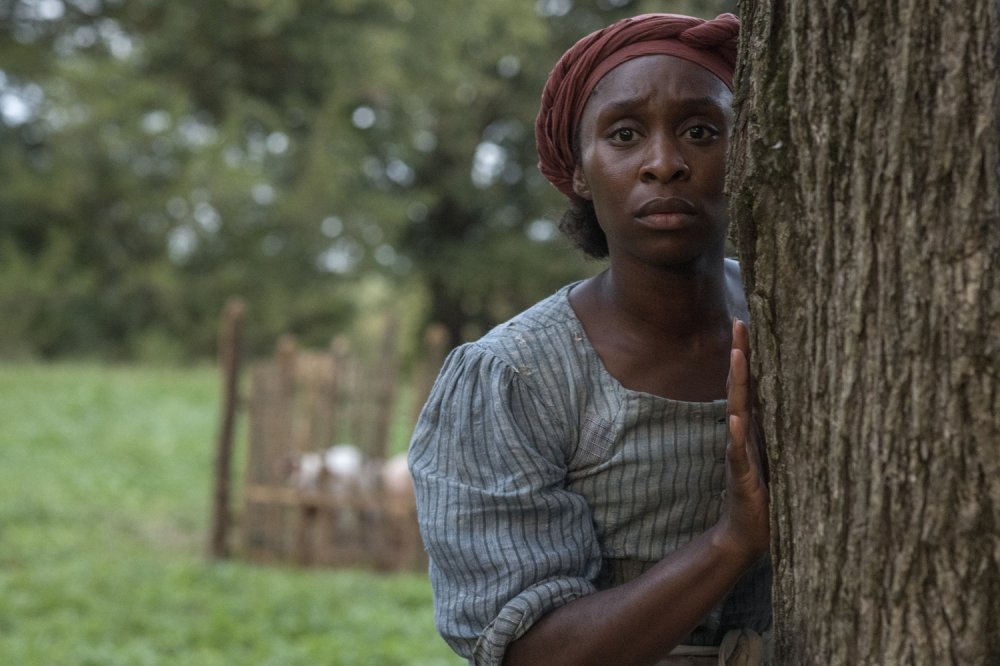 That it’s taken over a century since Harriet Tubman’s death in 1913 for a big-screen biopic to be made about her is almost as astonishing as the facts of her life. Born Araminta Ross into slavery in Maryland in 1822, she left her husband and family in 1849 to make a solo journey of 100 miles to freedom in Philadelphia. Finding refuge with the Pennsylvania Anti-Slavery Society and changing her name to Harriet Tubman, she subsequently carried out several undercover missions back to the South to rescue some 70 slaves. During the Civil War, she served as an armed scout and spy for the Union Army, leading 150 black soldiers in the pivotal Combahee River raid, and remains one of the few women in US history to head an armed expedition. Later in life, she became an activist for women’s suffrage.

These achievements are incredible indeed, and any single one would make for a meaty film. While director and co-writer Kasi Lemmons’ attempts to squeeze them all into one feature makes for something of a rushed climax – Tubman’s Civil War work becomes a hasty postscript, her later-life activism an onscreen caption – she brings depth and detail to the period of Tubman’s emancipation and her efforts to free the slaves she left behind.

The film doesn’t dwell on the abhorrent evils of slavery, though the treatment of these people by their masters – particularly Tubman’s by the young, bloodthirsty Gideon (a coldly menacing Joe Alwyn) – is shown to be systemically inhumane, and the individual stories of the rescued slaves, noted by free African-American activist William Still (Leslie Odom Jr) in his ledger, speak of unthinkable horror. Scars tell their own stories. Instead, the film places its energies almost entirely on its eponymous hero – and that she is a hero can be in no doubt – and her almost superhuman determination to right these heinous wrongs.

As Tubman, Cynthia Erivo skilfully harnesses this primal injustice. In early scenes it’s an unspoken anger, a face set hard against the callous actions of her master. When she reaches freedom, it emerges more forcefully; first in her resolve to ignore William’s warnings and risk her life to bring left-behind slaves to safety, and then in the unwavering strength of her words, which galvanise others to do the same. She has found her voice, and she will no longer be told that she cannot use it.

She also utilises the voice of God, which she believes helps keep her safe and shows her the way, something that gives Lemmons licence to move away from the traditional biopic filmmaking (sweeping cinematography, an evocative gospel-driven score) dominating elsewhere. Tubman’s visions of past and future events, which seem to give her a sixth sense about avoiding danger, are shown in a bleached-out, furious melée. These moments of spirituality, tonally reminiscent of Lemmons’ 1997 Deep South gothic Eve’s Bayou, are in direct contrast to the brutal realism of the rest of the narrative, and give an effective insight into Tubman’s psychology. That Southern landowners nicknamed this unseen emancipator ‘Moses’ is particularly apt.

The screenplay, by Lemmons and Gregory Allen Howard, also looks beyond Tubman to take in the complexities of the broader landscape in which she was operating (and hint at the fact that the issue of racial inequality continues to dominate US life). Tensions between former slaves and those who were born free vibrate in the background; the refusal of some slaves to accept Tubman’s help show that emancipation was not an ambition held by all. In Washington, political decisions seem determined to make African-American lives more treacherous. The path to civil war becomes clearer by the day.