Depicting underworld enterprise from the bottom up, Martin Scorsese’s 1990 mob classic dispensed with The Godfather’s pedigree romanticism to show its American dreamers in all their blinkered baseness, as Tom Milne examined in his original review for our Monthly Film Bulletin.

☞ The Irishman review: De Niro and Scorsese say goodbye to the goodfellas 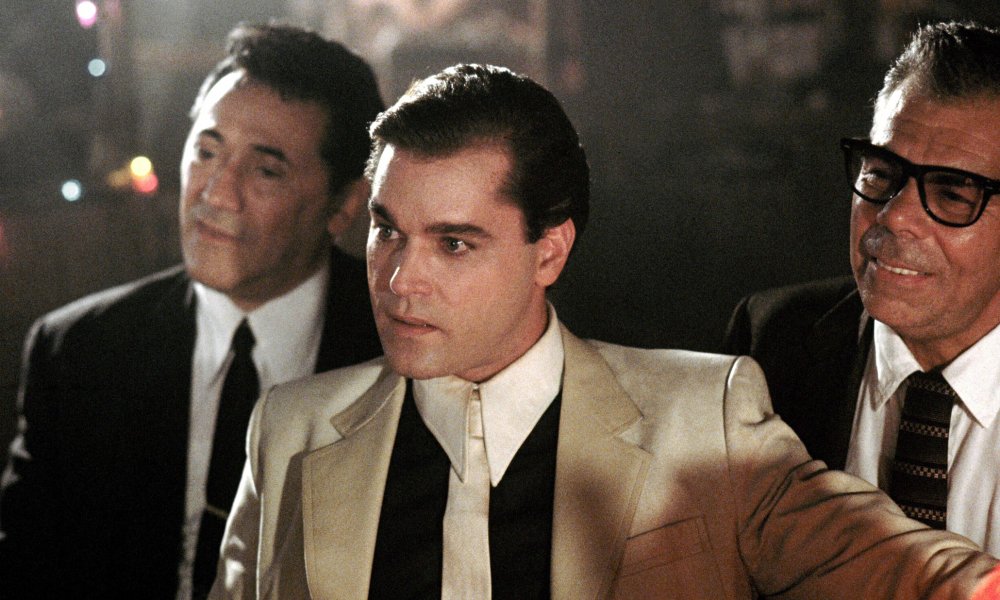 Scorsese’s return to the milieu of Mean Streets invites comparison less with that film than with Coppola’s The Godfather. Where Mean Streets was concerned primarily with questions of environment and ethics, GoodFellas, like The Godfather, analyses the patterns of power. But while The Godfather tried to blueprint the pyramid systematically erected out of carefully sculptured blocks of honour and respect, GoodFellas sets out to explore the profit motive that makes those qualities so eminently desirable. As Scorsese puts it, explaining what attracted him to Nicholas Pileggi’s book Wiseguy (a slice of factual reportage), “What people don’t understand is that a gangster’s job is not to go around killing people. A gangster’s job is to make money.”

GoodFellas (if you exclude a minatory precredits sequence anticipating a later killing) therefore starts in exemplary Horatio Alger fashion, with young Henry Hill contemplating the world of gangsterdom spread out across the street from his front doorstep and finding it good: “To me,” his off-screen narration explains, “being a gangster was even better than being President of the United States.” What we see is an unprepossessing tableau of over-fed, over-dressed but none too hygienic-looking hoods cluttering the sidewalks with their arrogance and loudmouthed bonhomie; what he sees is an intoxicating display of “wealth, power and girth” – people with money to burn, the right to park on fire hydrants without reprisal, the respect that comes from being feared and having an organisation as back-up. Taking his first timid steps in this world and finding the ground solid underfoot, the young Henry Hill is quoted by Pileggi as delightedly discovering that he has come up out of nowhere into a world of wish-fulfilment: “I was part of something. I belonged. I was treated like I was a grown-up. I was living a fantasy.” 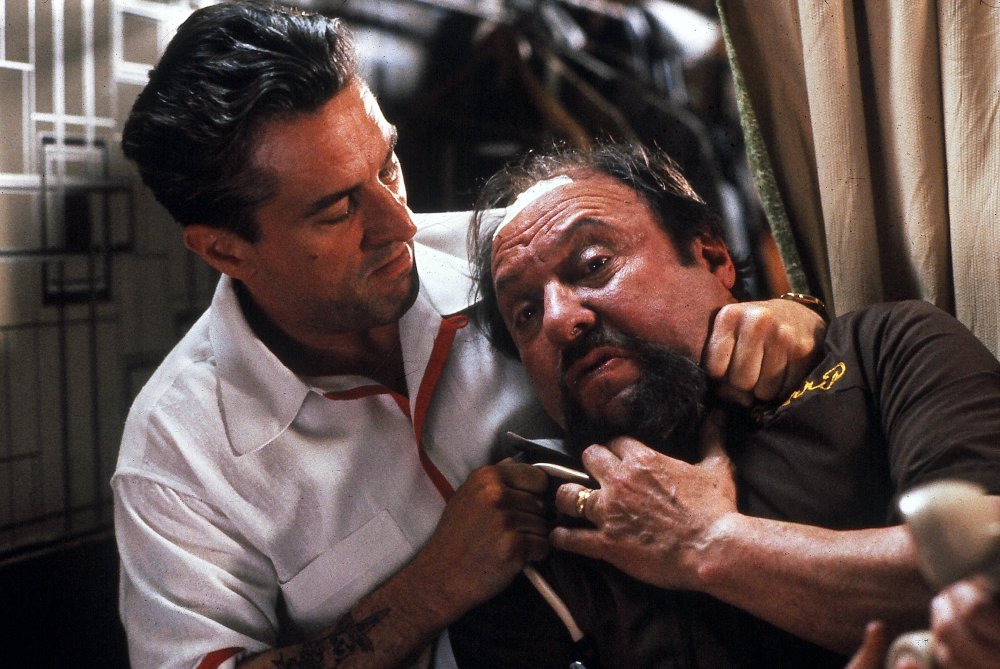 The fantasy, of course, has its tendencies towards nightmare, as the pre-credits sequence intimates with a scene in which Henry, after helping Jimmy Conway and Tommy DeVito to dispose of the body of Billy Batts by stowing it in the boot of their car, watches with aversion but unprotesting as –muffled knocking from the boot indicating that there is yet life in the victim – his companions stop the car and enthusiastically finish the job with carving-knife and gun.

Throughout, Henry’s distaste for bloodshed is carefully noted: as with the murder of Billy Batts, he is the only person present to show concern when Tommy DeVito summarily guns down a kid (Henry’s successor, as it were) he judges to have insulted him. His reaction is not a moral or a squeamish one, however: just after witnessing his first gangland shooting, told off for wasting towels when he tries to stop the victim from bleeding to death, Henry cheerily remarks (in his off-screen commentary), “It was a glorious time.” Rather, it is a pragmatic recognition of the fact that killing is unnecessary, attracts unwelcome attention, and interferes with the serious business of making money.

The real nightmare lying in wait for Henry is that, while obediently obeying the laws of the system, he is simultaneously led to a betrayal of and by that system. Stage one is that, being Irish like Jimmy (despite his Sicilian mother), Henry can never be a ‘made’ man. Henry is content with this, but gets caught in the crossfire when Tommy DeVito, having killed a ‘made’ man, is ceremonially set up for execution on the pretext that he himself is to be ‘made’, thus sending the already unbalanced Jimmy over the edge (partly from personal grief over Tommy, partly from disappointed expectation of having a ‘made’ friend as a close connection). Stage two is that, by the rules of the milieu, dependents are entitled to help and consideration only while their provider is on the street, so that the jailed Henry has no choice but to sell drugs to support his wife and children while they are “on their own”. Caught between personal loyalties and a system that adds up to dog eat dog unless a bigger dog says no, Henry is to all intents and purposes a dead man. 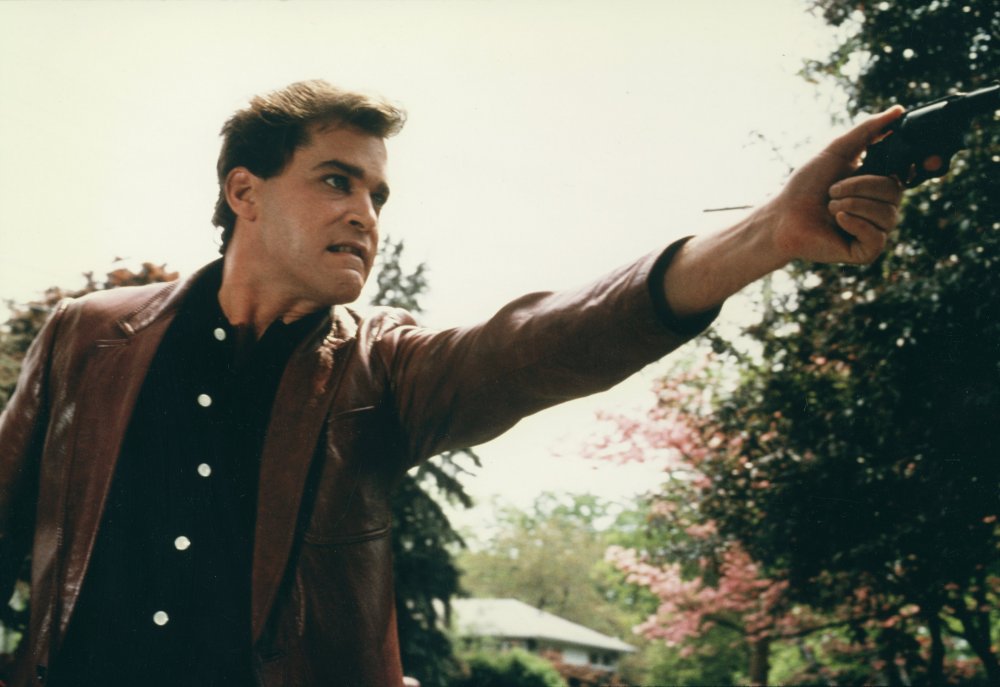 The essential difference between GoodFellas and The Godfather, in fact, is the angle from which the Mafia organisation is viewed.
Where The Godfather examined the pyramid of power from the viewpoint of the pharaohs for whom it is intended, GoodFellas is down with the slaves who tote the bricks, picking up their own lavish rewards while they are so doing. With the exception of the largely benign Paulie Cicero (who may or may not set Henry up for the kill at the end), the Mafia bosses are confined here to noises off, and it is the rank-and-file who have to try to reconcile their impulses (good or bad) with the rules laid down for their social survival. The result is undoubtedly the most realistic appraisal to date of organised crime and how it operates. As Ron Hubbard slyly implies in a throwaway joke in his ten-volume s-f epic Mission Earth – its neo-Mafia boss lady, Babe Corleone, is the widow of none other than “Holy Joe” – The Godfather discredits its analysis of Mafia structures by wallowing in nostalgia, sentimentality and hero worship.

Unconcerned with making excuses or moral judgments (“After a while”, says Karen, echoing the film’s tone, “it didn’t seem like crime, more like Henry was enterprising”), GoodFellas sagely keeps its distance throughout, letting appearances speak for themselves: Paulie Cicero’s godfather is strictly a nothing man; the wedding sequence (same ingredients as in The Godfather, but minus the nostalgic grandeur) emerges as tackily commonplace; the long tracking shot accompanying Henry and Karen as he shows her how ‘in’ he is by taking her into the Copacabana Club through the interminable kitchens and back regions, in fact suggests that his grand entrance is more like a backdoor skulk; and Henry, proudly showing off the splendiferous new apartment in which he has set up his mistress, unveils a monument to ignorance and grotesque bad taste. As a hero, Henry similarly flatters to deceive throughout; handsome, personable, apparently endowed with sensibility and sensitivity, he learns not a thing, is changed not one iota by his experiences, finally disappearing into the Witness Protection Program as though leaving the best of all possible worlds (“I still love the ‘life’ ”). 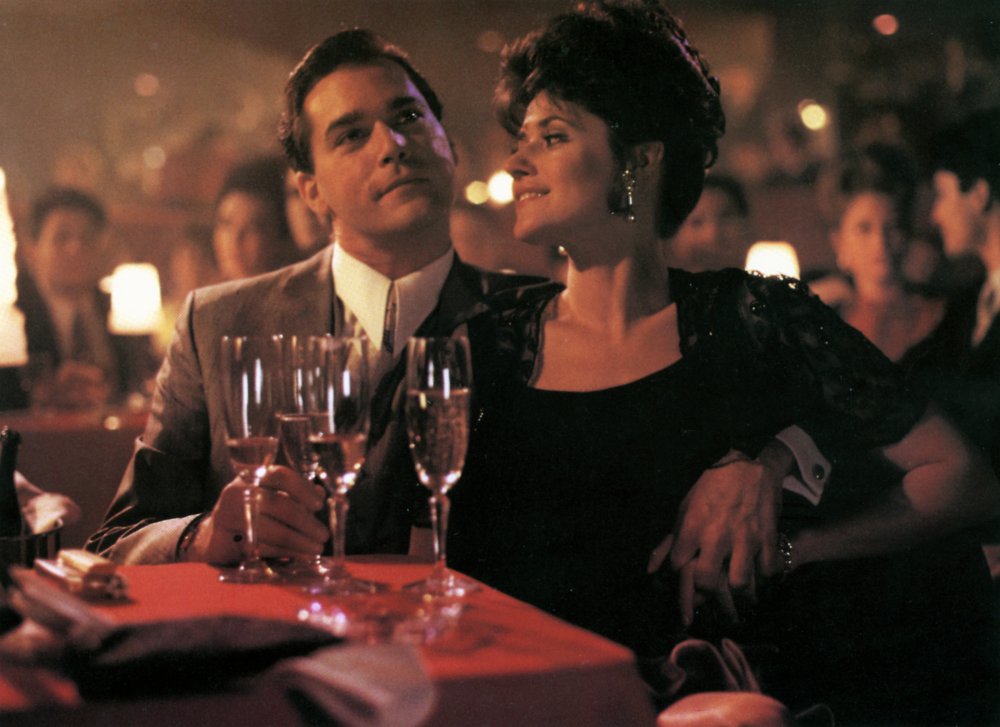 Superbly shot on location, with uniformly fine performances and Scorsese’s direction at its most sinuously muscular, GoodFellas disappoints only in the slightly perfunctory use of Henry’s wife as a second narrator (her comments offer stronger counterpoint in Pileggi’s original) and in the necessary truncation of the book. A remarkably faithful transcription, the adaptation (by Scorsese and Pileggi himself) nevertheless has to skimp in a crucial area, cutting down on the painstakingly detailed descriptions of the ins and outs of the incredible proliferation of organised scams which made Henry Hill and his self-styled fellow wiseguys (why was the title changed?) feel that America was like a neighbourhood department store where they enjoyed unlimited charge accounts. These reservations are minor, though, in a fascinating, intelligent, and in some ways groundbreaking movie.