Film of the week: Silence, Martin Scorsese’s journey through the valley of doubt

With an interiority even stronger than its historical sweep, Scorsese’s epic portrait of the trials and temptations of a Jesuit missionary in seventeenth-century Japan gives us one of the director’s most tortured accounts of spiritual exile. 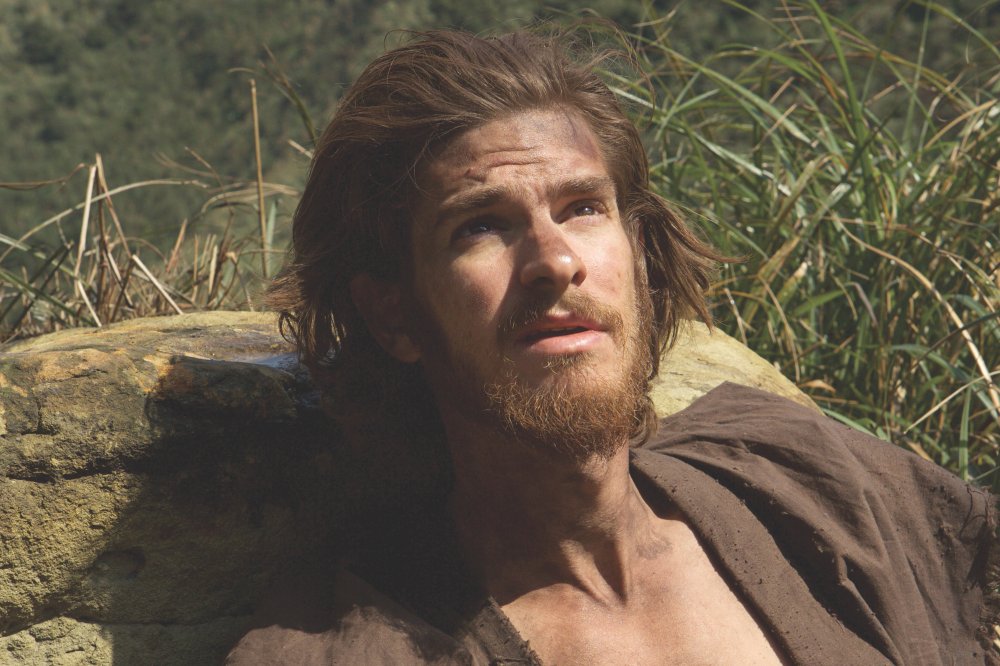 Not a tale of the Christ exactly, Silence is the tale of a man who would be like Christ, or at least is ambitious to merge his own image with that of the Saviour. Martin Scorsese’s adaptation of Endo Shusaku’s most acclaimed novel is the story of a quest for faith and for recovery.

In 1640, Jesuit missionaries Sebastião Rodrigues (Andrew Garfield) and Francisco Garrpe (Adam Driver) set out from Portugal for Japan on a mission to disprove a rumour that their fellow missionary and one-time mentor, Father Ferreira (Liam Neeson), has renounced his Christian faith and taken on a Japanese identity. During the voyage, Rodrigues sees the face of the crucified Christ constantly before him, and hears his injunction to “feed my lambs”. What torments Rodrigues throughout is the silence that answers his every prayer to alleviate the suffering of the lambs.

Much later, hounded in his turn by the authorities, Rodrigues sees that persecuted face shimmering before him again when he drinks from a pool, only now it has become his own ravaged face. In seeking to be like Christ, Rodrigues may also be seeking self-glorification in a martyrdom of his own. But it’s not in fact by becoming Christ-like that Rodrigues finds Christ, but by tracing a path through a figure who would seem to be his opposite – his betrayer Judas. Rodrigues’s passage from conviction through doubt and self-questioning and back to faith is a dialogue he conducts with himself, but simultaneously it is made extrovert through other figures who reflect and distort the process. 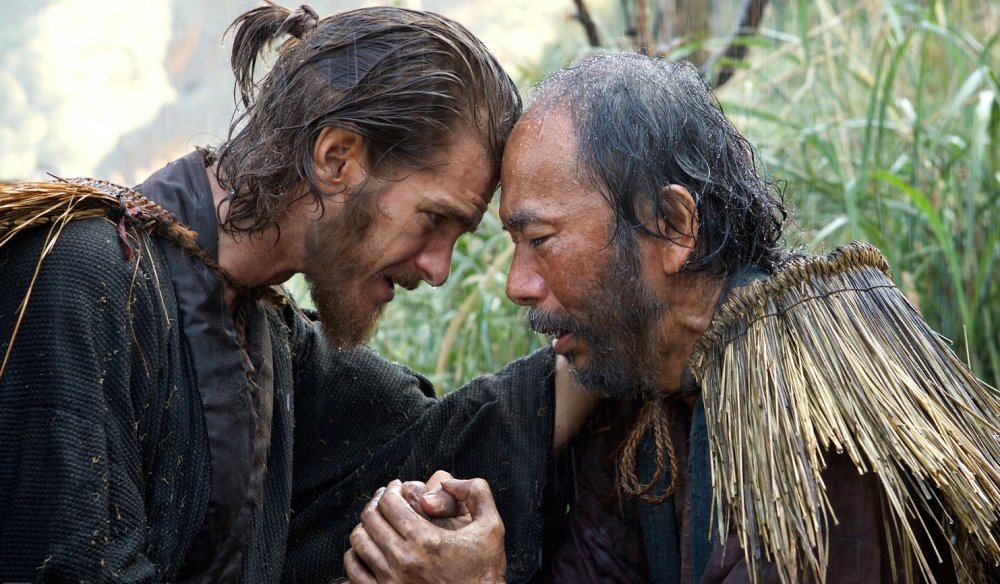 Their distortion becomes a clarification for Rodrigues. Judas, as an essential figure in this process, came into focus for Scorsese in The Last Temptation of Christ (1988), where he was the Zealot who would lead Christ back to his mission, but he was present too as the undermining buddy who was also a responsibility in Mean Streets (1973). Silence is Scorsese’s most expansive historical canvas, but in the tightness with which it plots these torturing relationships that might lead to enlightenment it is his most hermetic, secretively enclosed.

The tightness is even emphasised by the fact that Rodrigues is caught in two relationships – a kind of double doubling – which drive home the same lesson. There is the miserable, scrabbling figure of Kichijiro (Kubozuka Yosuke), given to Rodrigues and Garrpe as a guide on their secretive entry into Japan (Jesuits have been forbidden from the country since 1633). Kichijiro, who is an apostate Christian, becomes Rodrigues’s permanent hanger-on, forever begging to be forgiven for some new lapse or weakness. By the end, Rodrigues can express gratitude rather than contempt that Kichijiro has been one route that has kept him true to his vocation for forgiveness.

And then there is Rodrigues’s kinship with Father Ferreira, whom he eventually meets and who confesses that he did apostatise in order to save Japanese Christians from the punishment of ‘the pit’: being trussed in a body sack and suspended in a hole in the ground, with blood slowly dripping from an incision in the neck. Rodrigues will also eventually be faced with this test – either to hold true to his faith by refusing to perform the ritual of stepping on the fumie (Christian images imprinted on a copper plate) or apostatise to save those in the pit. His humanity compels him to do the latter, but he is left asking himself, as Endo’s novel puts it, “if all this talk about love is not, after all, just an excuse to justify my own weakness… I wonder if there is any difference between Kichijiro and myself.” 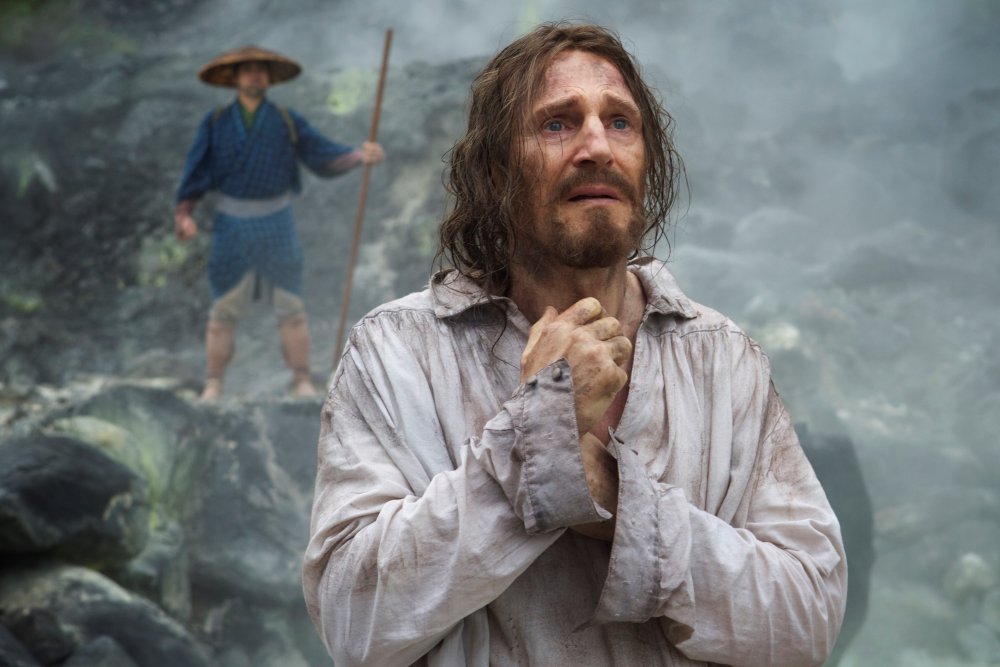 “Lord, I have fought against your silence,” says a despairing Rodrigues as he listens to the moaning of Christians whose torture he could end by trampling on the fumie. In the end he does respond to the ‘voice’ within this silence, a voice that tells him, “I fought alongside you, I was never silent,” and instructs him to tread on the images. Endo’s Rodrigues asserts because of this that “my Lord is different from the God that is preached in the churches”.

The last decades of Rodrigues’s life are spent in the service of the Japanese religious authorities. He lives in domestic silence and security, his existence vouchsafed by the Japanese family he has inherited from an executed man. (Later, when he is cremated according to Buddhist rites, the crudely carved crucifix given to him by a villager still lies hidden within his robes.) Like many a Scorsese hero, he must lead a divided life – this one within a witness-protection programme of the soul – that may or may not mean he is lost to God. 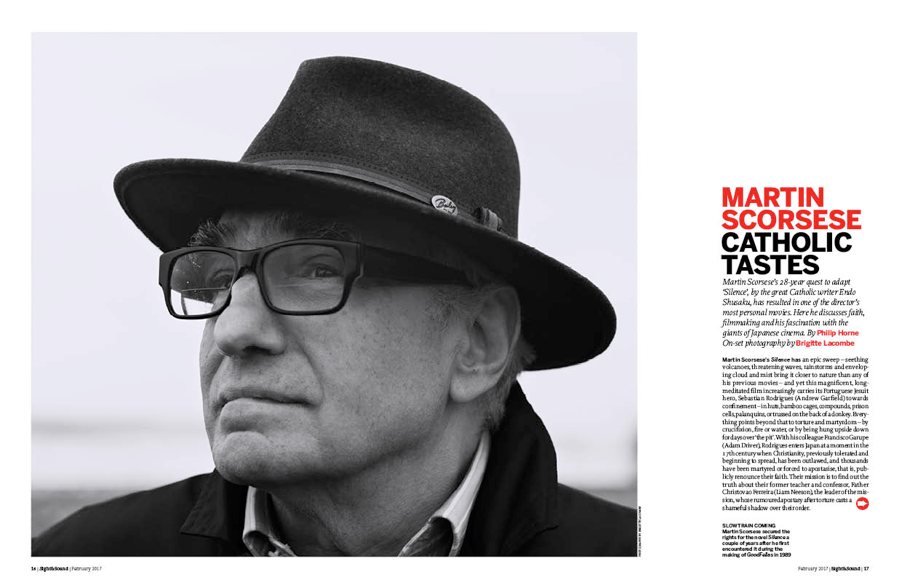 Martin Scorsese’s 28-year quest to adapt Silence, by the great Catholic writer Endo Shusaku, has resulted in one of the director’s most personal movies. Here he discusses faith, filmmaking and his fascination with the giants of Japanese cinema. By Philip Horne, with on-set photography by Brigitte Lacombe. 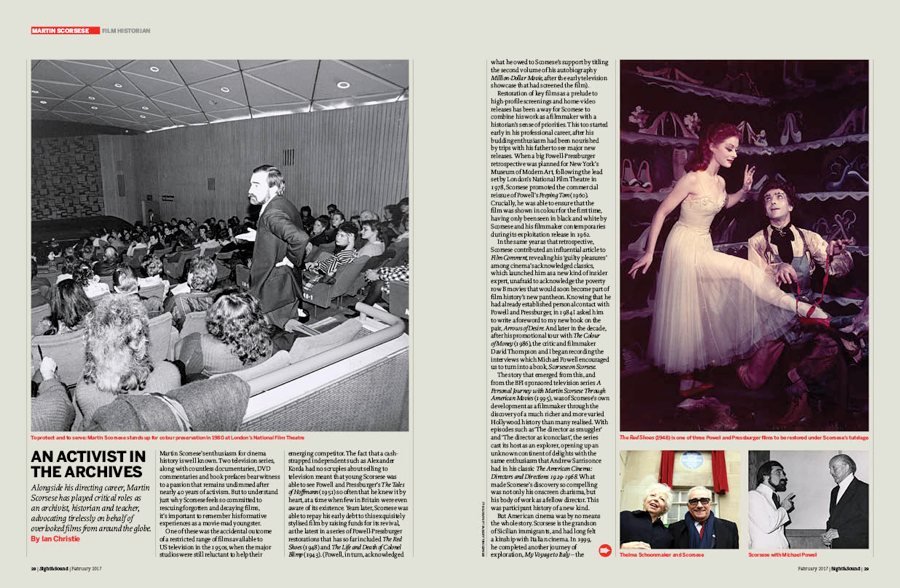 An activist in the archives

Alongside his directing career, Martin Scorsese has played critical roles as an archivist, historian and teacher, advocating tirelessly on behalf of overlooked films from around the globe. By Ian Christie. 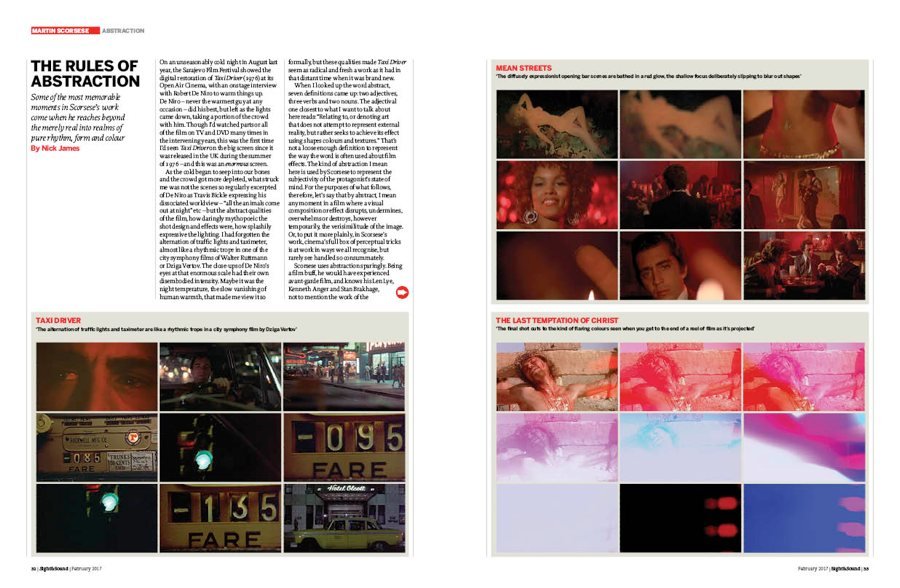 The rules of abstraction

Some of the most memorable moments in Scorsese’s work come when he reaches beyond the merely real into realms of pure rhythm, form and colour. By Nick James.

Related to Film of the week: Silence, Martin Scorsese’s journey through the valley of doubt