The latest from the director of The Return and The Banishment plays out a drama of crushing local tyranny in Russia’s arctic north with masterly power. 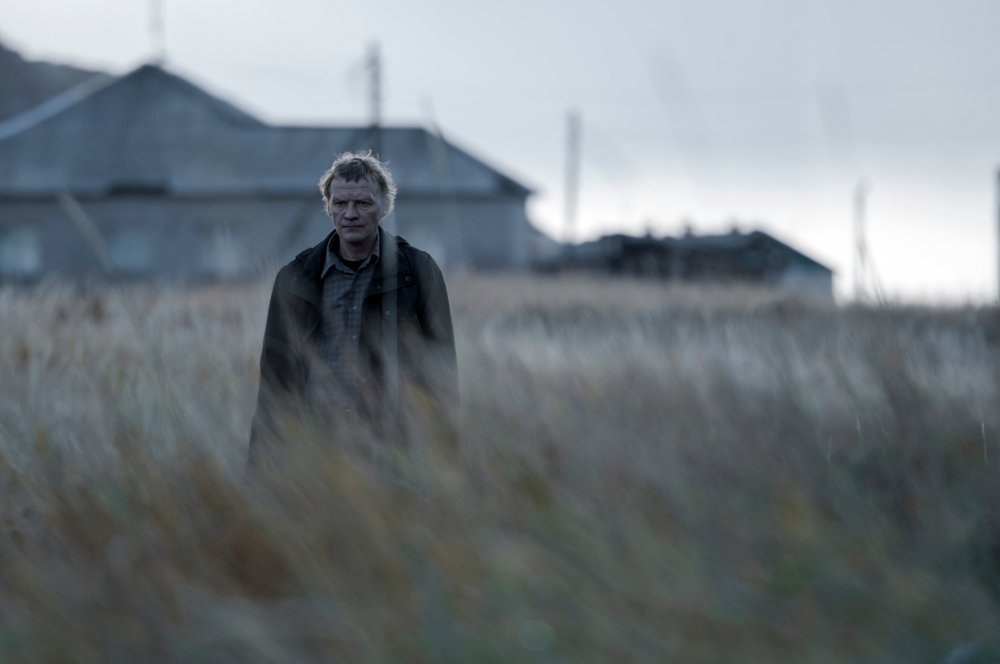 A journey by car in an Andrey Zvyagintsev film is typically something to be dreaded. His masterful 2003 debut The Return hinges on a long and traumatic road trip; its 2007 follow-up The Banishment opens with a vehicle being driven in haste by a man who is in the process of losing an awful lot of blood.

No one could be blamed, then, for fearing the worst in his latest picture, Leviathan. After shots of waves lashing rocks under the gaze of a mountainous landscape, we see a man, Kolia, driving through the grey light to collect his friend Dmitri from the train station.

Later there will indeed be a suspenseful car journey, but for now any tension is restricted to legal matters: Dmitri is a Moscow lawyer preparing to fight Kolia’s corner against the corrupt mayor, Vadim. The latter is trying to snatch from Kolia the coastal plot on which he has built the house where he lives with his wife and child. Over the subsequent 140 minutes, the class tensions of Zvyagintsev’s Elena (2011) combine with the domestic angst of The Banishment to produce a film that is more troubling and ambitiously scaled than either.

If the biblical connotations of the title suggest drama of the highfalutin variety, the perspective offers a worm’s-eye view. From the grimly hilarious court appeal, in which the particulars are read by a judge in a one-take breakneck monologue that leaves no room for breath, let alone interjection, there is never any likelihood that Kolia will triumph against the system. (The movie may be bleak but it is also surprisingly abundant and nuanced in its use of humour.) That title, after all, refers not only to the whales glimpsed in the Barents Sea – or to their cavernous skeletons, among which Kolia’s son wanders. It applies also (as it does in Thomas Hobbes’s 1651 book of the same name, alluded to in the film) to the monstrous forces of government against which men such as Kolia, compared specifically by the town priest to Job, can only offer stoical resignation. 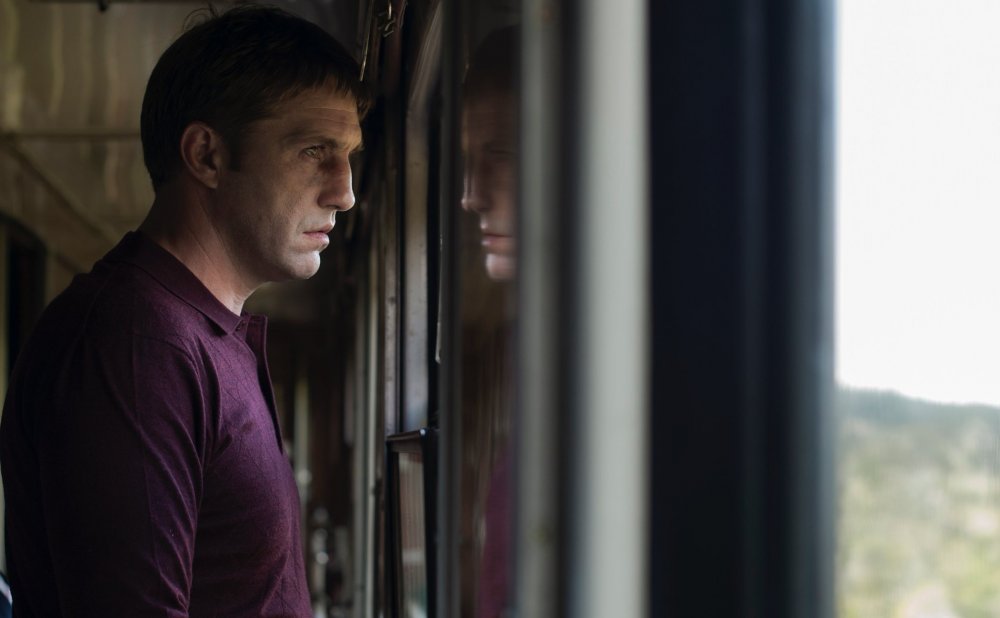 The pleasure of the film lies in its forensic skill at unpicking the intersecting layers of governmental corruption and calumny that doom the working class from the outset. There would be no mistaking Zvyagintsev’s hitherto opaque political allegiances, even if one only had the target-practice scene to go on. Having exhausted their supply of empty beer bottles, a shooting party turns to framed portraits of Russian leaders. Vladimir Putin is conspicuous by his absence. “It’s too early for the current ones,” says the policeman leading the shoot. “Let them ripen on the walls.” But a scene in which Putin’s image watches sinisterly over an exchange between Vadim and Dmitri, not to mention a later glimpse on a television screen of the words ‘Pussy Riot’, leave no doubt as to the filmmaker’s sympathies.

Kolia may ask, pleadingly, “Why, Lord?” during a moment of suffering, but religion offers neither answers nor hope. Indeed, it is a priest who expressly persuades Vadim to stick to his guns in the land dispute and to regard his own power as synonymous with the divine one.

Mapping this corroded moral structure in script form is something at which Zvyagintsev and his co-writer Oleg Negin excel. They may resort at times, both here and in The Banishment, to the use of the wife figure as a repository for pain rather than a character in her own right. But it would be churlish to dispute the crushing logic, the symbiotic inevitability, that underpins every plot-point, however minor.

Zvyagintsev’s talents extend far beyond that. What makes him an artist rather than simply a craftsman is his ability to express in visual and aural terms the themes and tensions that drive the narrative. Philip Glass’s music is imposing enough, even without knowing that it has been transplanted from his 1983 opera Akhnaten, which explored power and religion through the story of the pharaoh who pioneered monotheism.

Coupled with the dusky cinematography of Mikhail Krichman, the effect is at once breathtaking and oppressive. The majority of the picture, whether interior or exterior, has been lit and shot to create pools of darkness in the foreground (in some scenes, the actors are reduced almost to silhouettes). Illumination does exist in this world – the mountains in the distance are often streaked with sunlight. In common with hope and comprehension, that illumination lies stranded forever in the distance, frustratingly beyond the reach of Kolia and his woebegone countrymen. 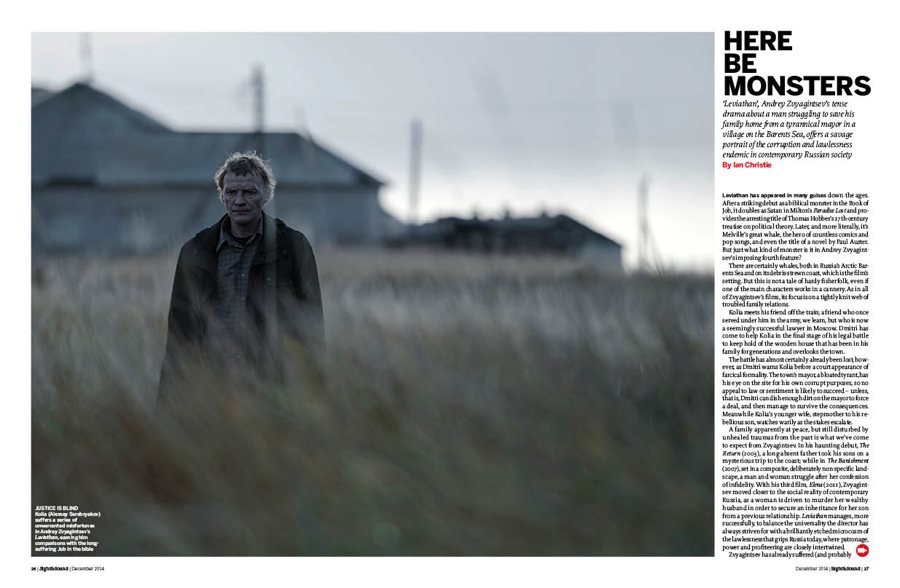 Leviathan, Andriy Zvyagintsev’s tense drama about a man struggling to save his family home from a tyrannical mayor in a village on the Barents Sea, offers a savage portrait of the corruption and lawlessness endemic in contemporary Russian society. By Ian Christie.