Film of the week: Computer Chess

Andrew Bujalski trips back to the 1980s, before we were socially networked. 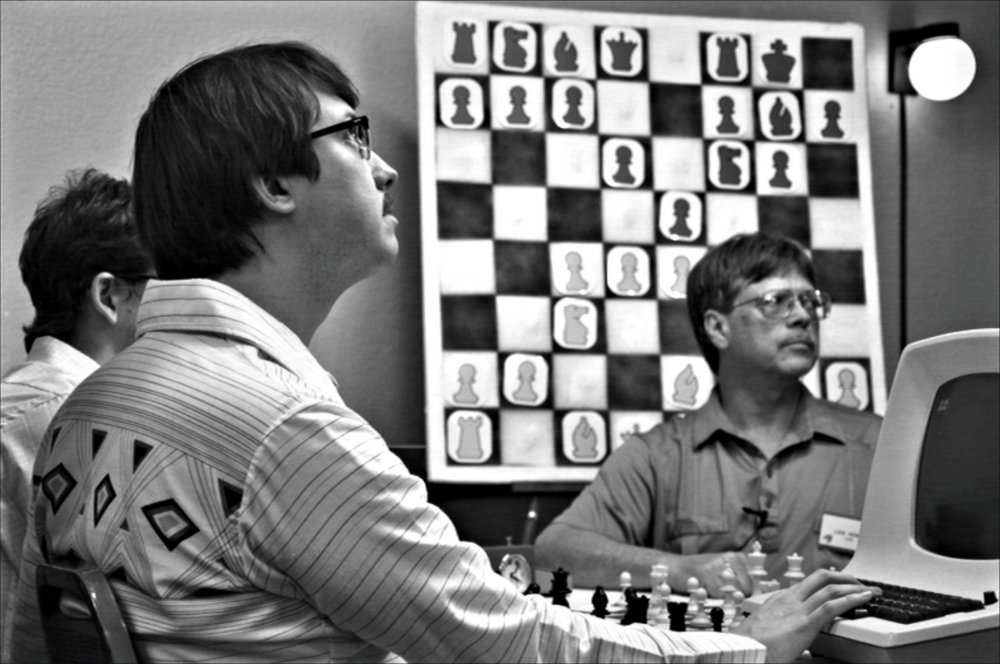 “Just here to see the end of the world,” says John (Jim Lewis), cheerily explaining why he is attending a computer chess tournament in a nondescript American hotel even though he and his drug-dealing buddy Freddy (Freddy Martinez) have nothing to do with computers.

A reference to the approach of 1984 lends an Orwellian sense of both impending doom and a future unrealised. This was also the year that saw the release of Jeff Kanew’s Revenge of the Nerds and James Cameron’s The Terminator, films which, in an oblique way, Computer Chess draws on in its mannered pitting of nerdish man (and one woman) against machine during a competition that is contributing, unassumingly, to the birth of the networked world to come.

Andrew Bujalski, writer/director of Funny Ha Ha (2002), Mutual Appreciation (2005) and Beeswax (2009), here modifies mumblecore to mumblecode, taking us back to a time when computers (as we know them) were in an embryonic state, geeks were still off the mainstream grid and apocalyptic changes in the industry were just around the corner. Chess expert Pat Henderson (Gerald Peary, film critic for the Boston Phoenix), who presides as grandmaster of ceremonies and will challenge whichever program wins to a final tournament, opens the event with a story about ‘the Turk’, the first ever chess-playing machine: it defeated, among others, Benjamin Franklin (in 1783) and Napoleon Bonaparte (in 1809), even though all along a man hidden inside the clockwork device was making the winning moves.

The anecdote is an apt introduction for a film in which some of the programmers (many played by genuine tech heads) seem less than human – and therefore all the more human – while some of the computers display moods (or should that be modes?) that come across as decidedly unmachinelike. For here the warts-and-all character of the designers is replicated in the computers: TSAR 3.0’s propensity to keep ‘committing suicide’ seems merely to match its catatonically lugubrious student programmer Peter Bishton (Patrick Riester), while the mercurial gambits of CHECKERS echo the unpredictable movements of its maverick programmer Michael Papageorge (Myles Paige). Meanwhile another programmer, Luke (Bert Herigstad), identifies completely with his computer (“It’s all me, LUKE Version 1. There’s only Version 1”). If their obsessiveness and eccentricity at first generate a cringe-inducing, nostalgia-tinged comedy of manners, soon the laughs give way to a more mysterious surrealism, as paranoia sets in, as an infestation of cats (that staple of today’s internet) takes over the hotel’s interiors, as a computer appears to evolve a nascent consciousness, and as humans start exposing their own inner circuitry. 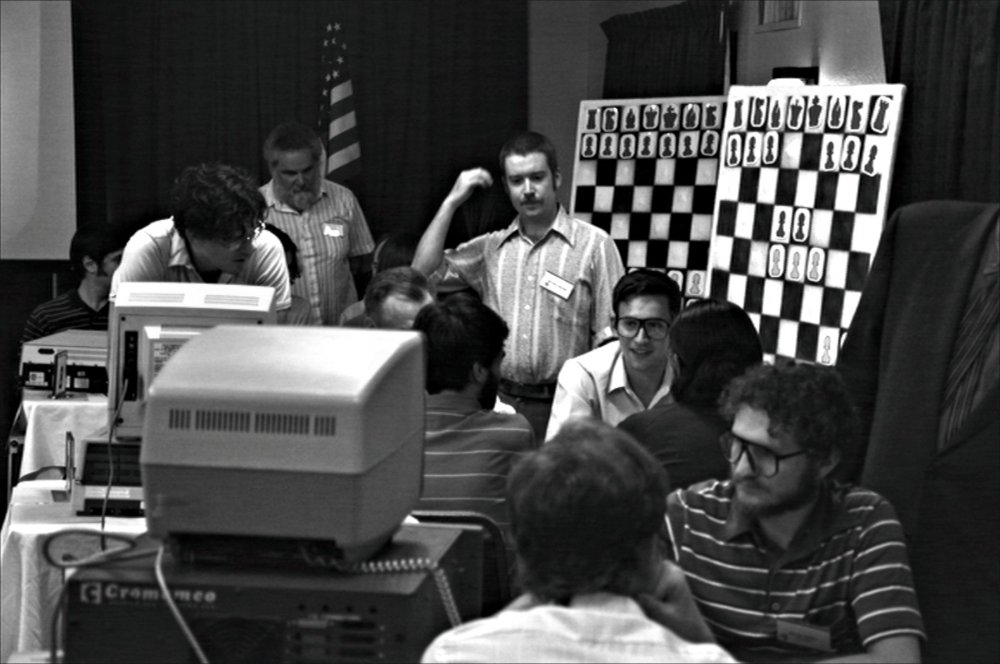 Shot (but for one glitchy sequence) in black-and-white on an outdated Sony AVC-3260 tube camera and in 4:3 aspect ratio, Computer Chess looks as amiably clunky as the early computers it celebrates. If the singularity – the moment when artificial intelligence exceeds and merges with its human counterpart – is what these pioneering programmers are seeking, then in its way Bujalski’s filmmaking aims for its visual analogue.

In one scene, the state of confusion induced in an exhausted Bishton as he listens to the technical explanations of his teacher Tom Schoesser (Gordon Kindlmann) is expressed by jumpy, disorienting edits, while in another the circuit of insolvency and overmothering in which Papageorge has become caught is represented by a coloured loop of repeating footage (with a voiceover describing a computer error). If the cameraman (Kevin Bewersdorf) documenting the competition finally, despite warnings, points his Sony Portapak towards the sun, burning out the image that he records (and that we see), this mirrors the Icarus-like hubris of these computer geeks, soaring imperfectly (and overstretching their equipment) to forge the tomorrow that is our today.

As these academic researchers, corporate drones and oddball independents are forced to share the hotel with a touchy-feely couples’ therapy group, they too find themselves struggling to break free of limited mindsets and be reborn. Meanwhile the hotel itself takes on the labyrinthine aspect of Resnais’s Marienbad – a place where games are played, traps are set and escape seems all but impossible. The code for the future has already been written – and as Bujalski seeks to discover who we are and where we come from (not just as wired-in 21st-century users but as human beings), it’s checkmate in 12 hilariously unorthodox moves.