Film of the week: Blue Jasmine

Woody Allen makes fumbling contact with contemporary hard times – and pulls out the tragi-comic stops with his best ensemble cast in years. 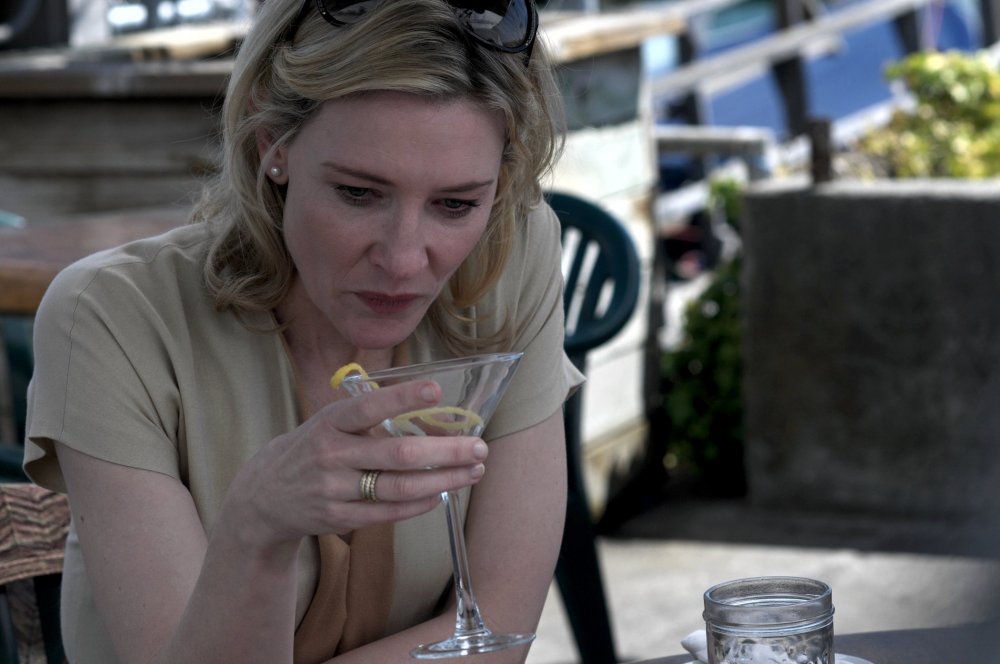 Woody Allen’s Blue Jasmine begins with a plane’s ascent, and a comedown. On board, a well-turned-out if brittle and over-talkative fortysomething woman, Jasmine (Cate Blanchett), recounts the story of her perfect marriage to a masculine paragon named Hal, who Once Upon a Time seduced her to the tune of ‘Blue Moon’, pulled her out of Boston University and put her on a pedestal. Hal’s gone now, and Jasmine is coming to San Francisco to start a new life.

She tells this to an older woman in the adjacent seat; the intimacy is such that we assume the woman is Jasmine’s travelling companion, perhaps in her employ – although when they reach the luggage carousel it’s evident that the woman was a complete stranger, a captive audience seized upon by the needy, nattering Jasmine. On the ground, the woman escapes to her rendezvous with relief: “She couldn’t stop babbling about her life.”

When Jasmine shows up on her sister’s doorstep in San Francisco’s more ragged precincts, her genteel pretensions are betrayed. Such dislocations between representation and reality put a viewer on guard about Allen’s heroine. When, in the first of the flashbacks that stripe the narrative, you see Jasmine and Hal (Alec Baldwin) in happier times, him presenting her with a new home, you brace for another rug-pull. Baldwin plays the scene a bit too broadly, and there’s a sense that something’s off here. Is this the elaborate fantasy of an overactive, neurotic imagination? Was there ever a Hal? Did this ever really happen at all?

Well, yes and no. There were beautiful houses, French wallpaper and summers on the Long Island Sound, and those honeyed words were said – but they were lies, and the houses were made of cards, paid for through Hal’s Bernie Madoff-like Ponzi scheme, finally exposed. Installed with sister Ginger and fuelled by Xanax, Stoli martinis and boundless self-pity, Jasmine describes her social descent. The bright, sparrow-like openness of sister Ginger, played by Sally Hawkins, contrasts with Blanchett’s permanent WASP recoil – the way she makes having to “take a place in Brooklyn” sound tantamount to purgatory.

The reference is a little dated. While the borough, in the popular imagination, remains a haven for working-class bums like The Honeymooners’ Ralph Kramden, the average rent has reached $3,000 a month and is climbing.

Allen is a Brooklyn boy himself, from humble beginnings – although this was in the years just before the Second World War, and his understanding of the presently beleaguered American working class belongs to this period. Allen associates blue-collar identity with dumb nicknames and boxing matches and brutishly wearing undershirts (see Danny Aiello’s Monk in The Purple Rose of Cairo). Much of the dialogue here plays like a parody of Clifford Odets – and indeed, Allen parodied the social-realist theatre associated with Odets in 1994’s Bullets over Broadway. “You’re a grease monkey and I’ll be bagging groceries all my life!” shrieks Ginger. “She’s coo-coo, baby!” returns Chili, her mechanic boyfriend, played by Bobby Cannavale. 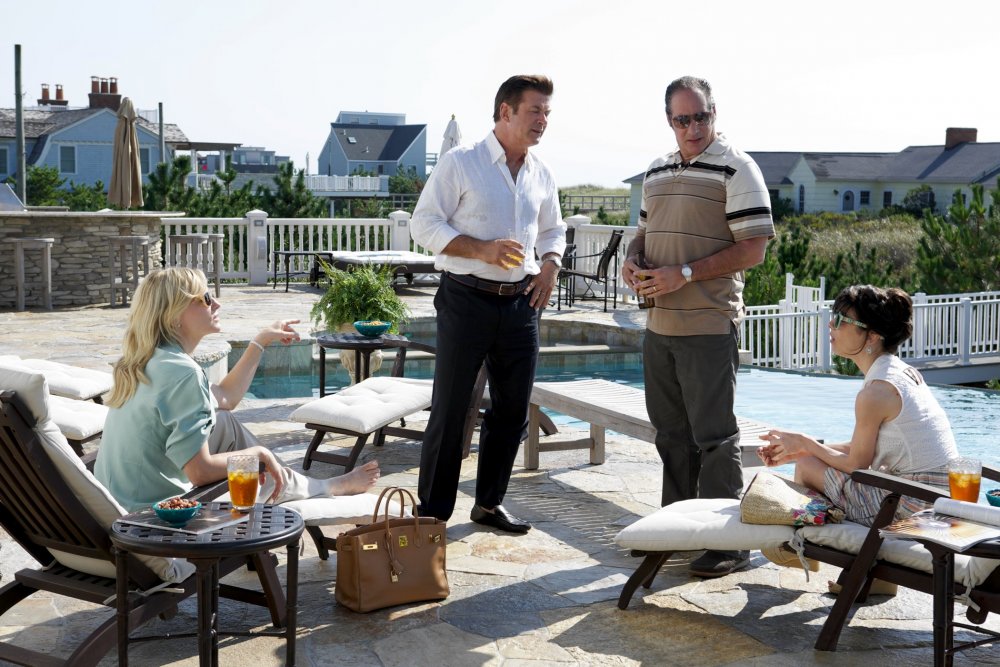 While one can forgive the note of stage-speech in the flashback scenes (“Jasmine, your country-house is so beautiful!”), which are meant after all to show a world where appearance is everything, the 30s-vintage proletarian is an odd fit in a movie addressed to very contemporary hard times. When Cannavale is called on to rampage drunkenly through the apartment doing his best bull-in-a-china-shop Brando impression, most viewers will think not of Odets but of Tennessee Williams. The parallel is only strengthened by the fact that Blanchett, tremblingly performing a balancing act of keeping up appearances, recently played Blanche DuBois in a well-received production of A Streetcar Named Desire in New York and Sydney, directed by Liv Ullmann, one-time collaborator and muse of Allen’s venerated idol Ingmar Bergman.

This is Allen’s first Williams cover, though he has ‘done’ Bergman several times, beginning with 1978’s Interiors, in which Geraldine Page, another Williams belle, became unhinged upon separation from her husband. Allen has ‘done’ Fellini, too, and Blue Jasmine’s case-study flashbacks, matching the rise and fall of Jasmine’s marriage to the slow, inevitable recurrence of breakdown, are certainly a hallmark of that psychoanalysis-influenced arthouse generation. It’s handled rather deftly – though the fact of Hal’s suicide, while explaining Jasmine’s insuperable burden of guilt, strikes a false note: it’s impossible to imagine Baldwin’s preening egotist actually doing himself harm.

Allen is too often content to settle for sketch rather than detail – a friend once called his films “first-draft cinema” – but there is nevertheless something moving about seeing the director stir himself from his senescent uptown slumber to try to make contact with the contemporary world. Moreover, Blue Jasmine brings together the best ensemble of any Allen film in recent memory, eschewing the usual method of pulling up a list of hot actors with a gap in their schedules who “are dying to work with Woody”. The redoubtable Michael Stuhlbarg plays a dentist whom Jasmine starts working for, and when he tries to force his attentions on the horrified (and rather taller) Jasmine, the film manages the uneasy combination of tragedy and farce that has lately evaded its director. 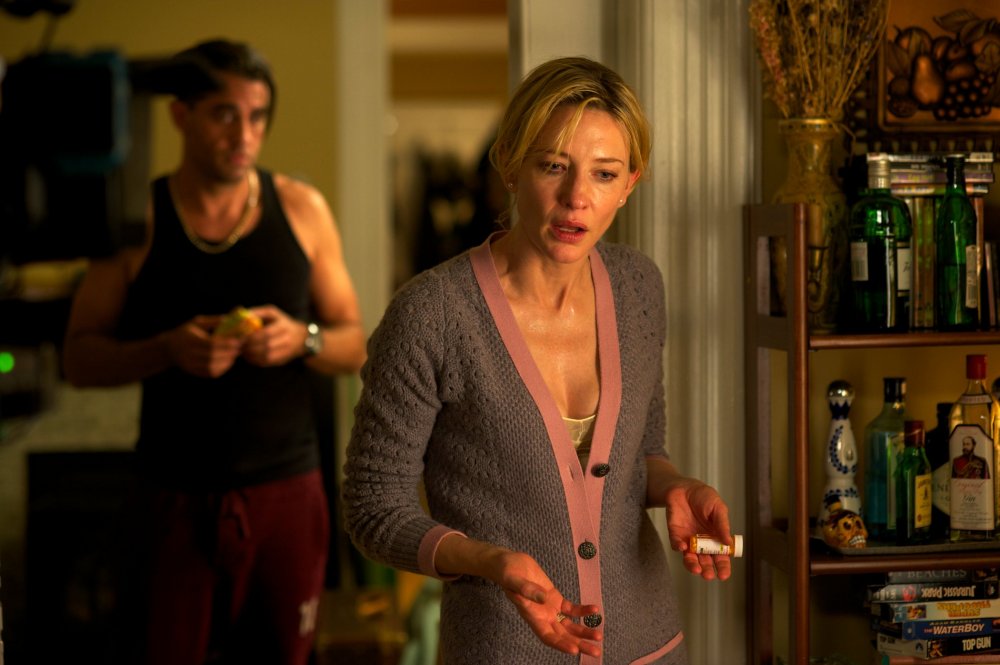 The biggest surprise here, even to those of us who remember his work in the Michael Mann-produced Crime Story, is Andrew Dice Clay, a shock-comedy phenom of the late 80s/early 90s. Hair thin and waist thick, Clay embodies the very spirit of trudging middle-aged regret. He plays Augie, Ginger’s ex-husband, their marriage busted up when Hal defrauded them of their lottery winnings with the opportunity of one of his “very low-risk but very high-yield” investments. If not for Clay’s reproachful presence, a millstone of guilt, Blue Jasmine might seem to prefer the rarefied suffering of the deposed aristocracy to that of the mere commoner. As the symbol of a bad that cannot be undone, though, Augie is both a vengeful narrative boomerang and a recognisable man, vivid in his dashed pride.

When Augie and Ginger come into their money, they know, as people who have scrimped and saved all their lives, that it’s their one shot. For Jasmine, whose entire previous social existence as we witness it, including her philanthropy, is an elaborate act of differentiating herself from “the less fortunate”, it’s inconceivable that the same rules apply to her. Hal, the homme fatal of the piece, says more than once that he likes to “spoil” his wife – and he finally succeeds, in every sense of the word. “Has it occurred to you that you are the less fortunate?” as the line from Whit Stillman’s Metropolitan goes.

Watching Blue Jasmine, the viewer is placed in the position of the old lady on the plane at its opening, strapped in close quarters with maybe the most petty, delusional, narcissistic and abject woman in the 77-year-old Allen’s enormous filmography. The not unimpressive feat accomplished by Allen and Blanchett is that, as Jasmine is finally left to continue her “babbling about her life” alone on a park bench, you can’t but feel for her. Deceived by the promise of ‘Blue Moon’, she was taken in like everyone else, and taken for everything; no less than Mia Farrow in The Purple Rose of Cairo, she fell in love with an illusion, with a lifestyle that was a clapboard set. And while Allen’s self-consciously contemporary film stays part-way lodged in the Great Depression, Blanchett’s Jasmine gets one real, vital tremor of outrage that’s near to an insight: “There’s only so many traumas a person can withstand before they take to the streets and start screaming.”