As an East German wannabe emigré thaws, so does this cool thriller-turned-melodrama – and Catherine Wheatley sees new reason for international audiences to engage with the work of its director Christian Petzold. 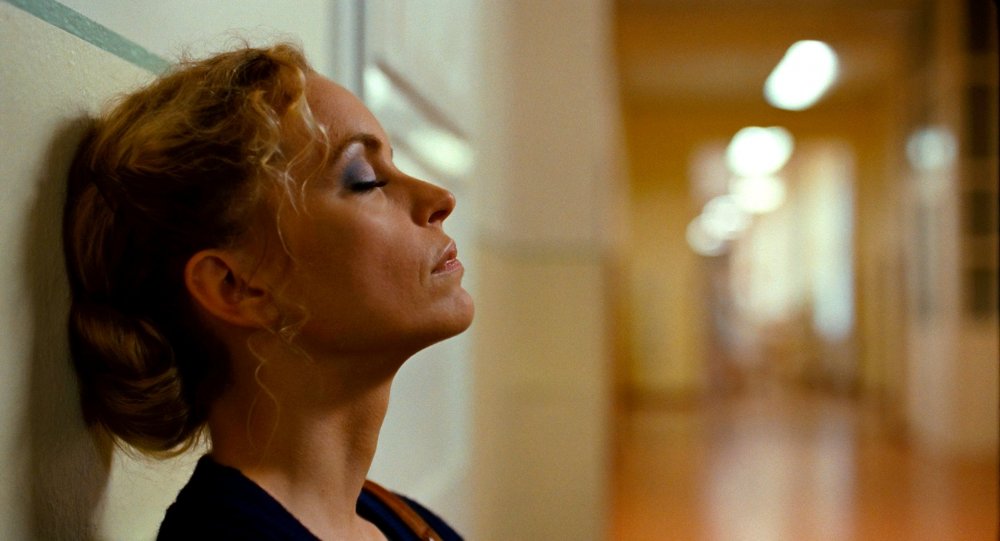 Christian Petzold’s Barbara opens in a nameless no man’s land somewhere in rural Germany. Heavily made-up, clad in a mid-length denim skirt and neat heels, the eponymous heroine gets off a bus and lights a cigarette outside the hospital where she will shortly start work.

All we know of her is that she is a doctor, that she has recently been incarcerated, and that “if she were a six-year-old we’d call her sulky”. This latter description comes from the anonymous man briefing André Reiser (Ronald Zehrfeld), the hospital’s chief medic, on his new assistant. The two men regard the cool blonde warily from their vantage point, high up in the hospital’s offices.

It takes some 40 minutes before we begin to understand where we are and what Barbara’s crime might have been. We hear a passing reference to “the socialist workhouses”; see Barbara’s lover Jörg (Mark Waschke) deliver a covert package of stockings and cigarettes. An elderly man discusses his four-year wait to purchase a Mercedes; a radio blares out news of an Olympic silver medal for runner Christiane Wartenberg.

Little by little, the realisation dawns that we are in 1980s East Germany. The sinister figure surveying Barbara in the opening scenes is Stasi officer Klaus Schütz (Rainer Bock); the offence she has committed was against the socialist state (most likely applying for an exit visa). Despite Schütz’s regular searches of the shoddy apartment she’s been assigned and also, via a female officer, of her body, Barbara is determined to join Jörg in the West. With the premise thus filled in, we wait to see if and how Barbara will escape the GDR and – perhaps more importantly – whether we want her to.

Petzold has long been fascinated with Germany’s ongoing east-west dichotomy, but previous films have been primarily concerned with the legacy of the Berlin Wall and its fall. His feature debut The State I Am In (2000) examined the consequences of life on the run for the 15-year-old daughter of a couple with a terrorist past, hinting obliquely at a Baader-Meinhof connection. Follow-up Wolfsburg (2003), on the surface a melodrama about the consequences of a hit-and-run, gave way to a study of social mobility in a town being revitalised by industry after the dismantling of the Berlin Wall. Ghosts (2005) and Yella (2007) portrayed contemporary Germany as a grim, hard, industrial environment, where identity is shifting and unstable and people merely play at life. The thematic exception is Jerichow (2008), in which Petzold shifted his attention to the more recent issues of immigration and the Afghanistan war, and yet there too the ghosts of the past lingered. 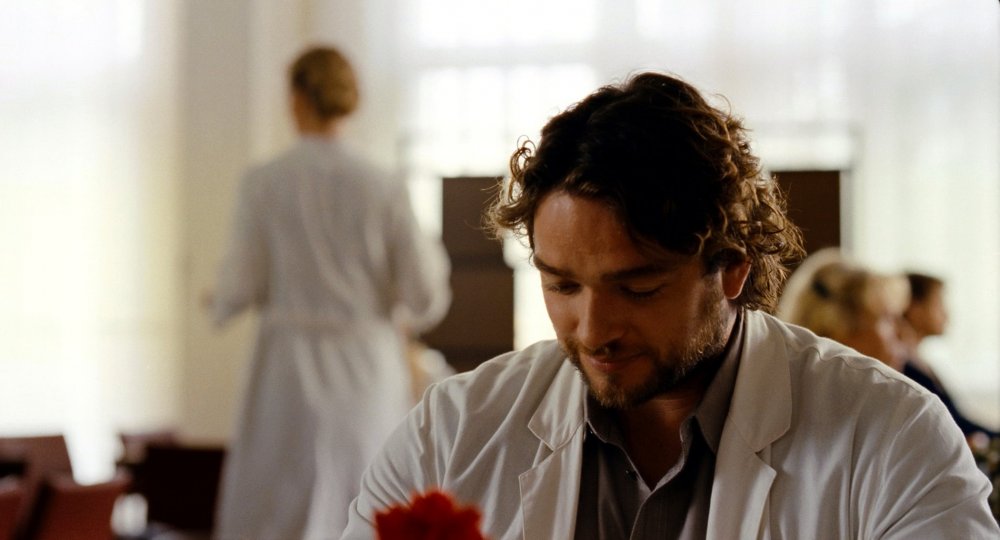 In some respects, then, Barbara marks something of a reverse step for Petzold, looking back to an earlier moment, before the country was supposedly unified. Here the question – both for those within the film and those watching – is one of whom to trust. The script, written in consultation with Harun Farocki, is finely attuned to the atmosphere of suspicion and subterfuge that pervades surveillance states, in which affection and intimidation become indistinguishable from one another. Barbara’s pokey flat and even the sterile, whitewashed hospital are bathed in dim light and half shadows which make it hard to see. Characters are framed separately, at obtuse angles, through doorways and curtain-framed windows. There’s little sign of Petzold’s usual fascination for objects – in particular cars and clothing: nothing gives these people away except their actions, and even those are unreliable. They speak in whispers. Their eyes scour one another for signs of the truth, or hood themselves defensively as they glance away. A knock at the door has the power to paralyse.

Petzold and his lead Nina Hoss, present in every one of the film’s scenes, unfurl her character with magnificent delicacy. This is their fifth collaboration, and his precise direction is mirrored in a minimalist performance that could perhaps only be matched by the likes of Isabelle Huppert. Hoss’s Barbara begins the film with a haughty demeanour and impassive visage (“Don’t be so separate,” André chides her, regarding her sideways from behind the wheel of a car).

However, as circumstances conspire to draw Barbara into the community, there are snatched glimpses of compassion and warmth behind the icy defiance. She shows a genuine concern for her patients, bonding easily with runaway Stella (Jasna Fritzi Bauer), a troubled teen suffering from meningitis, and who, to Barbara’s alarm, also turns out to be pregnant. Reading to her charge from Mark Twain, tenderly stroking her hair, Barbara lets her mask slip slightly. Her lips twitch. The merest hint of a smile appears in her eyes.

And as she becomes less wary, so too do we. As the film moves into its second half, the camera goes in closer, offering a greater preponderance of point-of-view shots and close-ups. In fact, the entire film hinges on the audience’s gradual transition from looking at Barbara – scanning her features for signs of her inner life – to looking with Barbara, working out who is an ally and who an enemy.

As André, the shaggy-haired, soft-eyed Zehrfeld is just unreadable enough to keep us guessing. Even while the film approaches its understated climax, when André’s prickly relationship with Barbara has softened to a nervous alliance, his loyalties remain uncertain. Two of the film’s most tense scenes – masterpieces of subtext – consist of André simply describing an artwork to his colleague. As he talks quietly, didactically, about a Rembrandt painting or a Turgenev novella, the words are weighted with potential double meanings. Are these stories a consolation or a threat? 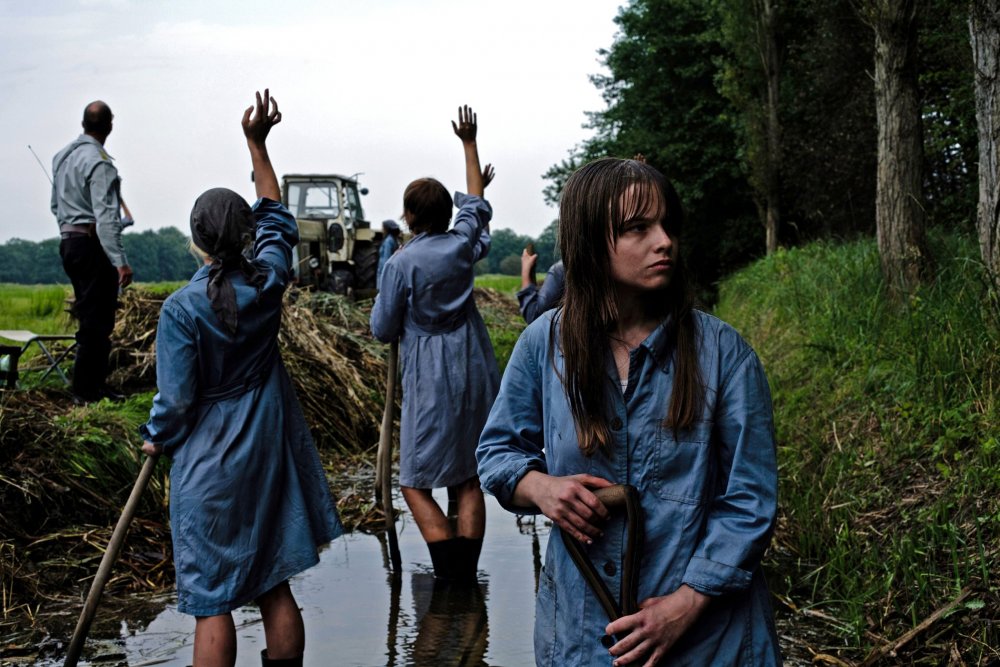 Despite critical acclaim and a number of award nominations, Petzold’s previous work has been largely overlooked by international audiences. This is partly because Wolfsburg and Yella lack the news value of works such as The Lives of Others (2006) or Good Bye, Lenin! (2003), but also because they refuse emotional manipulation. Like his heroine, Petzold has frequently been accused of being overly detached, his films glacial. In Barbara (which won Petzold the Silver Bear for best director at this year’s Berlin Film Festival), the urban Germany of those earlier works – all minimalist modern interiors, grey steel and brushed aluminium, Audis and injection pumps – is transformed by DP Hans Fromm into a palette of browns, ambers, greens and blues, infusing the film with a soft-focus warmth that stands in counterpoint to the chilly gusts of wind blowing ceaselessly through the small town and the woods surrounding it.

The timeless aesthetic and uncanny setting lend a ‘there but for the grace of God’ quality to the film, forcing us into closer proximity with Barbara’s situation. And as we reach the closing act, the possibility for redemption enters Petzold’s purview. As André and Barbara are finally shot together, facing one another, Hoss’s hard-set mouth finally breaks into a full smile. The moment of release foreshadows Barbara’s ultimate, quasi-maternal sacrifice, which transforms the film in its dying moment from thriller to melodrama and imbues all that has gone before with an uncharacteristically moral undertone. For Barbara, detachment is a mode of survival, for Petzold an aesthetic strategy. But by the film’s conclusion, it seems that both may have softened somewhat. Neither is worse off for it.