Film of the week: Aurora

Romanian writer-director Cristi Puiu follows up The Death of Mr Lazarescu with a slow-burning depiction of a serial-killing spree, starring himself. Ryan Gilbey feels complicit. 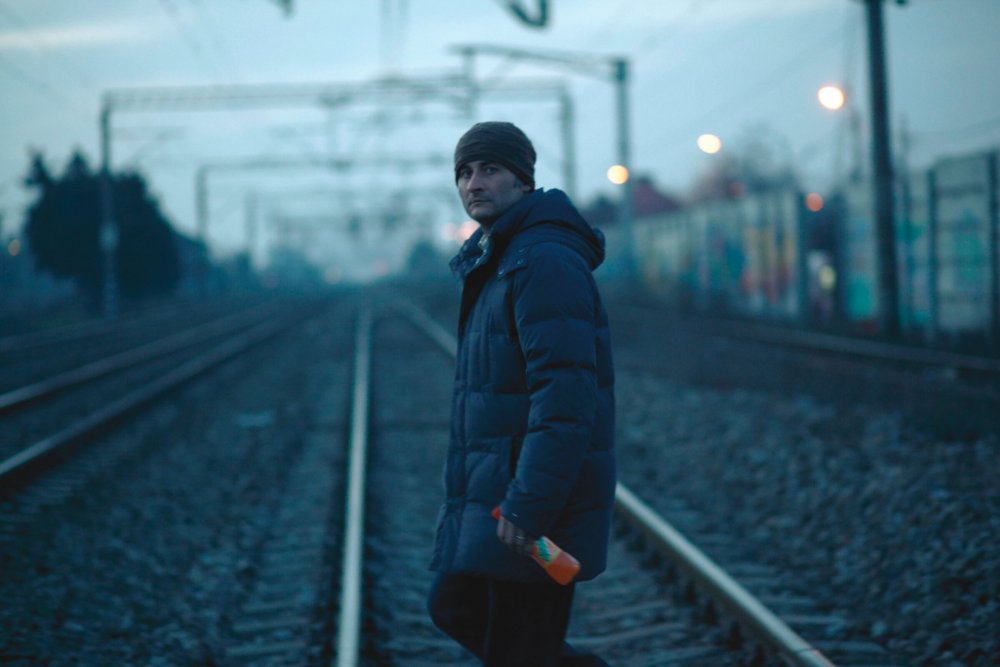 Directors who take the lead role in their own film can never be accused of allowing creative decisions to be made on the casting couch. But there are other benefits too, not least the access such a choice provides to submerged levels of meaning.

Nuri Bilge Ceylan invited a biographical frisson by casting himself as a selfish lover in Climates (2006) opposite his wife Ebru Ceylan; the masochistic humiliations for which Roman Polanski volunteered in The Tenant (1976) seem now to suggest a man nominating himself for punishment for crimes unspecified, or not yet committed. Cristi Puiu gives a taciturn portrayal of a bitter but methodical killer in Aurora, and there’s an extra intensity generated by our knowledge that it is Puiu who plotted out the terrible actions of his character, Viorel, as well as deciding how to stage them for the camera. Film and performance share the same dogged, implacable quality.

As with Puiu’s riveting 2005 film The Death of Mr Lazarescu, the drama of Aurora (the second of his proposed ‘Six Stories from the Outskirts of Bucharest’) is restricted to a relatively short timeframe – in this case, approximately 36 hours, during which Viorel, a divorced and redundant (or demoted) engineer and father of two, commits four murders. The first pair of killings are decontextualised almost to the degree of Alan Clarke’s Elephant (1989): despite spending nearly half the film’s 170-minute running time with Viorel as he prepares for this double shooting, we know virtually nothing about him and even less about his victims. The camera follows him as he creeps furtively across railway tracks, between parked lorries and through a factory; it loiters in adjacent rooms as he plods glumly around his paint-stripped apartment. He endures common-or-garden irritations (a leak from the upstairs flat, an interminable wait to buy a piece of cake) that intensify his air of mute disdain. But we are none the wiser about his motives by the time he opens fire on a couple in an underground car park. The wide shot in which the killing is framed only underlines our remoteness from the action and its meaning.

Puiu the filmmaker is as meticulous in withholding information as Puiu the actor, whose hawkish, flattened profile suggests a gravedigger hit in the face with his own shovel. Clues remain sparse until a police interview unpicks the film’s mysteries in the final 20 minutes, but what changes before then is emphasis: once we have seen that Viorel is capable of murder, his most innocuous gestures assume a paralysing weight. The film places him in situations that only exacerbate his volatility and our dread – a clothes shop where the assistants cower from him; a school where his daughter’s teacher challenges his decision to take the child home early. Even as he denies the audience any tidbits of information, Puiu steers our responses as fastidiously as any straight-arrow genre director. 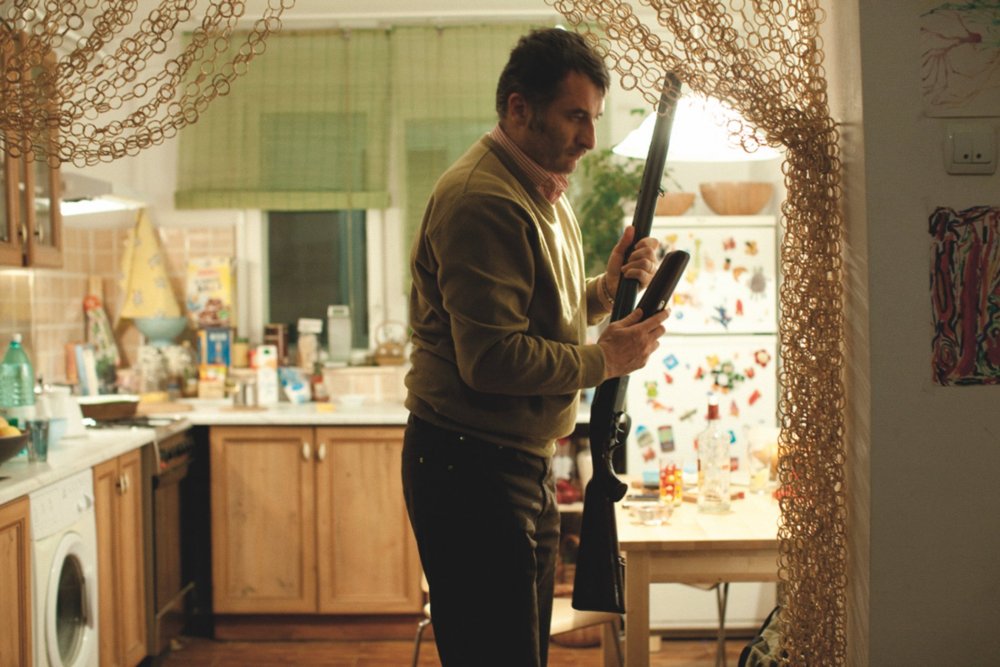 It’s almost a shame that the details of Viorel’s victims and motivation have to be revealed at all, since there is an obscure purity to the film as long as his actions are divorced from exposition. Once it invites us to piece together the trail of suffering, from the mise en scène (a yard criss-crossed with washing lines on which children’s clothes ripple on the breeze) to the terse dialogue between Viorel and his former mother-in-law, the film sacrifices some of its potency for a wronged-husband revenge story torn from the tabloids.

Despite this, the power generated by Puiu’s positioning of the camera never wavers. Though there are handheld tracking shots to keep tabs on Viorel’s movements outside, the predominant camera angle looks out on the action from its vantage point at the back of a room, with the door frame within the screen creating a restricted space into which the actors find themselves crammed. That camera renders us not so much voyeurs as accomplices. Stuck on the back seat of Viorel’s car (he looks almost straight into the lens whenever he twists round in his seat to reverse) or waiting in the living room of a suburban house while he beats to death the owner off screen, we are complicit in crimes of which we have at best a limited understanding.

There have been suggestions that Aurora is a black comedy, but even the gallows variety of humour that characterised Mr Lazarescu is entirely absent, the better to convey the asphyxiating effect of violence on Viorel and his world. A smile might be raised by his visit to his childhood bedroom, its ELO posters proudly displayed, but the nearest thing to an outright gag is the use of a jaunty Four Tops song blasting out of a supermarket PA system. Even that turns out in retrospect to allude to the catalyst for Viorel’s breakdown: “It’s the same old song / But with a different meaning since you’ve been gone…”