Film of the week: About Elly 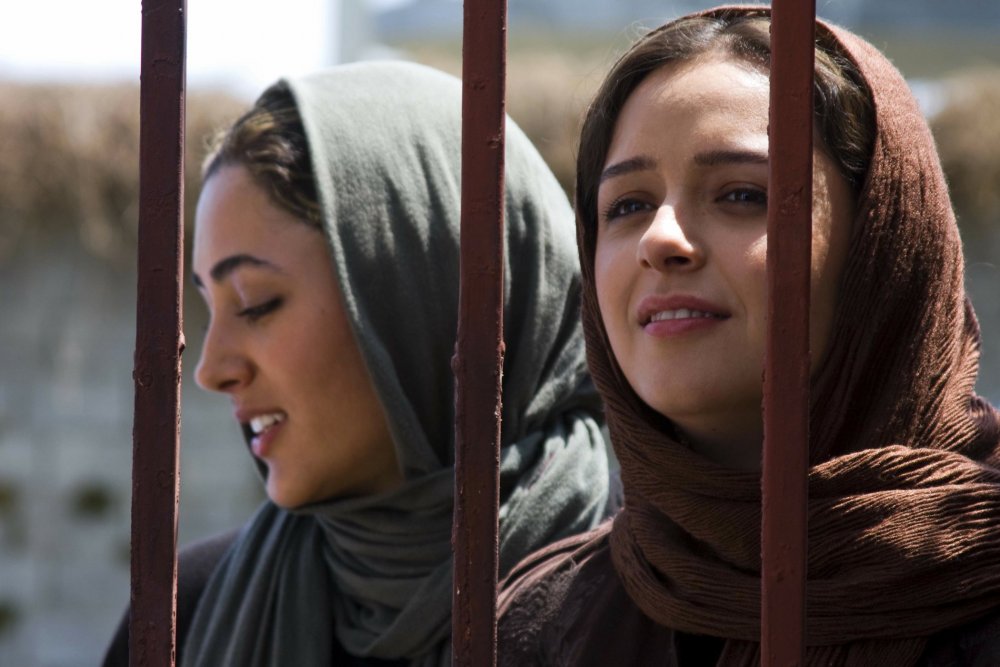 With his most recent feature, A Separation, Asghar Farhadi picked up a well-deserved slew of international awards, culminating in the Academy Award for Best Foreign Film – making him the first Iranian director to win an Oscar. On the strength of that acclaim we now have his previous film, 2009’s About Elly – with the one before that, Fireworks Wednesday (2006), due out on DVD in the autumn. On the strength of two films so far, this reverse exploration of his back catalogue should be a revelatory experience.

About Elly starts with a group of friends driving fast through a tunnel, yelling with exuberance at the prospect of a weekend’s holiday. It ends two days later on a Caspian beach with them trying – without much success – to push one of their cars clear of the encroaching waves. These bookending images accurately reflect the film’s trajectory: from carefree exhilaration to bleak, bogged-down misery. A life has been lost, self-respect shattered, friendships and possibly marriages destroyed; there’ll be no happy shouting in the tunnel on their return journey.

Here as in his subsequent film, Farhadi focuses mainly on the Tehrani upper-middle-class – educated, cultured, pleasure-seeking, only marginally religious. On the face of it, he’s venturing nowhere near the dangerous territory that led his colleague Jafar Panahi to be censored and jailed by Iran’s ruling ayatollahs. Yet as in A Separation, it’s not hard to detect a subtext: a critique of the lies and evasions that permeate Iranian society.

Three married couples, all friends from their college days, set out for a few days’ villa break on the shores of the Caspian. Along with them they bring two unattached individuals. Ahmad, the brother of one of the wives (played by Shahab Hosseini, the working-class husband in A Separation), is over from Germany, having recently got divorced from his German wife. Elly, a sweet rather shy girl in her early 20s, is a teacher; one of her pupils is Morvarid, the young daughter of another of the wives, Sepideh. Sepideh has talked Elly into coming along in the hope that she and Ahmad may link up. What she knows – but no one else in the group does – is that Elly is already engaged, something that only emerges towards the end of the film. 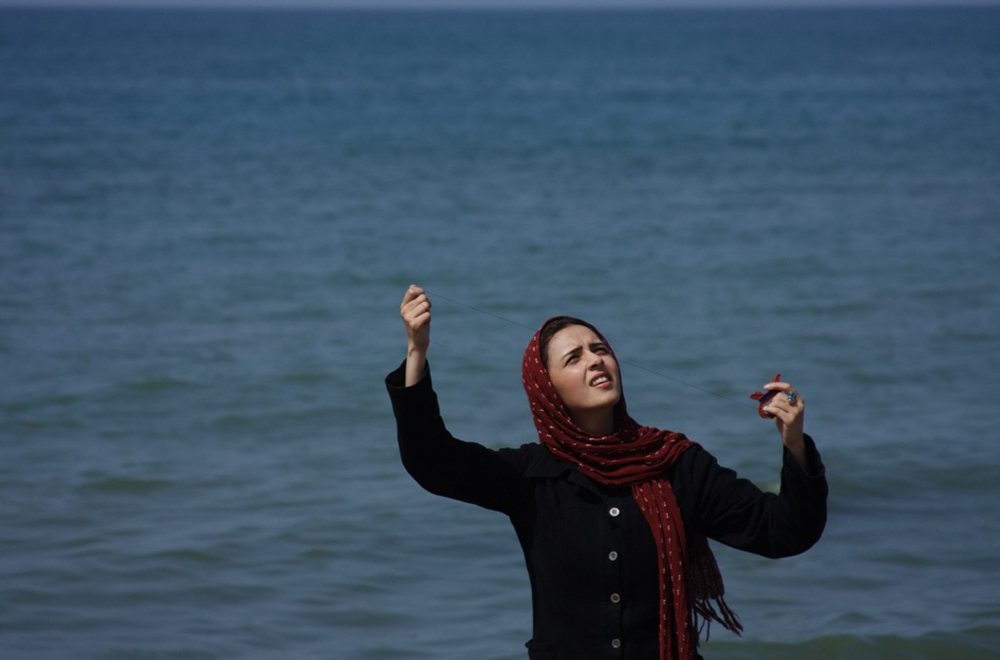 It’s from this initial deception that the whole disastrous sequence unfurls. Despite its title, Farhadi’s film is really less about Elly than about Sepideh. As played by Golshifteh Farahani (Body of Lies) she’s charming, vivacious, the unacknowledged leader of the group – and dangerously prone to believing that matters can always be adjusted to suit her desires. On their arrival at the villa complex, it turns out that the villa they wanted for the weekend is only free for one night – and that Sepideh knew this, but didn’t mention it to the others, working on the assumption that “something could be arranged”. She then persuades the caretaker to open a disused villa for them on the pretext that Ahmad and Elly are newlyweds – a lie that not only leads to Elly’s embarrassment, but will later backfire badly when her fiancé Alireza shows up.

At first, though, the group’s high spirits are undampened. Reverting to the carefree mood of their college days they dance, sing, horse around, joke about the unlockable toilet door, even play charades – in which Elly is induced to join, though always with a hint of reserve. At this stage the only discordant note comes from the caretaker’s young son, who has shown them to the villa. While the adults fool around we get a brief shot of him watching, his expression blank and unreadable. It’s a moment that recalls the glance exchanged between the two little girls towards the end of A Separation, as the behaviour of their respective parents deteriorates ever further.

The film’s last moment of unshadowed joy comes when Elly, left alone to look after the kids, runs up and down the beach flying a kite to entertain them. Farhadi’s camera follows first her, then the kite, with lyrical swooping movements that mirror her delight and theirs. It’s the last time we see her alive. Barely a minute later her pupil, Sepideh’s daughter Morvarid, comes running to the men playing volleyball behind the villa, crying that Peyman’s son Arash is “in the water”. And the handheld camera, a moment ago so enraptured, now mimics the mood of panic as the men (the other two wives are away buying food) rush frantically about, shouting contradictory orders to each other, before Ahmad rescues the boy.

“Cinema audiences have grown more mature,” Farhadi has remarked, “and directors can no longer be content with force-feeding them a set of preconceived ideas… A film must open up a space in which the public can involve themselves in a personal reflection, and evolve from consumers to independent thinkers.” As in A Separation, we’re not told what to think of these characters but left to make up our minds, with no laudable figure we can easily identify with. Once it’s clear that Elly has vanished, perhaps drowned, the friends start to turn on each other, trying to shift responsibility or assign blame, even bad-mouthing the absent Elly. Nobody shows up well. 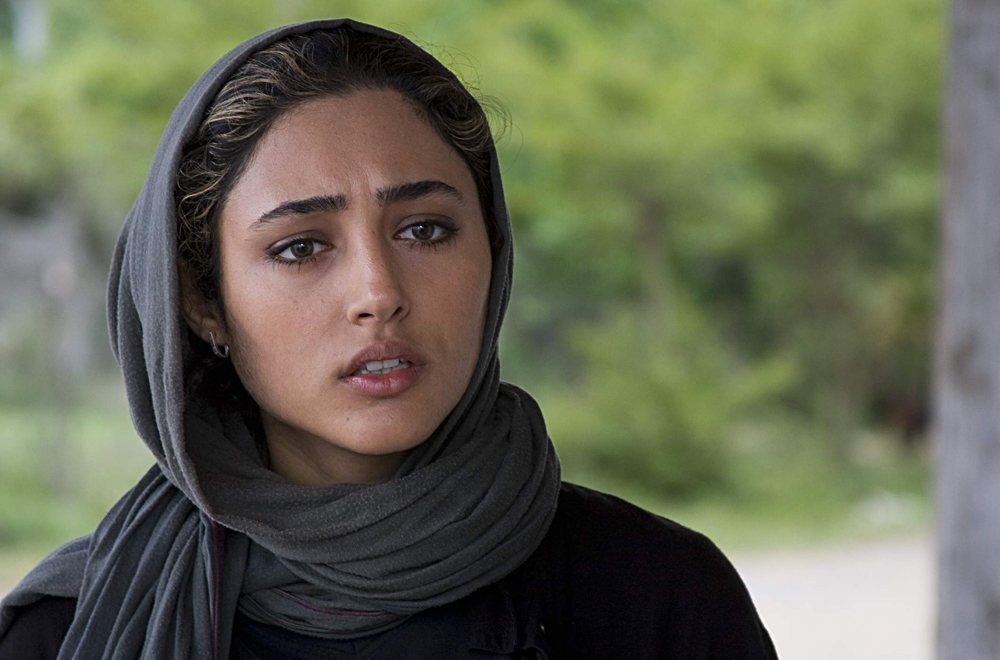 Lies are exposed, new ones concocted. Sepideh is forced to admit that she knew the young woman was engaged, but now claims Elly was unhappy with the engagement and wanted to break it off. By this stage, though, we can’t know if this is another self-exculpating lie. Not that Sepideh is alone in this. Despite frequent pronouncements that “the best thing to do is tell the truth” virtually every member of the group continues to pile lie upon lie, to each other and even to themselves, almost it seems as a reflex action.

Here too, Farhadi’s camerawork mirrors this intricate complex of deceit, often roaming around the villa in long unbroken takes, picking out expressions of resentment or mistrust, flitting from one character to another as if weaving the skein of untruths that binds them unhappily together as the mood darkens towards final desolation. Violence breaks out: Amir beats his wife Sepideh, afterwards remorsefully claiming he’s never done it before, and when Alireza arrives and hears of the ‘newlyweds’ fiction he hits Ahmad. But it’s the verbal assaults that do the most damage, as we watch relationships fracture and crumble.

It’s of a piece with Farhadi’s aversion to ‘force-feeding’ his audience that, apart from a plangent ‘Song for Elly’ over the final credits, he makes no use of music to direct the mood of the action, relying instead on script, lighting, camera technique and the skills of his ensemble cast to convey what he intends. Comparisons have been made with L’Avventura (1960), but apart from their similar motivating incidents the two films have little in common. Antonioni is largely indifferent to the dynamics of the group after their friend has vanished, while for Farhadi it’s the chief rationale of his emotionally devastating film. “A bitter ending is better than an endless bitterness,” Ahmad tells Elly, quoting his ex-wife. As it turns out, he and his friends must endure both.

With the silencing of Panahi, and the self-exile of Kiarostami and the Makhmalbaf clan, it’s evident that Farhadi is potentially the most powerful and individual voice operating within the Iranian film industry. If he can avoid antagonising the ever-touchy ayatollahs, he seems set to become a major creative force in world cinema.

Related to Film of the week: About Elly