In print and digital from 8 September. 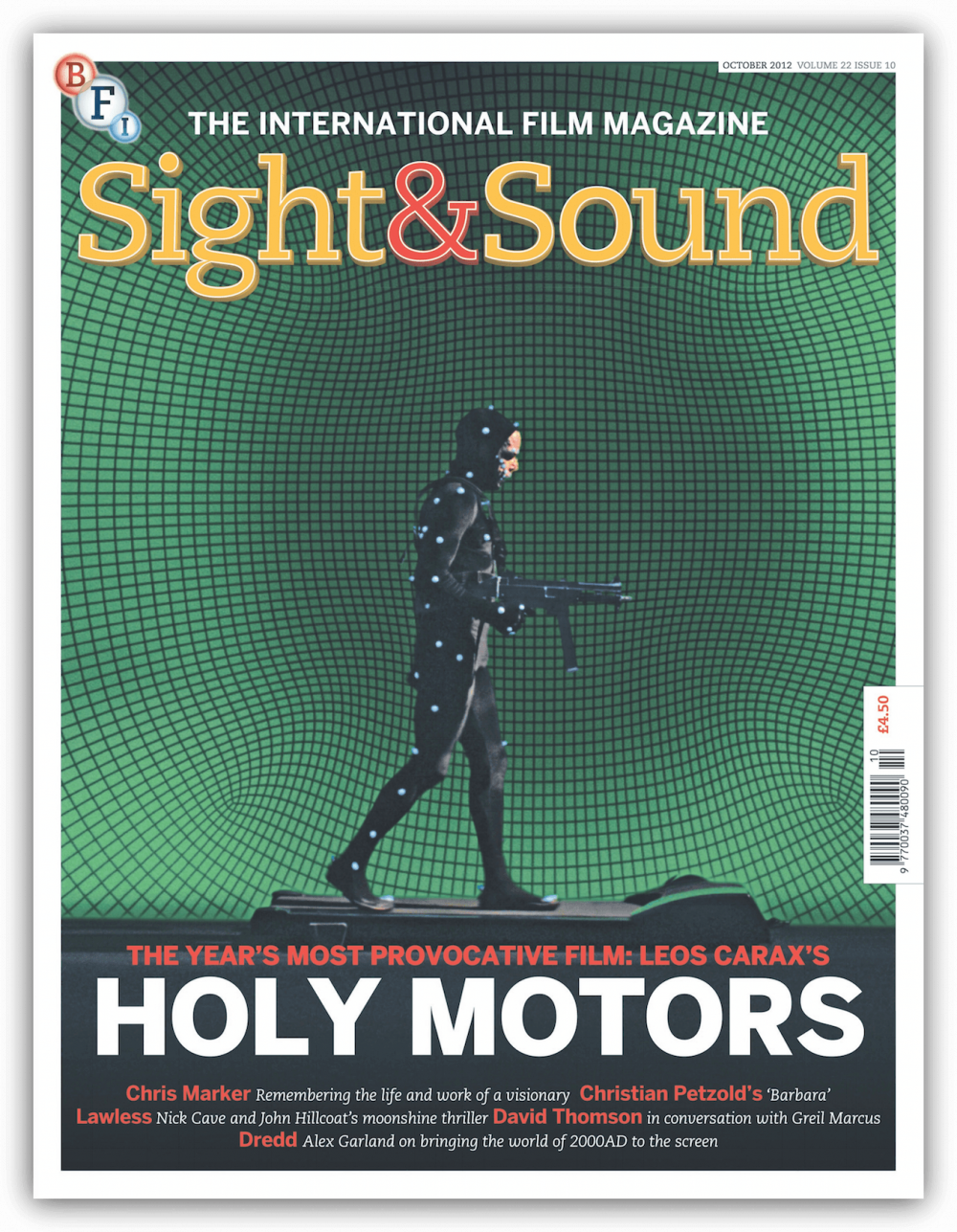 Our October issue kicks off with an illuminating look at Holy Motors, the daring and unclassifiable new film from provocative French maverick Leos Carax. David Thompson decodes the complex web of cinematic homages and references at play in Carax’s dazzling and film-literate one-off.

We also remember a French innovator from an earlier age: the great Chris Marker, who died in July this year, and who was always so much more than just a ‘documentary filmmaker’. Catherine Lupton introduces our coverage, which features tributes from directors inspired by Marker’s towering example, among them Agnès Varda, Patricio Guzmán, Chris Petit, José Luis Guérin, Patrick Keiller and more.

Kim Newman enjoys Dredd, a new take on the helmeted futuristic lawman Judge Dredd, and writer Alex Garland tells David Jenkins how he was committed to staying true to the raw, borderline-psychotic spirit of the 2000AD comic-strip original; Michael Atkinson explores the history of the moonshiner film – a rural and largely disreputable subgenre of the Hollywood gangster movie that’s back with a vengeance in its bloodiest incarnation yet courtesy of the Nick Cave-scripted Lawless; and Nick Hasted talks to Christian Petzold, the leading light of the Berlin School of filmmakers, famed for the uneasy gaze they’ve cast over modern Germany, whose tense and probing new film Barbara turns his attention to communist East Germany in the last decade of its existence.

We also launch our new ‘Sight & Sound Interview’ feature this month, as the great American critic and cultural historian Greil Marcus talks to David Thomson about Thomson’s latest book The Big Screen, and about a life spent watching movies.

Our comprehensive reviews pages include in-depth looks at Oliver Stone’s Savages and Andrew Dominik’s Killing Them Softly, and we also review the most interesting books, DVDs and Blu-ray releases. All that, and much more besides…